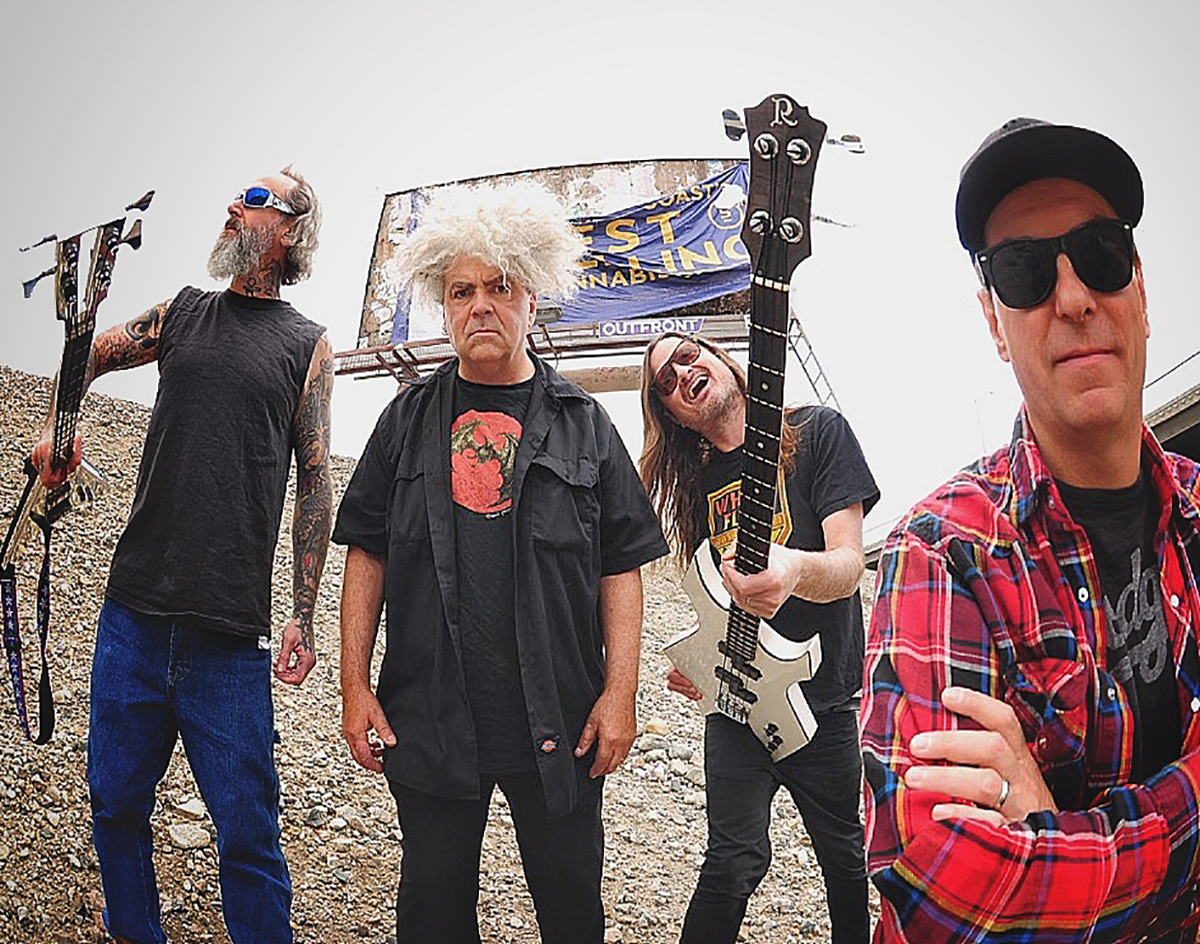 The Odds Of Us Getting Getting Melvins Frontman Buzz Osborne In A Cowboy Costume For The Band’s Set At Trees On Halloween Is More Likely Than You Think.

The Melvins have been together since the early 1980s; That’s a few lifetimes for most bands. From inspiring bands such as Nirvana and Mastodon, to blending their love of Kiss, Black Sabbath and psychedelia into a juggernaut over a few dozen releases, the band has never wavered with what they want to do.

As with almost any band 35 years into its run, the Melvins has significantly rotated its lineup over the years. Original vocalist/guitarist Buzz Osborne and longtime drummer Dale Crover have combined with Big Business in the past for a two-drummer combo and have lately worked with two bassists: Steven McDonald from Redd Kross and Jeff Pinkus from the Butthole Surfers. The Melvins’ latest release, Pinkus Abortion Technician, came out last year.

For the band’s current tour with glam power-pop legends Redd Kross, Dale Crover is on double-duty, along with McDonald. We spoke to Crover a few hours before the band played the Waiting Room in Omaha, Nebraska, and touched on everything from Halloween costumes to pounding the hell out of a drum set — and a related herniated disc — to what the band plans to do next.

Since you guys are playing Dallas on Halloween, we’re curious to know what Halloween was like when you were growing up?
I loved trick-or-treating. It was great. Taking giant pillowcases and filling them full of candy. I would say it’s one of my favorite unofficial holidays. It’s gonna be a blast playing in Dallas, I’m sure. Deep Ellum, I imagine, gets crazy. [Laughs.] I’m a little bit disappointed I won’t be able to spend it at home with my family because we all love Halloween. But Daddy’s gotta work. Daddy’s gotta make the money. [Laughs.] I’m not sure if we’re gonna dress up yet, but you never know.

Did you have a favorite costume when you were a kid?
[Laughs.] Buzz just said he’s gonna dress up as a cowboy. I was Paul Stanley one year… he’s the easiest to do. There were two Dennis Hopper costumes I had: one was the Easy Rider Dennis Hopper and the other one was the Blue Velvet Dennis Hopper. That was a fun one — going to the medical supplies place, asking for a mask and they’re like, ‘Um, we don’t normally sell those things to people.’ I’m like, ‘It’s for a Halloween costume.’ [They responded with] ‘Oh!!! We’ll sell it to you then.’

Did you quote any lines from Blue Velvet and freak people out with “Daddy wants to…” or Pabst Blue Ribbon?
Of course. I think we had the party at our house. My wife dressed as Dorothy from the movie, [it was] a pretty creepy costume. A few years ago, me and my wife had a good one [from] The Birds. I was dressed up as Alfred Hitchcock and she was Tippi Hedren. That was probably the last good one that I had.

Did she have birds attached to her head?
Oh yeah. Totally. And I had a big cigar, and a pillow stuck in my shirt.

Can you dispel something I read in Modern Drummer in 1996? As a drummer, I feel obliged to ask you this question. I do not remember who said it, but someone mentioned you jump off your drum throne whenever you hit a cymbal. Is there any truth to that?
I supposed that’s a bit of an exaggeration. When I was younger I was a bit more animated. The music would make me go bananas. Plus, what we do is jump around like a bunch of apes onstage. [Laughs.] My drumming has definitely changed. I use a bit smaller stuff than I used to. I don’t know exactly why, other than experimenting with things. Back in 2012 we did a tour with Trevor Dunn playing standup bass and I kinda thought a big huge drum set with giant sticks doesn’t really fit that. Though it was still pretty loud, I’m sure I could have gotten away with a regular drum kit. I have a new drum set that I bought last year that’s definitely smaller, but it’s more of a classic size, I guess. But to answer your question, possibly! [Laughs.]

I remember watching the footage of you guys playing Lamefest in the Hype! documentary and it seemed like you were kind of off your throne, but kinda not.
I definitely threw more of my body into it. And I kinda hunched a bit. We had to cancel a European tour recently because I had a herniated disc in my back. I don’t know if you’ve ever had a back injury…

Not yet!
I kinda had to change my posture a little bit playing drums, [and just] sitting up straight. [Laughs.]

When I originally learned to play the drums, Nirvana was a big influence, and it seemed like Nirvana kicked all its previous drummers out because they didn’t hit hard enough, so I told myself to hit hard. As it turned out, I’ve been thrown out of a band for playing too hard. As someone who has seen a lot of bands, if your drummer is hitting hard, he’s actually doing a good job. Do you agree?
Oh yeah. Something Buzz has always said is, “I don’t trust drummers who don’t break a sweat.” And I think that’s good. I just saw the Rolling Stones play. I saw a 79-year-old Charlie Watts play a two-hour set. He broke a sweat. So, that’s inspirational for me that [he] could do it. They were amazing. Never seen the Stones before and have been a longtime fan.

Are the Melvins working on any new material to be released next year?
Yeah, we always are. We’ve got some things in the can. We’re working on a new record and we’ve done collaborations with various different people: One with Flipper, one with Al from Sleep. We [also] did one with Redd Kross.