[Q&A] Ishi Is Working Well With Others These Days. 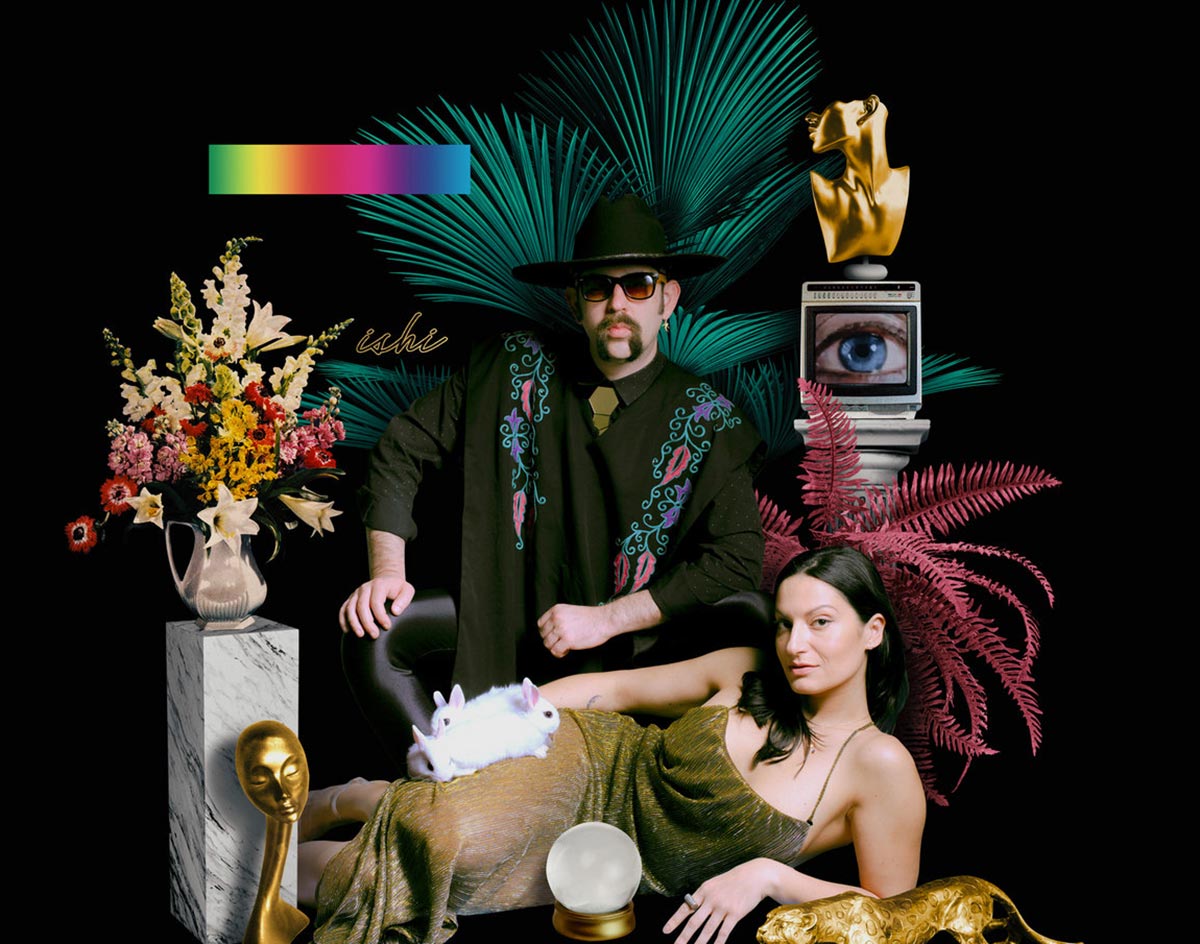 Before Releasing His Hyper-Collaborative Third LP, Ishi’s JT Mudd Discusses Pandemic Fits And Starts, And The Value Of Vibing With Other Artists.

Working with a slew of Dallas-based artists like Cure For Paranoia, The Grays and Ronnie Heart on his forthcoming Ishi record Mudd says the 14-track Sweet Gold — his first full-length release since 2013 — is the most collaborative LP he’s made yet.

It’s also one that he’ll celebrate the release of back in his hometown with a show on September 24 at Ruins’ Limbo Room.

In advance of that release and ensuring party — and with Ishi recently releasing the music video for its Cure For Paranoia- and Rudi Devino-featuring single “Goody Goody” after having already dropped three additional songs from the album — we recently caught up with Mudd over the phone to discuss the making of the new album.

We also discussed how he’s weathered the pandemic as a creative, the progression of Ishi over the course of its more than 10 years in the game and what he hopes to do in the near future.

Did the pandemic in any way affect Sweet Gold?
I guess it was kind of a blessing in disguise. I was planning on putting this record out in 2020, but it just obviously didn’t make the most sense. It allowed me to throw some Hail Marys, add some other tunes, go through the record with a fine-tooth comb and give it the best shot possible.

Did you record in various studios or mainly one?
I did one track called “Fly Away” with a producer in Nashville; I wrote the title track in Nashville and then I recorded it back in Dallas. But the majority of it was recorded in Dallas. During the pandemic, I also moved to Houston to be with my girlfriend. So I finished the record in Houston.

What’s your mindset with this album release show, what with the pandemic and all?
It sucks that the music industry is kind of at the forefront of this predicament. I don’t know, man. I’m not gonna say it’s easy. I’m in limbo between shows. I don’t have a day job, which I’m kind of looking into now. [Laughs.] Whatever happens happens. I was supposed to do a show in September in Fort Worth, and that just got canceled because of rises in cases. I really just try to stay positive. It’s kind of out of my hands if they get canceled.

As a concertgoer, what goes through your mind about seeing a show right now? Regardless if it’s a national act or a local act, do you want to wait or would you be willing to go see music now yourself?
Honestly, there is not a lot of people I want to see right now! [Laughs.] Being in the business, I’d rather support friends and the community over anything else. It’s being a team player and helping somebody out who needs it. I do it for a living. I don’t mean to sound cynical, but [going to shows] is not a priority like it was in my younger age.

Your live shows are renowned for being spectacles and great times. What goes into preparing an Ishi performance? Do you put a set list together and get the right patches together? Is there a lot of work involved?
In our early days, when I had a drummer, a guitar player and back-up singers, we’d practice every week. I was very vigilant on that. And then, in the middle of our career, members decided to make the best life decisions for them. So, since around 2016 or 2017, I switched it to a great lighting show and back-up dancers, and female guests. In a roundabout way, there’s really no rehearsals. We’ll go over a few tunes during soundcheck. The dancers are pretty much freeform. For doing it so long, practicing takes the joy out of it for me. There’s not much rehearsal. We lock in with it.

I keep hearing about there are long delays at vinyl pressing plants for smaller acts. Like, sure, the Foo Fighters and the Beatles get priority at the plants, but for acts smaller than them, they’re having to wait at least six to eight months for their vinyl. What’s the situation for Sweet Gold?
We’ve been fortunate. We already have our vinyl. I guess the label did it somewhere over in Sweden. When we got signed, the record had some final touches, some mastering. We had the full record in March or April, and made the vinyl pressing in May. It was a four-month turnaround.

That’s encouraging!
I’ve heard there was a shortage or something like that. I think it gets down to planning properly. For most independent artists, vinyl is expensive and it unfortunately can’t be always planned properly.

What do you hope to do between now and the end of the year with Ishi? Shows, and getting the record out, obviously. But what else?
This is the first time that I’ve ever had a label and management behind a record, so it’s exciting to see what happens with this project. Hopefully, there is some progress. It comes out September 24, and I’m doing my Dallas release party on the same day. I don’t really know. I’m still being creative, I’m still writing. I have a fourth and fifth record that are 75 to 85 percent done. I plan on wrapping up those records. I’d like to do more collaborations with artists. I do have a collaboration with Maceo Plex. I’m singing on one of his singles for his record that’s probably going to come out in 2022. I really want to stay creative and be collaborative with other artists. That definitely is a lot more fun when you have another artist that you like and vibe with, and they trust you, giving their song some new life.

Ishi celebrates the release of Sweet Gold on Friday, September 24, at Ruins. Head here for tickets and more details.