[Q&A] Is A Reunited Jawbox A More Balanced Jawbox? 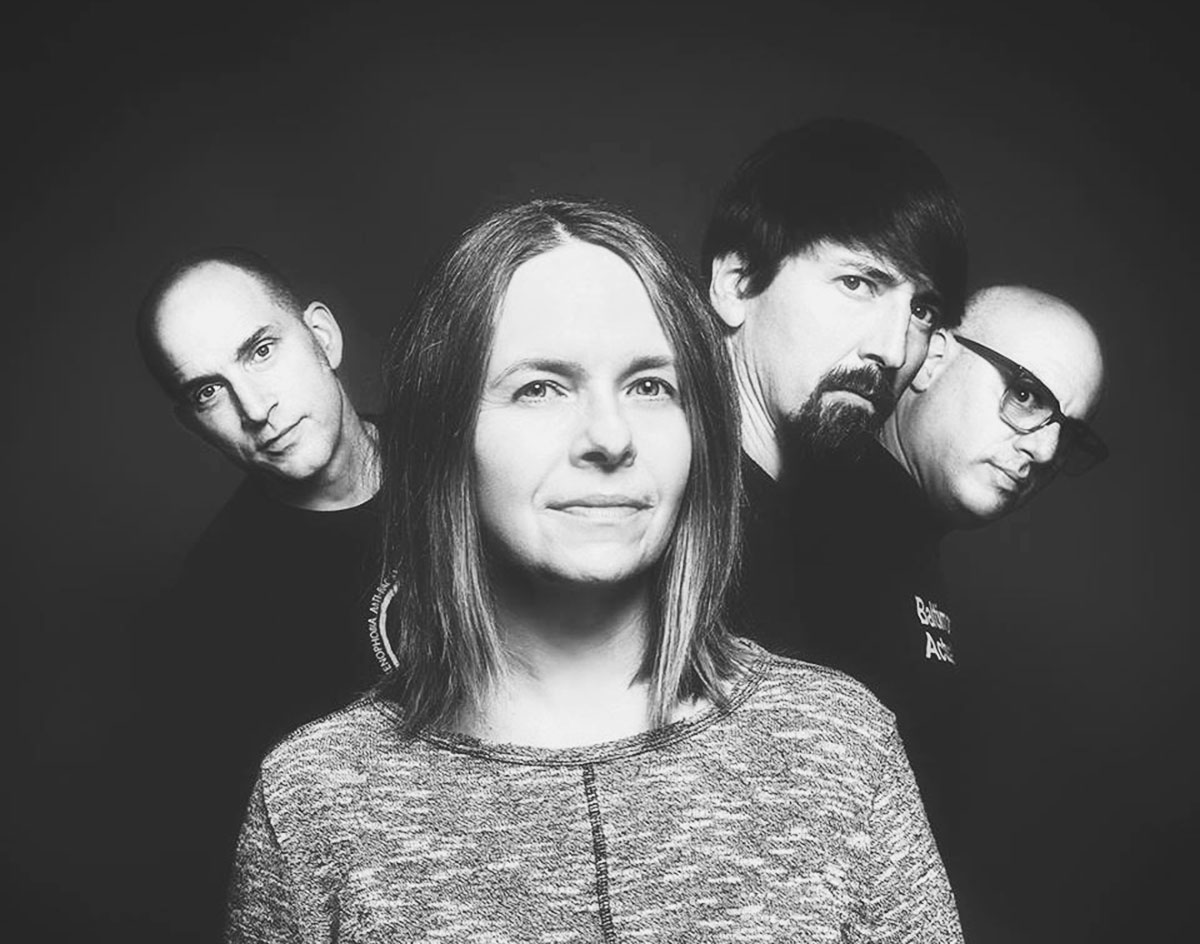 After More Than 20 Years Away From The Stage, Revered ’90s Punks Jawbox Reunite To Tour The Country (While There’s Still A Country To Tour In).

Back in 2009, Jawbox surprised a lot of people when it reunited to play a set on Late Night with Jimmy Fallon.

It was random as all get out, that’s for sure. But it was also pretty great to see guitarist/vocalist J. Robbins, guitarist/vocalist Bill Barbot, bassist Kim Coletta and drummer Zach Barocas playing together — and playing quite well, at that.

Ten years later, the band has surprised fans once more. Earlier this year, the band announced that it would be embarking on a reunion tour across the United States. Along with a gig in its hometown of Washington, D.C., the tour would also take the band to New York, Los Angeles and Chicago. And, on July 19, it will bring the band to Dallas for a date at Trees.

Considering that the band that broke up in 1997 following the departure of Barocas, its legacy of four proper albums (Grippe, Novelty, For Your Own Special Sweetheart and Jawbox) has impressively carried on. But it’s important to remember that, even with Robbins has worked with as a producer (The Promise Ring, Clutch, The Sword, Tiny Moving Parts and so on), Jawbox is not some easily forgotten band. Back in its heyday, the band was signed to Atlantic Records and Dischord Records, and was tourmates with Stone Temple Pilots.

For longtime fans and those who never saw them or were too young (or not even born) when Jawbox was originally together, the reunion tour is a welcome development indeed. In advance of the tour’s Dallas stop, we recently caught up with Robbins over the phone to talk about his feeling on the reunion, his memories of past visits to North Texas and why 2019 is the best time for his band to do a reunion tour.

As somebody who has admired what you’ve done with Jawbox, Burning Airlines, Channels and Office of Future Plans on top of your solo material, I should say: I was never the type to beg for Jawbox to reunite.
I appreciate that! [Laughs.]

I bring that up because I think it can be a little insulting to demand a reunion from musicians who are still active in other projects. Did you ever feel that way when people would ask if Jawbox could reunite in say, 1999 or even 2006?
No. I think there were points when Burning Airlines was together where I felt it. Remember, this is in the context of being much younger and having had Jawbox come to its end and wanting to move forward. I’m sure Zach felt this way, too, when he was doing The Up On In or Bells — that it’s OK, or even nice, if people want to talk about Jawbox, but I want to move forward and do new things. So, that was a very small piece of the picture. Generally, for all four of us, we’ve all been highly appreciative that anyone cared about anything that we did. In all this time, if anyone has something good to say about Jawbox or had a use for Jawbox in their lives, we’ve all been very appreciative of that.

Was the last time you were in the North Texas area was to record Red Animal War’s Polizida at the Echo Lab?
I think that’s right!

With all your travels through North Texas, anything stick out? Good or bad.
OK, now you put me on the spot. I tend to have flashes of memory of things. Like, I remember on Jawbox tours, it was always cool to go to Direct Hit Records. I loved that store. Texas is a pretty different place. That’s the fun of being on tour — being able to be in a different place and knowing you’re not at home anymore. I think we played with Jon Spencer Blues Explosion at Trees. They were pretty amazing.

Do you have any memories of when Burning Airlines played Trees with Rival Schools and Red Animal War in 2001?
The vaguest. It was right before 9/11. I remember we were in El Paso on 9/11. We were on our way to play in Arizona. That fucked us up pretty good. [Laughs.]

I remember that sow pretty distinctly. You started it off with no voice and, by the end of it, I don’t know if you could even speak anymore.
Yeah, that was pretty typical. I actually started going to a coach for this [Jawbox] tour. I mean, I’d lose my voice every time. It really bummed me out. The first show, I’d feel like a million bucks. Then, after that, it degrades rapidly. But I’m trying to do some things to gain control of the situation. I would be really upset with myself if I lost my voice on this tour. So far, it’s been working out. I’m going to Neil Fallon from Clutch’s voice coach.

When Bill and Kim split up a few years ago, I thought Jawbox would never reunite. Has a lot of water gone under the bridge to where the four of you can play together and it’s not weird? Or was it just a matter of realizing that now is the best time for Jawbox to reunite?
Yeah, that’s 100 percent true. We had talked about it on and off for a couple of years. Zach was one the one initiated this and really pushed it into being. What’s cool is that the four of us have been through a lot in our adult lives. We’ve been able to be still friends, and we’re probably better friends now than we ever were then when we actually were a band. We all have a much more balanced view of life. A band is like a family, and there are such complex emotions around this band — and always have been. But we got to this point where all four of us look back on it quite fondly.

So then, put simply: Why reunite now in 2019?
We all realized we loved this band, and are proud of this band. We would often joke over the last couple of years: “When we would do the reunion tour? Hahaha.” And then it got to a point where, if we want to do a tour like that, let’s do it while we’re still young and healthy enough to do it justice. And really, quite honestly, let’s do it while we still have a country left to tour in. Because shit is hitting the fan day after day.

Jawbox and The Pauses play Trees on Friday, July 19. Head here for tickets and more information.