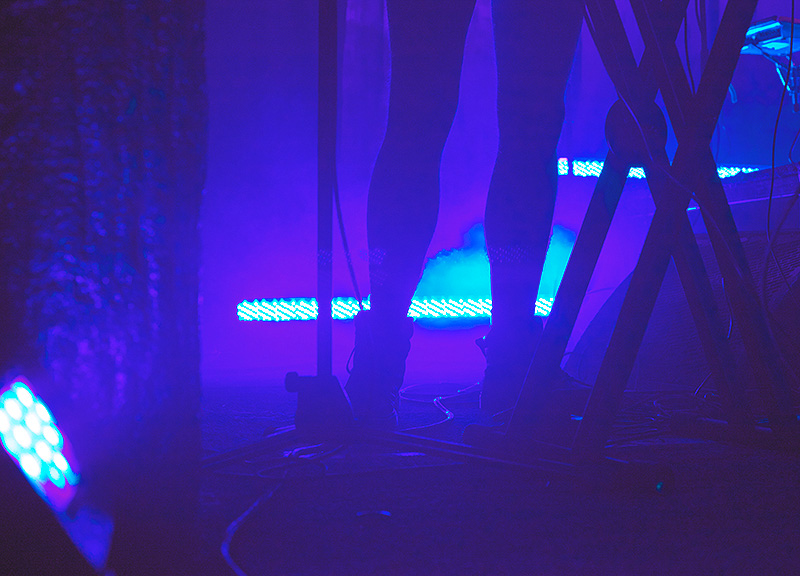 Trees wasn't at capacity last night. But, really, it should have been. Austra, who very nearly upstaged headliners The xx at the Granada the last time they were in town, put on a phenomenal show again — this time at the top of the bill.

After an energetic opening act from fellow Torontonians D I A N A, Austra came on at 10 o'clock sharp to an energetic round of applause. The band's stage lighting, consisting of quite a few back-lit paper parasols, came up and, right away, they were off, launching straight into what would be a taut, pulsing, 55-minute set.

From the first song — “What We Done?” from Augustâ€™s Olympia — the band's performance was absolutely relentless, barely giving the audience time to breathe. The requisite inane stage banter from frontwoman Katie Stelmanis would prove to be the only respite from the band's moody synths, Maya Postepskiâ€™s thumping percussion and Stelmanis' piercing, classically-trained singing.

It was overwhelming at times, but the crowd loved it, feeding off the intensity and dancing its way through a 12-song setlist split almost evenly between Olympia and 2011's Feel It Break.

There was never a lull, never a moment when it seemed the crowd wasn't completely on board along with Stelmanis and company. And, by the time Austra got to “Home,” Olympia's lead single, it seemed many in the crowd had been overtaken by an almost religious fervor. Aided by Stelmanis' ethereal presence and incredible vocal range, that ardor would persist through the rest of the night, peaking with the show's dual highlights, the back-to-back renditions of Feel It Break's “Lose It” and “Beat and the Pulse” that preceded the two-song encore.

“Beat and the Pulse,” specifically, was outstanding. The cut's throbbing beat and Trees' fantastic sound system combined with the song's dark lyrics to envelop the room in a sort of foreboding, rhythmic menace. It was the superlative moment in a superlative show.

Austra was unquestionably terrific last night. Don't worry if you weren't there to see it for yourself, though. They'll be back some day — just maybe, and deservedly, in a bigger venue.

All photos by Heather Abbott. 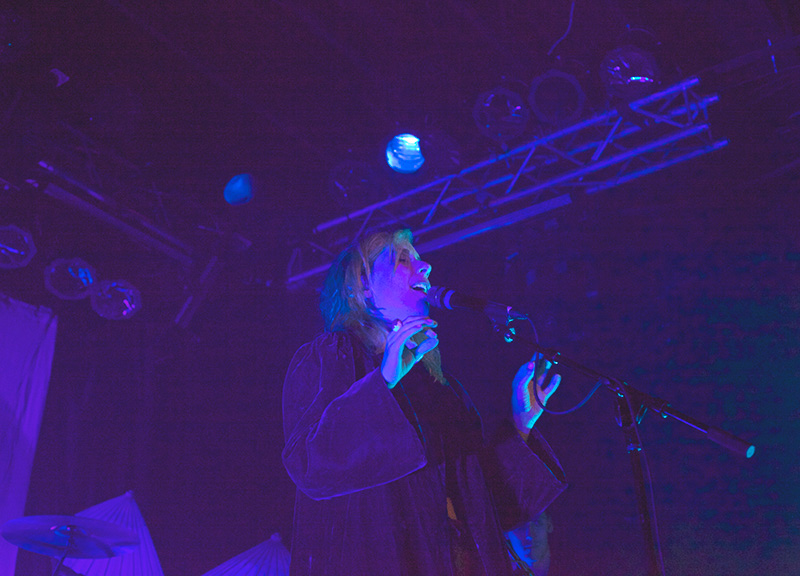 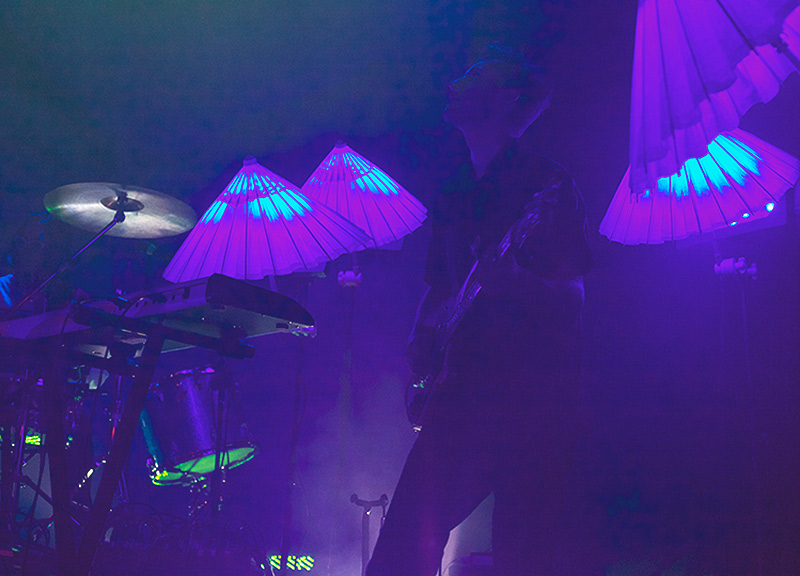 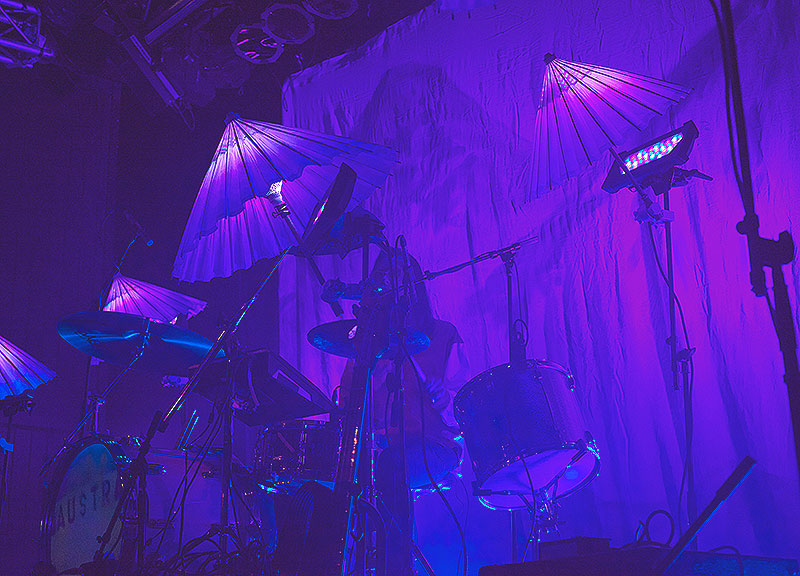 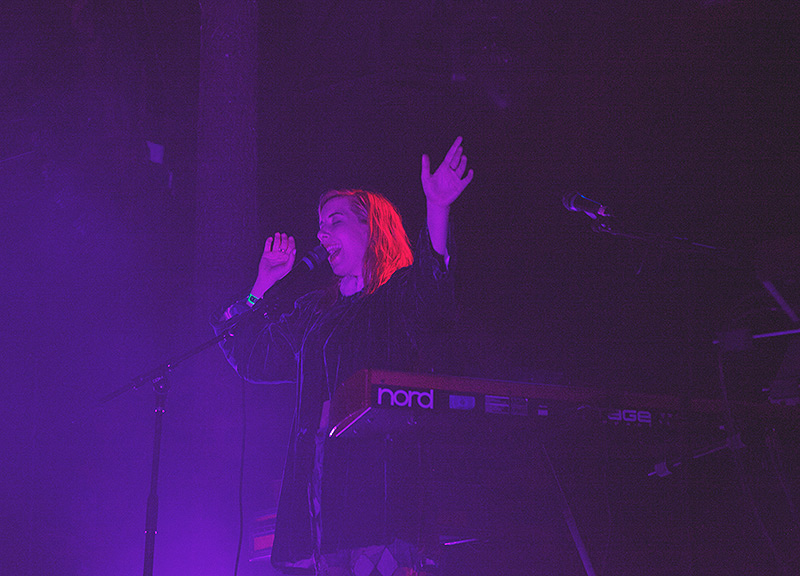 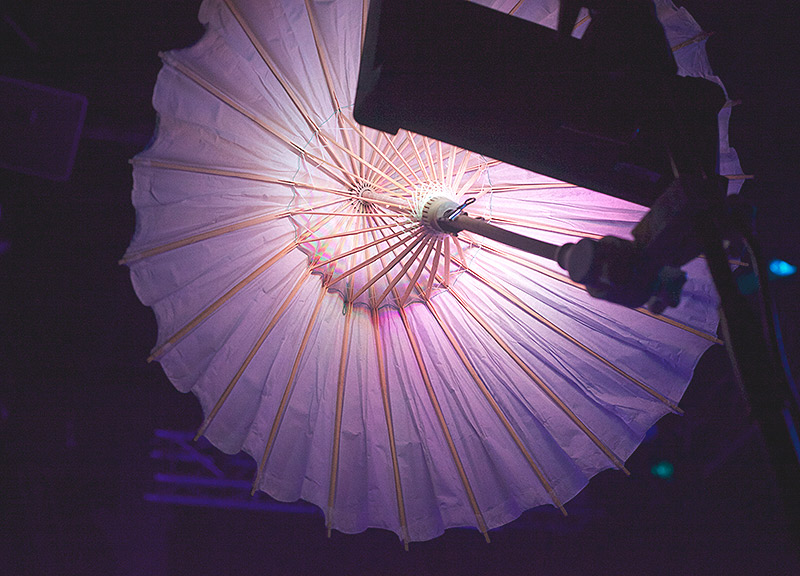 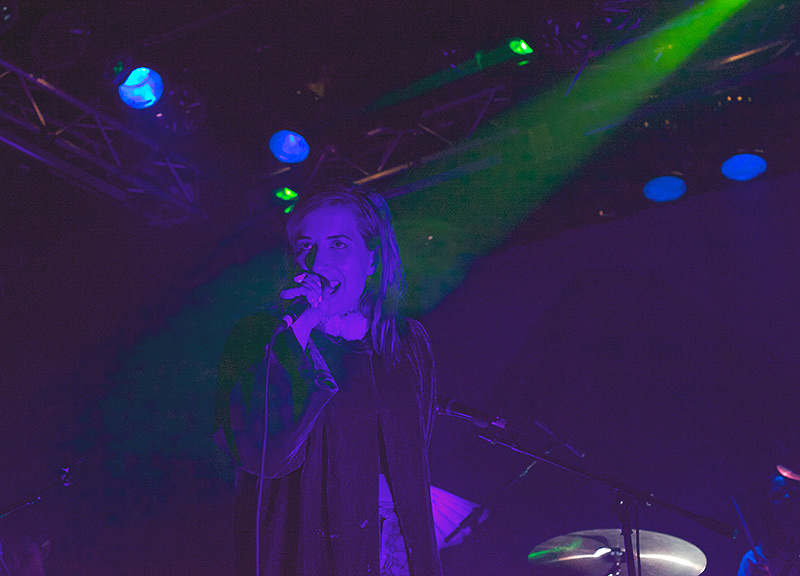 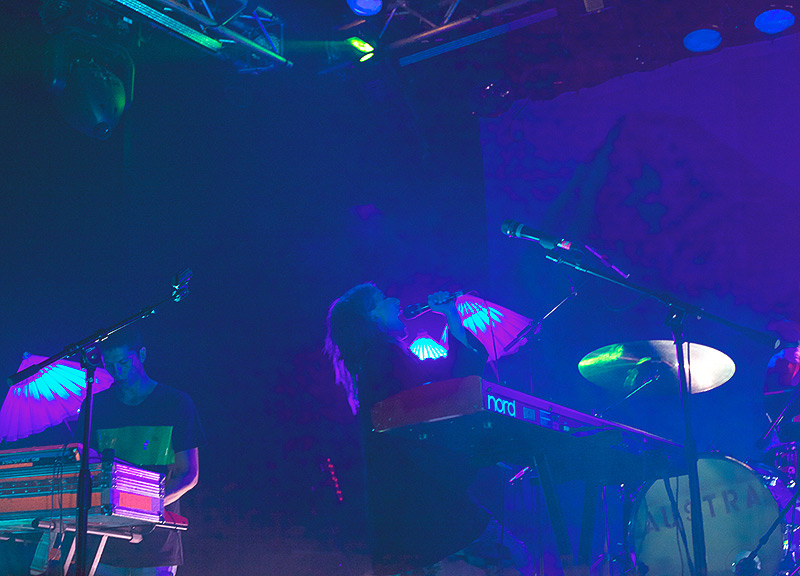 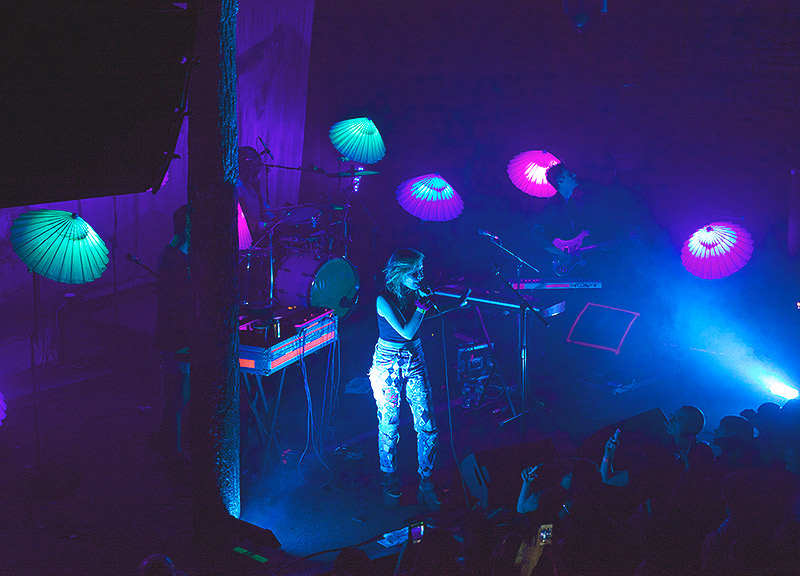 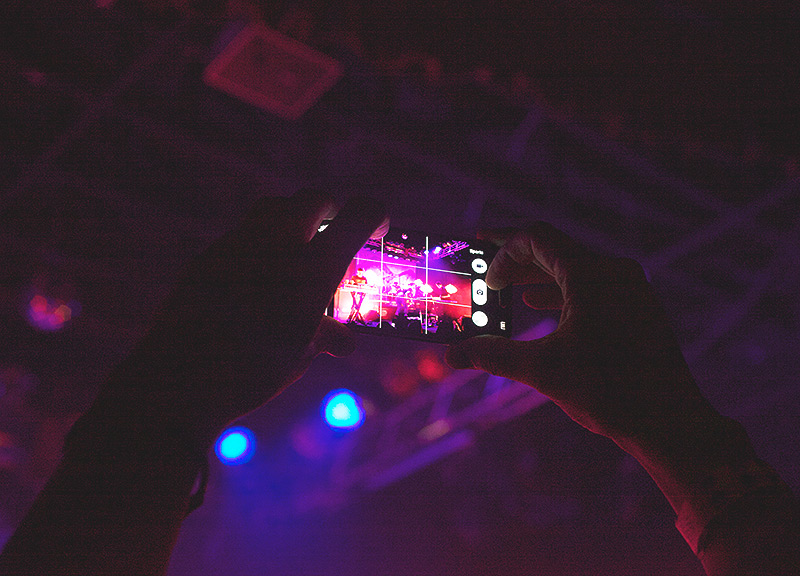 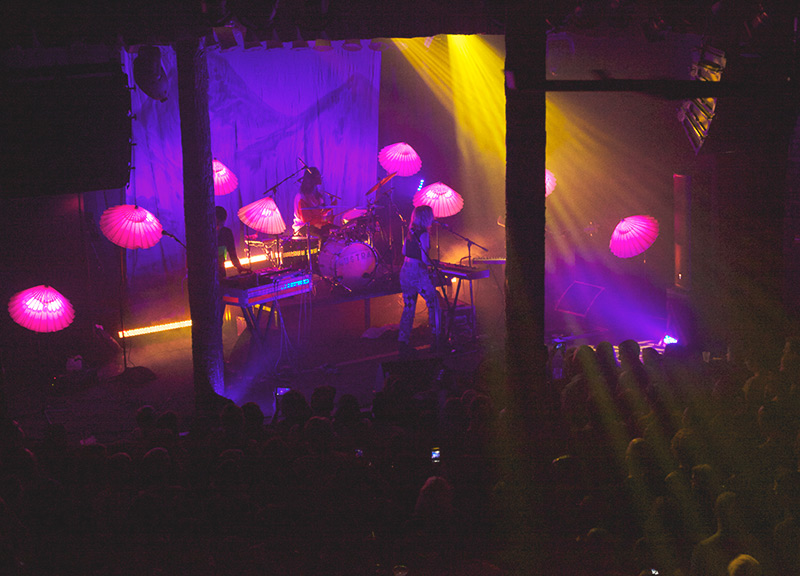 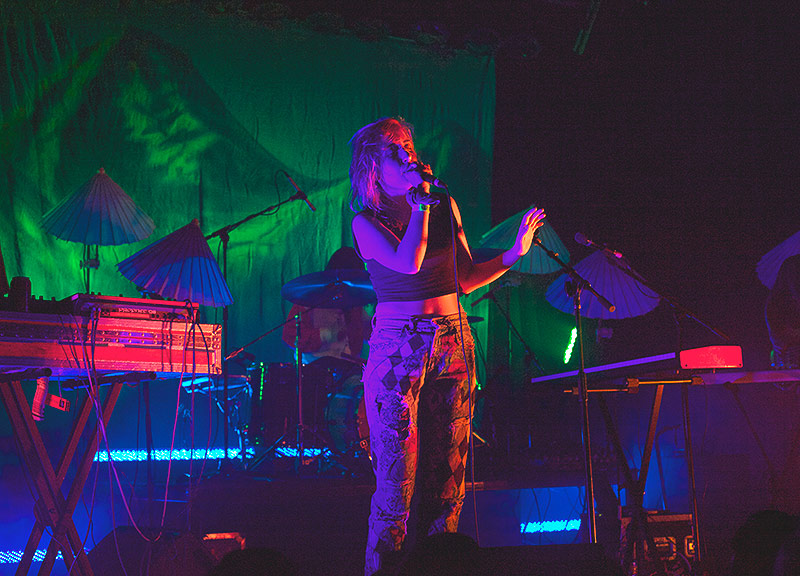 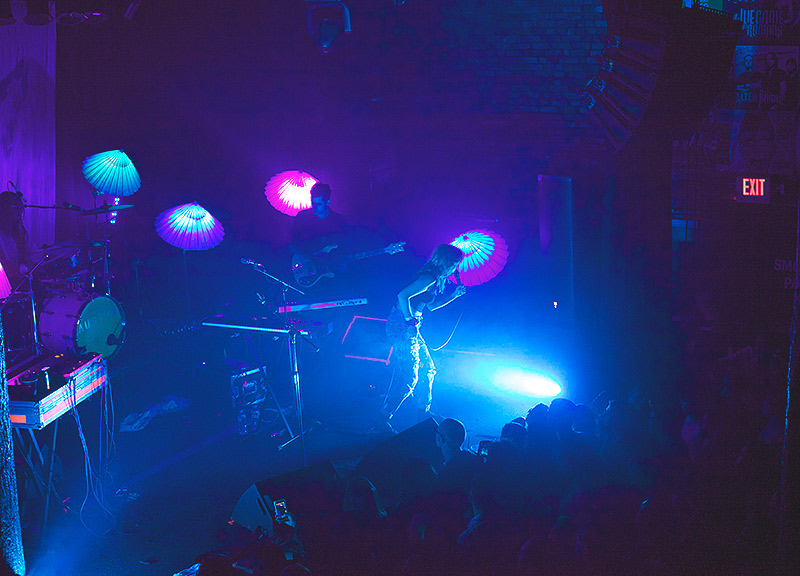 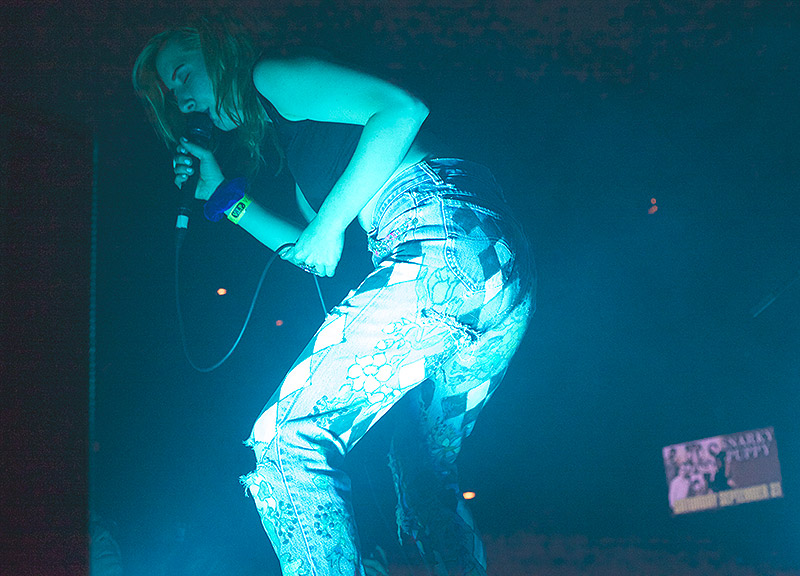 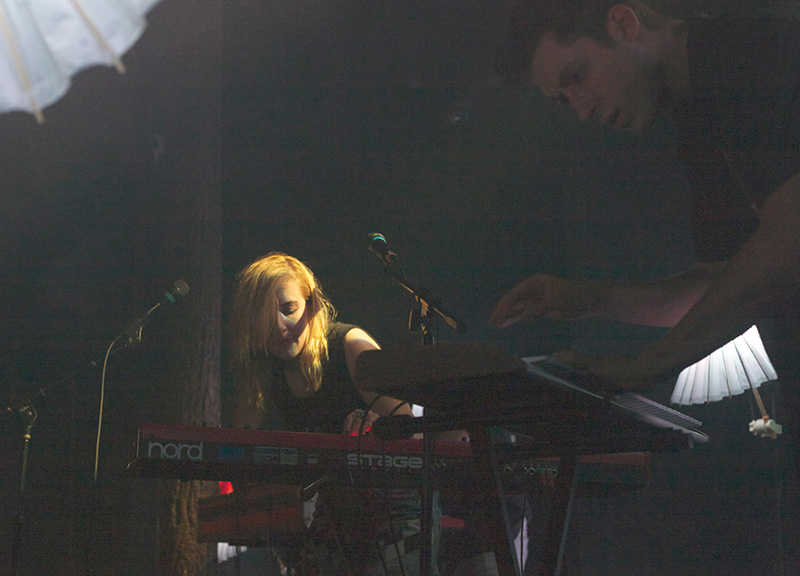 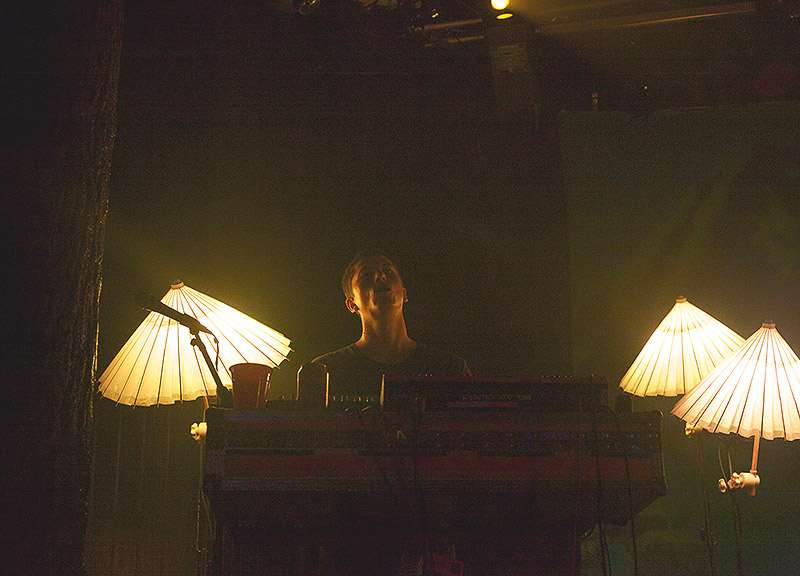 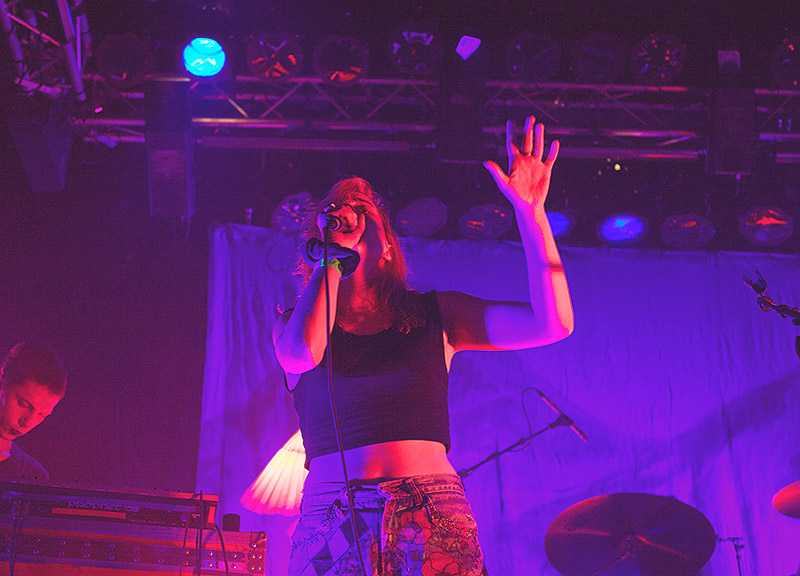 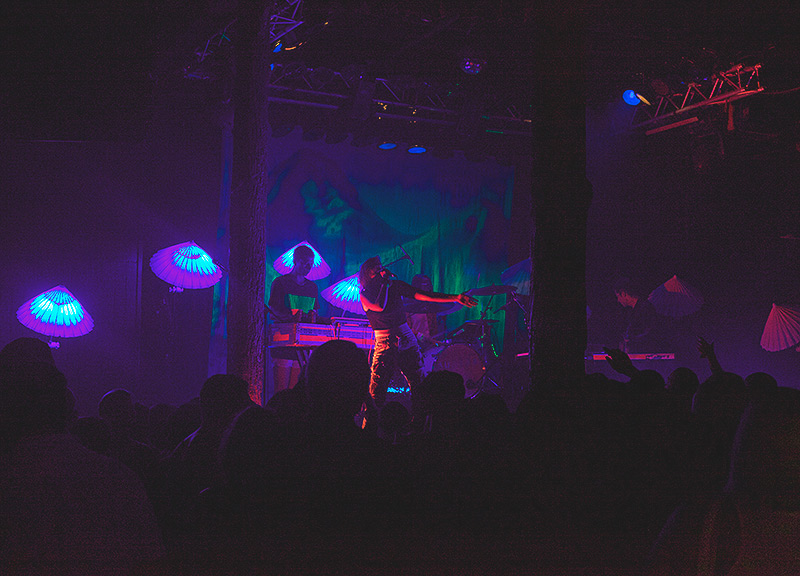