[Premiere] Song Of The Day: The Adventures of Rubble Guts And BB Eye – “Golpes” 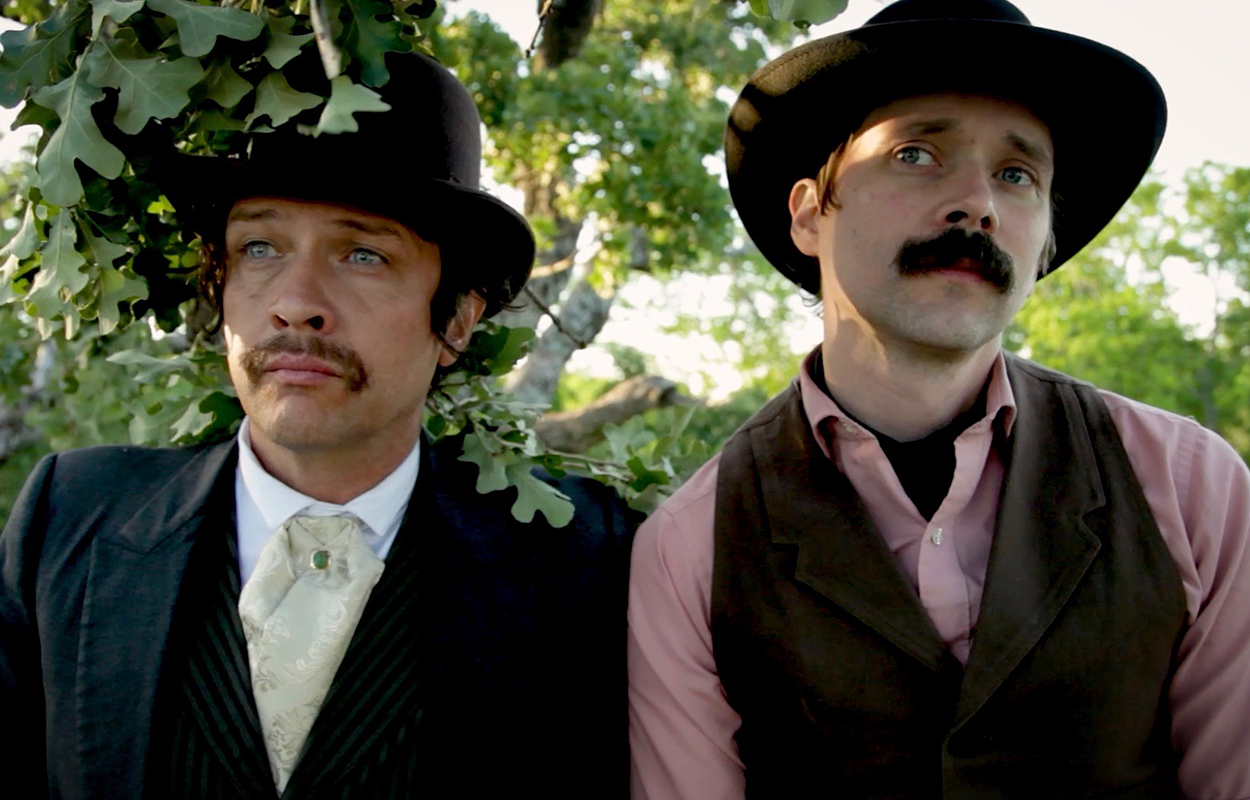 Dallas Music Mainstays Tim DeLaughter and Philip E. Karnats Take Us On Yet Another Journey With A New Film Series And Fuzzy Instrumental Single.

Today, the duo returns with a visually compelling new music video titled “The Adventures of Rubble Guts and BB Eye,” for the song “Golpes” and they’re premiering it right here on Central Track.

Though it’s been a while since the Tripping Daisy years, fans of Dallas’ music scene have come to recognize DeLaughter and Karnats’ footprints all over the local music scene. From DeLaughter’s leading of the cult-like The Polyphonic Spree to Karnats’ work in Bobgoblin, the two are no strangers to crafting something full of magic. As such, this new project from the duo seems to have conjured up a delightful new era in their creative musings.

“The Adventures of Rubble Guts and BB Eye” tells the story of two characters as the respective monikers of DeLaughter and Karnats, which were were originally created when they formed Preteen Zenith. The two even went as far as writing the characters’ backstories and storylines.

“In the midst of recording the Preteen Zenith record, Tim was encountering some destruction in his mid section (Rubble Guts) and I had a chalazion under my eyelid resembling a lodged BB (BB Eye),” Karnats says. “Then the western theme crept into the absurdity of it. Basically, it was a union of failing physical health. When my eye cleared up, Tim was like ‘Now we can’t be Rubble and BB anymore!’ I seem to remember him asking if I could lodge an actual BB in there.”

They knew the adventure for Rubble Guts and BB Eye had only just begun.

Directed by DeLaughter and shot by award-winning filmmaker Miles Hargrove, the video for “The Adventures of Rubble Guts” was filmed on DeLaughter’s property in East Texas and is stylistically akin to old-timey mini films with subtle steampunk themes. The journey finds the two of them traversing through lush greenery in search of a riverbank and fire to survive the night.

The short film’s score comes from the first song off a soundtrack of sorts — though the video is a little more than six minutes, “Golpes” actually runs at just shy of 10 minutes. The song is an enchanting instrumental track full of fuzzy guitars and shadowy hums, creating an almost wistful undertone to the visual storytelling. It’s a humorous and symbolic story that represents the characters’ ambition to push through.

We’re already wide-eyed and roused for the next episode in the saga of Rubble Guts and BB Eyes. For now, though, you can hear the full track only on their Bandcamp.