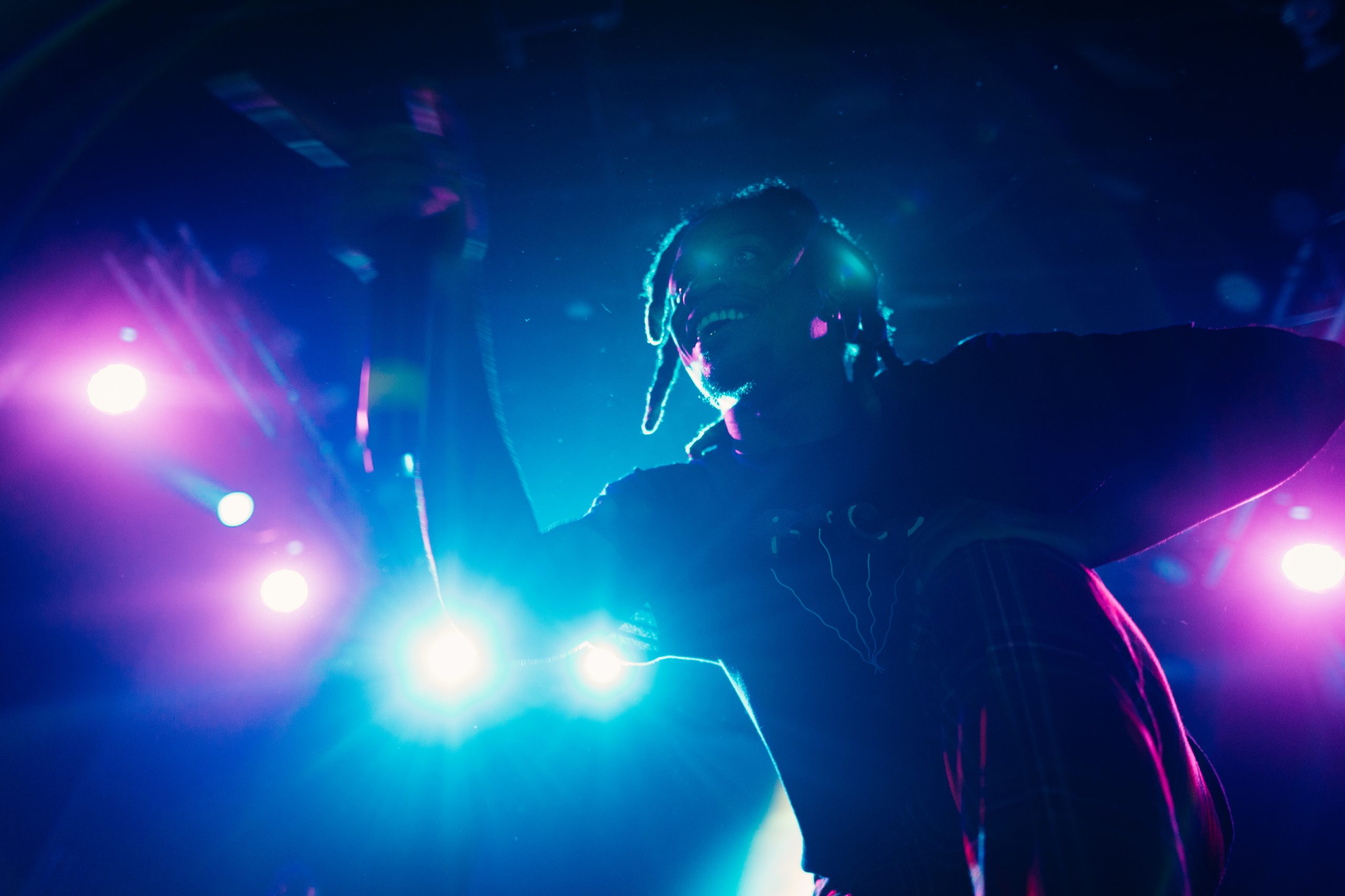 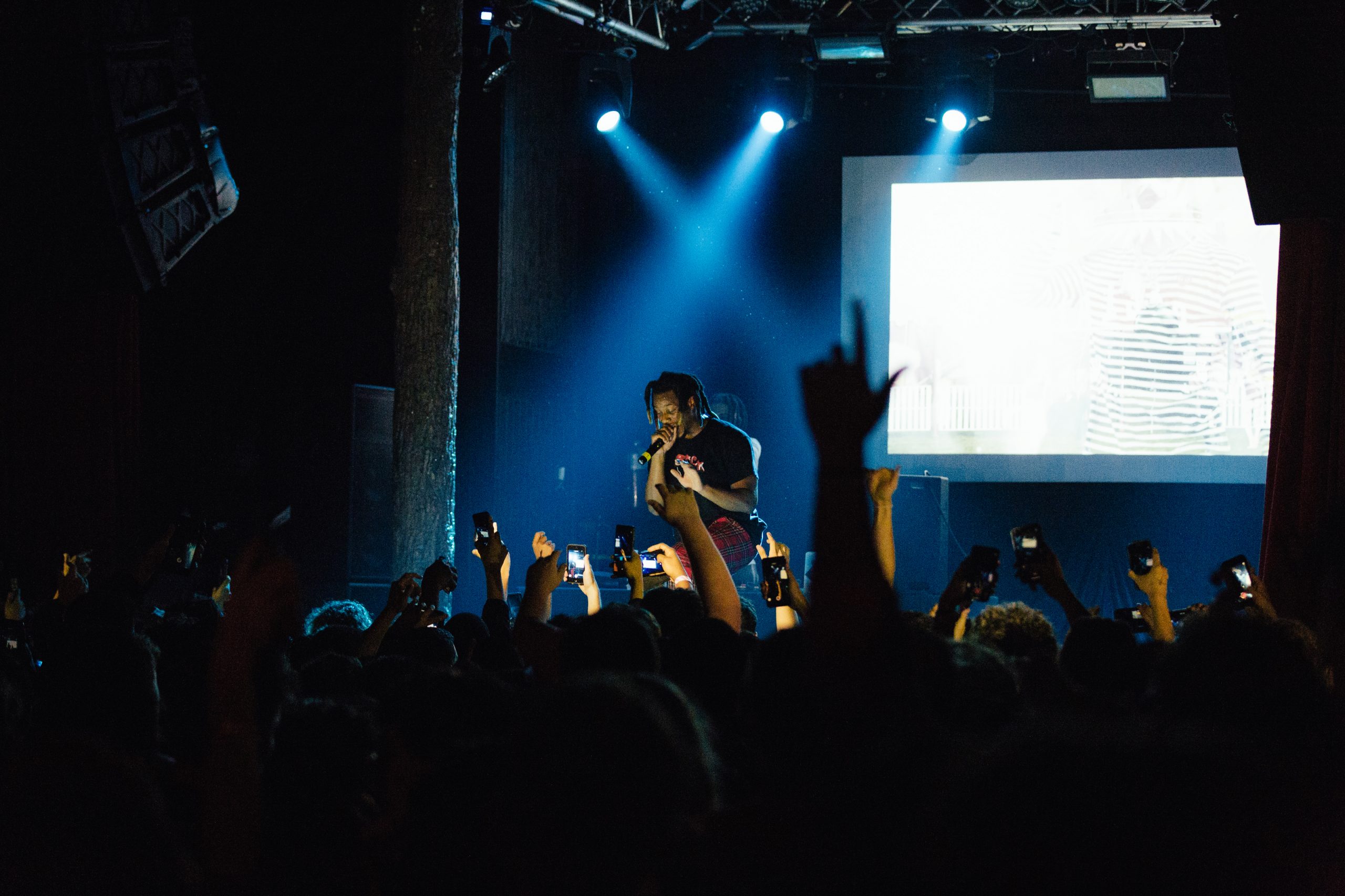 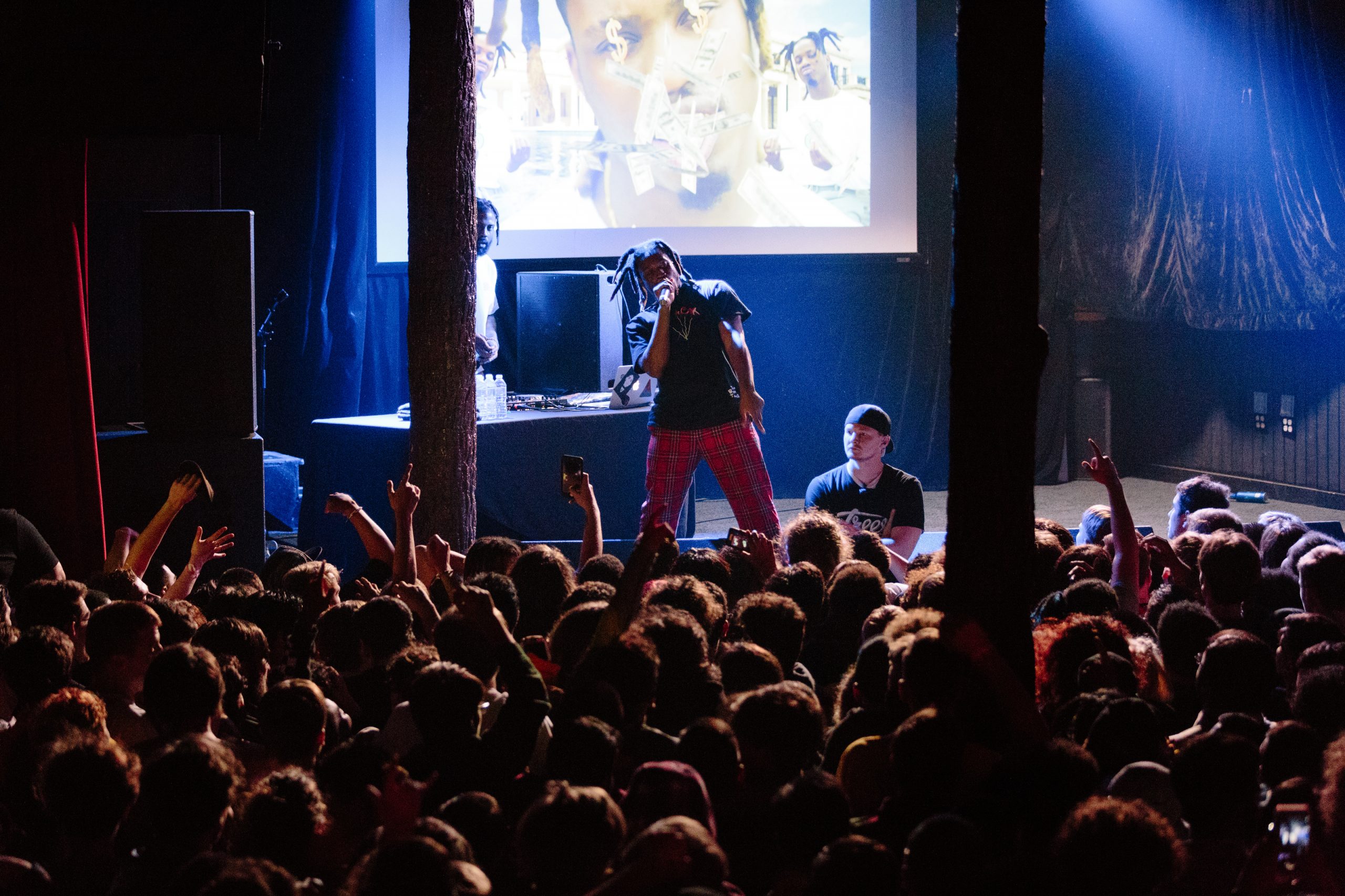 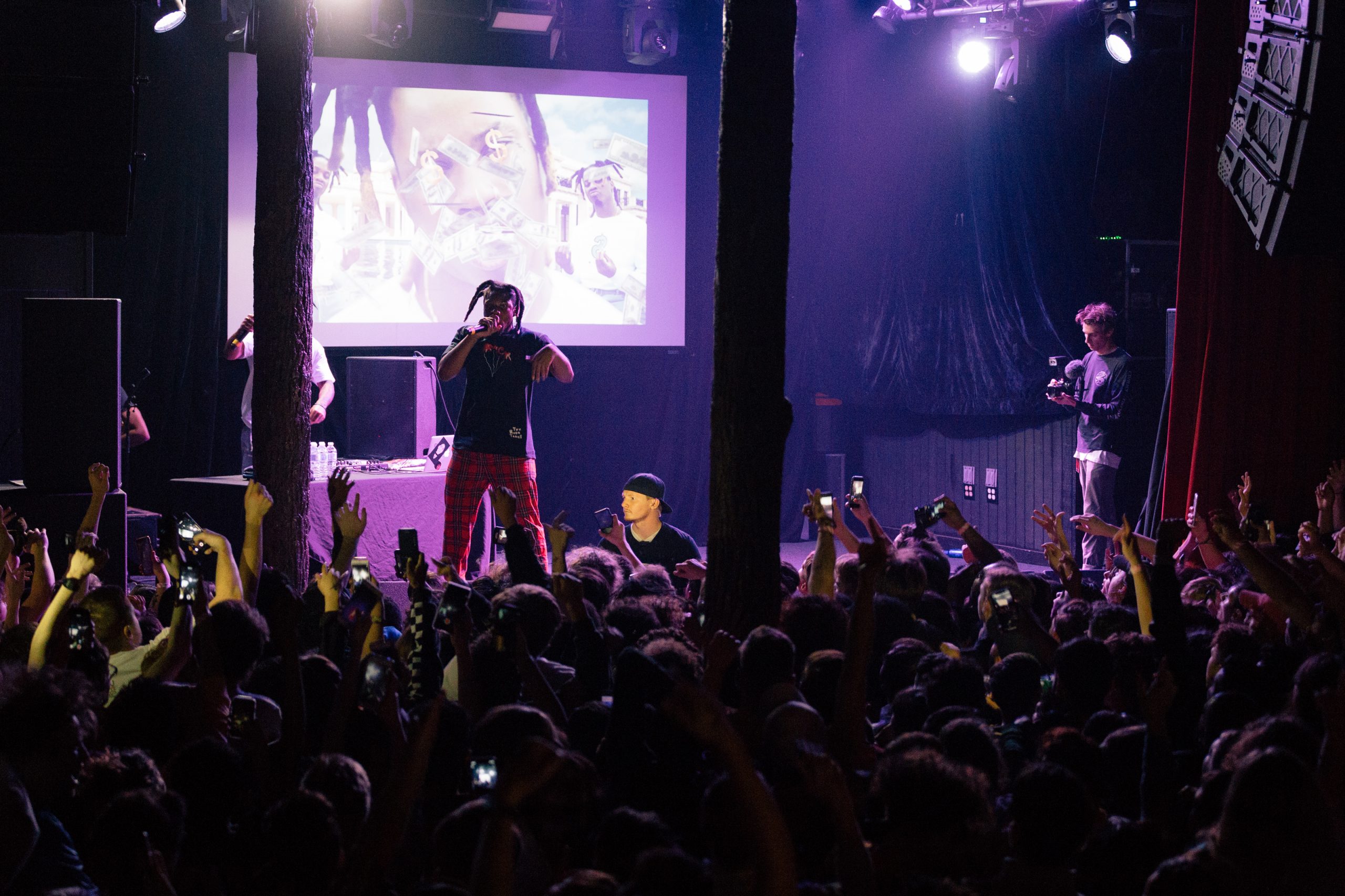 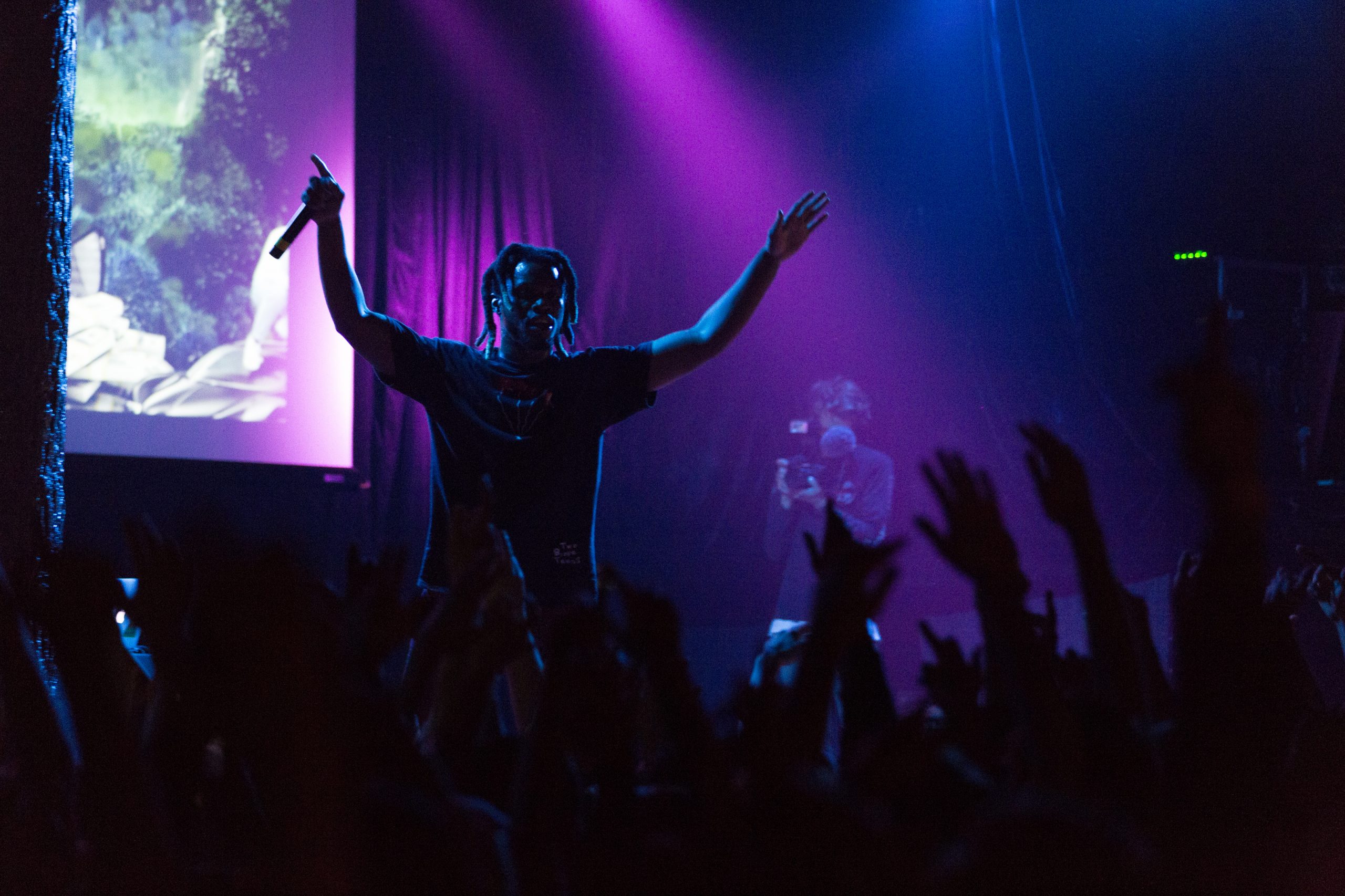 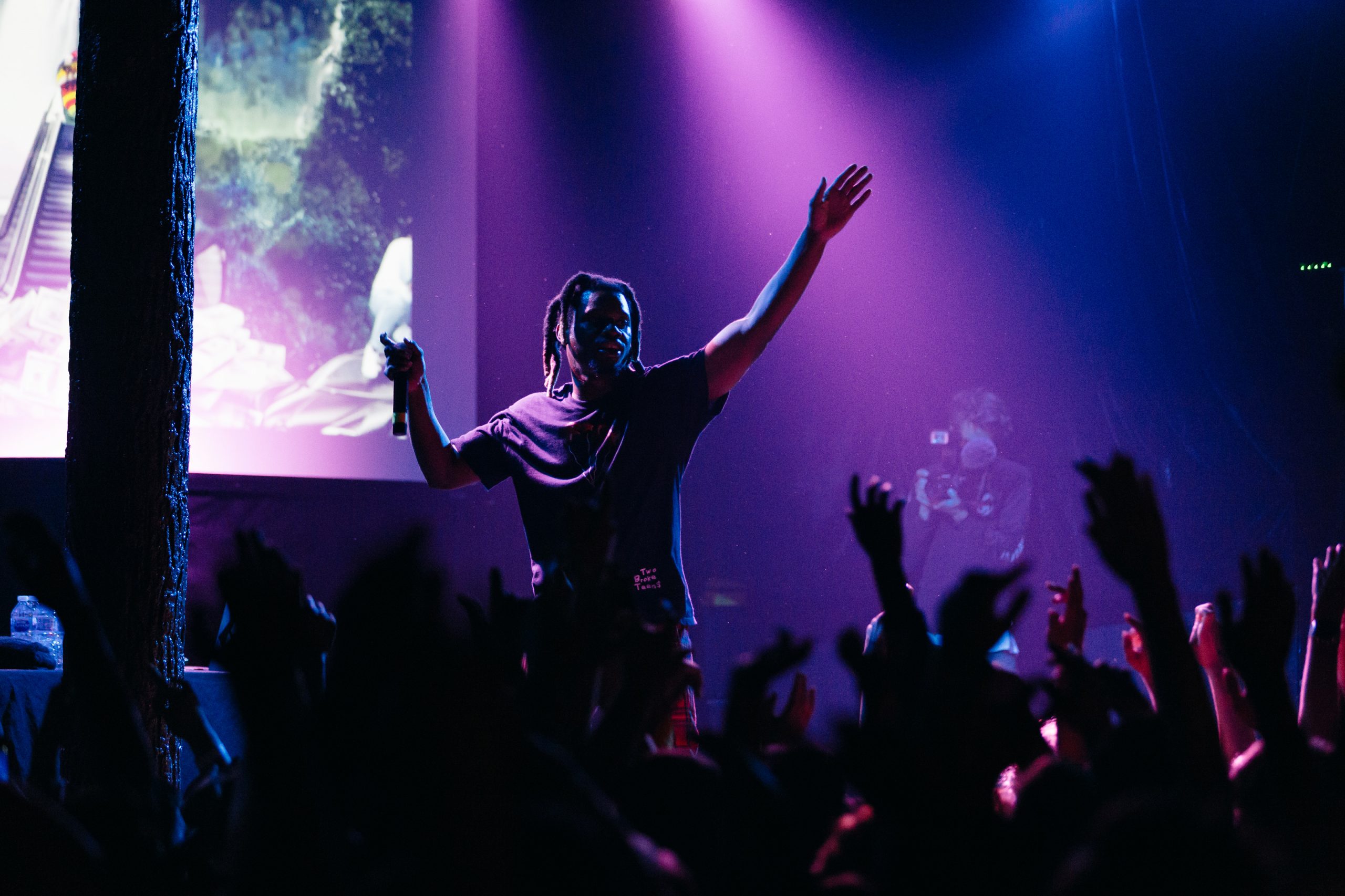 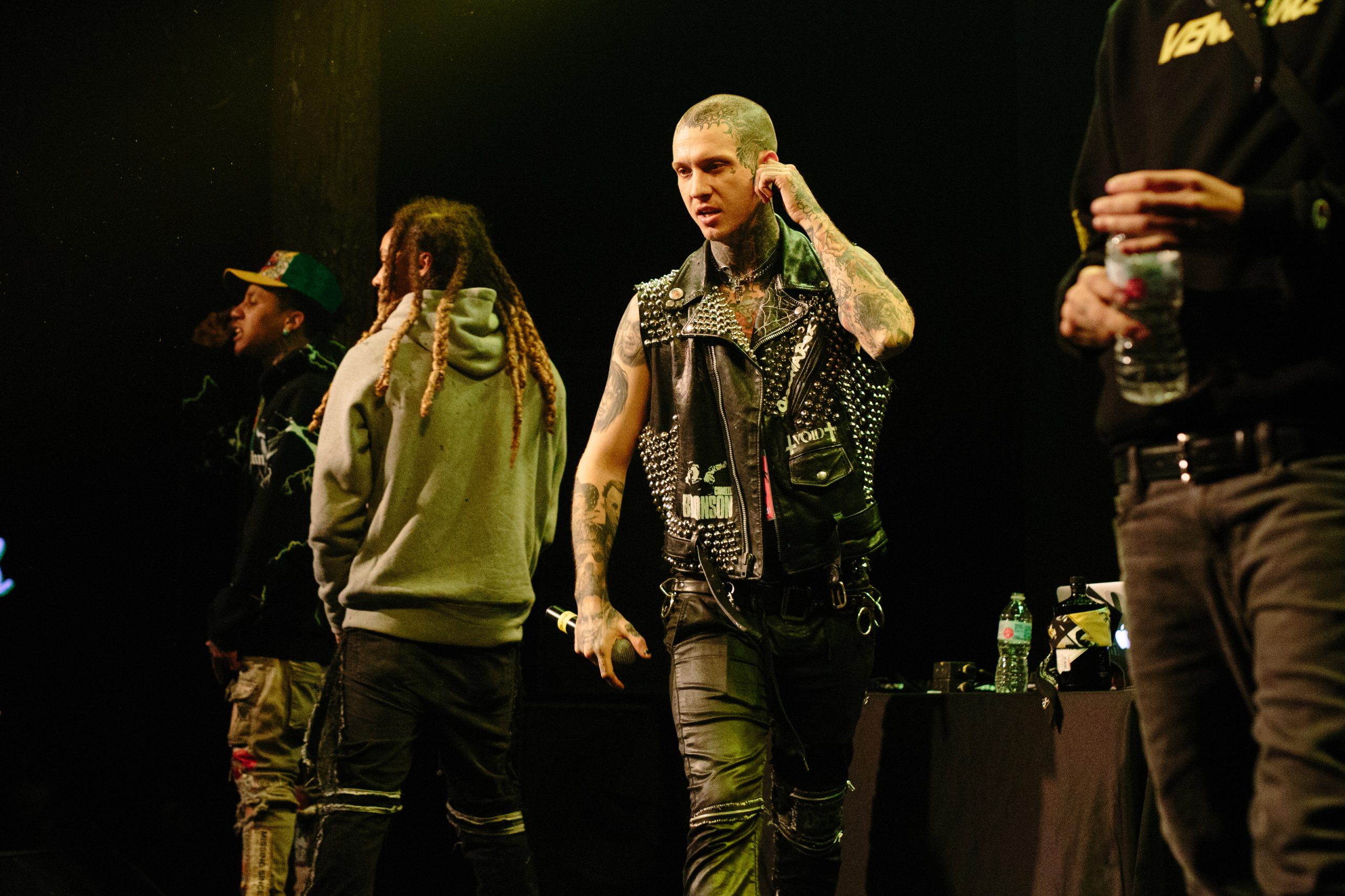 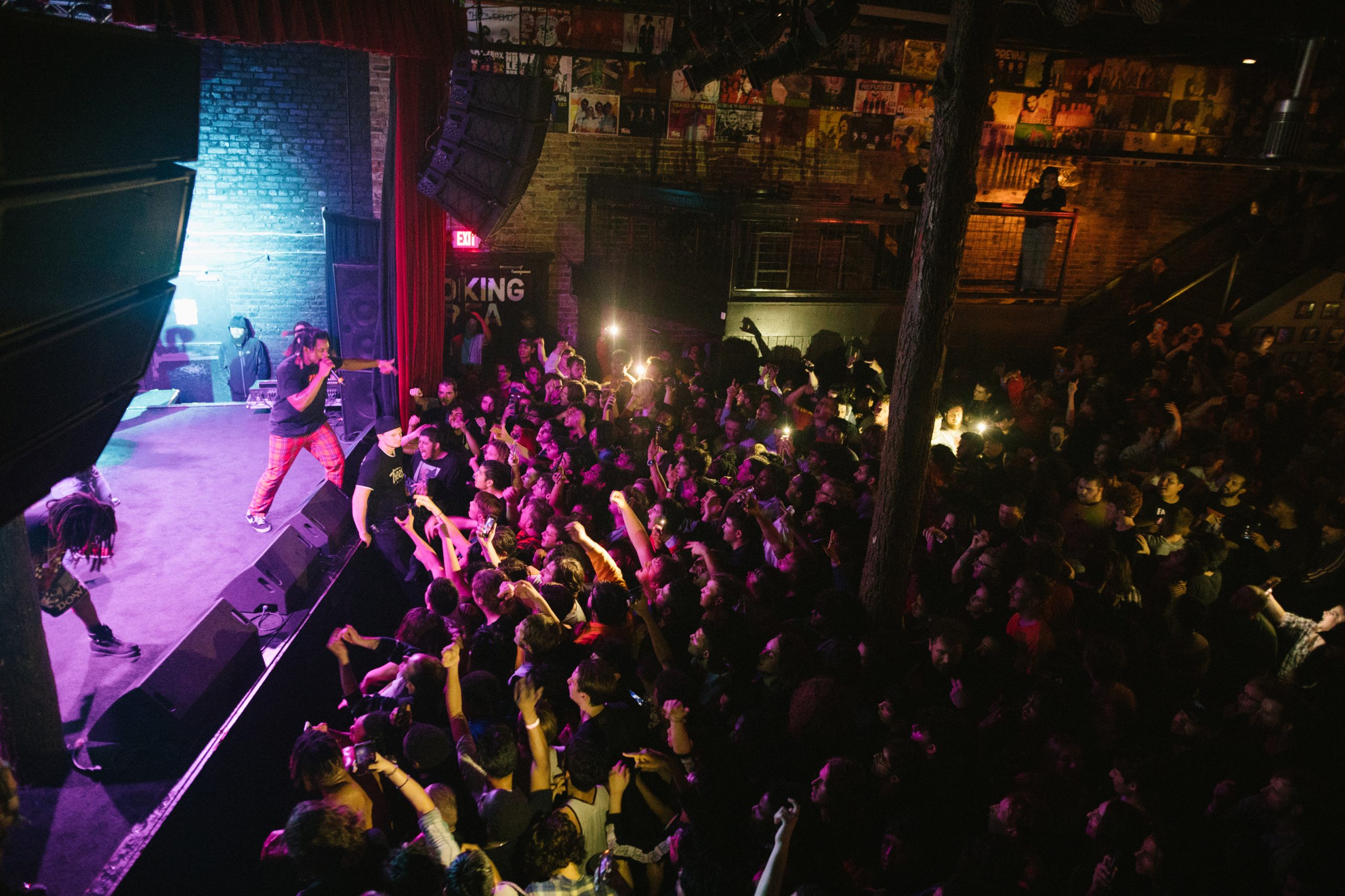 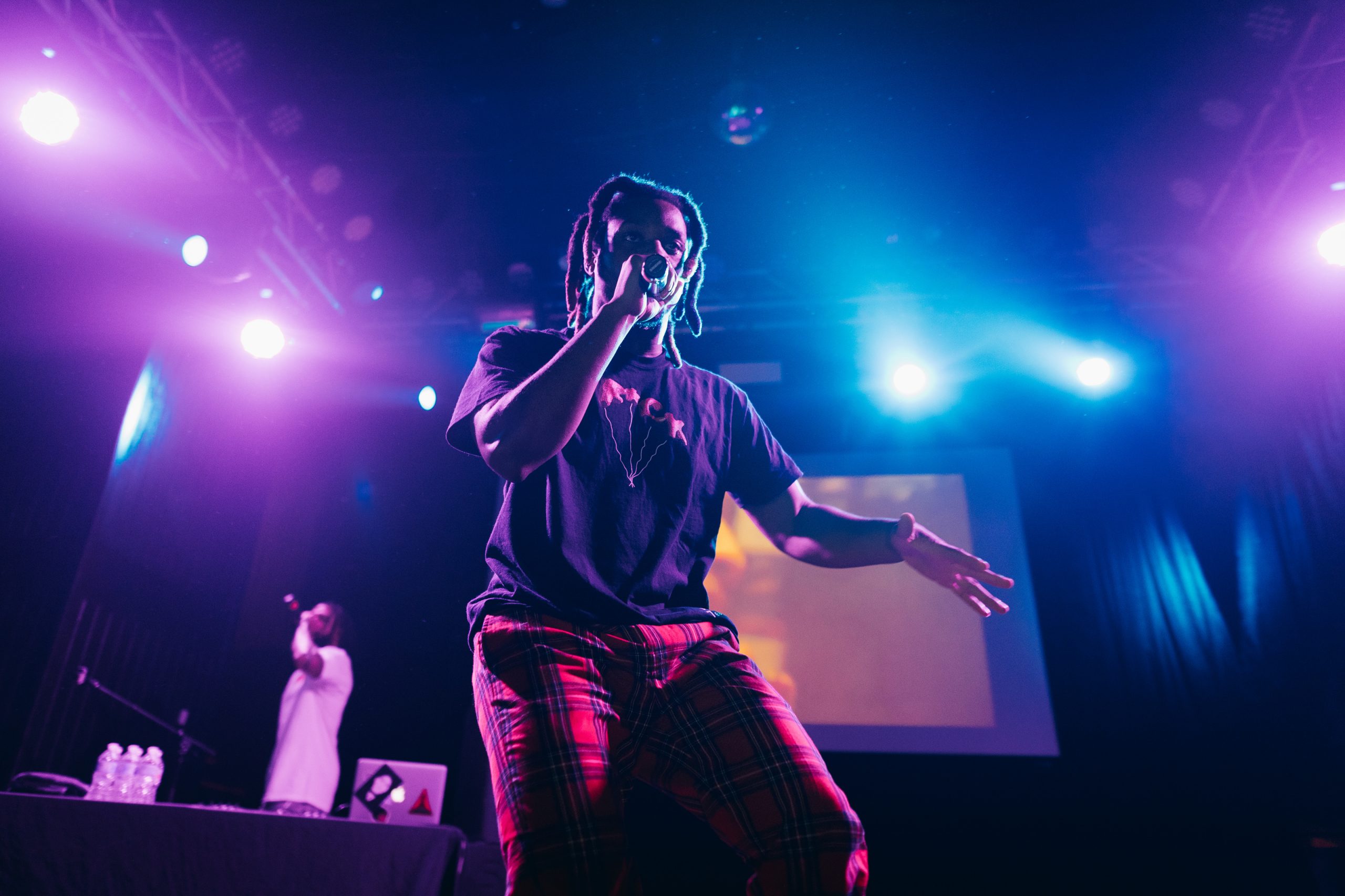 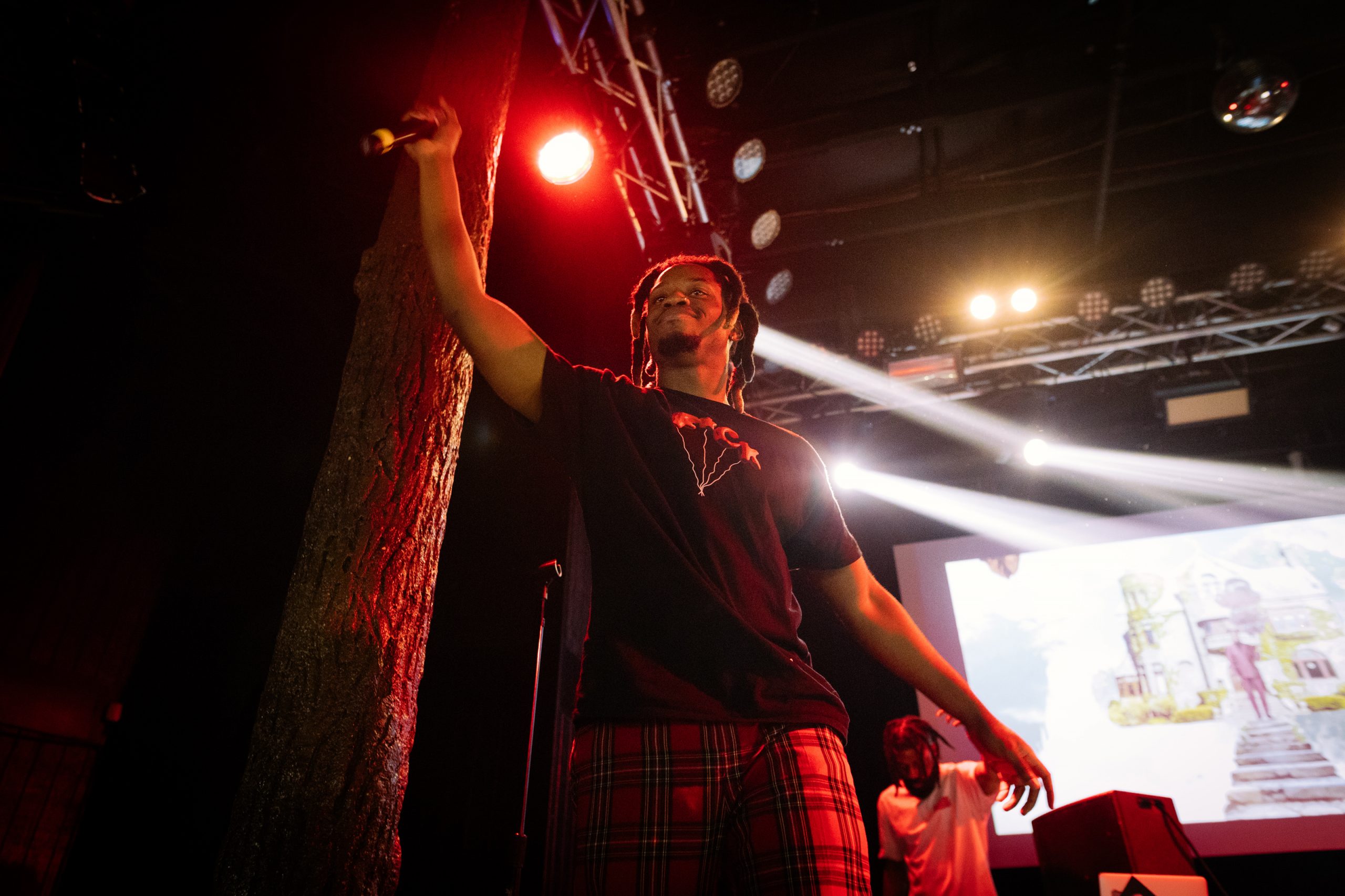 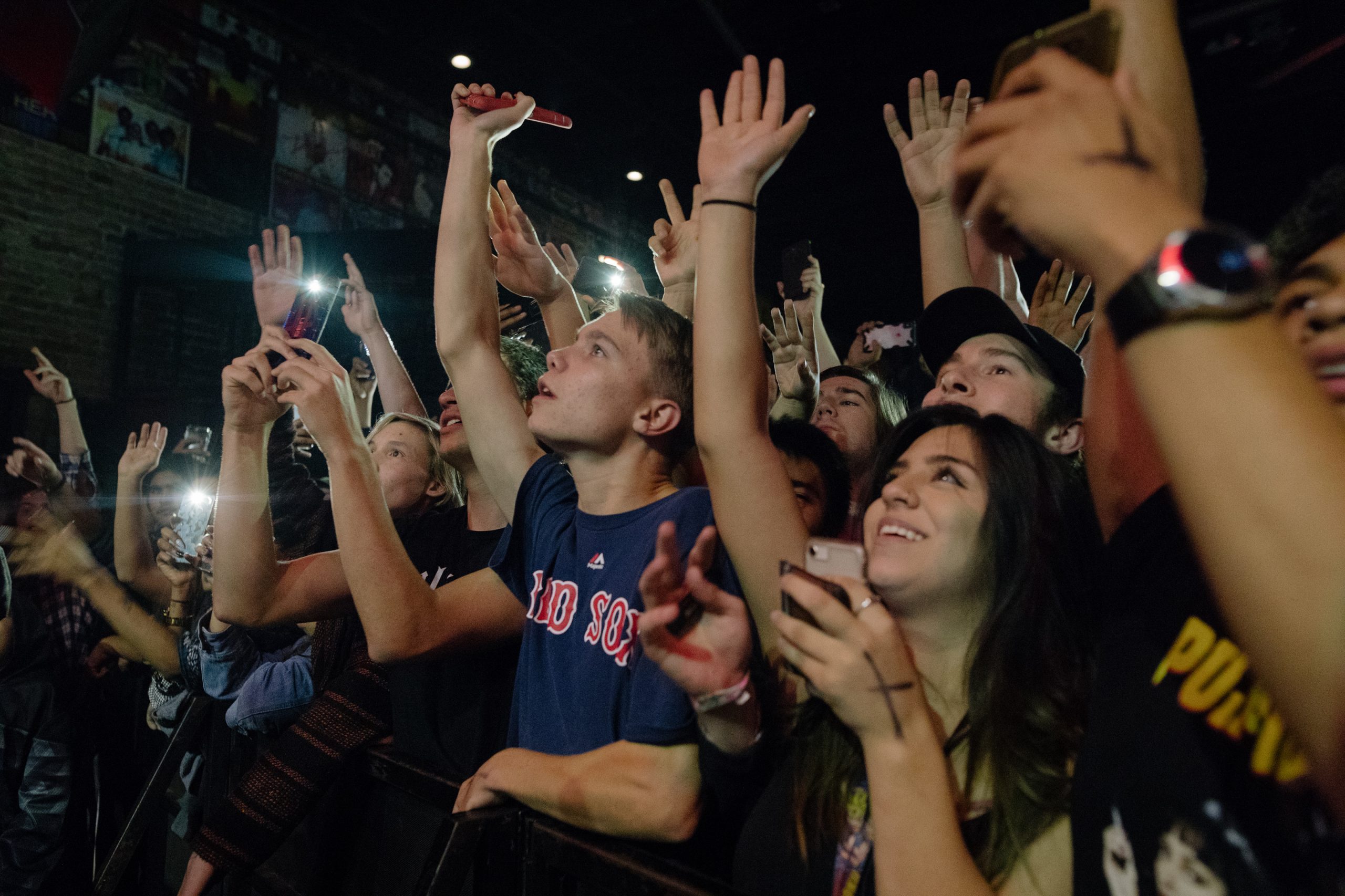 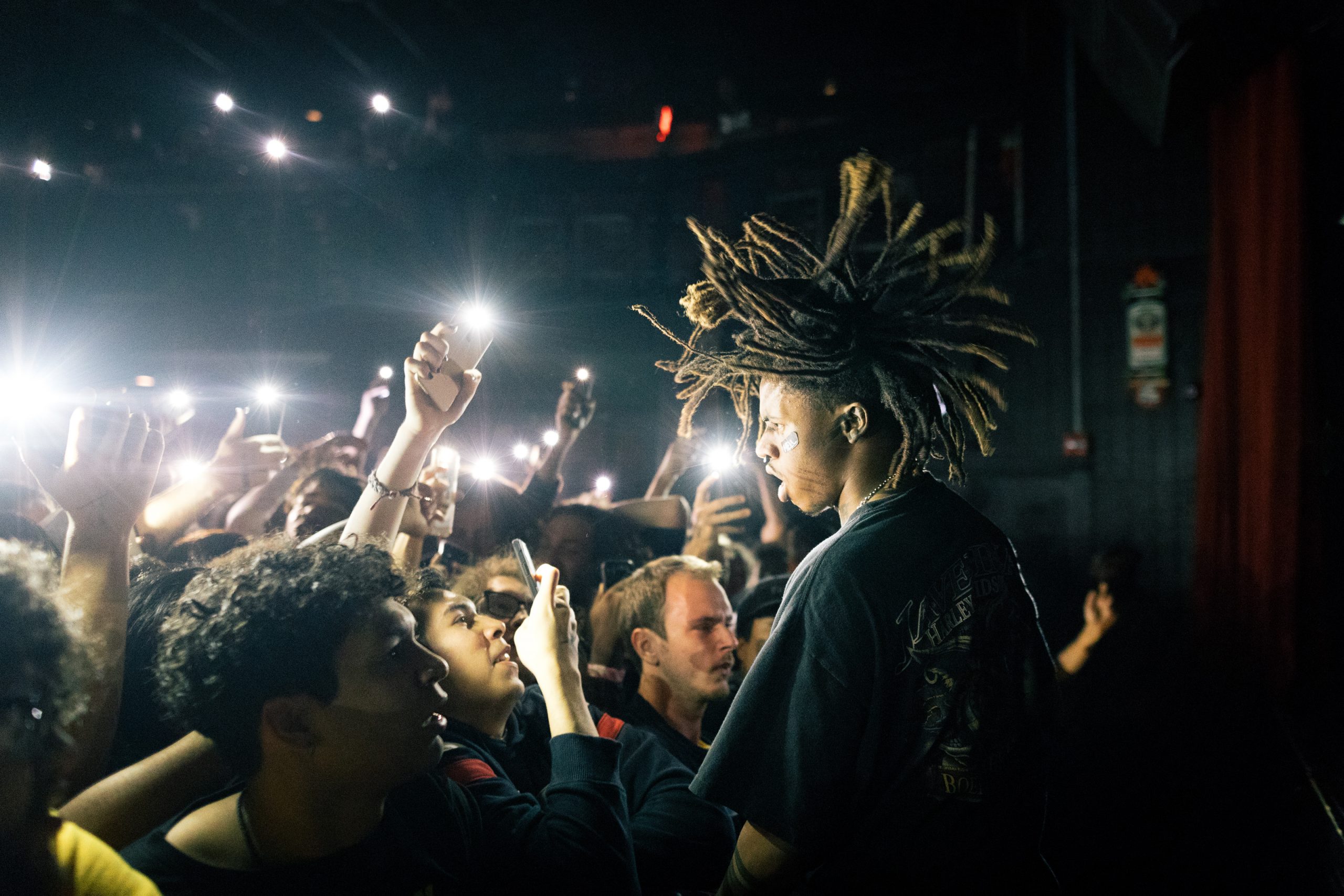 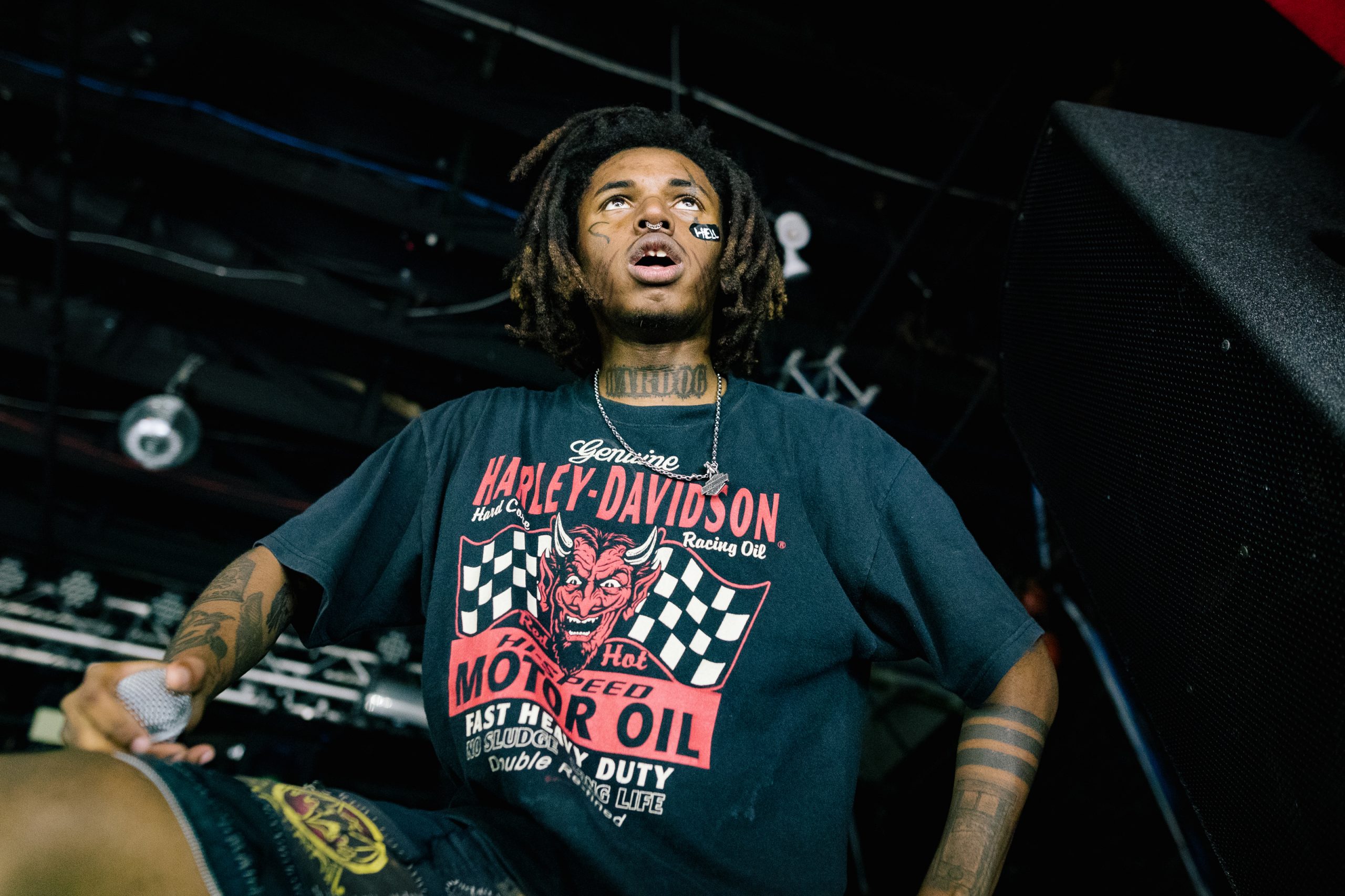 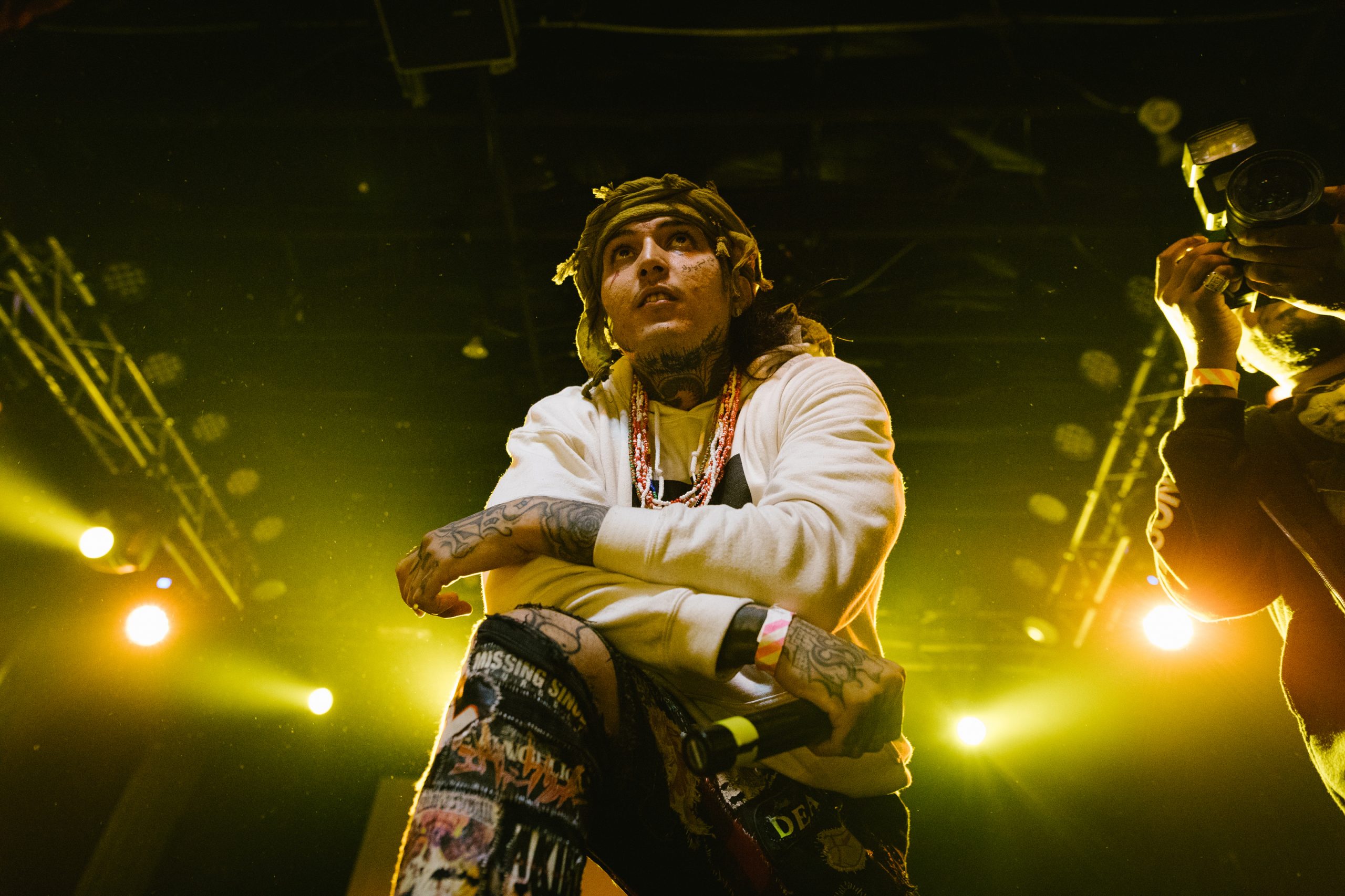 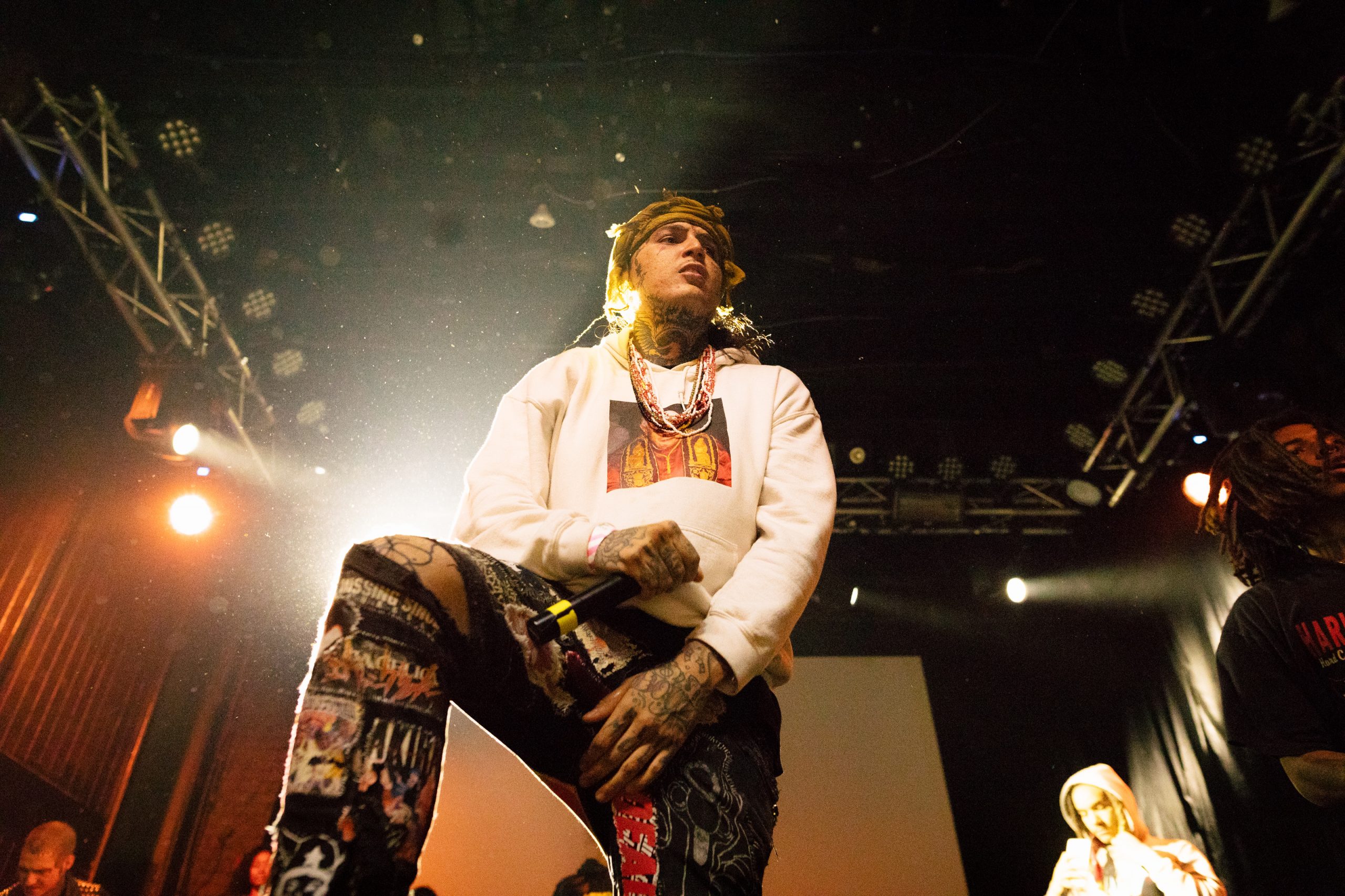 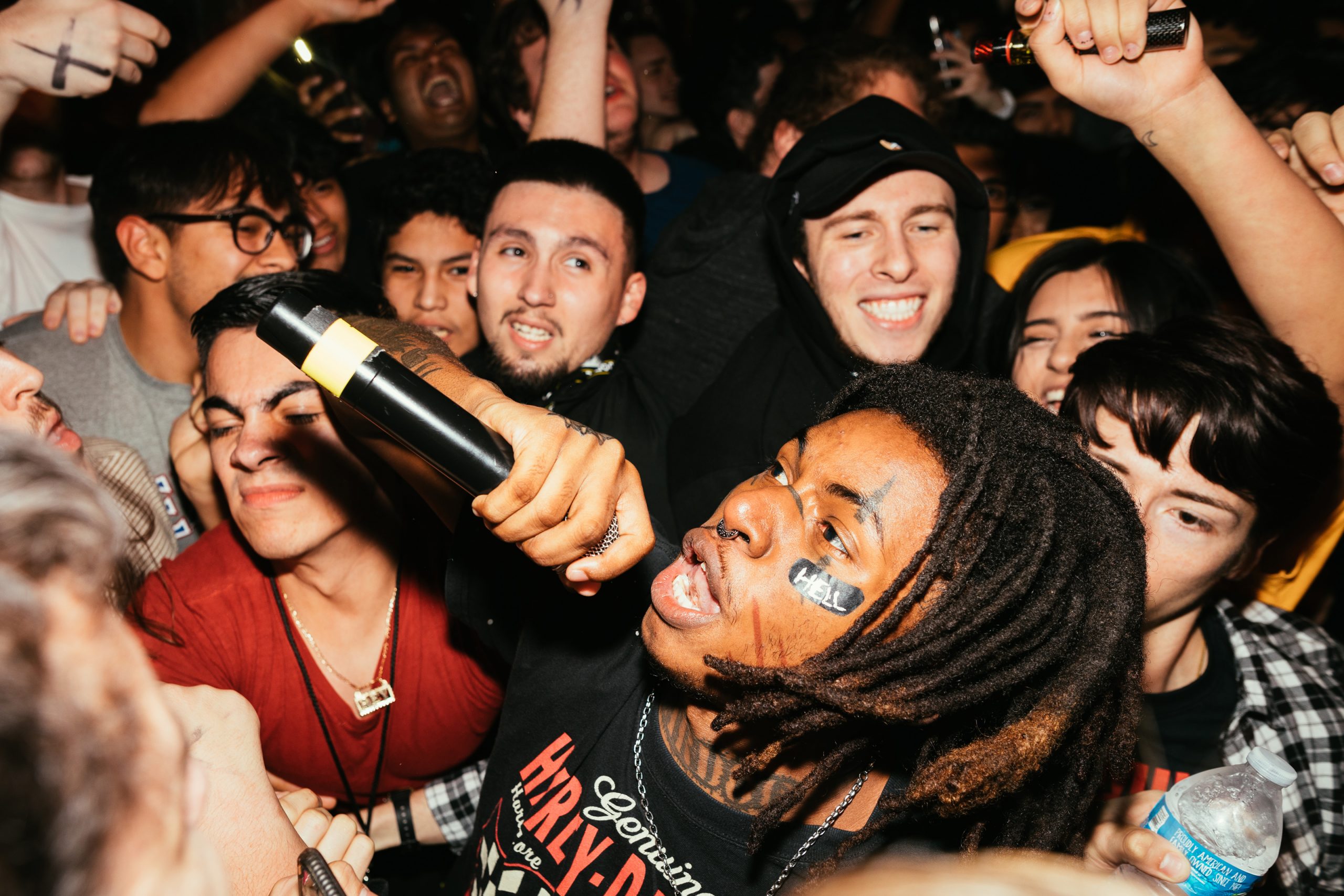 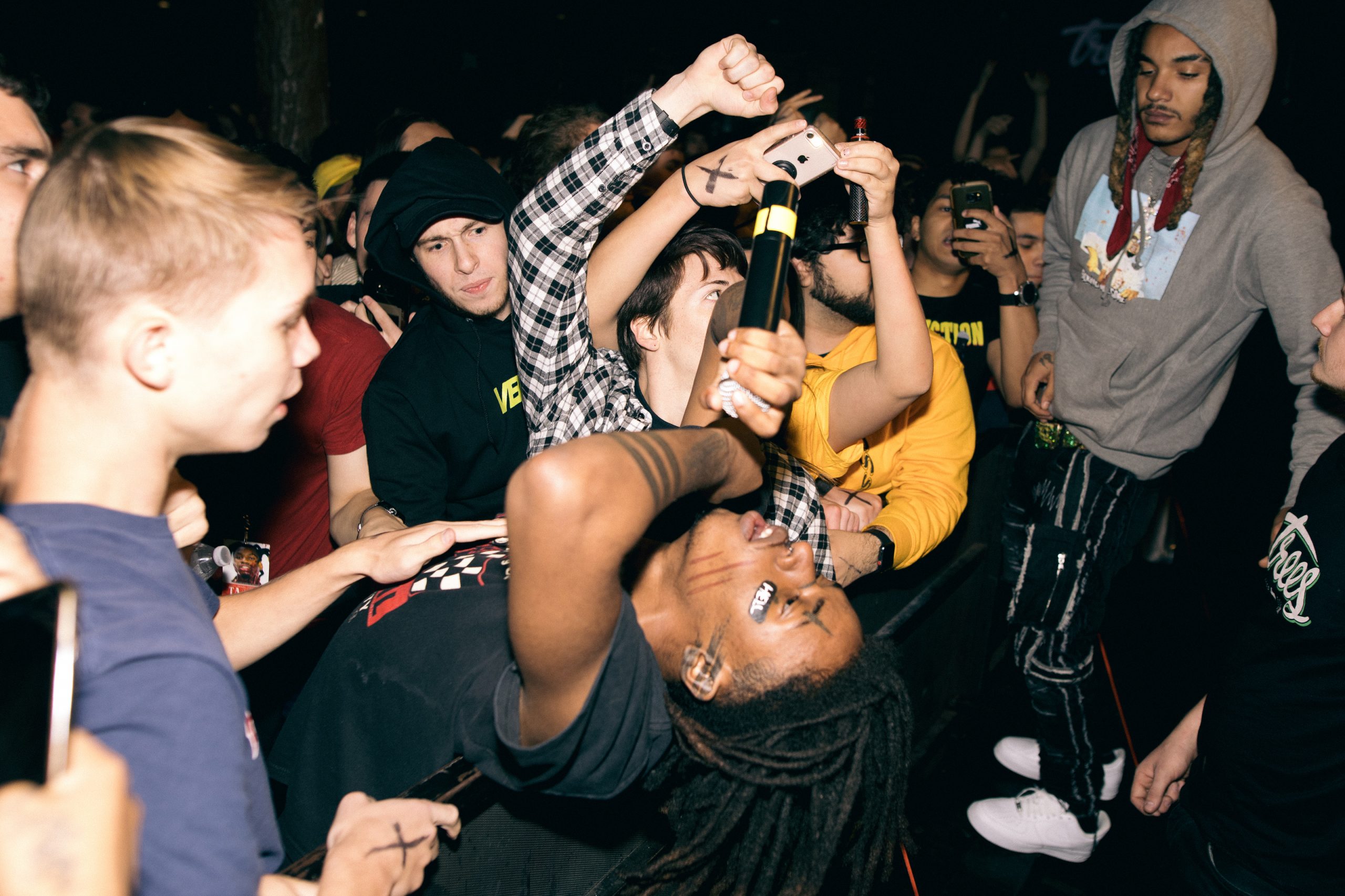 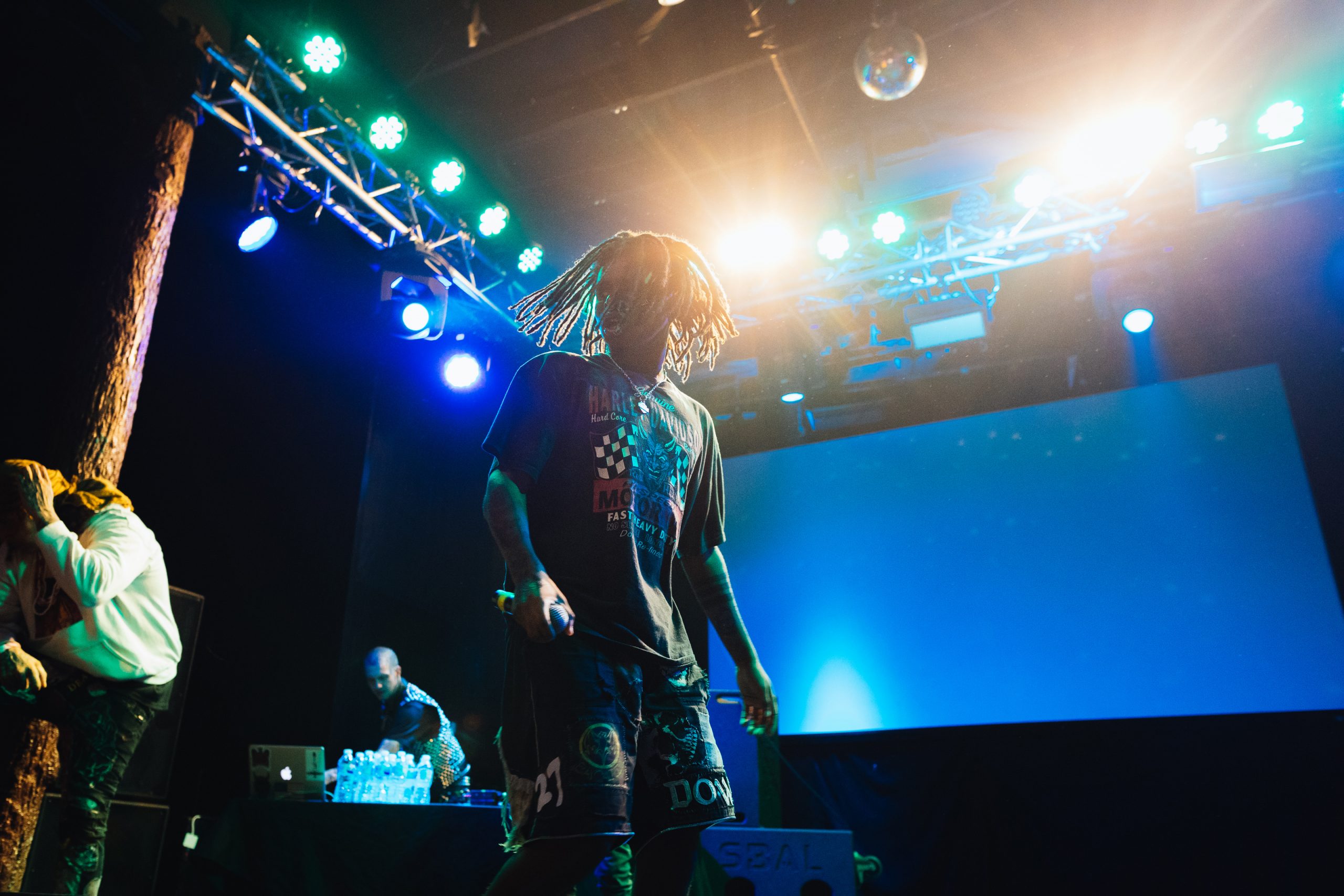 By Chasing Growth Instead Of Clout, Denzel Curry Has Elevated Himself Past His Soundcloud Peers — Something He Proved To His Fans At Trees On Thursday.

Denzel Curry has impeccable timing — and heightened senses, too. And while he surely knew that his sold-out crowd at Trees on Thursday night was just looking to rage, he maintained patience, stuck to his guns and opened the stage curtain to begin Act 1 in his showcase.

Following patterns from Ta13oo, Curry’s third album and the namesake of the tour, it made sense that the first act on this show kicks off with “Light,” the four-pack of songs with an optimistic lens to them that kick off that July release. Strolling onto the stage with a smile on his face after receiving a raving welcome, Curry started the first portion of the set with the title track “TABOO | TA13OO,” where he speaks on the effects of molestation (sung with a paradoxically pleasant melody) and touches on how a partner wishes they could heal the other. Then he jumped into “BLACK BALLOONS | 13LACK 13ALOONS” with the charisma of a symphony composer. That second, bouncy track in particular sounds like it could’ve comfortably found a home on hip-hop radio in the mid-’90s, but, more than anything, these first two tracks from Curry’s new album show off an evolution in his creative process — a softer side to complement the rough and tumble side of things.

The Miami native has always had range and passion in his delivery. It’s what made him a star in his hometown and earned the attention of SpaceGhostPurrp, who invited him to join Raider Klan, a precursory collective to the impending Soundcloud wave. Soon after leaving the Klan, Curry released his Nostalgic 64 debut album, which set him on his current path toward stardom. (Fittingly, when Curry performed the track “Parents” from that release for the day one fans in the building, those die-hards in the room rapped along with his every word.)

Ta13oo has elevated Curry to new heights, but it hasn’t shared much we didn’t already know about the 23-year-old. He’s immensely talented, full of passion and, frankly, he sees everything. Makes sense: How can you talk about the light if you’ve never seen the dark? How can you discuss the taboo without stating the obvious? That kind of worldly insight leads to fantastic lines like “Balance my chi so I could tame the savage” from “CASH MANIAC | CAZH MAN1AC” and “I don’t fuck with the percs, I barely fuck with the earth” from “PERCS | PERCZ.” This latest work also shows Curry separating himself from the South Florida Soundcloud scene his name is synonymous with — alongside XXXtentacion, Lil Pump, Smokepurpp and Kodak Black to name just a few of the dozen burgeoning stars from the region.

Perhaps unlike those contemporaries, Curry seems to be evolving into a complete artist, and not just a furious ball of boundless energy — although that’s still in his bad of tricks, too. To kick off Act 2 on Thursday, he called back to the stellar track “ULT,” which makes sense given its dark and very real mood. The second act of Ta13oo is all about seeing the realities of life. Nothing is just light or dark, he concedes while acknowledging that we usually live in the gray. There, Curry sees the realities of making a lot of money: People change, it’s harder to trust others, and all that gets to him as he’s striving to grow into his final form. Reality gets to all of us — a point Curry did not let go over anyone’s heads on Thursday.

Even though he ramped up the energy in the room while working through “SWITCH IT UP | ZWITCH 1T UP” and “SIRENS | Z1RENZ,” he stopped the show and asked for a moment of silence for those who have lost there lives to police brutality, including his older brother Treon Johnson. The ability to move a crowd to absolute silence to honor his brother and others was stirring, indeed. But just as impressive was Curry’s ability to move right into another banger like “Clout Cobain | Clout Co13a1n,” which is the perfect transition into the dark — a place where not many care to venture. But Curry gets it: Just because you see the dark and experience the dark doesn’t mean it has to consume you. It’s clear now: While emo rap is fashionable, Curry has a hard time dealing with the romanticizing of suicide and drug abuse.

Following his moment of silence, Curry also took a portion of his set to celebrate the life of his longtime friend and one-time roommate XXXtentacion, who was murdered in a carjacking earlier this year. Sentimentality lingered in the air as he then treated his Dallas audience to a performance of his unreleased, Flying Lotus-produced “BLACK BALLOONS 2 | 13LACK 13ALOONS 2” track, which did not make it onto Ta13oo.

Later, before plunging into the abyss of Act 3, he implored everyone in the room — from the pit to the bar — to embrace his most raging sounds of all, performing tracks like “Gook” and “Equalizer.” as the venue turned into one giant mosh pit that would hit its peak during “Ultimate.” The final fury continued with “PERCS | PERCZ” and “BLACK METAL TERRORIST | 13 M T.”

When the night came to its close, it was tough not to be taken aback by the sheer breadth of songs Curry had performed or to be awed by just how far he has come since his earliest days after breaking into the national limelight.

Curry has always flashed signs of greatness but, by not buying into quick gimmicks like face tattoos, absurd earworms or general clout chasing as his peers did, he took his time, honed his craft and did so with so much energy and passion that he evolved into something wholly impossible to ignore.

Now, thanks to that patience, his shows these days boasts a punk vitality and authentic artistry that seems destined to carry his career far past any era or movement. At just 23 years old, Curry already obviously understands so much about the industry — and, better yet, he approaches that knowledge seriously.

It took him more than two years to come up with Ta13oo. Whatever he comes up with next, no matter how long it takes it to arrive, seems destined to be worth whatever wait it may bring.