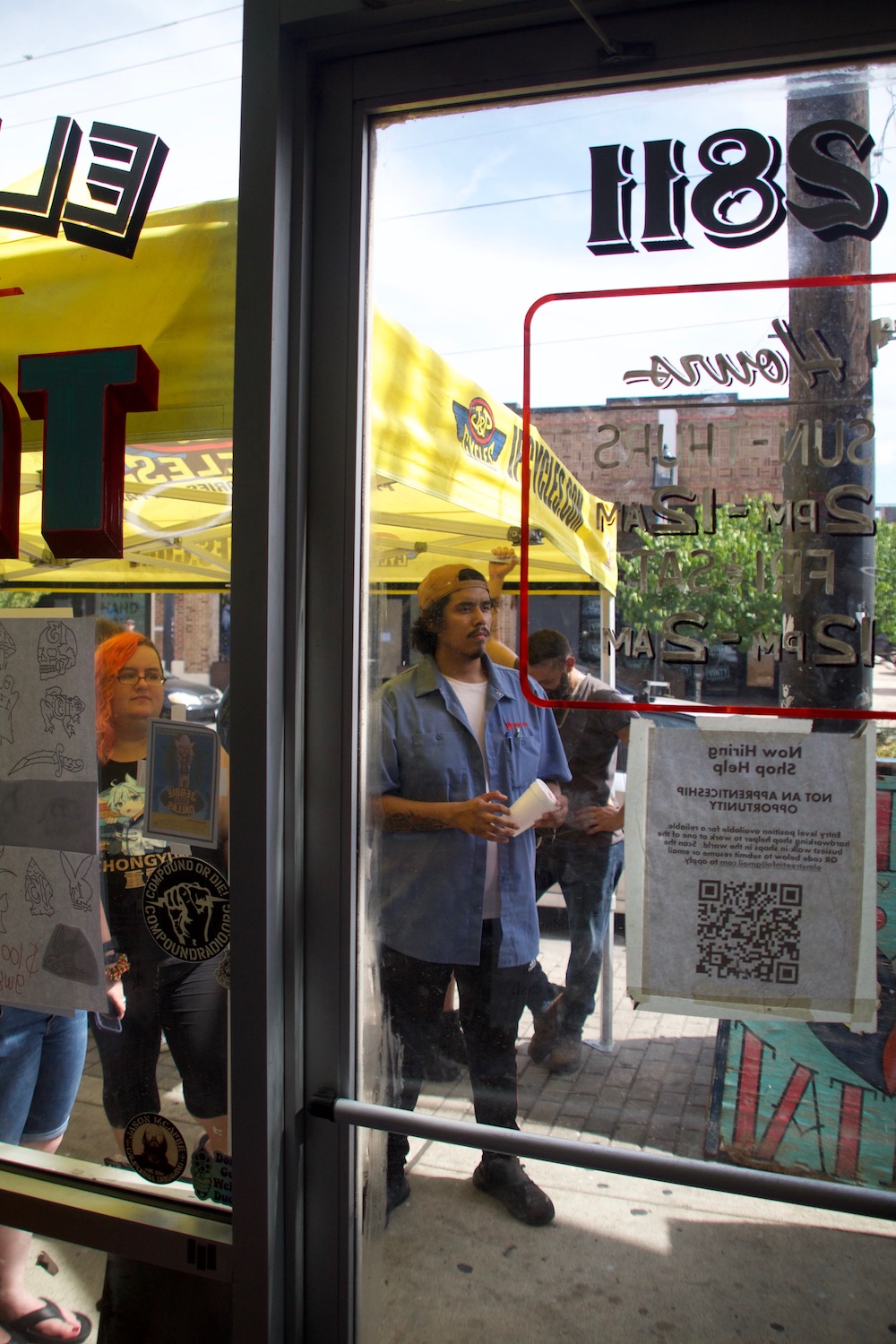 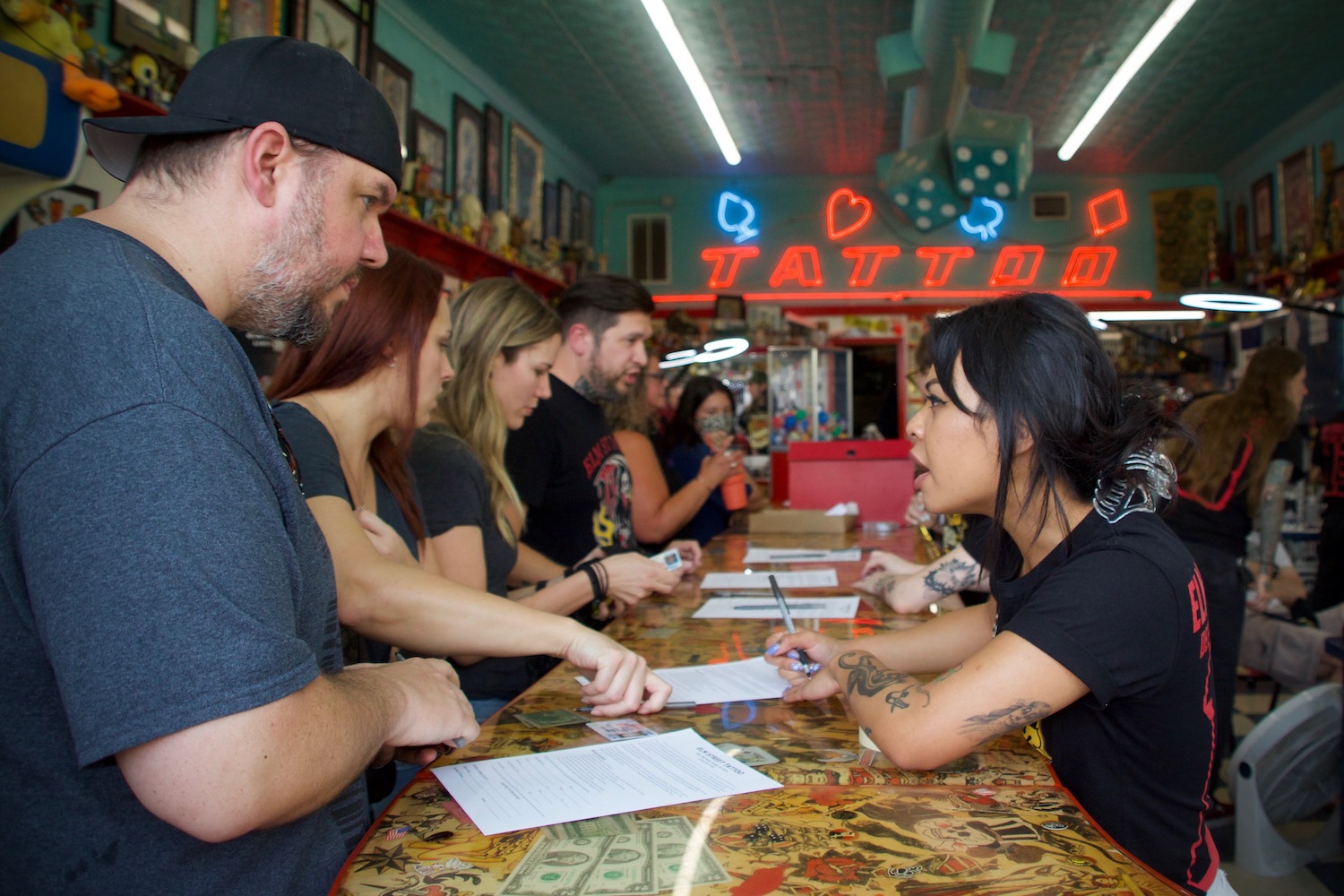 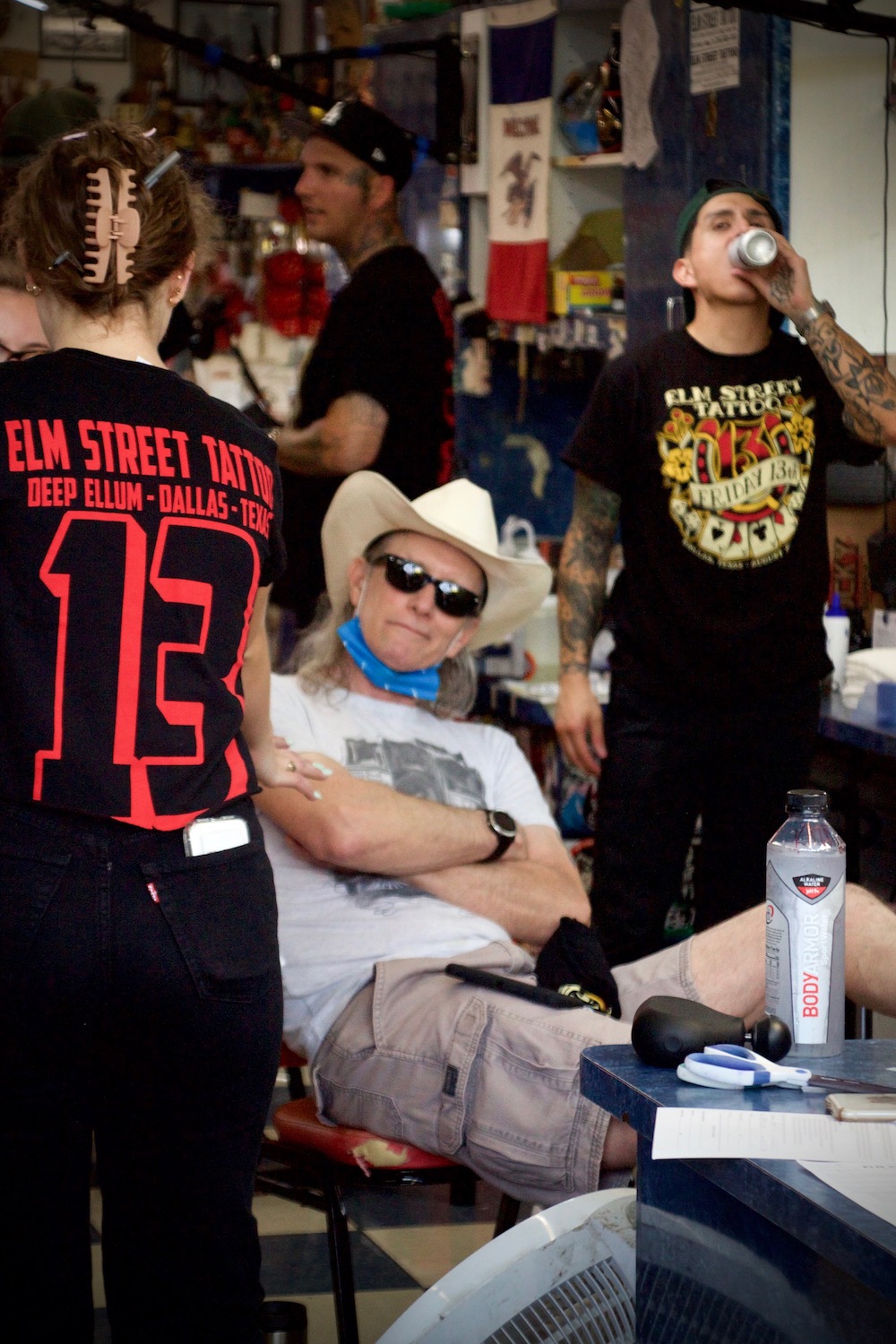 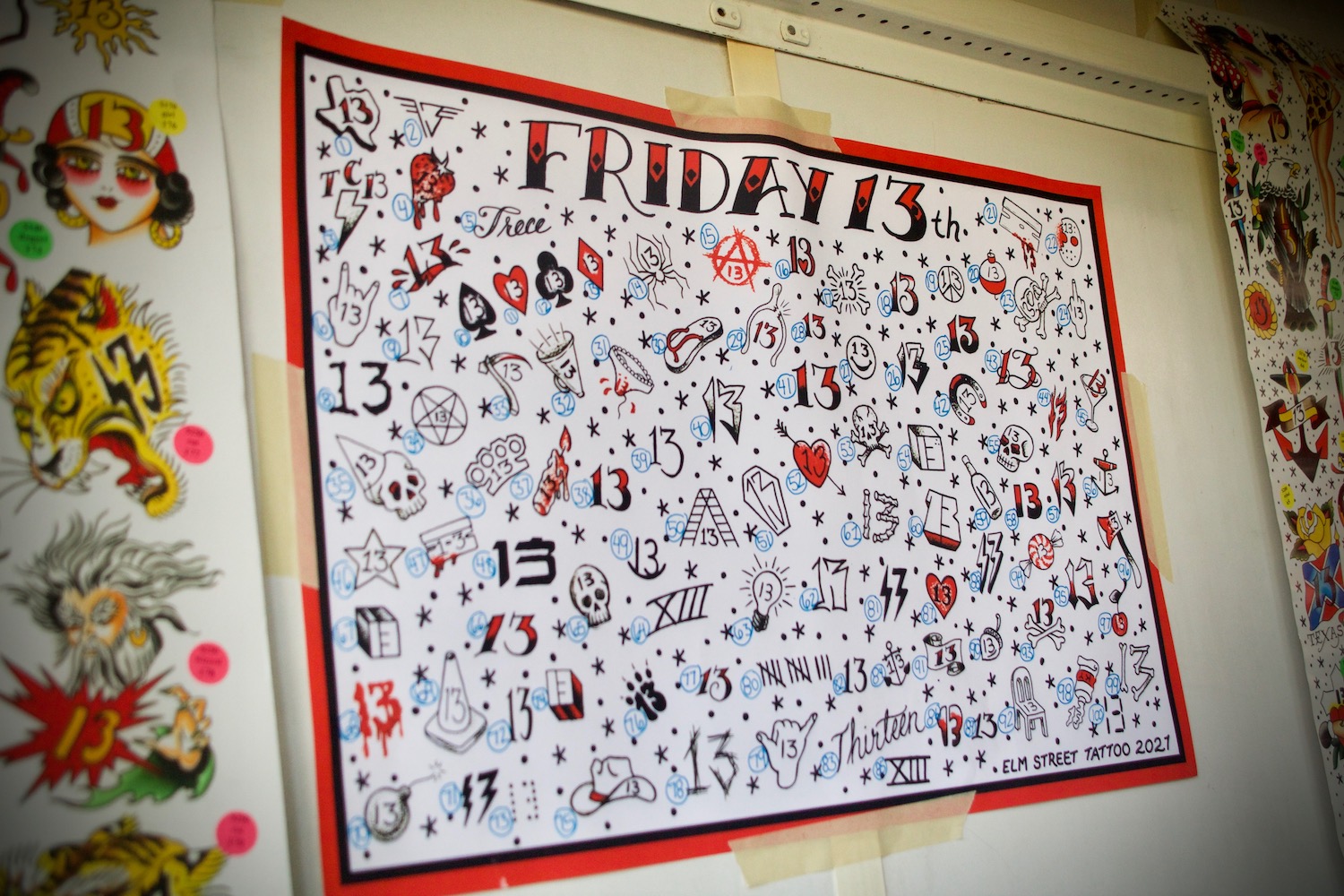 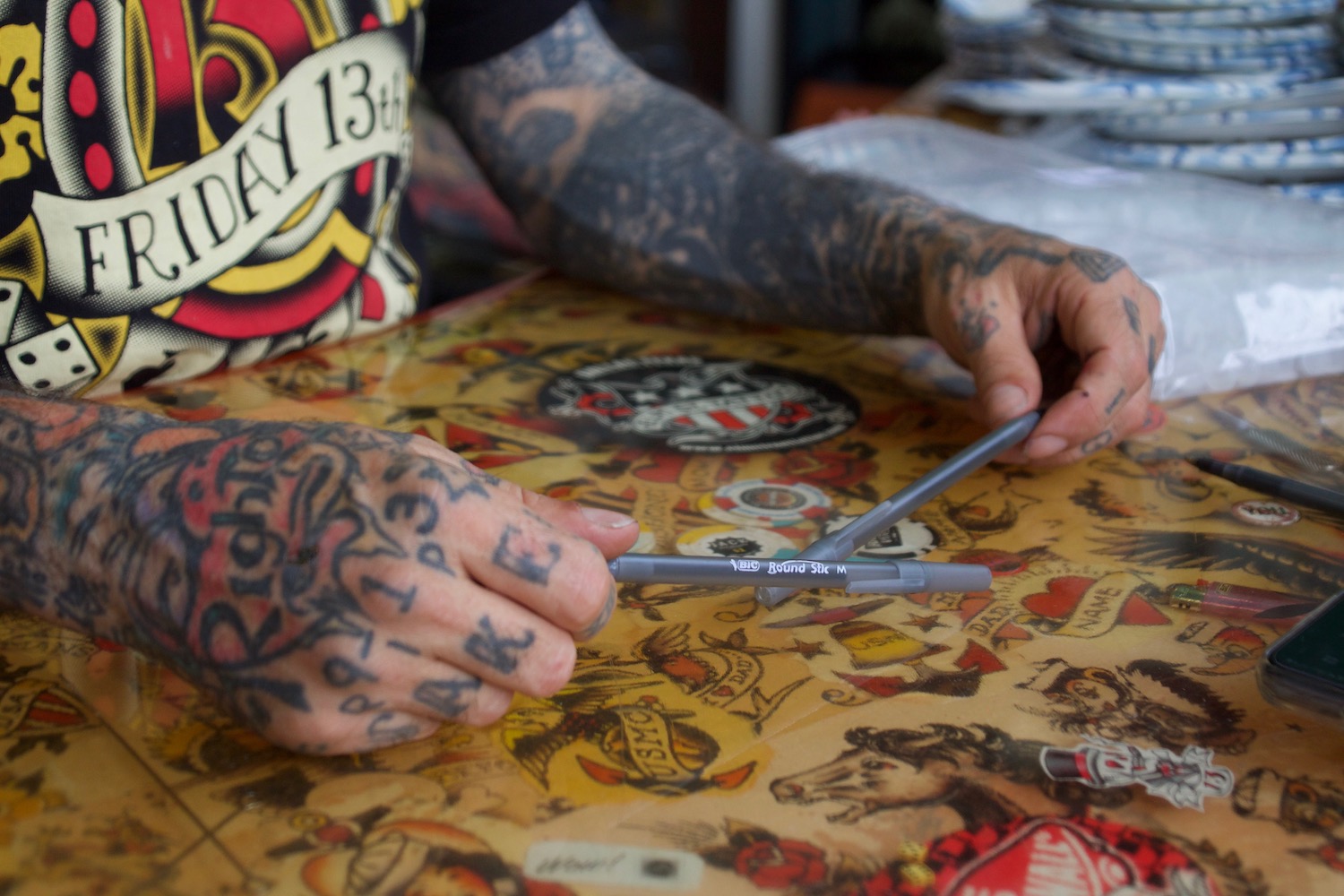 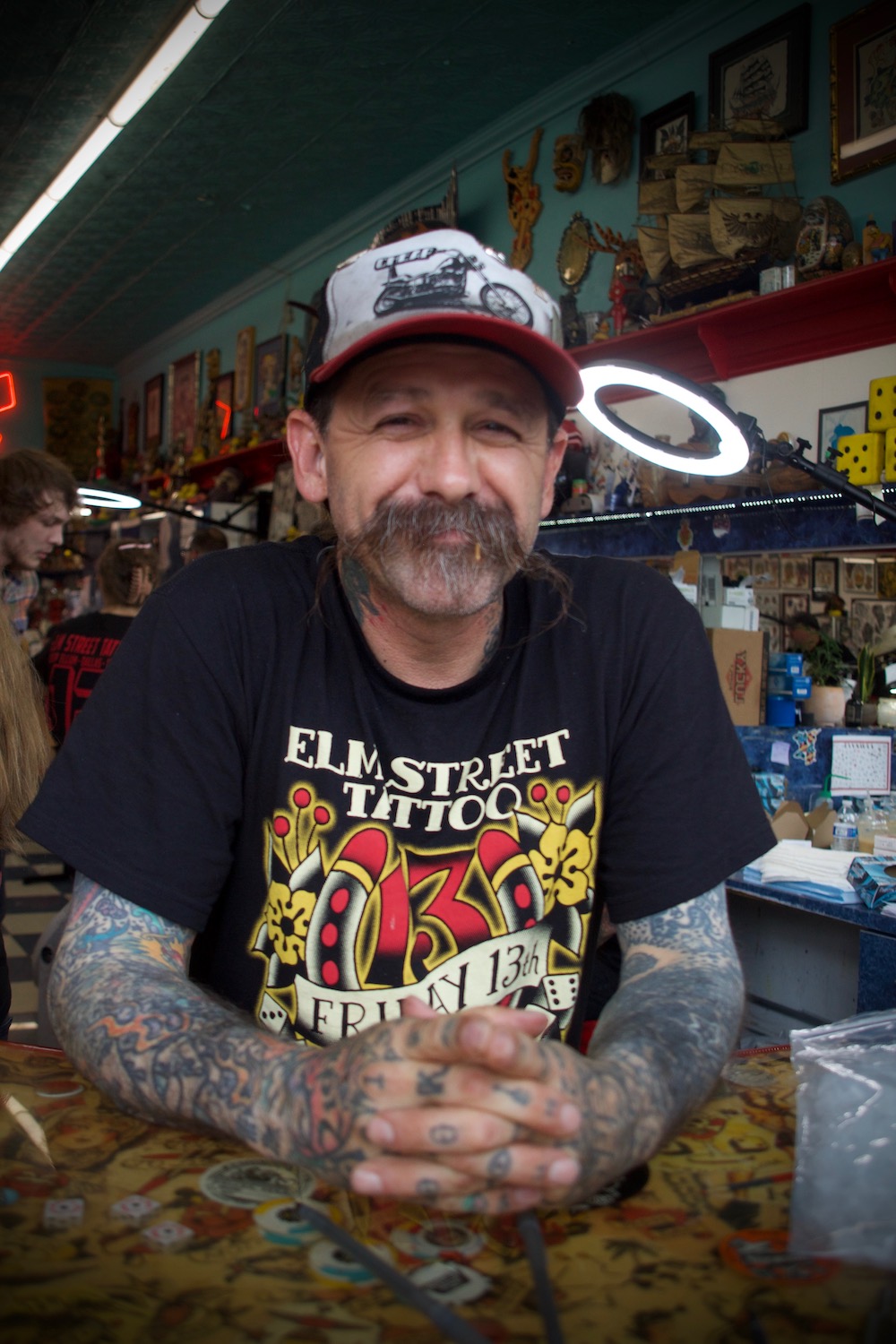 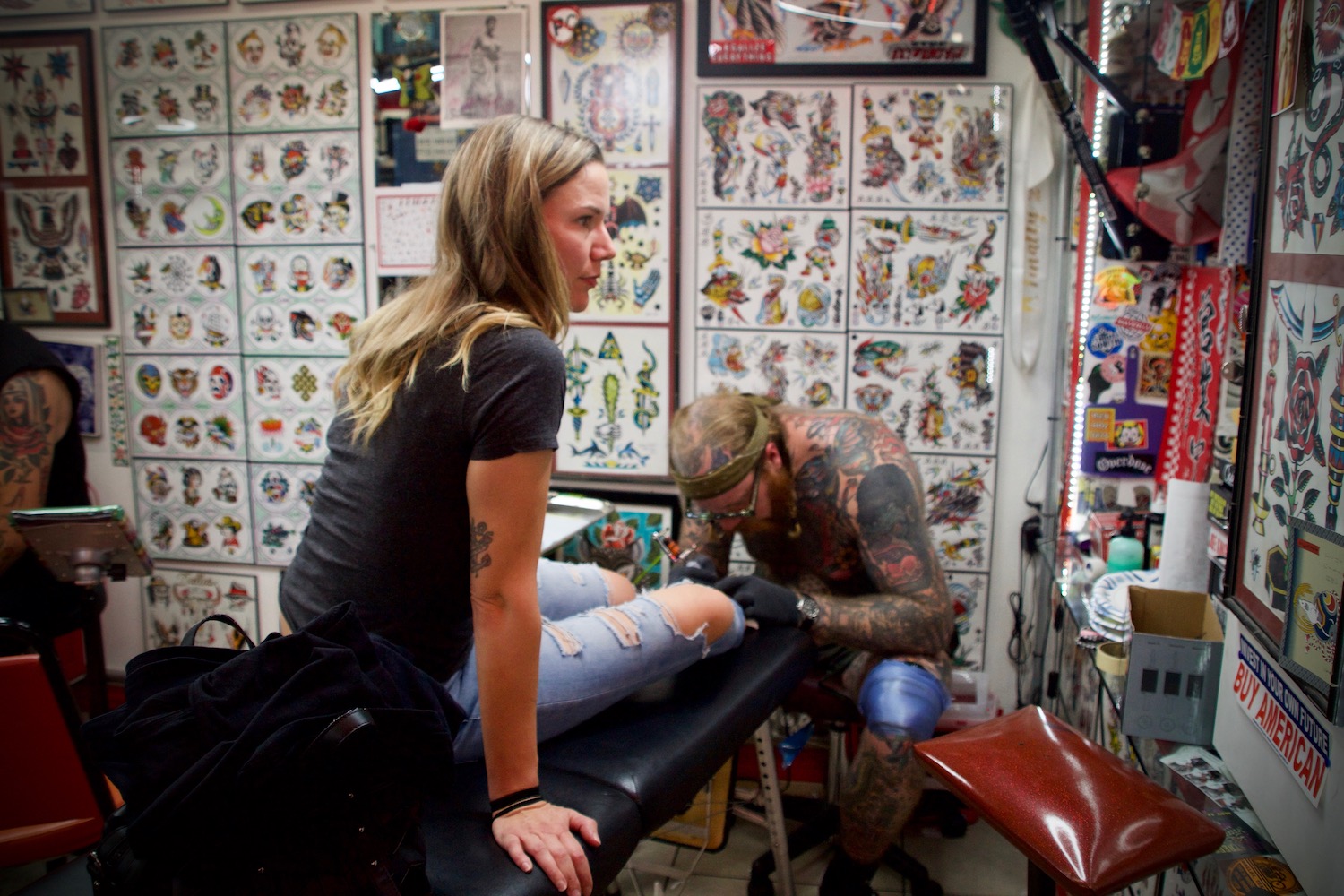 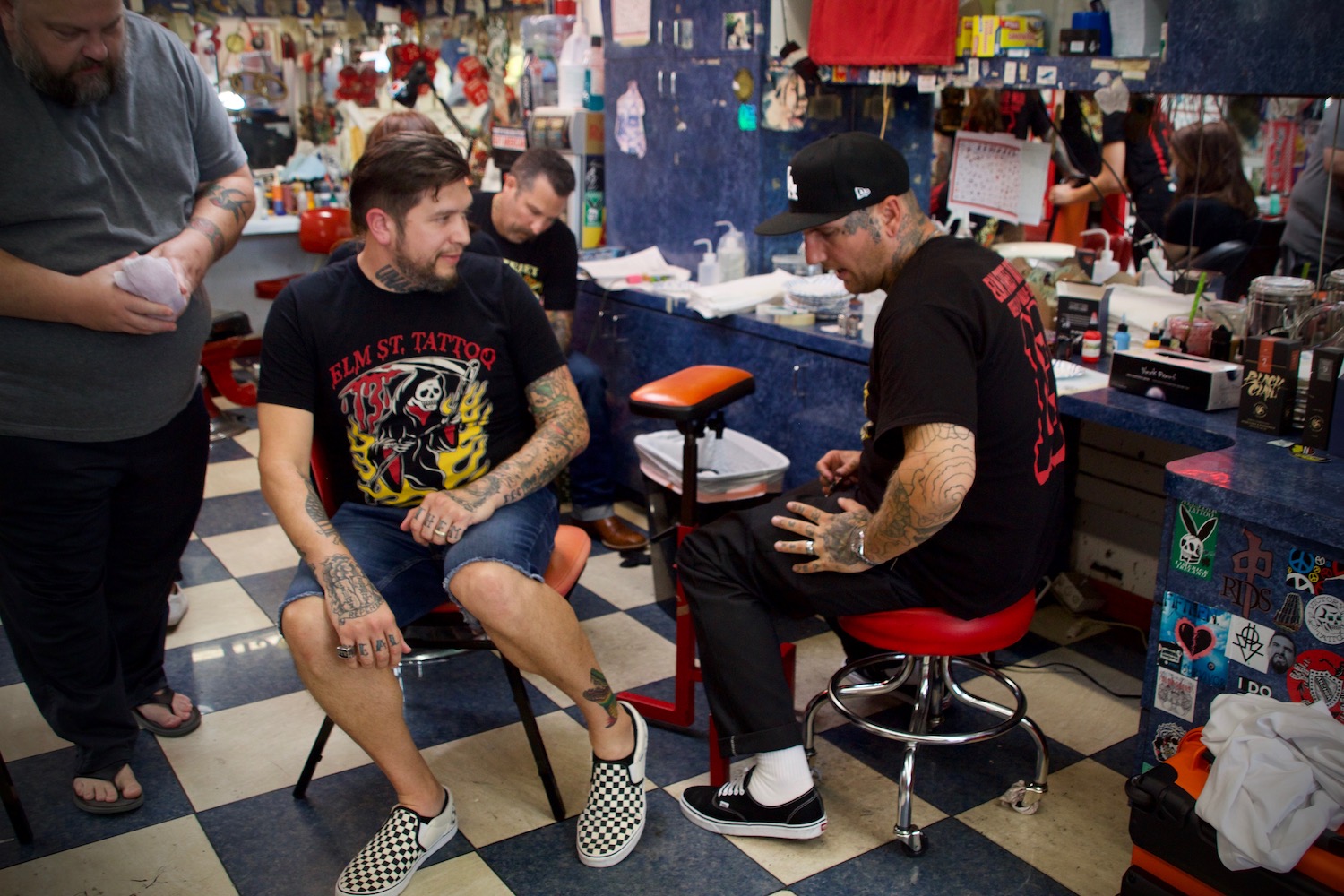 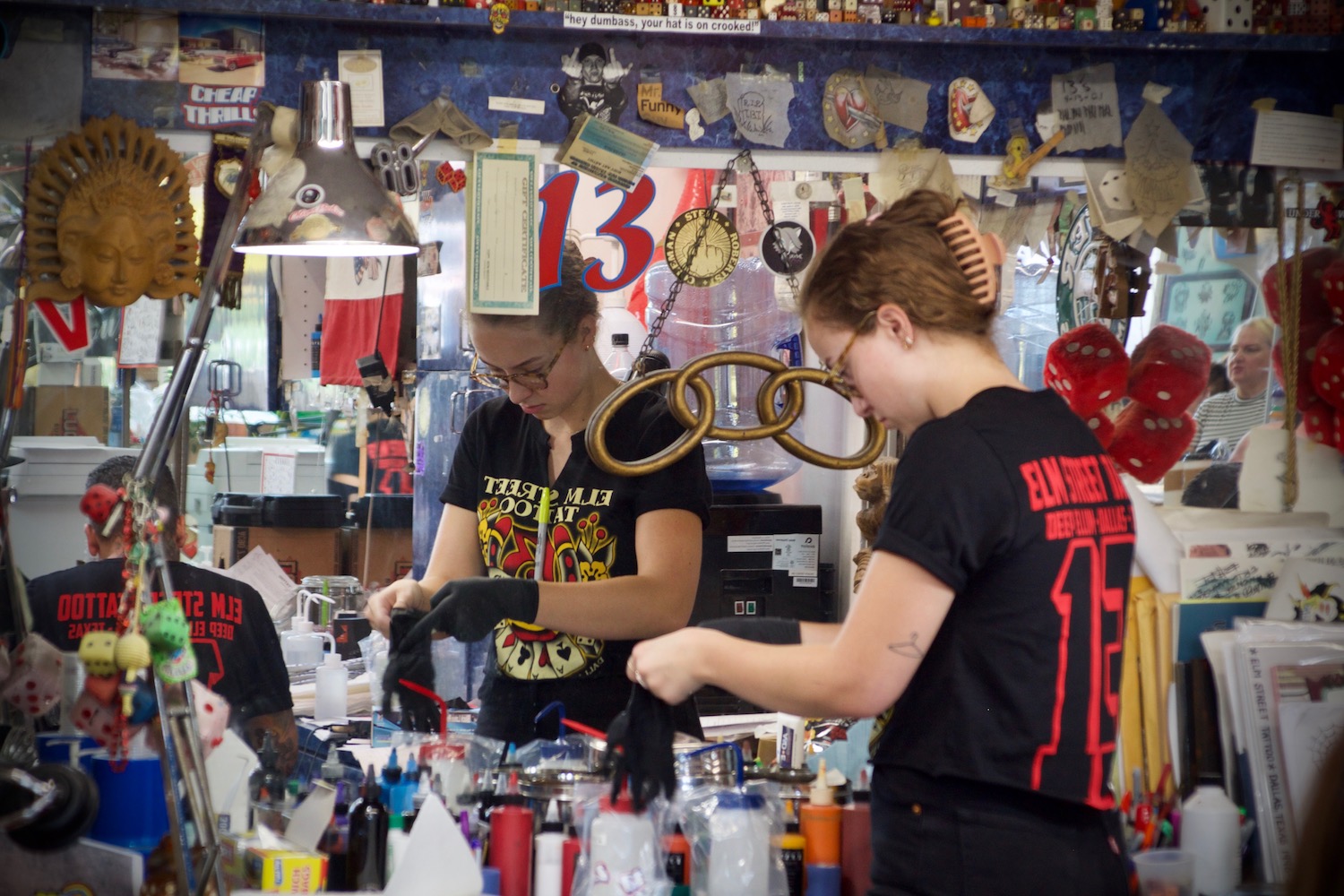 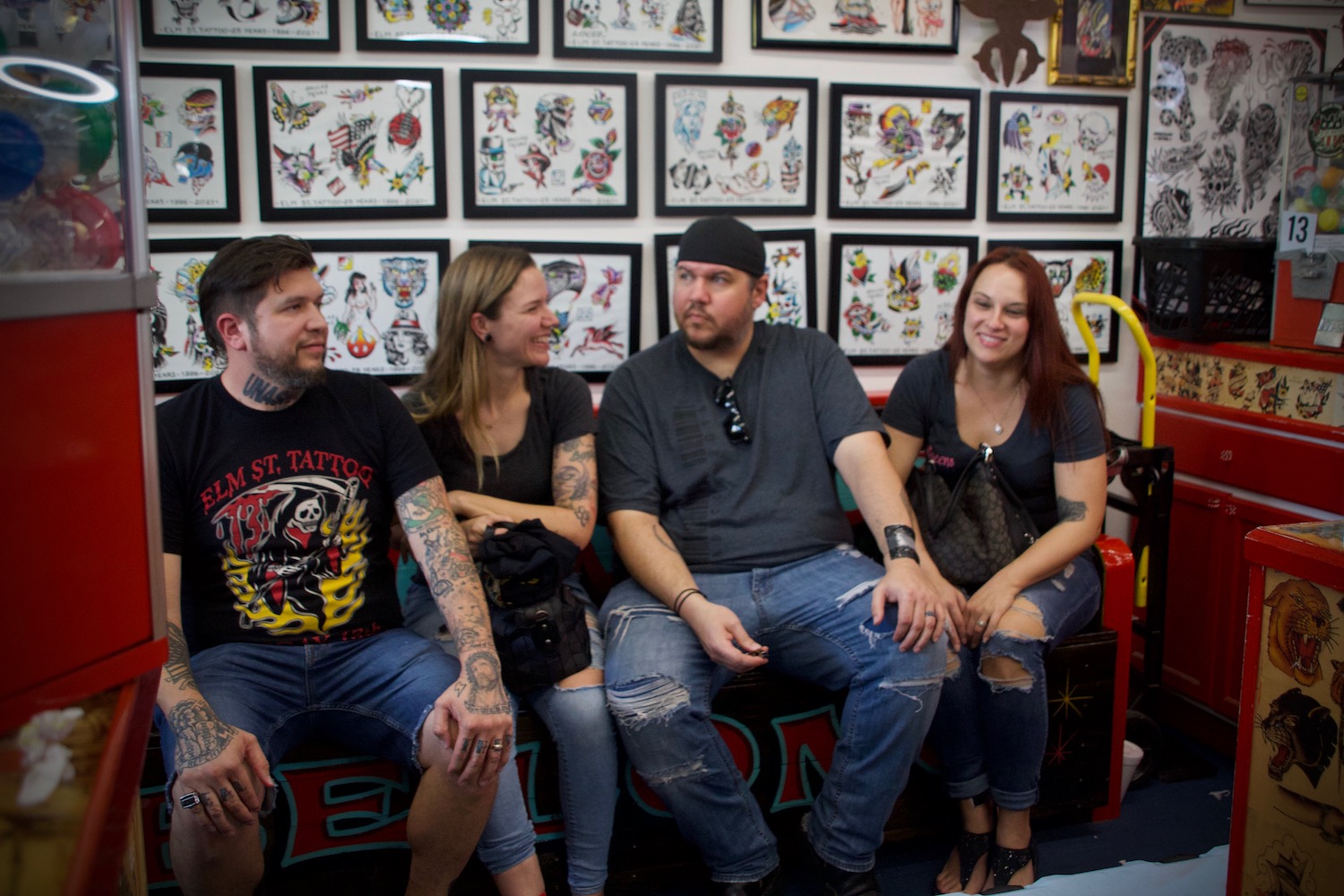 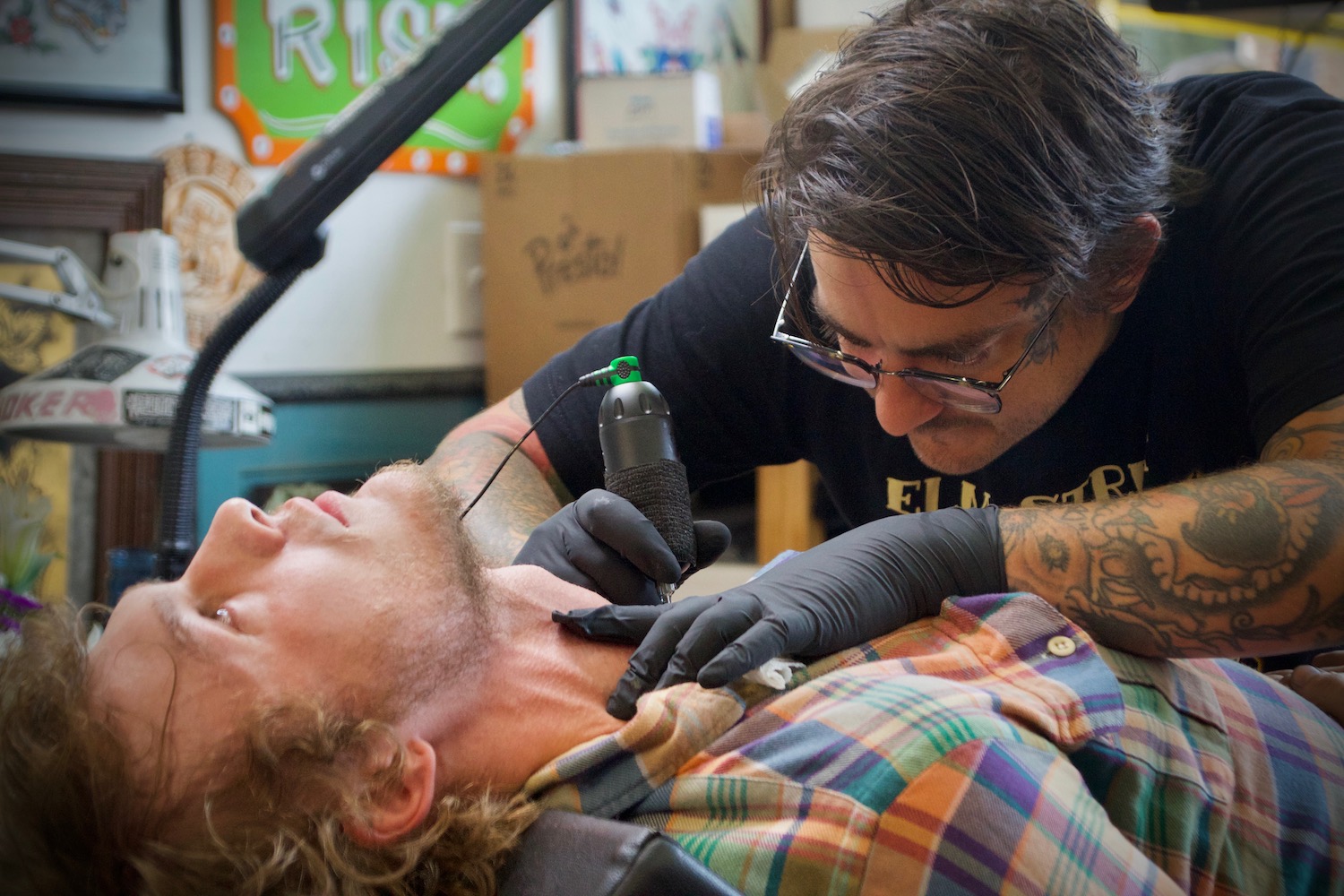 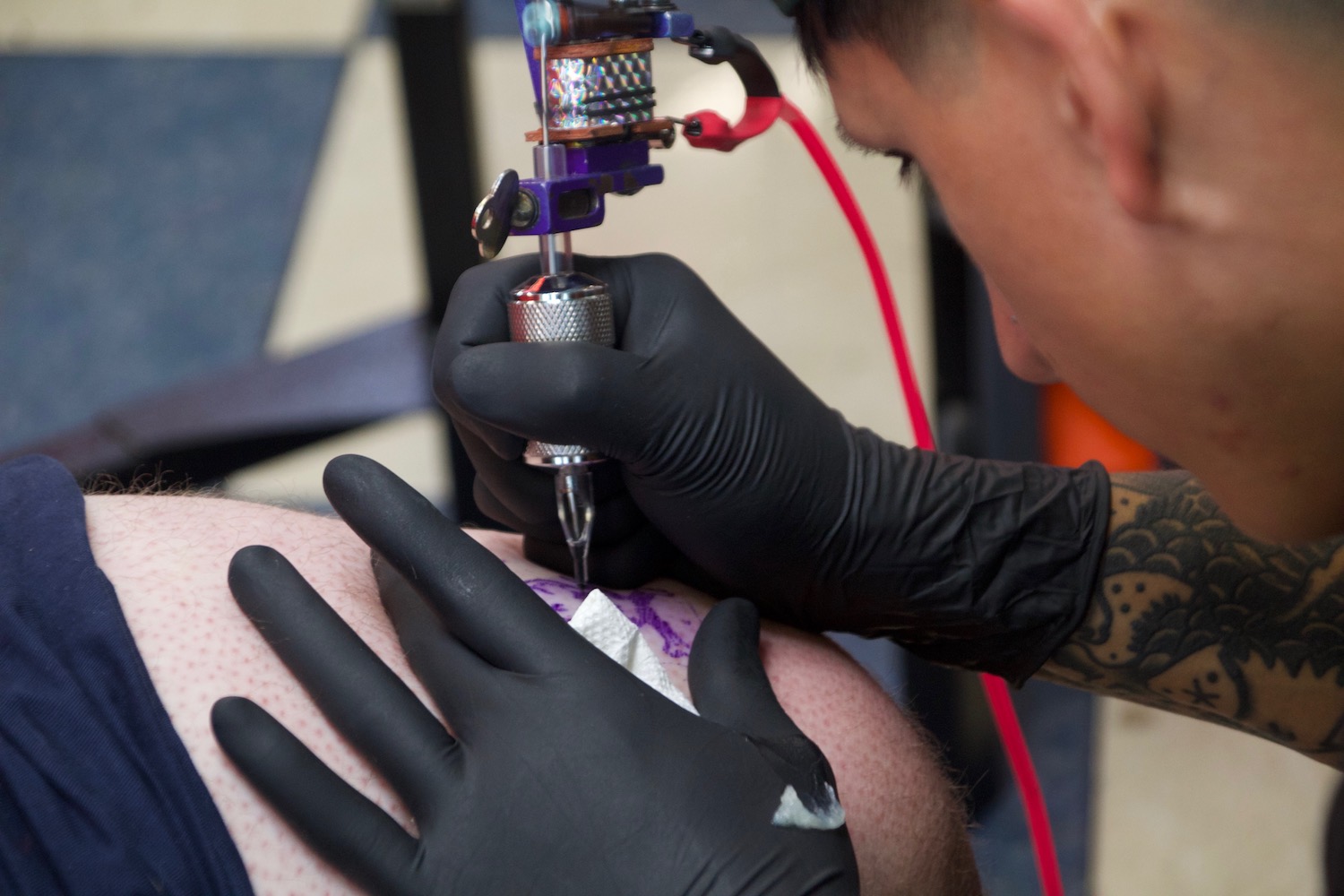 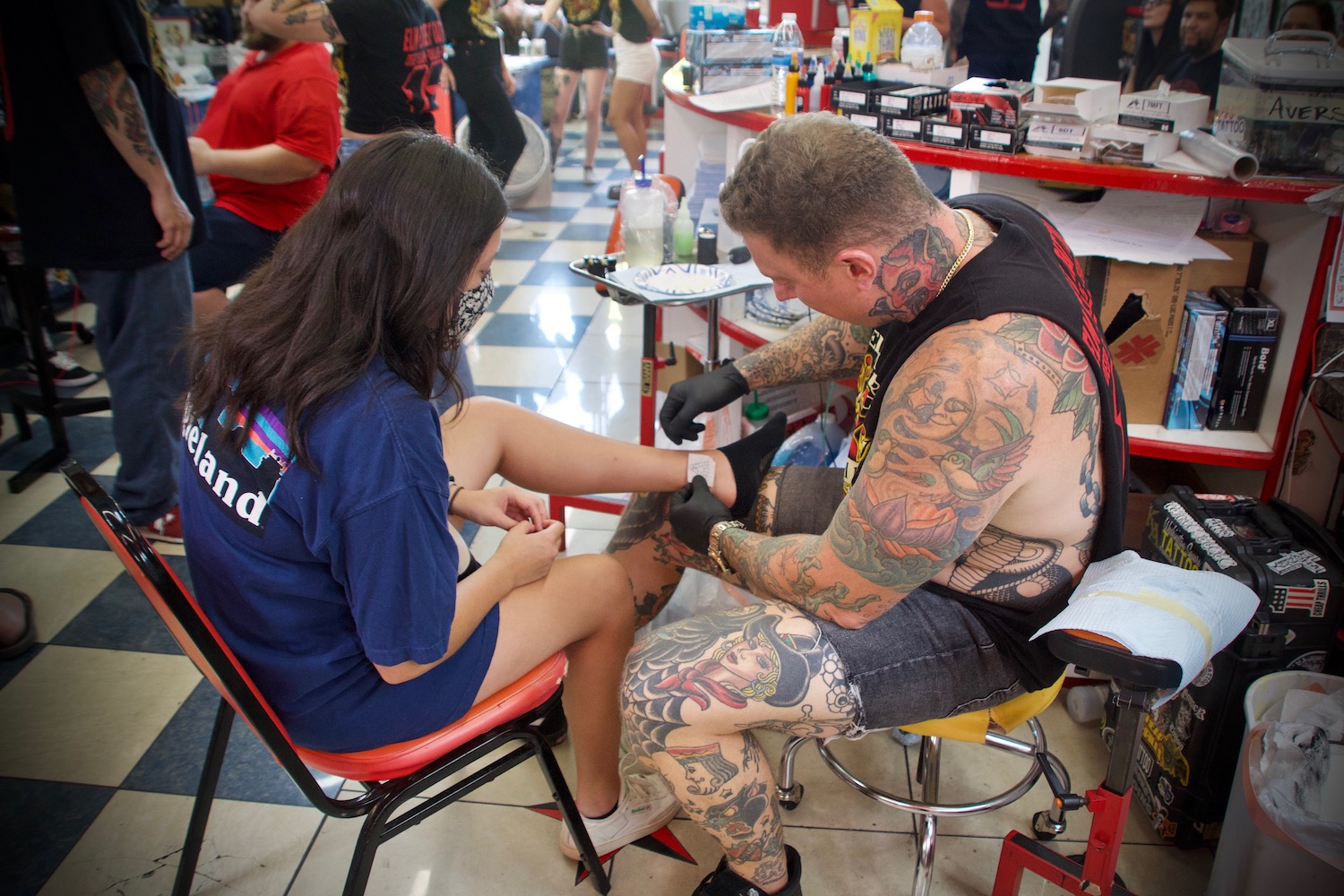 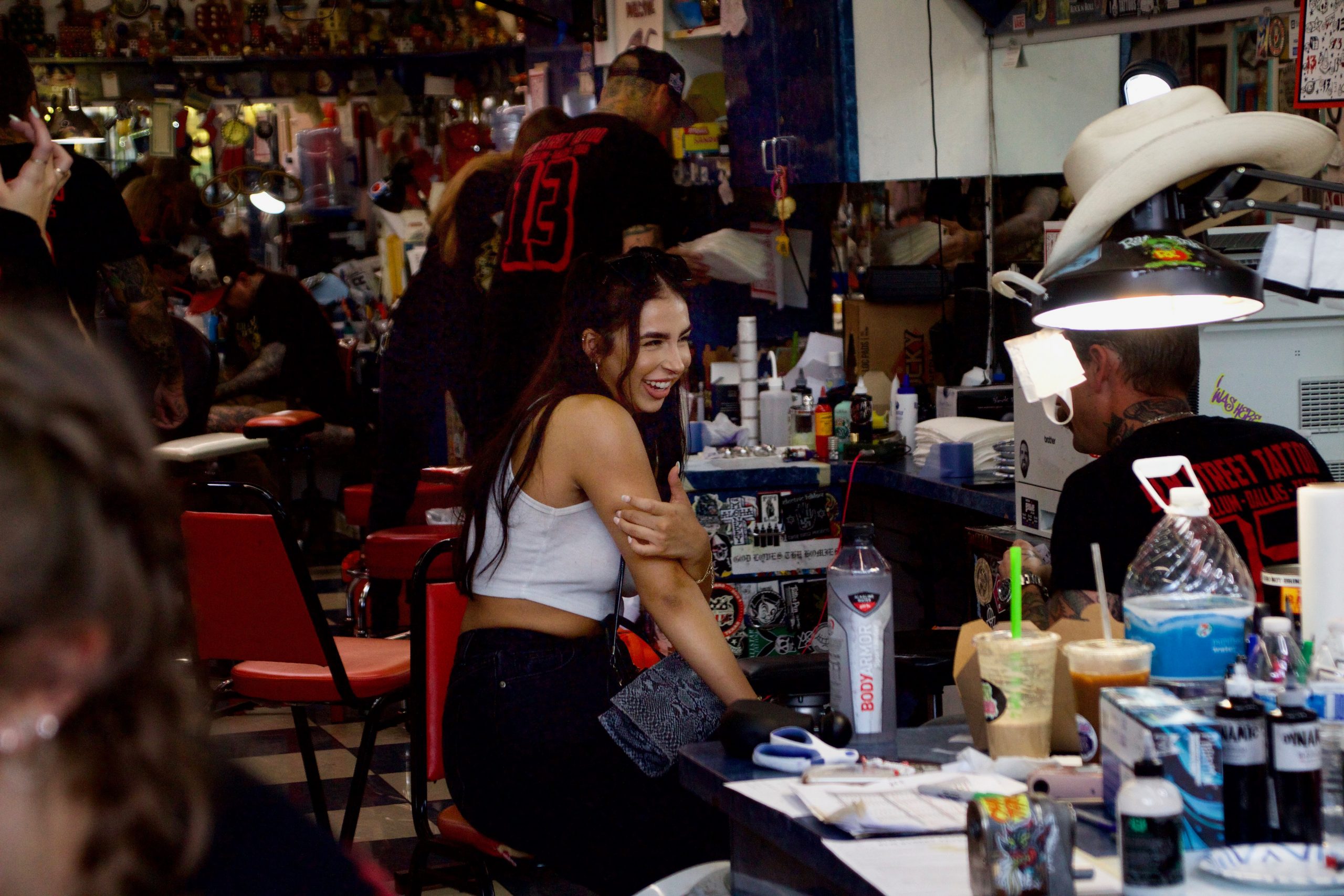 The Deep Ellum Shop’s Friday The 13th Tattoo Marathon Went Ahead As Usual This Year — Even After Co-Owner And Dallas Tattoo Icon Dean Williams’ Passing.

The Friday the 13th marathon tattooing special at Elm Street Tattoo once again returned to Deep Ellum this past weekend — just about two weeks after the revered Dallas tattoo shop lost its co-owner Dean Williams.

The decades-long tradition has long been a staple not just in Dallas but beyond, with hundreds lining up for hours to purchase flash “13” tattoos in Deep Ellum and inspiring similar Friday the 13th promotions in tattoo shops across the country.

This year, though, the Elm Street Tattoo family carried on its event without Williams, who opened the landmark Elm Street Tattoo alongside the famed Dallas tattoo artist Oliver Peck in 1996. Following a heart attacked he suffered in late July, Williams — a father in addition to business owner and well-regarded Deep Ellum neighbor — was hospitalized and later pronounced dead a few days later.

“[Williams was] definitely a Deep Ellum icon, and anybody who owns a business in Deep Ellum over the last 30 years knew who Dean Williams was,” Peck said between tattoo appointments at his shop’s latest marathon tattooing session. “He was more like a family member to me than a friend.”

Not long after they met, the two opened their business — although neither were yet tattooing professionally at the time. Instead, the pair started out simply tattooing friends out of their house. (Well, when they weren’t skateboarding, anyway.)

Peck said Williams legacy will be the positive mental attitude that he made sure permeated the shop and his personal interactions with clients and coworkers every day. It was that spirit, Peck said, that inspired the shop to turn its annual holiday party into a toy drive to help area children in need. It’s the same notion upon which the two also helped open the Deep Ellum vegan restaurant Tiki Loco, which opened in 2018 with a focus on healthy eating.

“We’ve been together [at the shop] for 25 years,” Peck said. “You have to cherish every moment because you never know which day is your last.”

On August 8 at the concert venue Trees down the street, friends from across the country descended upon Deep Ellum to attend a memorial hosted in Williams’ honor and share stories about their late friend. That so many people turned out to pay their respects wasn’t a surprise to Peck; rather, he said, it was a testament to Williams’ enduring legacy as both a tattoo artist and as a person.

“A lot of people knew who he was and will never forget him.” Peck said. “But I also hope a lot of other people are going to learn about him now.”