Once Again, Record Store Day In Dallas Was Quite Good. 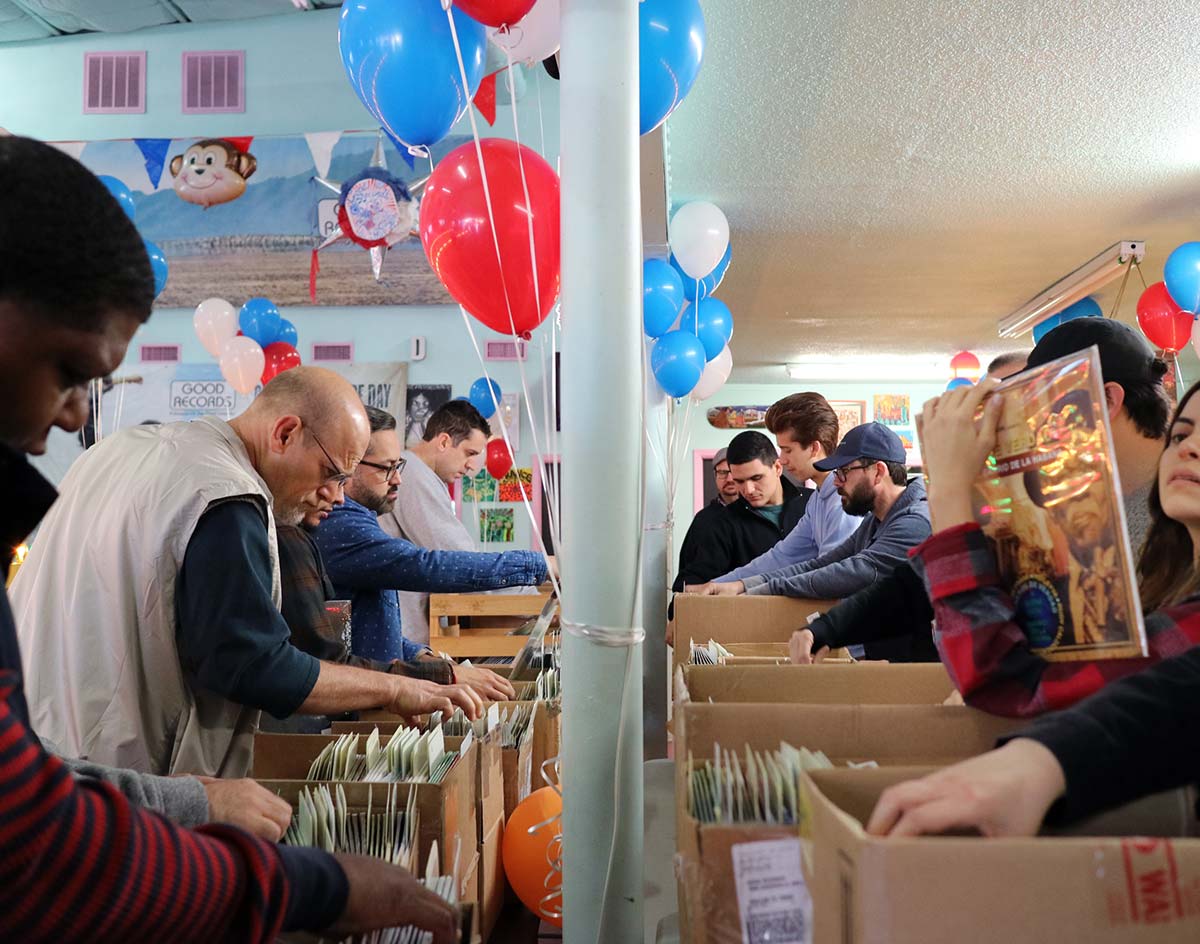 Few Dallas Music Traditions Are As Enjoyable As Good Records’ Annual Celebration Of Record Store Day, And The Store’s 2018 Offering Was No Different.

Given the scarcity of the items and the often novel nature of the product — a Toto picture disc shaped like the continent of Africa, colored vinyl recreations of early Taylor Swift albums or the latest installment of another wholly unnecessary live album from some jam band — you’d be forgiven for thinking that the Record Store Day concept has long needed to evolve past its offerings of exclusives and toward something greater than the simple act of shilling out $200 to your local record store once a year.

Fortunately for Dallasites, Good Records on Lower Greenville has consistently understood this much, annually using the “holiday” to cater to both the hi-fi superfan as well as the lover of great, local music. 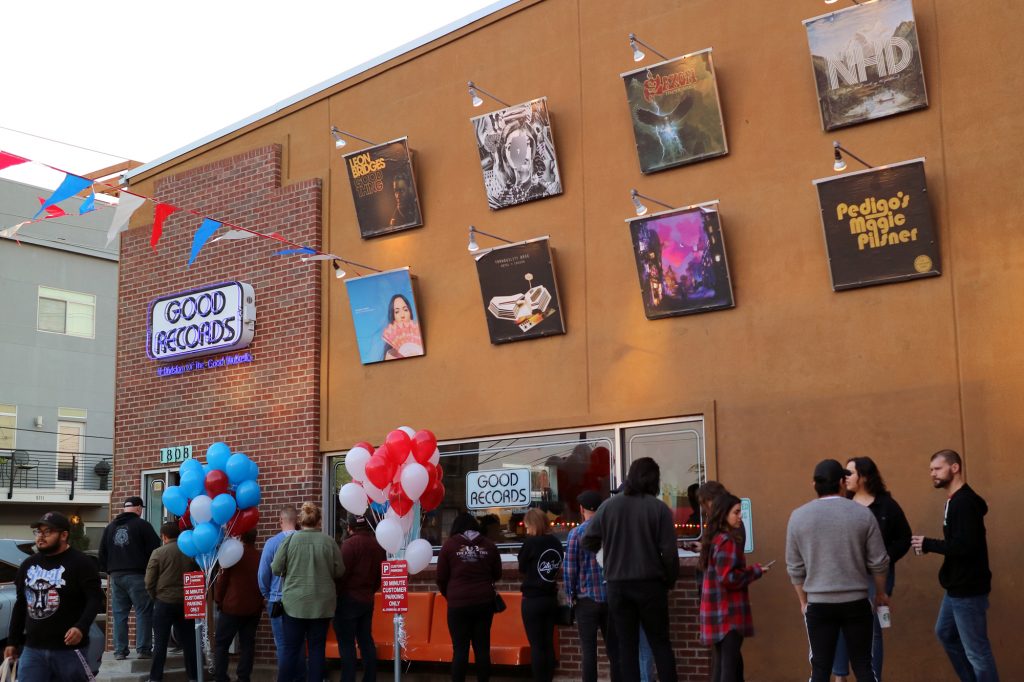 This year’s event was no exception, with the store’s joint Record Store Day and 18th anniversary celebrations once again transcending initial restrictions of the holiday and creating something that felt uniquely Dallas.

In fact, Saturday’s party at Lower Greenville was so nice, we went twice. First things first, we awoke at the ungodly weekend hour of 6:30 a.m. to climb into our cars and join the long line of bleary-eyed vinyl fans who managed to get to the store before us. In addition to cups of coffee, some of these fiends also clutched long lists of must-haves — desires ranging from Bowie rarities to a cast recording of the Spongebob Squarepants musical. Others had smaller lists, mostly conforming to weird collecting tendencies — like, well, me and my hunt for a picture disc of The Last Jedi’s soundtrack that was shaped like the Porg animals from the recent run of Star Wars sequels.

Even though it was around a hundred people strong by the time we finally got all the way through, the line — featuring a few folks who had been waiting since the night before for this year’s list of reissues and exclusives, having taken up their spots prior to the store even closing its doors on Friday night — moved briskly. 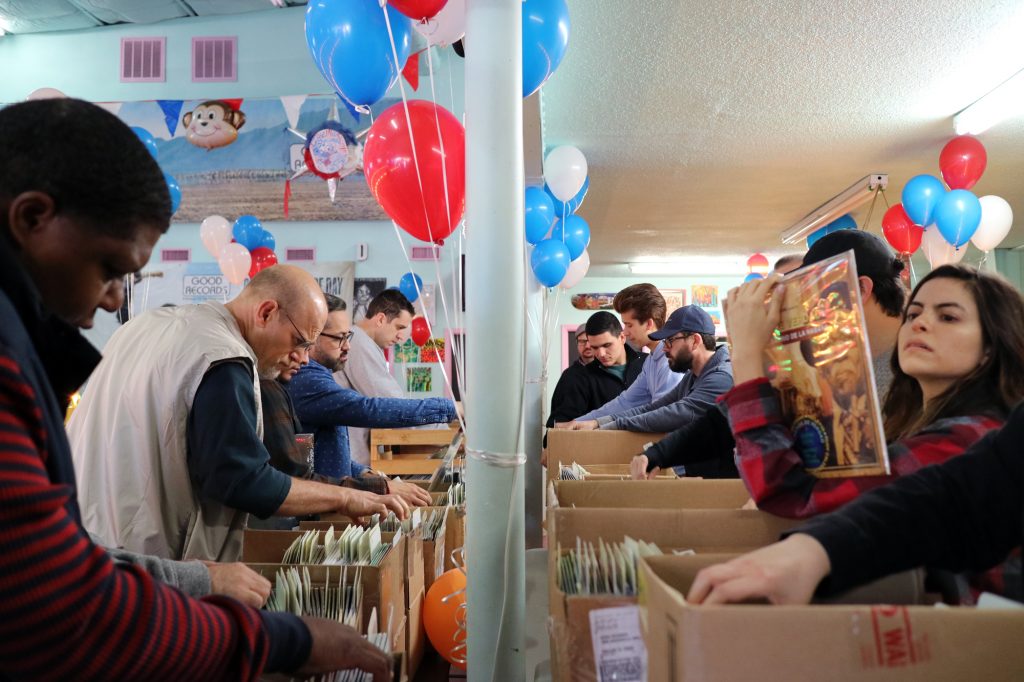 Once inside, the crowds were excited and polite, with everyone dutifully perusing the neatly organized boxes that featured the day’s exclusives. By the time we got to the special release section, things were fairly picked over — although, hey, I still got that requisite Porg picture disc I sought, and my photographer Jason scored the latest from the Dallas-sprung and Austin-based S U R V I V E, still riding high off their work on Netflix’s Stranger Things.

The day still young, we left — rather tired, I should note — for a quick bite and another cup of coffee. 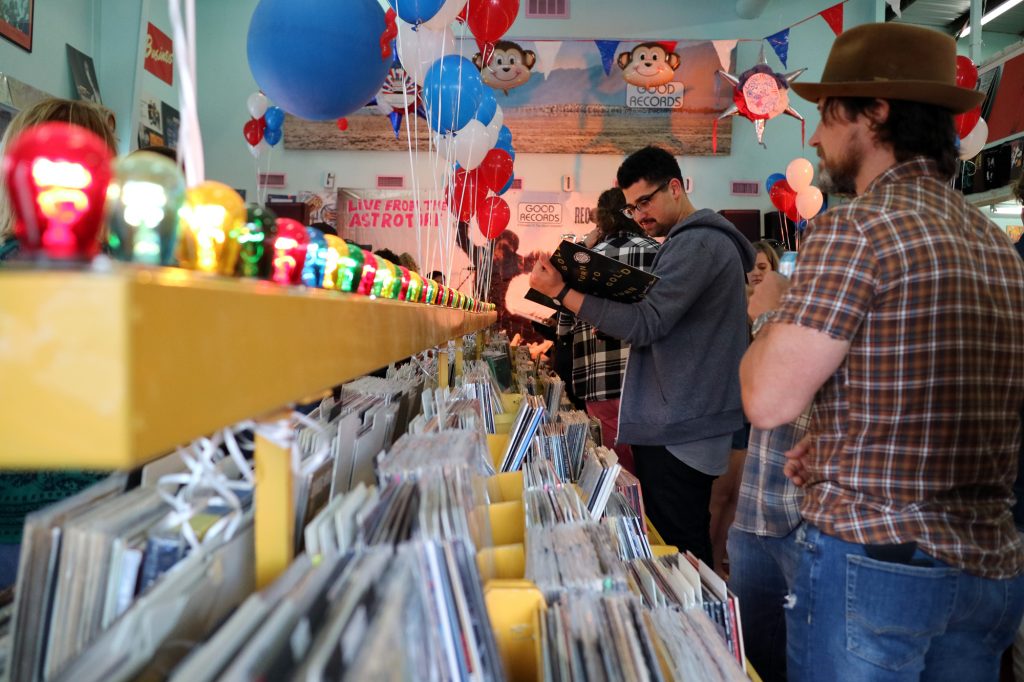 But later in the day, right around 2 p.m., we strolled back Good Records’ way — stymied initially by rain, I’ll admit. The rest of the normally robust Record Store Day crowds Good draws seems to have responded to the weather much in the same way, with the revelers  who typically stick to the bustling parking lot relegated to cramming the rows inside the store.

Still, while Mother Nature may not have cooperated at large, she did succeed in nudging folks toward the store’s famed AstroTurf stage, which featured a pretty great lineup of up-and-coming acts, including Dallas’ own ever energetic garage punkers in Loafers, providing a soundtrack to groups of families and friends who listened on while thumbing through and pointing out the records on the Good’s shelves. 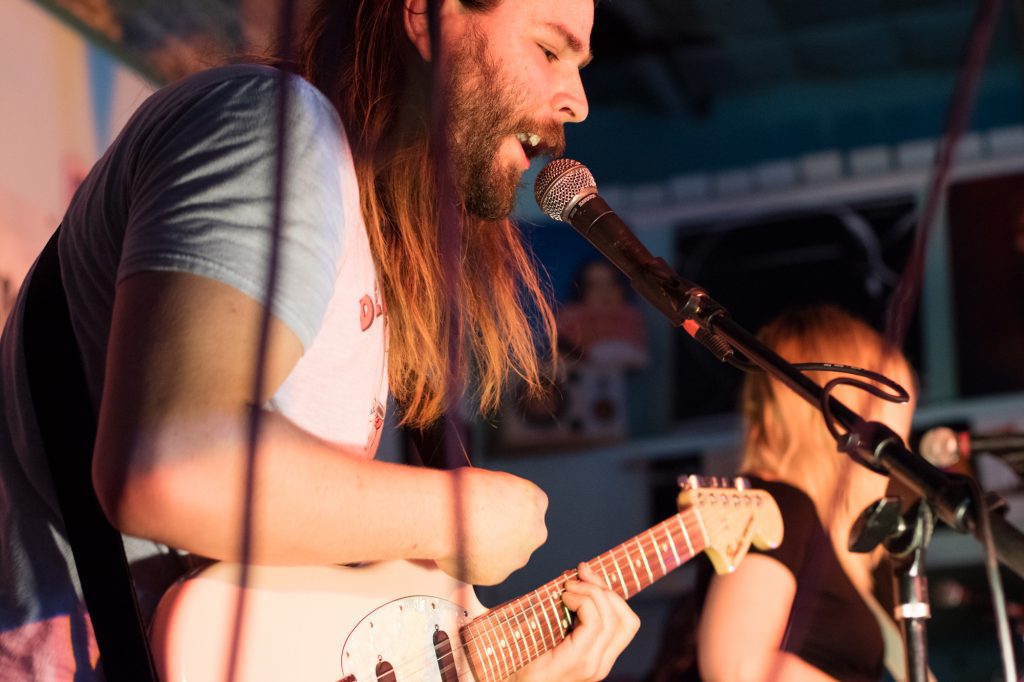 Out back in the store’s warehouse, a separate crowd gathered to enjoy some beer and a steady stream of talented area DJs. Design label Johnny Cupcakes was also slinging merch in this back area, adding a new element to the day’s potential purchases as Resident Taqueira and Casa Mama set up shop alongside, providing great bites and wafting the sweet scents of tamales and tacos into the air.

Is it easy for vinyl fans to act jaded about Record Store Day in general? Absolutely, just as it is equally easy to make fun of people who use to the day to pick those Taylor Swift reissues (which sold out, by the way).

But 11 years into its Record Store Day celebrations, Good Records has long since shown that, while other stores may use this “holiday” as a way simply, it uses the occasion as a legitimate excuse to celebrate music. Even walking away from the proceedings as the afternoon turned into evening, you could hear the strains of live music emanating from the store a few blocks away, sounding like siren call to anyone seeking to discover a rich world of sound and tradition — one that, even just for a day, seemed louder than ever.