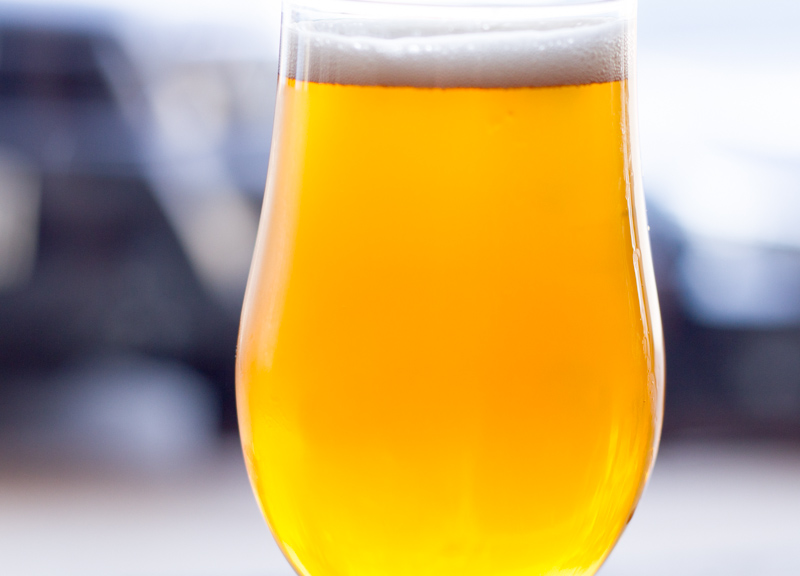 This week, we sipped on Bitter Sisters' Belgian Tripel.

Overview.
Have you heard of Bitter Sisters? My predecessor in this here column reviewed a beer of theirs called Hissy Fit earlier this year. And now we're back again, hollering at our favorite Addison-based production brewery. You might not know this, but Bitter Sisters is known for being a family-focused operation. It's great to know that the family that brews together boozes together. Or something like that.

Background on Belgian Tripel.
Tripel fits into a larger category of Trappist-style Belgian ales. OK, first things first: We can use the word Trappist when we describe the style of this category of beer, but if Bitter Sisters or any other brewery were to use the word Trappist in their beer's names, they're kind of breaking the rules because such beers need to come from an actual Trappist monastery. Higher-alcohol beers of this ilk are brewed with a rather aggressive and alcohol-tolerant strain of Belgian yeast that's famous for producing very smooth, drinkable beers that are both flavorful and boozy.

Appearance.
This beer is super clear, giving away almost no indication of the imminent fruit and spice party that'll come later. Unlike some other bottle-conditioned tripels, Belgian Tripel's head dissipates rather quickly, and there isn't much to say for lacing either. But the carbonation remains, so there's that. The head and lacing aren't totally to style, but I suspect that if Bitter Sisters released this in a large-format bottle, it might be a different ballgame.

Aroma.
Belgian Tripel plays nicely in the tripel space from an aroma standpoint. I sense a tickle of orange and spice, something akin to clove. There's a faint whiff of booziness, a warming and comforting sense that invites you in and asks you to take a sip. The ester-y aromas are definitely here, paying homage to the classic Belgian ale yeast used on this beer.

Flavor.
There is a harmonious balance in play between the spices, malt, hops and yeast. There is a spicy note that almost takes over, but in a most-welcoming way. With the spiciness, there's a faint orange and clove flavor, pronounced by the Belgian yeast. This beer is deceptively smooth, and you might forget that it has a 10.1 ABV until you get closer to the end of your first pour and you feel your good time turning in to a better time.

Mouthfeel.
The medium body in place here another nod to how drinkable this beer is despite its high ABV. It helps balance out the boozy notes. Based on style guidelines, though, Tripel is supposed to have little to no warming sensation, and I do get a sense of warming sensation from the high level of alcohol — but certainly not in a bad fusel, hot sort of way. It's a subtle sort of warming. And I dig it. More, please.

Overall Impression.
In a seemingly endless landscape of fun and original beer names, why did Bitter Sisters name its Belgian Tripel, uh, Belgian Tripel? With other beers from the brewery named things like Busy Body, Cat Fight, Knock Out and Hissy Fit, it feels like the Bitter Sisters' beer-namer was on vacation when this beer came out.

Pedantic name aside, however, this beer does not disappoint. It's a nice beer for autumn with its complex character, warming sensation and lingering spice. It's deceptively boozy, too — a real manty-dropper. 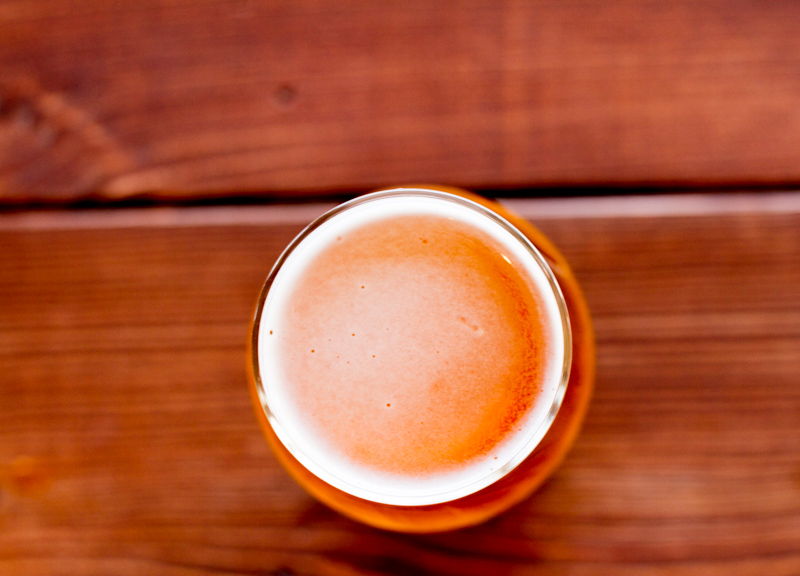 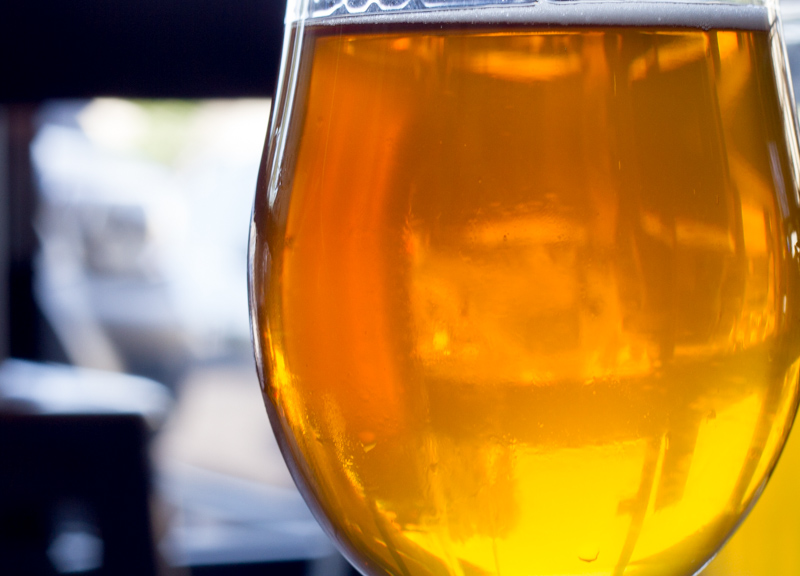 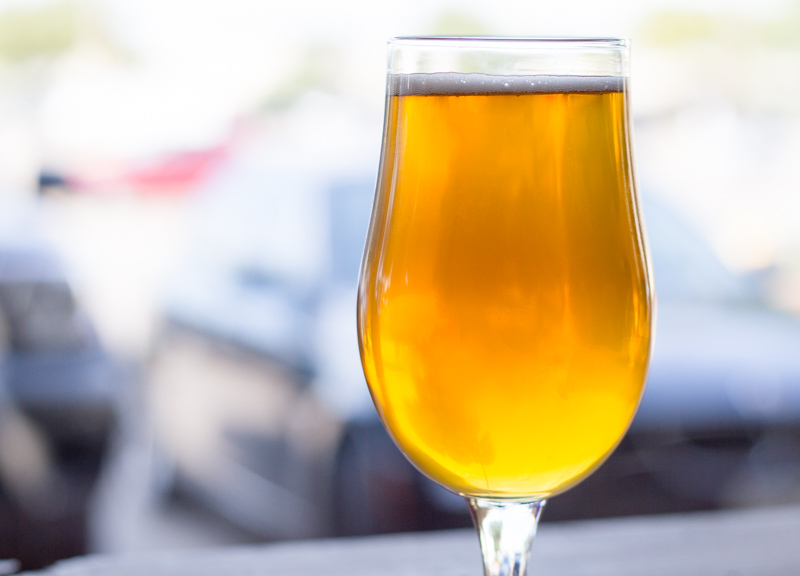 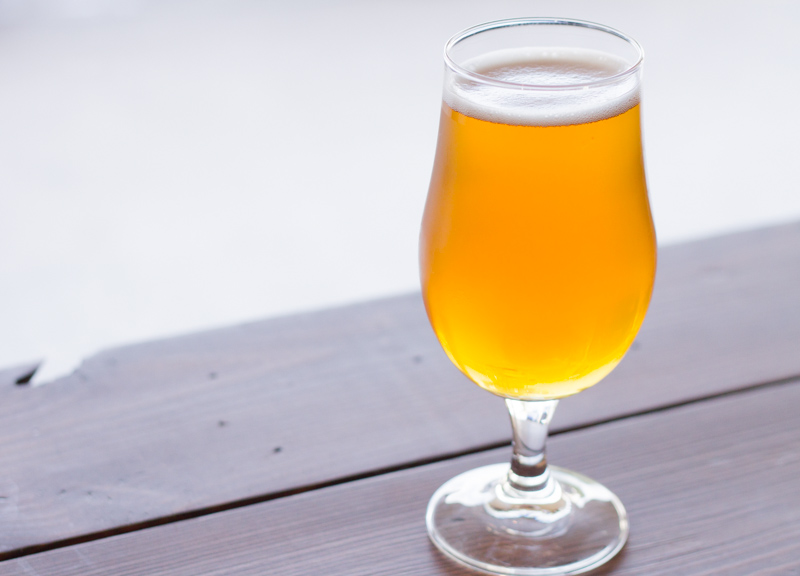