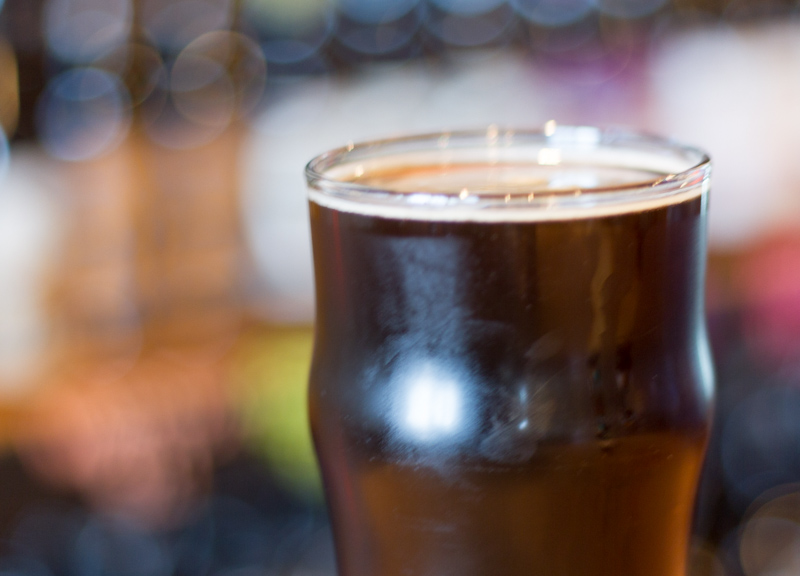 Four Bullets' Black Jack Brown Is Kind Of A Bust.

Overview.
Four Bullets hails from Richardson and specializes in pub-style ales. Its website lets you know right off the bat that Four Bullets is the “first and only brewery in Richardson.” Good to know.

The main thing that sets Four Bullets apart from other Dallas-Fort Worth area breweries (Editor's note: being from Richardson isn't enough?) is its focus on low-carbonated, British-style ales.

Have you ever had a beer from a firkin or a cask? This is sort of like what Four Bullets' beers are like. They are smooth, but under-carbonated. But, unlike beer from a firkin, there's a noticeable lack of foamy head present. Is this a problem? While I respect the style of real ale and British pub-style beer, the low carbonation is sort of a bummer.

Background on Brown Ale.
British brown ales are losing popularity lately. For a primer on brown ale, check out our review of Grapevine Brewing's Sir Williams Brown Ale. According to BJCP Style Guidelines, British Brown Ale is known to be a cousin to the porter style, with a malty, caramel-centric focus, but a less roasty flavor. British brown ales are also light-to-medium in body, with quite a bit of latitude in the carbonation range.

Appearance.
Black Jack Brown pours quite clear for a dark beer. This is a noticeable trait of some brown ales. Upon pour (and quite appropriate for its “pub” style), this beer arrives with a scant head. Overall, this beer is very nice-looking.

Aroma.
A first whiff of Black Jack Brown reveals a caramel note. Behind that is a faint raisin character that lingers in my nostrils. I also pick up a strong sense of roastiness that's almost akin to a porter. This is an overall pleasant aroma, and it's on target for its style.

Flavor.
Black Jack Brown's flavor rings true to style, too. Lots of dark malt floods the palate, followed by raisins and a lingering roast flavor. Beyond the nice parts of the flavor, there is a tiny sense of some sort of medicinal situation going on, which is unfortunate. But, OK, let's get back to the good parts and just focus on the first few traits of this beer, and maybe not so much on the American-style carbonation that I was yearning for.

Mouthfeel.
Four Bullets is right on target with parts of the mouthfeel with this beer. There is tons of flavor, along with a dry, roasty and raisin-y finish. The tiny bite of carbonation present plays nicely with the flavors in the beer and accentuates what's there. I understand that Black Jack caters to the under-served pub-style beer but, American snobbery aside, they still get dinged a few points for lacking the carbonation that most beer drinkers here in the States expect. Sorry, that's just how it is. On the upside: Less burps, maybe?

Overall Impression.
I understand what Four Bullets is going for with the British pub-ale style, but the low-carbonation style feels like a mistake. I have now tried two different Four Bullets Brewery beers at two different bars, and both beer orders came with a rebuttal/caveat from the bartender about the carbonation. It seems like most beer drinkers expect a certain level of carbonation, and that they may be sending their Four Bullets beers back due to this perceived problem. Why else would a bartender offer fair warning? Just know, I suppose, that if you visit a bar and order a Four Bullets Brewery beer, it's not cool to send it back. It's supposed to be served that way. 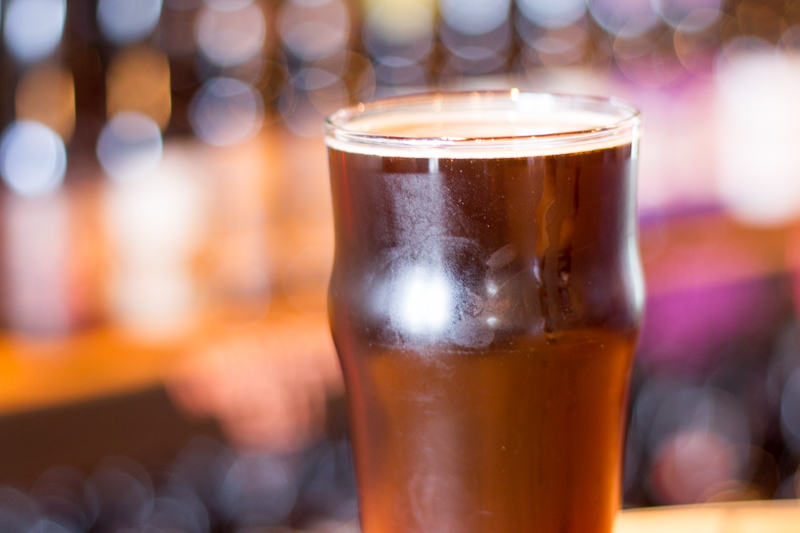 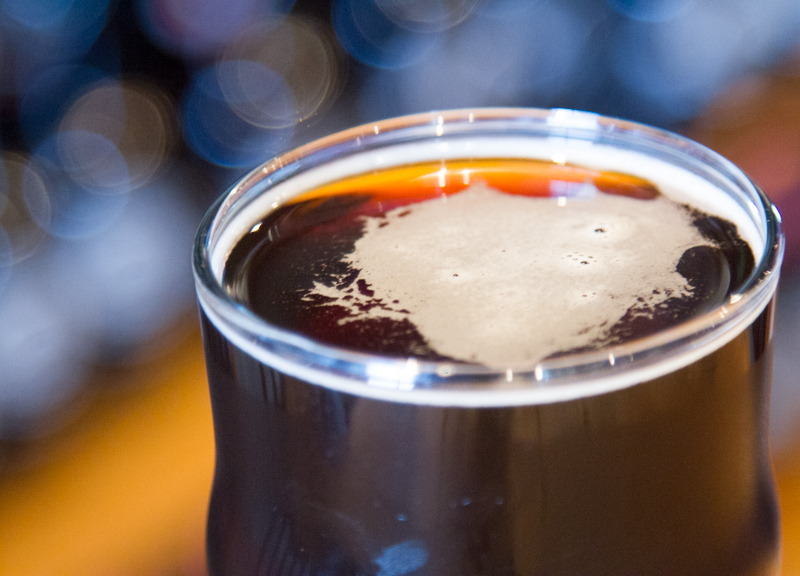 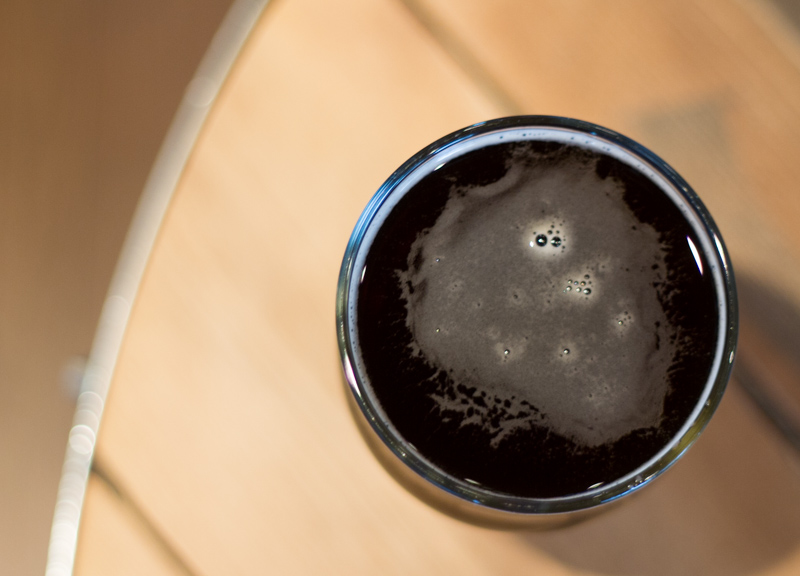 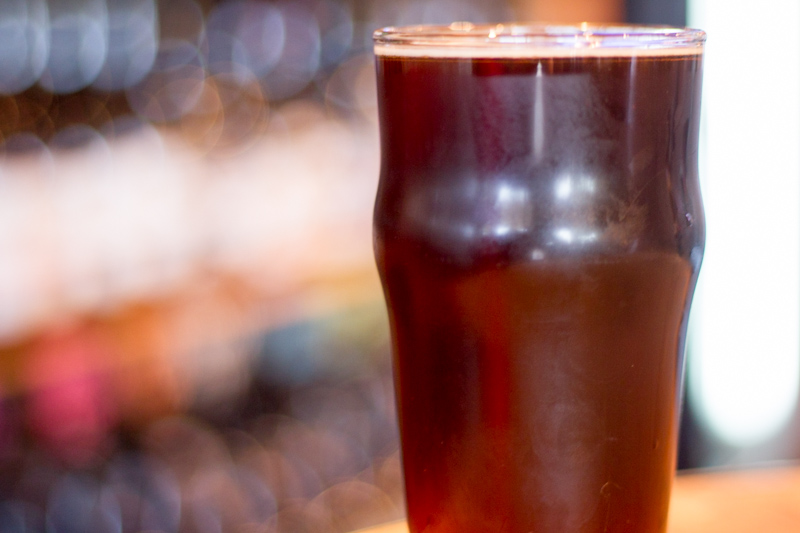