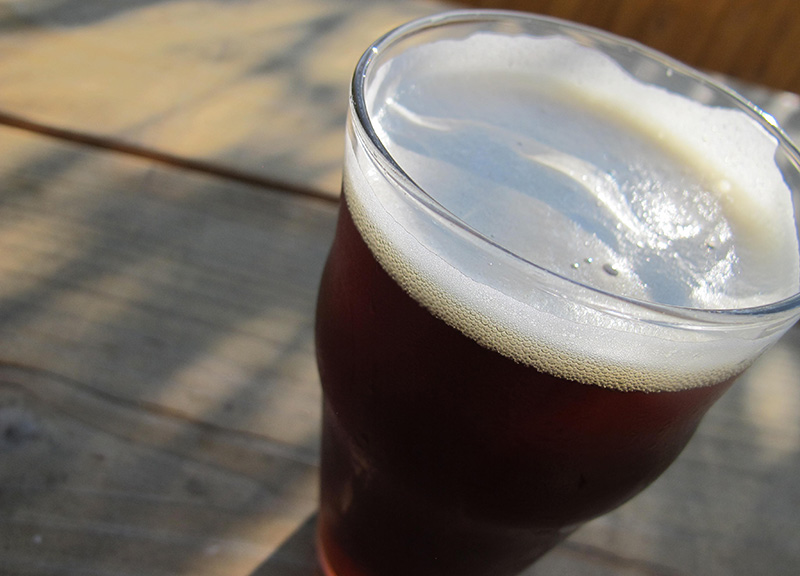 We'll Tout BrainDead Red Until We're Blue In The Face.

This week, we sipped on BrainDead Brewing Company's Red Ale.

With similar anticipation this week, we take a look at Deep Ellum's sole dedicated brewpub's India Red Ale. The “IRA,” as it's known in some parts, marries a ruby red color and the rich body of an ale with the hop complexity and bitter flavors of an IPA. It's a harmonious union from the sound of it, and yet this style is still pretty new in the craft beer world. Although the India Red Ale, an IPA hybrid, is not yet a recognized style by the BJCP (Beer Judge Certification Program), there are some strong commercial examples available such as the Green Flash Hop Head Red Ale.

Today, we see if BrainDead Brewing Company's approach to the rare India Red Ale is the perfect balance of malt and hops.

Background on India Red Ale.
For the purpose of this exercise, we'll consider BrainDead Red a hybrid to be judged as a “specialty” beer, the BJCP catch-all category. Beers included in this category represent “American-style interpretations of European styles (e.g., hoppier, stronger, or ale versions of lagers) or other variants of traditional styles.” As long as the resulting beer tastes good and showcases the unusual approach or ingredients, the brewer is free to do what he or she wants. For another overview on specialty beers, be sure to check out our review of Brunch Money or Martin House's Salsa Verde.

Appearance.
BrainDead Red pours a hazy deep amber, bordering on reddish-brown to copper in color, with a big, billowy, uneven tan head. The head has great retention, fading slowly to give way to some nice sticky lacing.

Aroma.
With this beer, there's a good dose of citrus hop aroma on the nose that's mixed with some grapefruit and a bit of lemon. There are also some light pine scents, with some underlying bready malt and caramel notes.

Flavor.
BrainDead Red opens hop-forward with strong grapefruit and pine flavors and roasty, bready malt undertones. As you would find in a traditional IPA, the bitter flavors envelop the tongue throughout the entire experience. Toward the middle, I pick up some caramel notes, while other hop complexities become present in the taste. While the malt flavors begin to fade, a little dark fruit peeks through timidly. Lighter tastes of lemon and pine develop toward the end. The finish is very dry, and somewhat astringent, but clean and enjoyable all the same.

Mouthfeel.
This beer has a nice, creamy body that's balanced with a slightly lower than average carbonation level — a choice that really allows for the hop flavors to develop. The finish is dry with an enjoyable lingering bitter flavor.

Overall Impression.
Overall, BrainDead Red is an aggressively hopped, but ultimately, attractive India Red Ale. It's a beer that brings together the balanced malts of an ale with all the intense citrus, grapefruit and piney hoppy goodness you'd expect from an American IPA.

Without a doubt, BrainDead drinks like an IPA — but with a well-balanced malt backbone.

It's a solid beer and one I would order certainly again on repeat visits to Braindead. Cheers to the still-young brewpub and its head brewer, Drew Huerter, for continuing a fine start for their exciting venture. 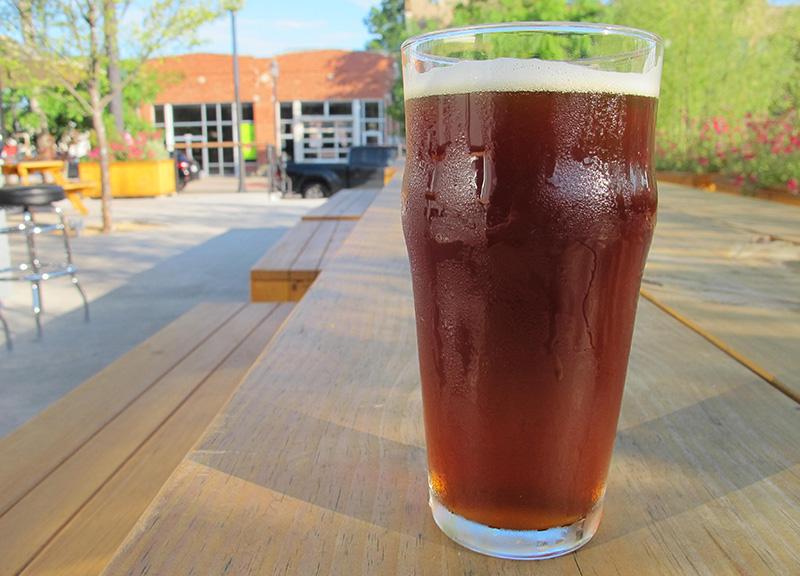 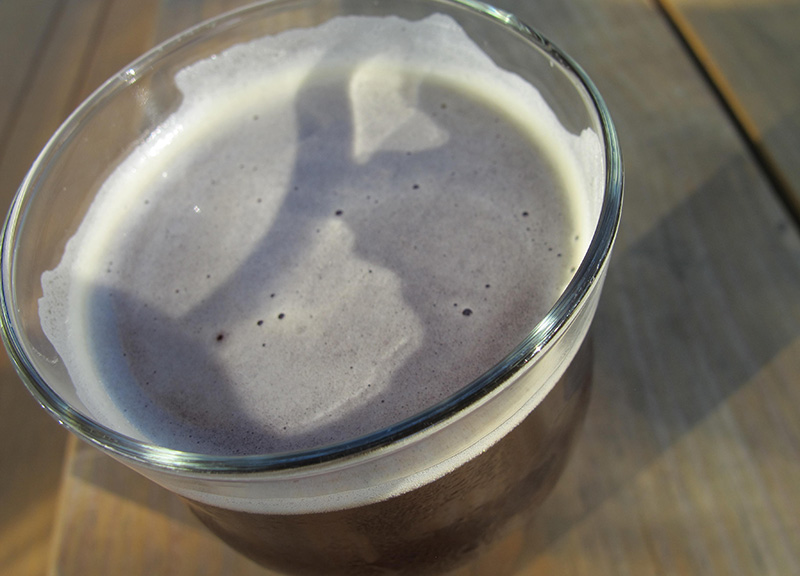 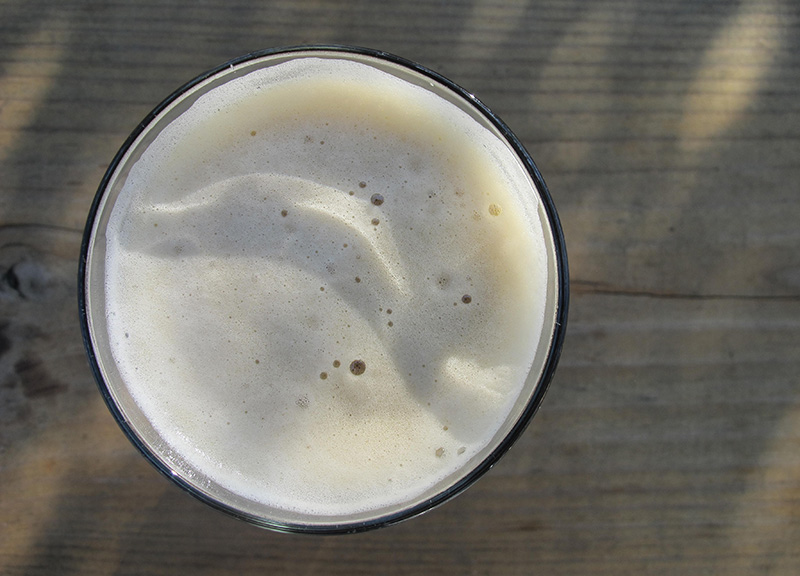 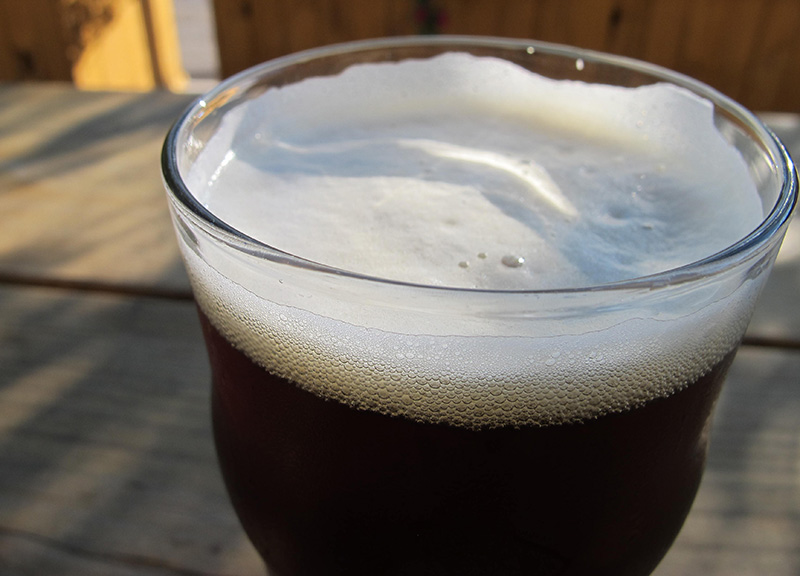 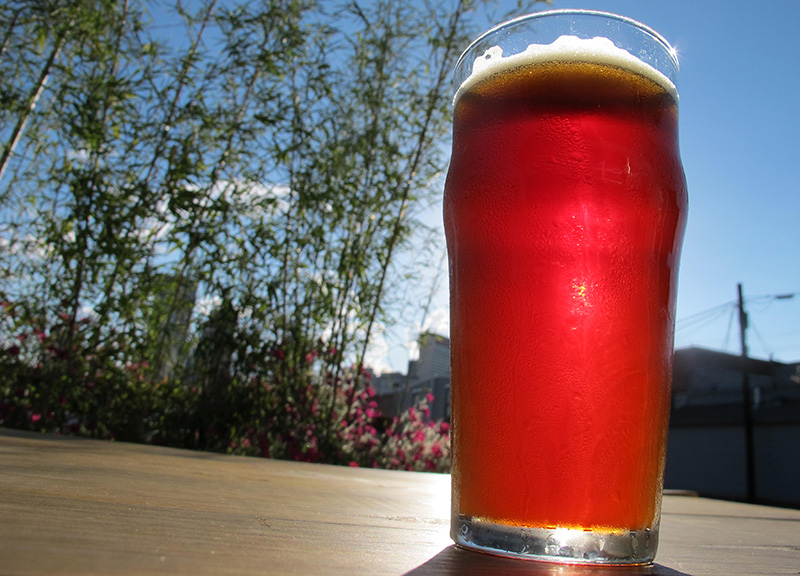 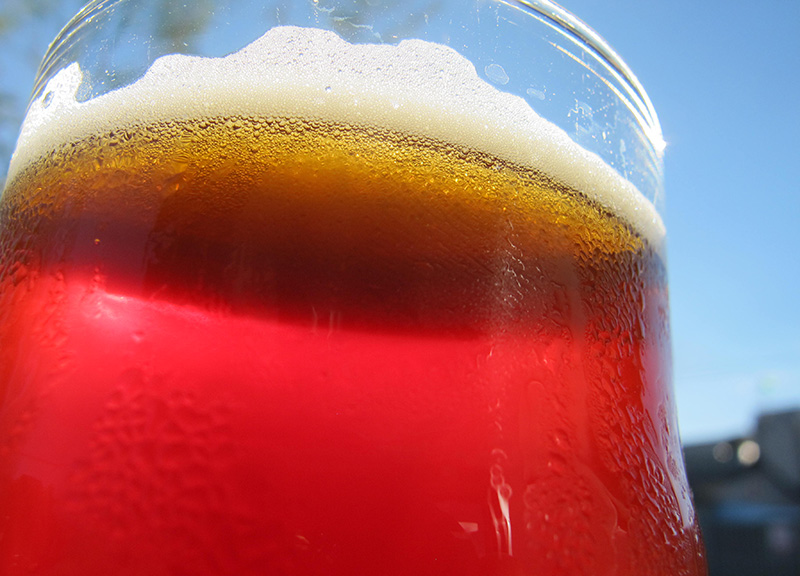