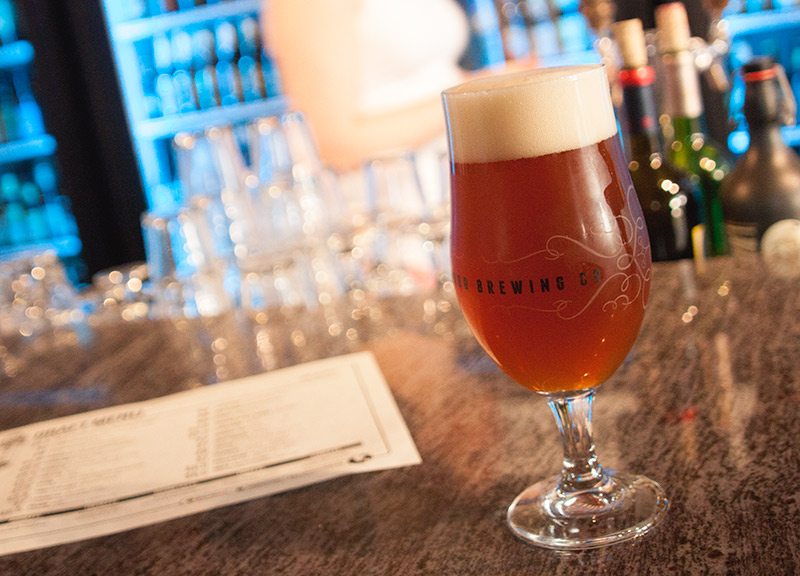 Background.
La Dame Du Lac represents the Garland-based Lakewood Brewing Co.'s second entry into their Legendary Series of limited edition beers inspired by Belgian and local mythologies. In La Dame Du Lac's case, the beer represents the legend of the Lady of White Rock Lake. According to the core variation of this popular local myth, the Lady of White Rock Lake appears at night to cars passing by White Rock Lake. Inevitably, a driver will stop for the girl. The girl, soaking wet, tells the driver there was an accident and she needs a ride home. The driver then takes the girl to a given address — only, when he arrives, the girl is gone and replaced by a puddle of water.

A Primer on Biere de Garde.
Biere de Garde is a style of beer that traces its roots back to Northern France. Translated, Biere de Garde means a “beer which has been kept or lagered.” Traditionally, it was brewed in early spring and then kept in cold cellars for drinking in warmer weather. This style of beer is known for its sweet malt and toasted aromas, as well as its medium-to-high malt flavors. A Biere de Garde may also have low-to-moderate esters (fruit flavors) and a small alcohol presence. Expect a medium mouthfeel with moderate to high levels of carbonation.

Appearance.
La Dame Du Lac is a beautiful beer. It pours a saturated and slightly hazy medium dark amber with an initial thick and frothy off-white head. The head drops out fairly quickly, leaving a thin white ring along the outside.

Aroma.
This is where La Dame Du Lac really represents its style well. This is a vinous brew with a lot of fruit on the nose — plums, blackcurrants and raisins are all present. There's also a strong sweet malt character with a touch of alcohol. It's really a complex aroma profile, and one that will change as the beer warms.

Flavor.
Almost overwhelming, La Dame Du Lac hits you right in the face with sweetness. Even when accounting for a style that calls for a sweeter beer, La Dame Du Lac borders on oversweet. There's a faint hop bitterness that takes a bit of the edge off, but it feels a tad heavy-handed overall. Once the sugar shock subsides, though, there's some enjoyable grassy and fruit flavors to be had.

Mouthfeel.
This is a thick one — one of the thicker-bodied beers I've sampled of late. The medium-to-medium-low levels of carbonation don't help.

Overall Impression.
Sporting a mid-range ABV of 7.5 percent, you wouldnâ€™t necessarily expect La Dame Du Lac to be a sipper. But that's exactly what it is. The beer's overly strong and complex flavor profile lend itself to slow consumption. It's not a beer for those quick happy hours, but rather one you break out over a hearty appetizer plate at your next get-together.

I really wanted to like this beer. In fact, when I first sampled it on tap at the brewery, I quite enjoyed it. Each subsequent tasting, however, has taken the beer down a couple notches in my book. During my latest sampling — a chilled bomber from Central Market — I couldn't even finish it.

According to brewer Wim Bens, La Lame Du Lac “…will benefit from some age. Letting it age, and letting it naturally lager will only add to the complexity of the beer down the road.” Based on these comments, I can't help but wonder if this beer was released too young. I'd like to revisit a bottle in a year to see how the flavors have changed and if the overall flavor profile has improved. 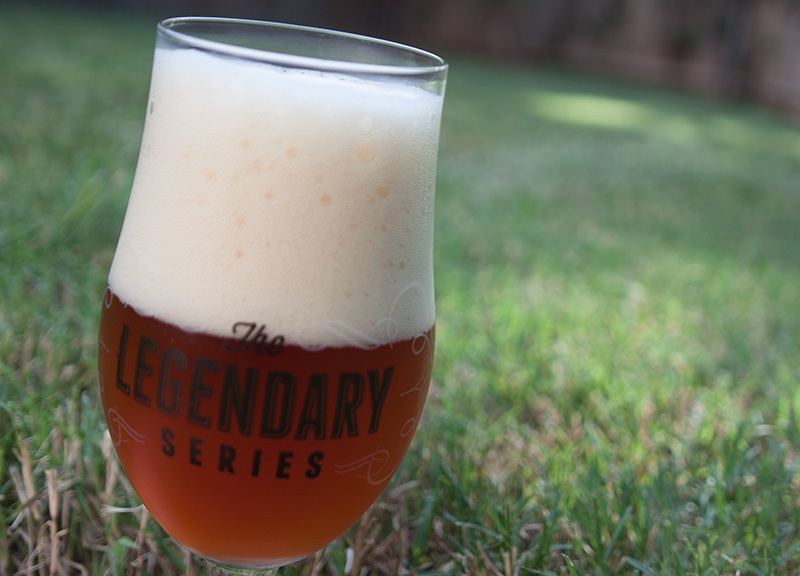 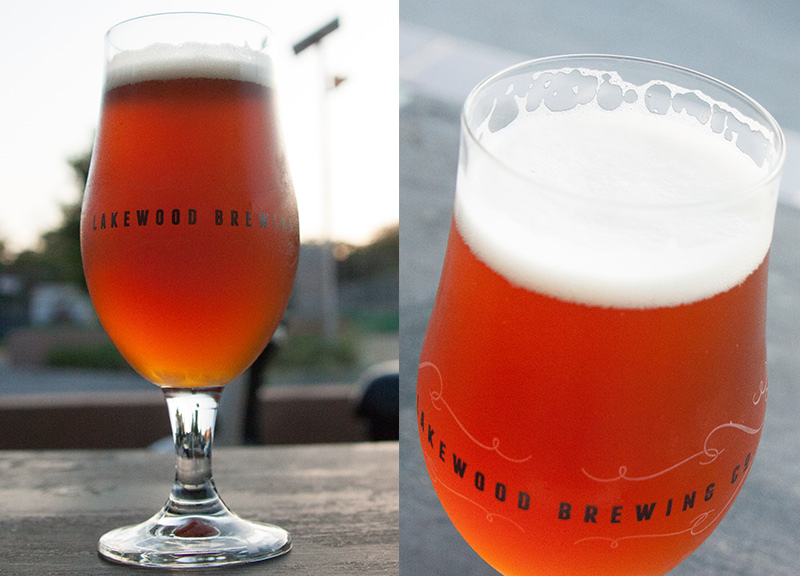 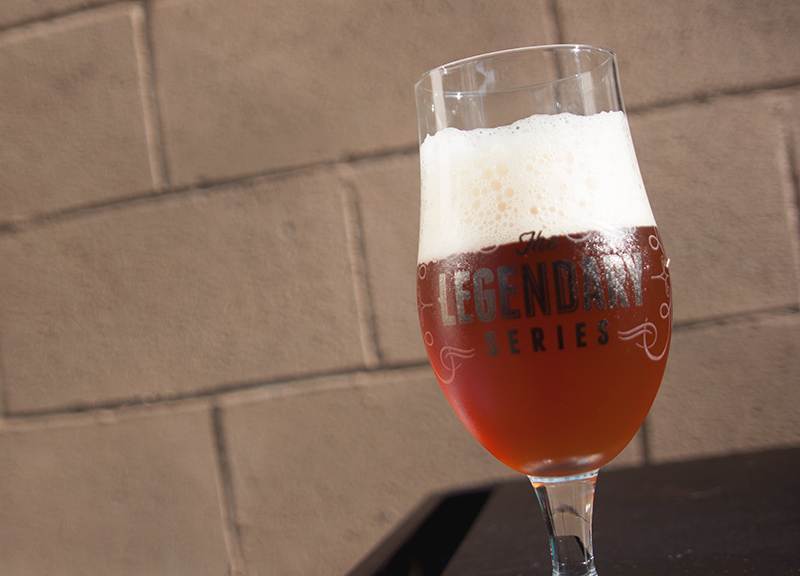 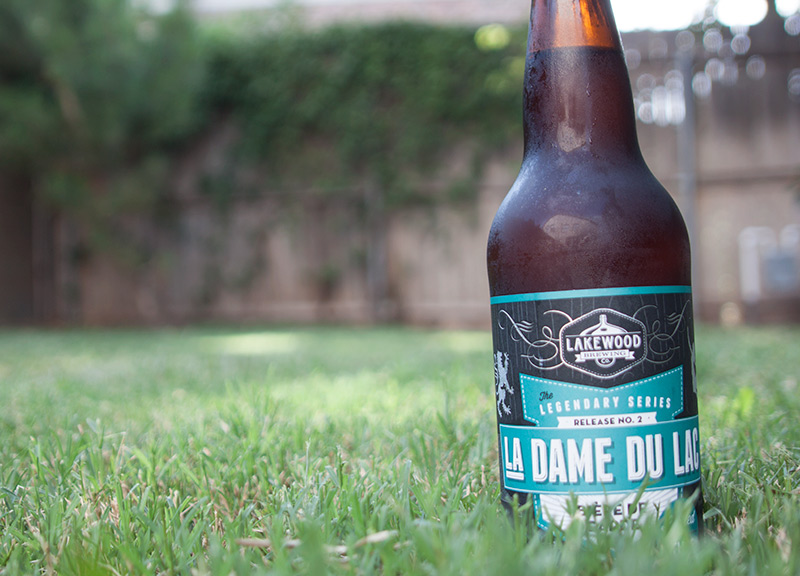