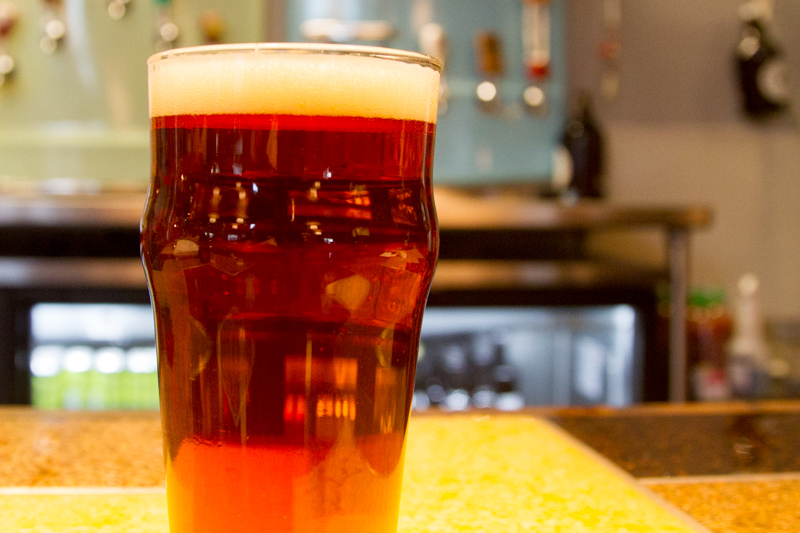 This week, we sipped on Braindead Brewing's I Like Harvey.

Overview.
Braindead Brewing sits on a prime chunk of real estate in Deep Ellum. If you haven't visited Deep Ellum in a while, you owe it to yourself to come hang out here. It's back, you guys. It has been back for a minute! Now, with two breweries anchoring the west side of Deep Ellum, this neighborhood should be on your radar screen for drinking beer in Dallas. As with most breweries, Braindead brews a stable of main beers. And then it brews some seasonals, limited brews and other fun stuff. And that's what I Like Harvey is about — I think. Braindead released this beer on February 29 (yeah, that's leap day) and threw a movie-watching party in its honor. Like most fun beer releases, I missed that event.

Background on IPA.
For a primer on India Pale Ale, check out our review on Community's Mosaic IPA or Oak Highlands Brewing's Derelict IPA. Love it or hate it, the IPA style is here to stay. And, although the style may have finally crested, it seems that most breweries are almost expected to have an IPA available. Why have we all gone so nutso crazy for IPAs? I don't know. Blame craft beer drinkers — the hop head ones. Blame hop farmers. Blame the Southern California beer scene. Whatever.

Appearance.
I Like Harvey pours an orange-ish, darkest gold color and it is brilliantly clear. Foam remains on the top edge of my glass for the entire first pour, and a razor thin layer of tiny suds hangs around on the surface of the beer.

Aroma.
I Like Harvey is a single-hop beer. Wait, what? Let's cover the single-hop thing real quick; Braindead brews this IPA with one hop varietal for both bittering and for aroma. And in I Like Harvey, it's Amarillo hops through and through. Amarillo is known to be a good dual-purpose hop, used both in bittering and in aroma. There's a pungent, biting note on the nose at first, and then a hint of bubble gum. A bit later, the citrus takes over. Behind the initial hop bouquet, there's a warm malt undertone, but the malts play second fiddle to the hops in this beer; it's an IPA, after all.

Flavor.
I asked a bartender here, and he told me that this grain bill contains a pale malt base, with a well-known dark malt and one more super-secret addition to round out the body. For the record, he told me all of the ingredients in the grain bill; I just don't want to blow up their spot. Anyway, good on ya, Braindead! But back to talking about the flavor: I suspect it's this dark malt that kicks this IPA toward the orange-ish color. Like the aroma profile, this bitter IPA walks a line between overwhelming me with bitterness and an intense wallop of dry-hopping goodness. It feels confusing, but I still want to order another.

Mouthfeel.
If I Like Harvey was a single-malt and single-hop beer (the acronym for that is SMASH, just so you know), there's a chance that this beer would head off into some weirdo territory. Let's unpack this a little bit. If the beer was brewed with 100 percent pale malt, there's a chance that it might end up a bit on the thin side, with less complexity. Or there's also a chance that the yeast wouldn't get all of the delicious nutrients they need to ferment as expected. Not so with I Like Harvey. It has a decent amount of body and residual sweetness to balance out the immense hop character. The carbonation remains throughout the pour too, which is also on point.

Overall Impression.
If you're new to IPAs, I Like Harvey is one you might want to hold off on at first and work your way up to — if you can still get your hands on this limited release by then. This isn't a beginner's IPA. It's all badass Amarillo, through and through. So if you're looking for your run-of-the-mill, entry-level gateway beer, by all means order something else. But if you want to try something new, like a fun single-hop beer, go for it! All in all, this is a decent IPA. If I had to change anything, I would wish for just a little bit more residual sweetness to help balance out the bitter flavor. Or maybe back off on the hops just a tiny bit. And, yes, I realize that, as a fellow hop head, I sound like a total pariah right now. 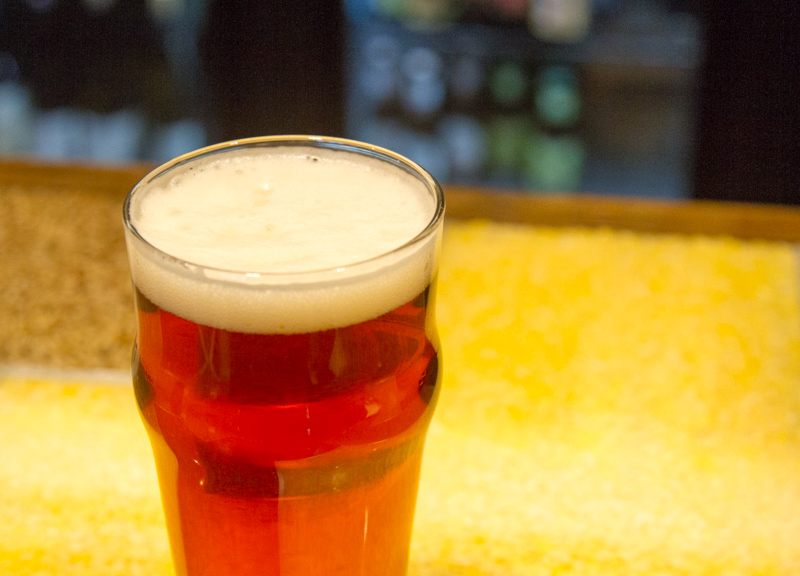 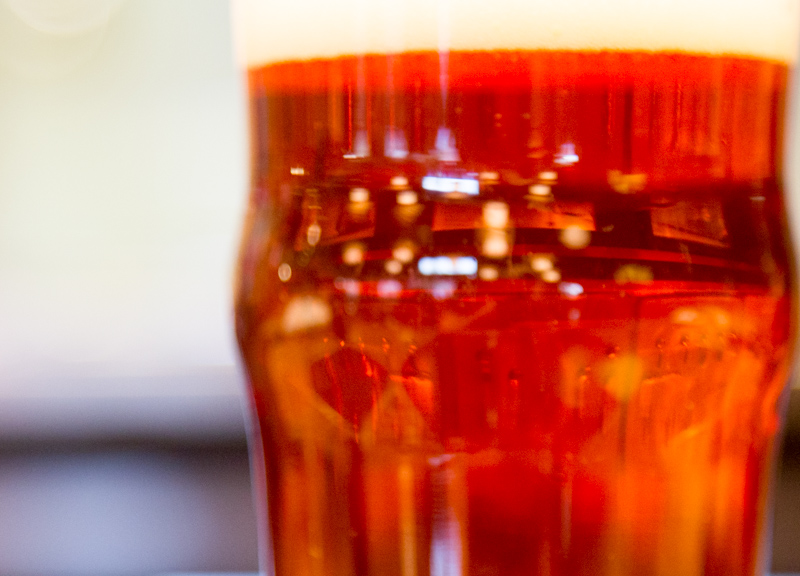 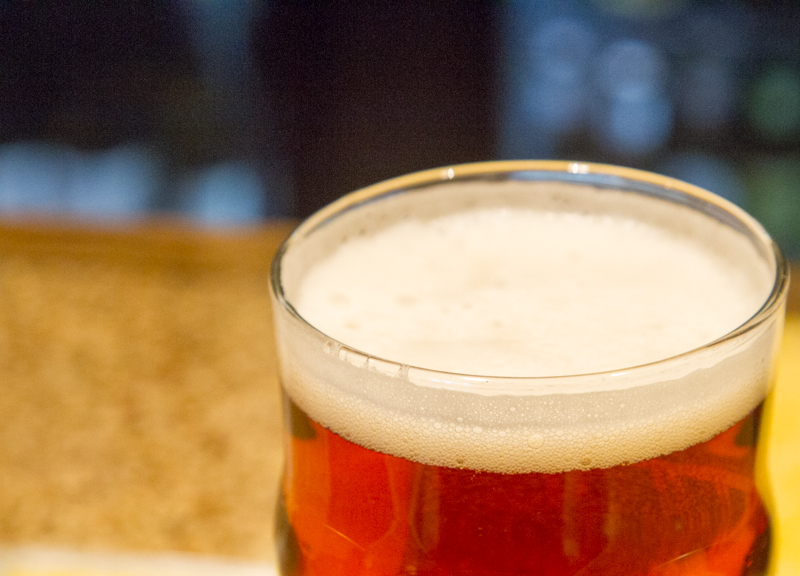 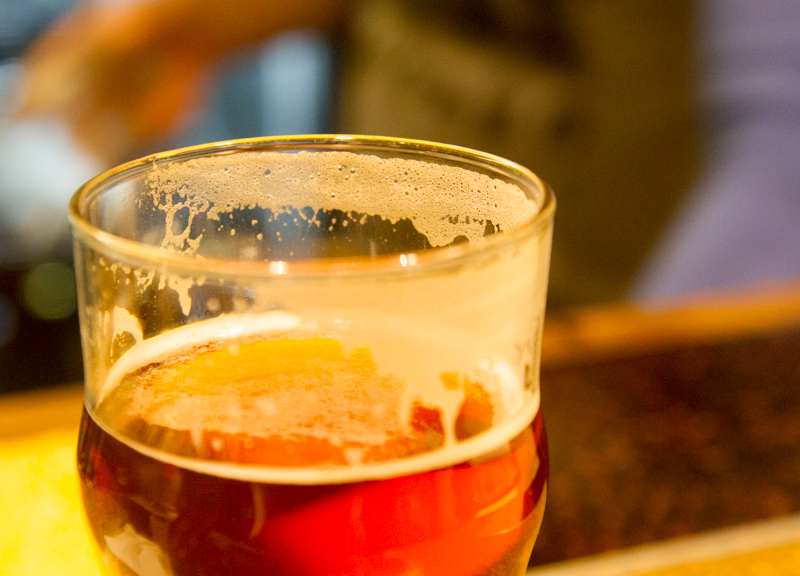