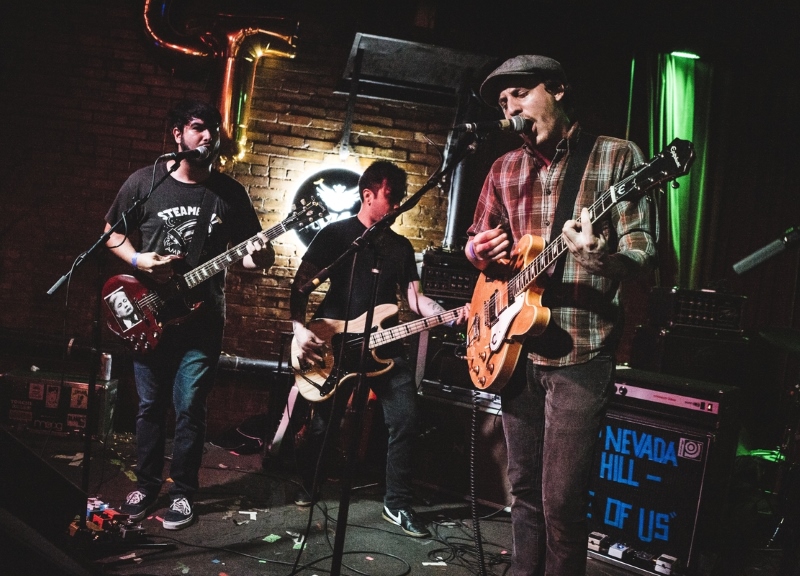 Premiere: Find Something To Believe In and Check Out War Party’s New Video For OK, I Lied.

If you want to view the greater North Texas music scene as fractured and not as a unified, living and breathing entity — and you shouldn’t do that! — then, objectively, you’d have to single out Fort Worth as the region’s strongest micro-scene, at least so far as anything punk-, rock- or Americana-inclined is concerned.

And, along with the extended WizardVizion family tree (Son of Stan, Oil Boom, Quaker City Night Hawks) and some dude named Leon who had himself a pretty solid 2015, the entities underneath the Dreamy Life Records umbrella deserve plenty of that credit. More than just a record store, Dreamy Life also encompasses the Dreamy Soundz (Year Of The Bear, The Cush) and Lo-Life Recordings (Sealion, Party Static, Bummer Vacation) labels, which in addition to putting out boss area recordings on the regular also make a habit of steadily releasing perhaps the best recurring local compilation albums via their Group Therapy series.

The third in that series — stream Vol. 1 here and Vol. 2 here — is set, as you may already be aware, to feature the music of some 22 area bands, including a fresh cut called “OK, I Lied” from the doo-wop-loving punks of War Party, whose frontman Cameron Smith runs Lo-Life.

It’s a cut you won’t hear on that band’s recently released sophomore To Love and Fear It LP, but no matter: The Guided By Voices-inspired song’s a quickly paced and quick-witted romp, and Smith says that in addition to appearing on Group Therapy, it’s likely to appear on the next War Party release, the writing for which he says is taking on a similar tone.

Plus, the video for it is just super fun. Directed by Jerod Costa, it’s mostly just the War Party dudes just goofing off — but that’s all it needs to be, really, as it serves as an open book of sorts into this group’s detached brand of chaos. And we’re stoked to exclusively premiere it for your eyes.

Want a taste of what this comes off like in a live setting? You’ll have two chances this weekend: War Party plays Dallas with Joe Gorgeous at Sundown at Granada on Friday night, then joins Jake Paleschic in opening for Quaker City Night Hawks at the hometown release party for that band’s stellar new LP at Lola’s on Saturday out in the Fort.