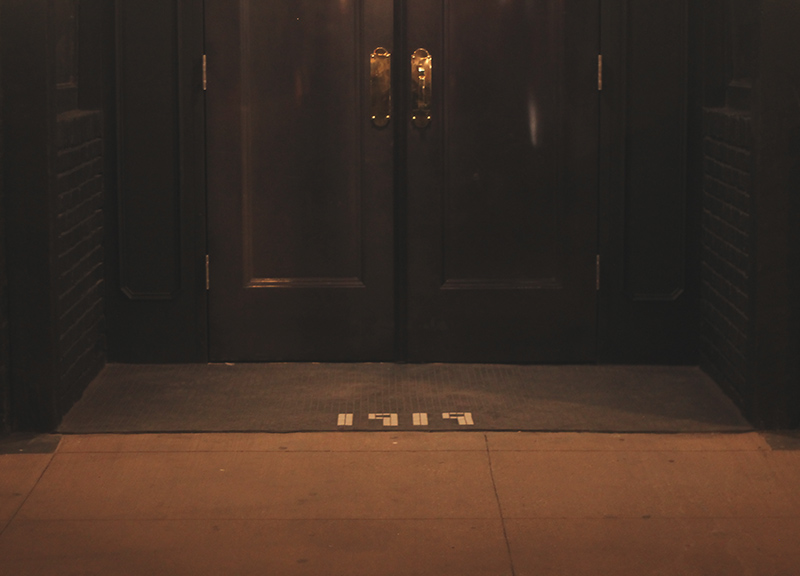 A First Look At The Just-Opened Blind Butcher on Lower Greenville.

There was no formal announcement of any sort, really.

But quiet, it seems, is a relative term: By 9:30 last night, the bar had essentially reached its 60-or-so-person capacity, as friends and curious Dallasites alike sauntered into the new, sharply designed spot, clamoring at the opportunity to ogle the former Service Bar’s new digs. The place was packed with audiences already promising return visits, even with the kitchen not fully operational just yet..

Even so, the spot’s already seen some impressive upgrades. The Blind Butcher introduces itself to the Lower Greenville scene as a good-looking spot: It’s filled with dark wood cabinets, tables, chairs, floors and fixtures, and adorned with antiques (most notably the light fixtures, but also the old cash register behind the bar); those elements are accented by exposed brick walls and soft, muted paints; and then it’s all topped off by the coup de grace of the design, the white marble tile bar-top.

The bar top’s a classy touch, to be sure. So, too, are the massive built-in cabinets that house the bar’s entire liquor stock near the establishment’s front entrance — a necessity, as the Blind Butcher is without any added liquor storage space.

In fact, as currently constituted, there’s not a whole bunch of space at all here: The Blind Butcher’s an intimate space — there’s no denying that. For now, that’s mostly a charming aspect of the layout. In the coming months, though, that will change, as the the finishing touches are put on the patio out back — a much-larger space than the interior, which will be open to patrons until midnight once ready.

But this all isn’t to say that the dark, beer-pushing establishment isn’t without expanses as it is at the moment. For instance? The Blind Butcher already features 24 beers on tap — all of which will be available at both the indoor bar and, once ready, the bar out on the back patio, too.

Owners say that patio will tentatively be ready for opening come March, depending on how quickly they get around to completely their final touches out in that area — among them the installation of a central tree for shade.

But before then — hopefully by the beginning of February — owners plan to have their kitchen ready for full service. Still, cooks walked about the space with sample plates last night, offering small bites of meats and bacon-caramel popcorn to the eager attendees.

For now, those final elements are but a work in progress, ownership admits. But, given the reception that The Blind Butcher received last night, it seems as if this crew — the same team behind Goodfriend and, previously, Vickery Park — has another hit on its hands.

See for yourself whenever, really: The bar is now officially open daily, from 4 p.m. till 2 a.m., ready for all to see, at 1919 Greenville Avenue.

In the coming weeks, we’ll have more on how, exactly, this team’s been able to develop its golden touch of sorts when it comes to Dallas eating and drinking establishments.

For now, however, the below gander at last night’s scene at The Blind Butcher will have to do. 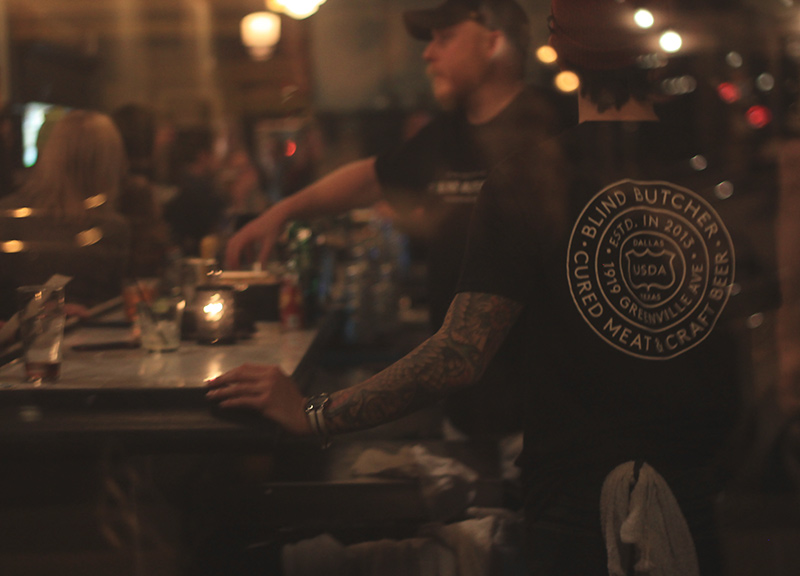 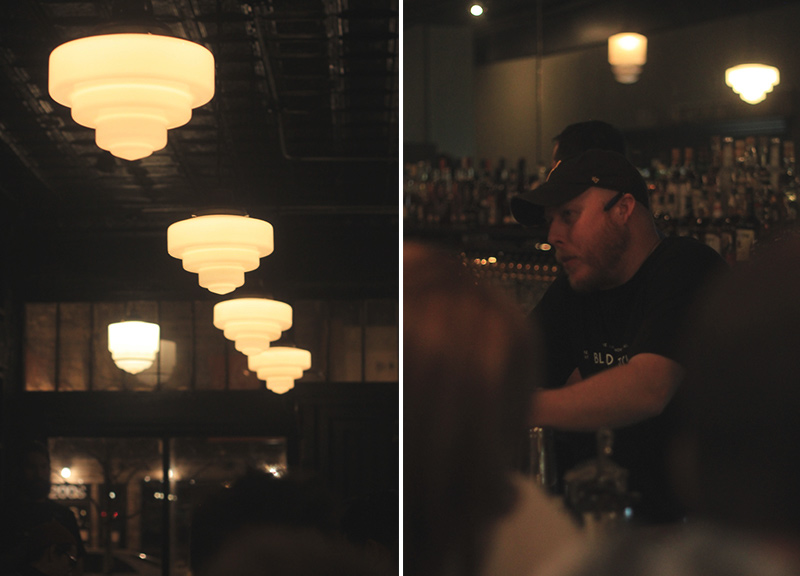 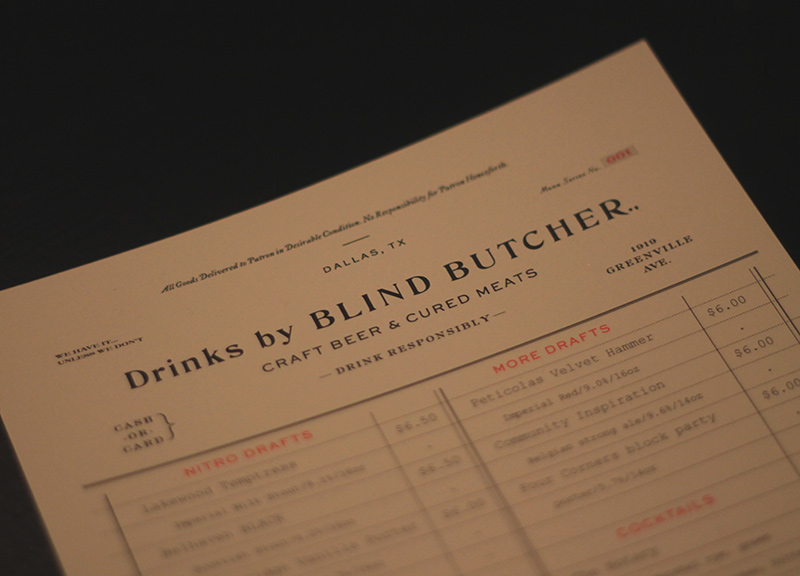 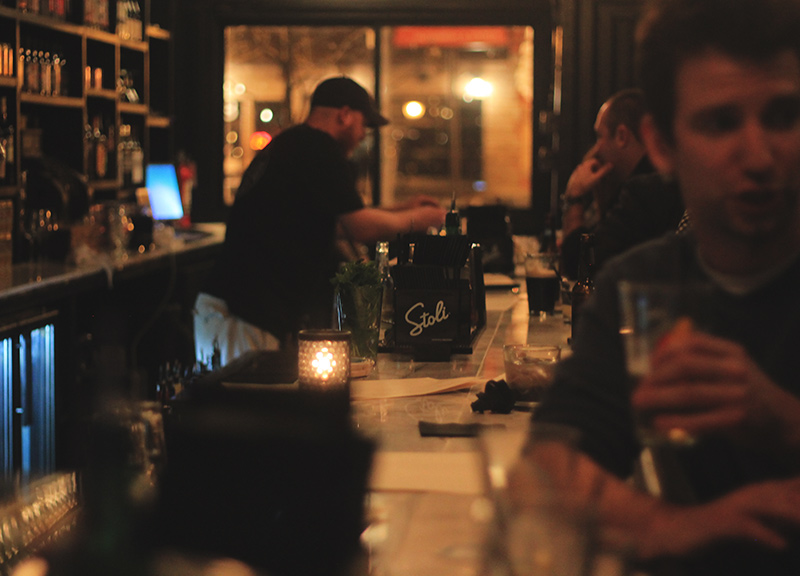 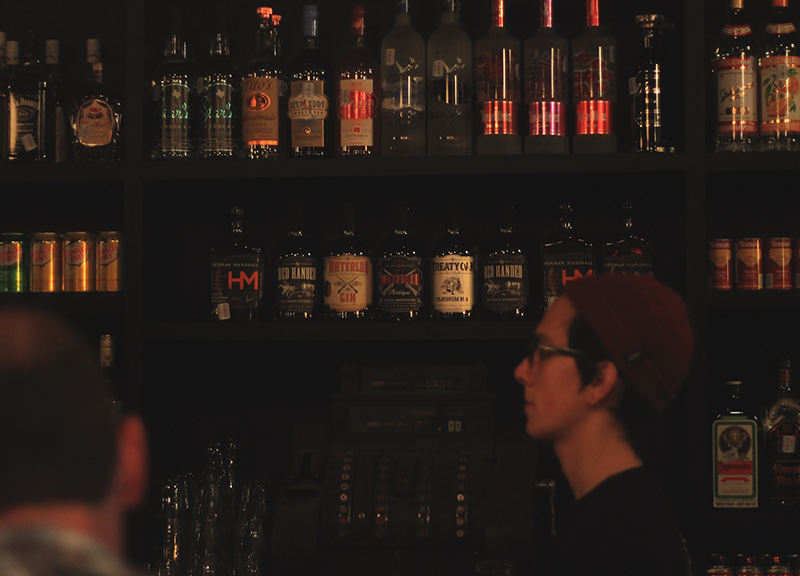 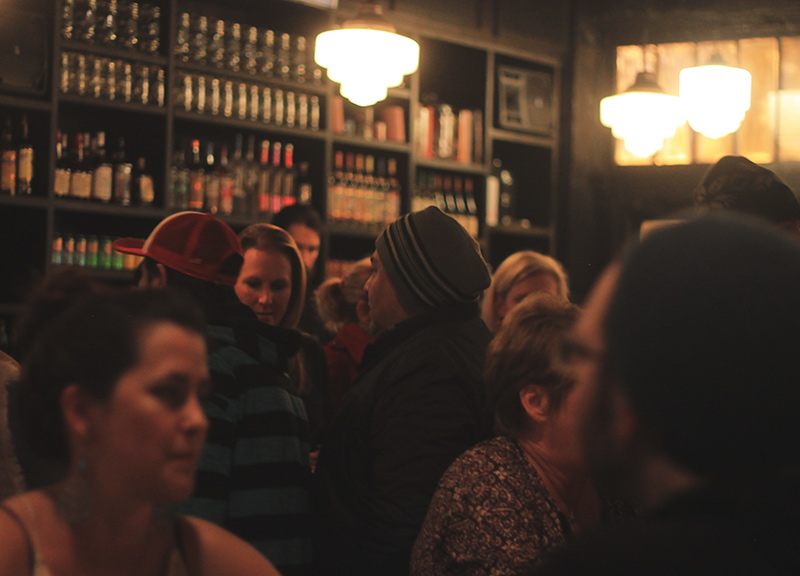 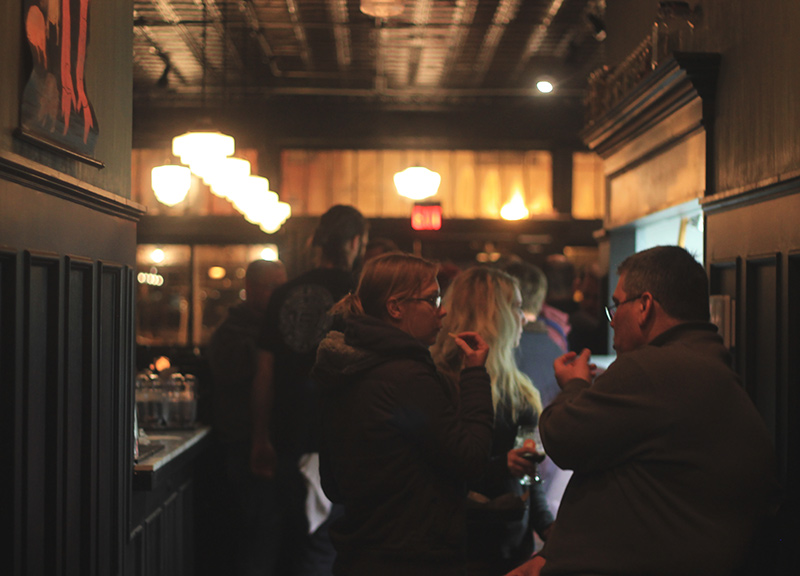 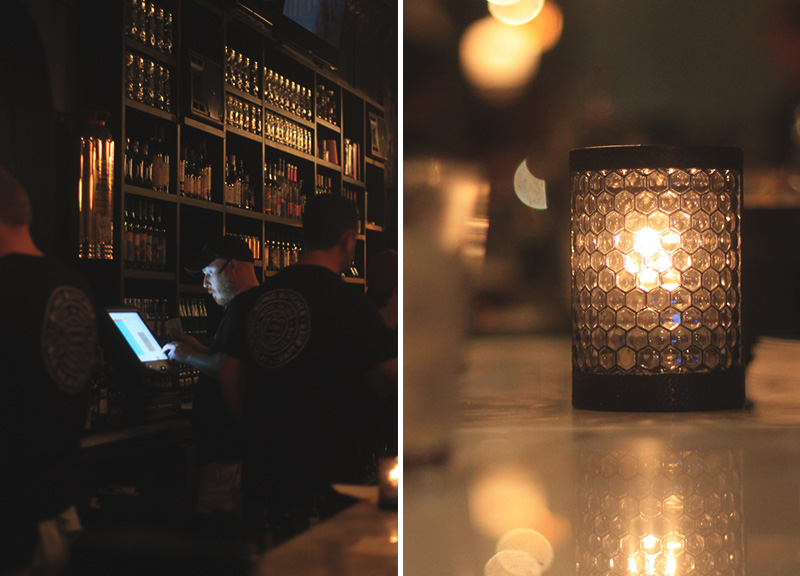 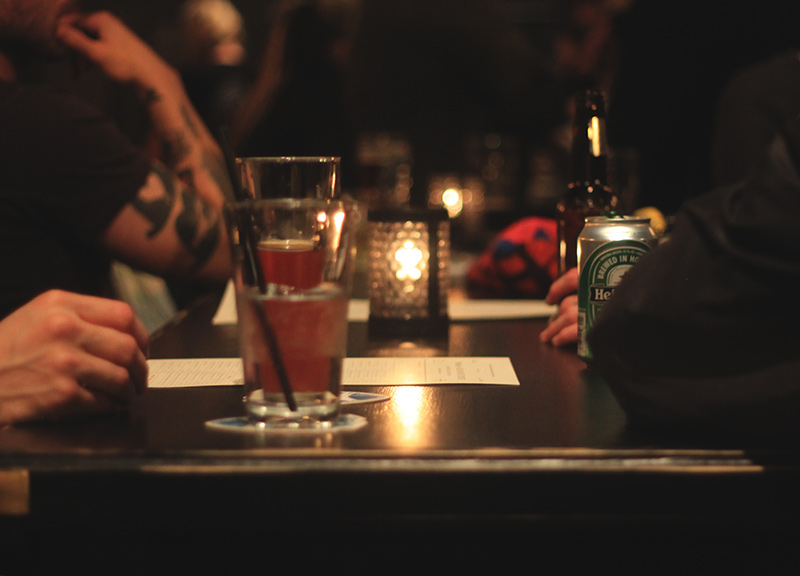 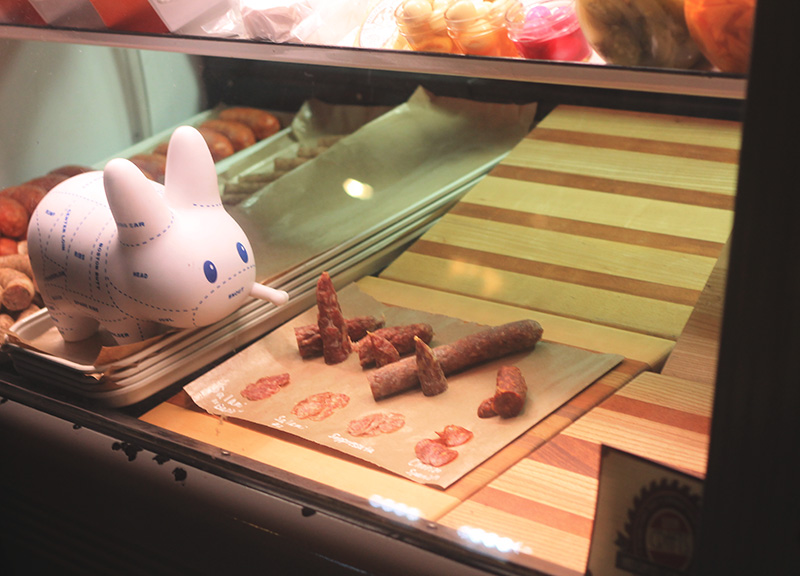 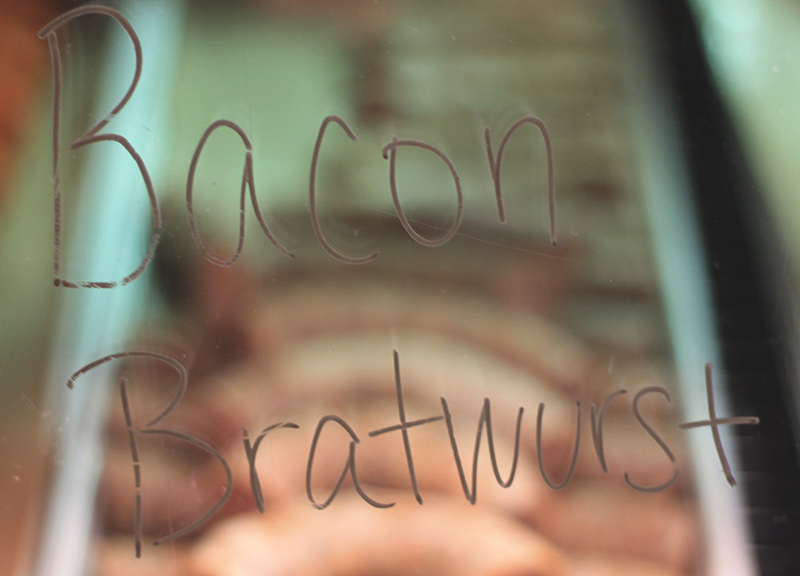 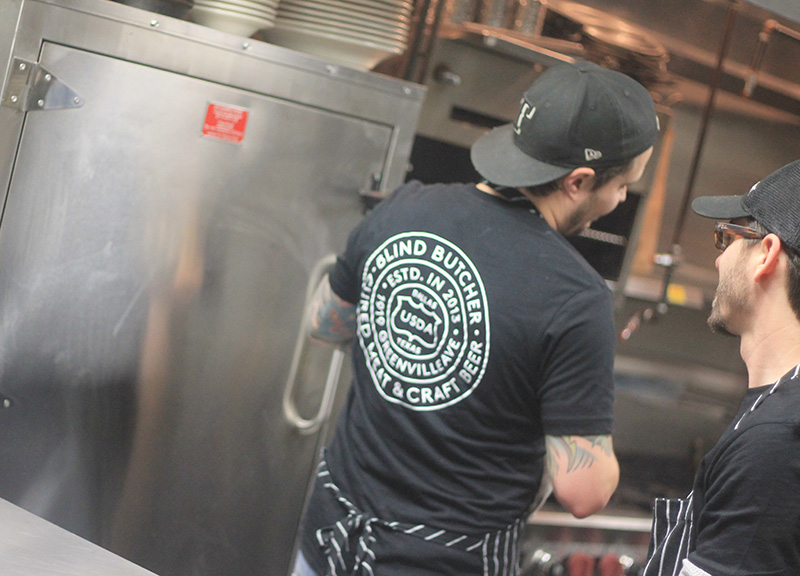 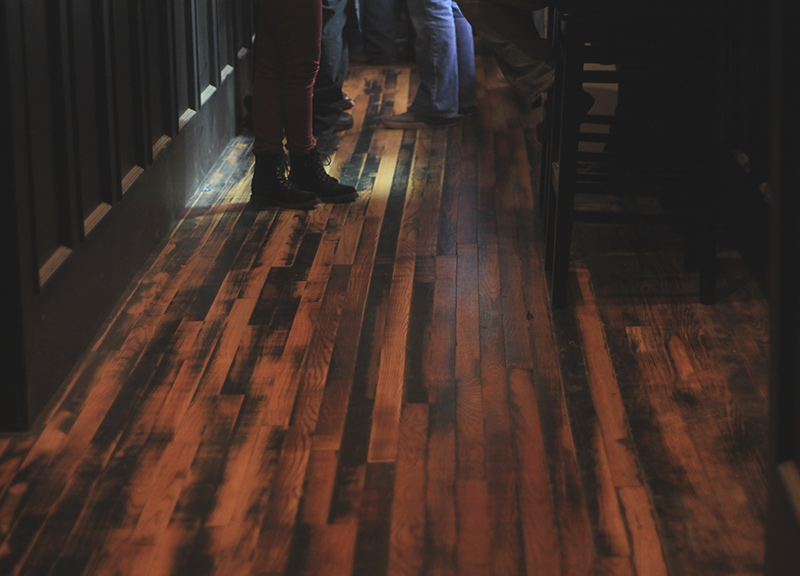 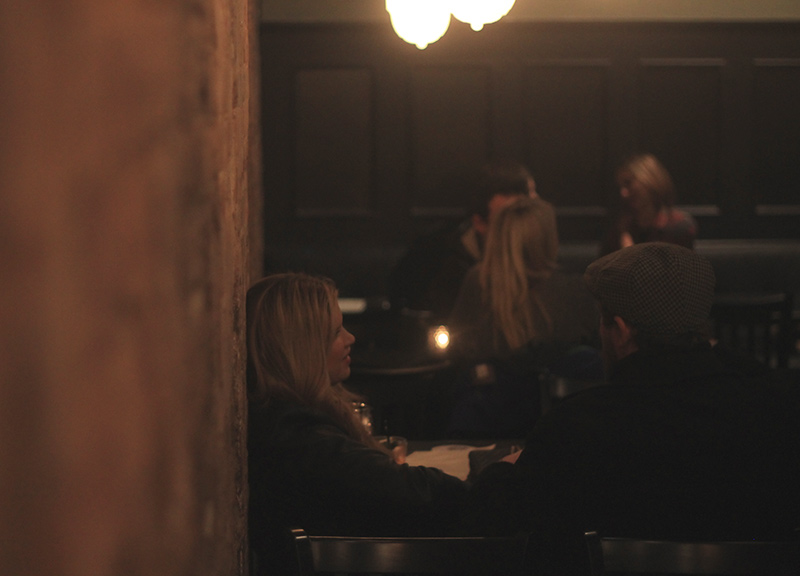 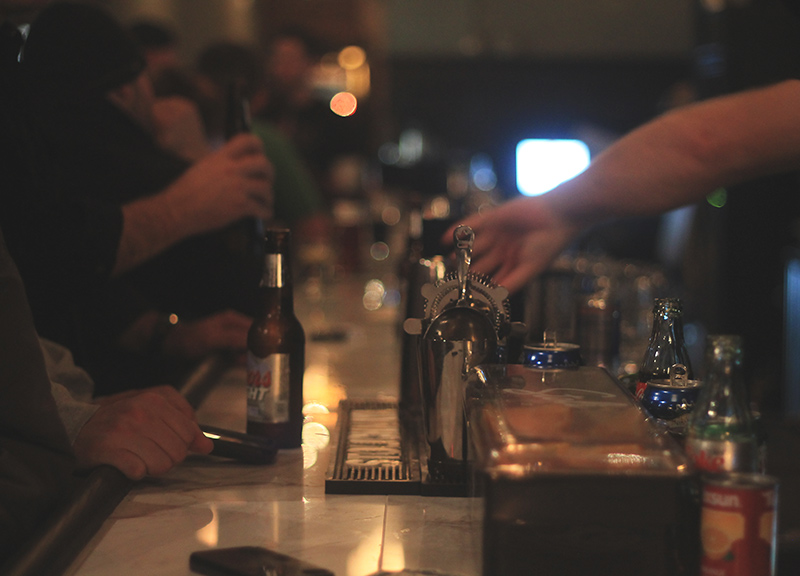