Since leaving his native Hungary in 1992, Mate Hartai has found a home right here in Dallas — and mostly at The Libertine Bar on Lower Greenville. But he’s not just your run-of-the-mill bartender. Mate knows his beers. No, he really does. Talk to him for 30 seconds and he’ll peer into your soul and tell you exactly what beer or cocktail you’d most enjoy. Well, maybe the part about soul-peering isn’t true. But his perfectly-groomed chops and handlebar moustache might make you think so. Plus, the guys is about as close to an expert on ice as you’ll find anywhere in town. He carves his own — he even goes so far as to accuse people that use ice molders as “cheaters” — and even keeps a massive block of it in his home fridge for personal use.

We recently had the chance to sit down with Mate over an “Elsa” (a deliciously refreshing cocktail he invented and named after his dog) and, in the process, we learned quite a bit about beer, how to be a balanced bartender and how to properly use that ice he so adores.

Visit him at Libertine Bar for an unparalleled beer experience. You won’t be sorry. 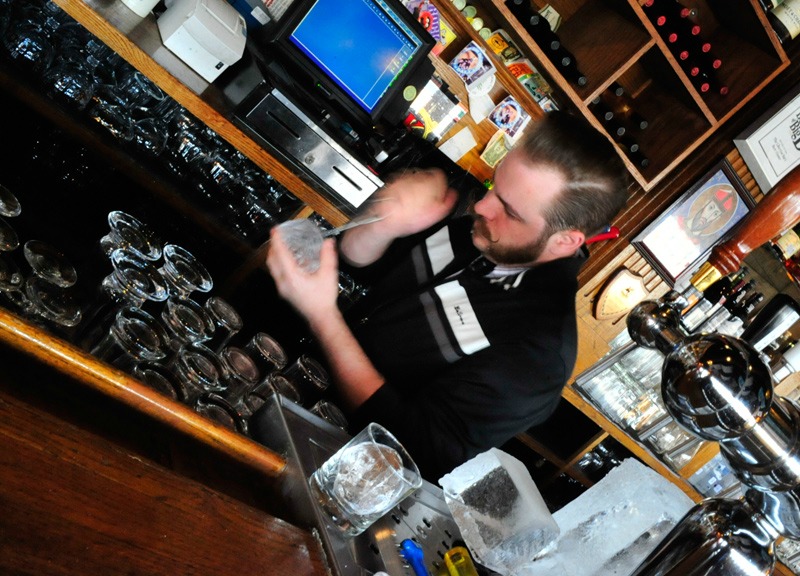 Nickname: Why would anyone with such a cool name need a nickname?

Currently Home Base: The Libertine Bar (since early 2009).

First gig: The Bavarian Grill, a very beer-heavy and not spirit-friendly German restaurant in Plano.

How were you trained (if you had formal training) and where?
I’m a certified second-level cicerone, which is the beer version of a sommelier. There are less than seven in North Texas.

[Writer’s note: The program covers the ingredients that go into beer, from where they’re grown all the way to the brewing process and how to storing them; how to brew them; even how to get them into the glass and which glass to use. Mate could make you a custom delivery system if you wanted. No kidding.]

What brought you to Libertine Bar?
Their existing beer program was the first thing. And it’s not really what brings you to a place, but what keeps you at a place. It’s the ownership and the staff. There are many other bars that would have laughed at me when I told them that I wanted to put a classic cocktail program in and totally re-do the menu and change half the bottles on the shelf.

How many bars have you worked at during your bartending career?
Three. I usually work places for at least a year because I like to get rooted in a place and really build a program. If you go to the Bavarian Grill, you can still go behind the bar and see a hand-drawn diagram of the keg-cooler that I did.”

What do you find most intriguing about the Dallas bar scene?
The way that the public is maturing. The fact that there are four cocktail-centered bars and three more opening soon shows that the public is supporting them enough to stay open. And that’s huge. Whether it’s for cocktails, beer, or spirits, people’s appreciation and palates are growing up.

What is the most valuable bartending tip you’ve learned?
Be balanced. Know a lot about something, but know something about a lot.

What beer ignited your passion for all things beer?
When it comes to anything, food, spirit, beer, it doesn’t matter — there’s always things that get you to want to go deeper and deeper. It’s just that one thing that changes it for you. Where I come from in Europe, people have always drank Pilsners, but I’d never had a Pilsner on draft. The Pilsner Urquell on draft really shocked me. It’s like a little alcoholic cloud.

What is your “dream” beer on a beautiful Texas afternoon?
I’d have a Russian River Supplication. It’s a wonderful beer, very tart. To people on my level of appreciation — whether it’s spirits or beers — there’s a lowest level that is the hardest to get to and to understand, and that’s the sour beer.

If given the chance, what one beer would you keep on tap in your own kitchen?
That’s like asking a man with twelve children to pick his favorite child!

And on the topic of ice? You really seem to love it.
I carve my own ice by hand. I have entirely too much of my personal apartment dedicated to ice. Open my freezer and you’ll see a 13″x21″x15″ block of ice. I’m not sure if it’s dedication or nerdiness. 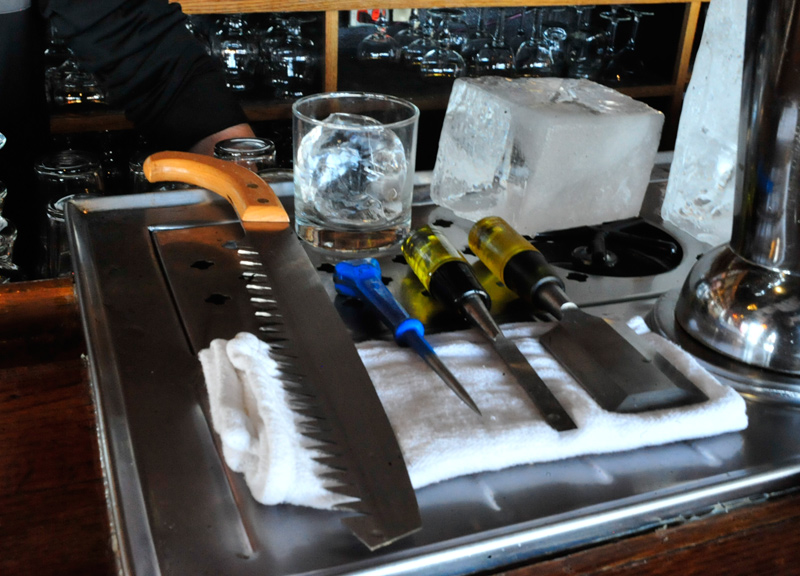