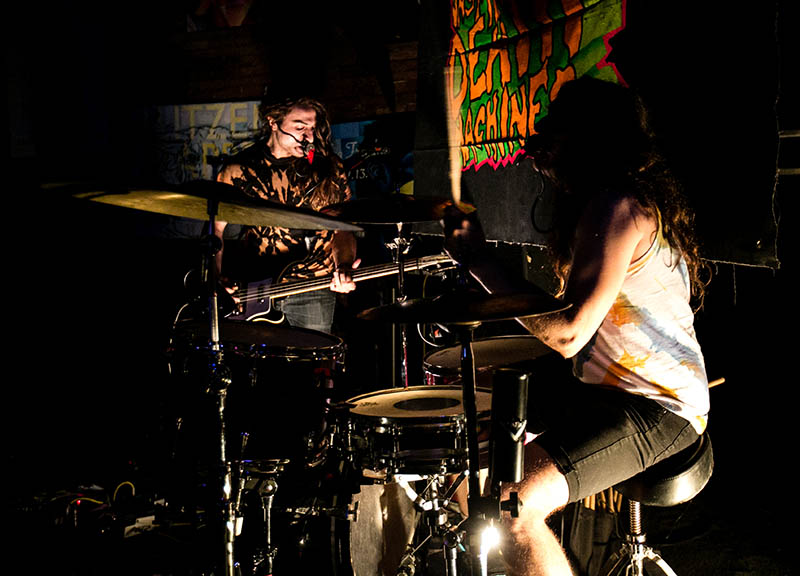 Scenes From Saturday Night's Nothing Show at Dada.

Nothing's debut album, Guilty of Everything, is interesting in that it seemingly brings nothing new to the table — and yet still sounds totally refreshing.

With a genre-bending style that's similar to Deafheaven, Nothing mixes a shoegaze aura, emo lyrics and hardcore aesthetics into its blend. And it's an attractive package, to be sure. There's a gentleness that lead singer and founder Domenic Palermo carries throughout the album, even if the rest of the band teeters on noise rock.

In a live setting, though? All of that goes out the window.

On Saturday night at Dada, the crowd knew Nothing would bring the noise, sure. But very few seemed prepared for the fact it'd do so with a much harder edge than heard on its album.

Fewer seemed ready for the fact that the touring openers Unstoppable Death Machines would do the same. The Brooklyn-hailing duo comprised of brothers Mike and Billy Tucci pumped out its own version of jolly noise-punk at this show with just a drum set and bass guitar, as well was a couple of mics and radios wired to the brothers' faces. Depending on your perspective, the spectacle of the surfer-looking brothers' set either came off as kitschy or as an impressive display of loud aggressive punk that'd be perfectly fitting for a high-energy house party.

Superheaven, who just a month ago was still known as Daylight, too scored well with the crowd. The '90s alternative-inspired band made attempts to rework the well-worn sludge/grunge model to a fault here, coming off as nothing more than a Bleach-era Nirvana clone. Maybe the band is working through some frustration with regards to its recent legal issues with the other Daylight band that stemmed the recent name change? Regardless, guitarist/vocalist Taylor Madison proved to be oddly contentious with the many individuals in the room who were splitting their attention between Superheaven and Game 6 of the Western Conference Finals, which happened to be in overtime during the band's set. In an odd turn, though, Madison became just as contentious with his own fans, who had joined in his verbal criticism of those watching basketball. Still, when Superheaven left the stage, it took a good amount of the crowd with them.

In turn, the crowd that gathered around Dada's stage for the headlining set could've justly anticipated a more reserved showing from Nothing. Quickly, though, this crowd would be proved wrong, as frontman Nicky Palermo caught most of his front row off guard with wild guitar swinging antics that almost buzzed one fan's head. Palermo would immediately apologize for that incident, but it wouldn't knock him off his game. The singer continued to stagger about the stage in unison with bassist Nick Bassett and, on more than one occasion, he plunged himself into the crowd for some crowdsurfing. Such actions made it clear: Live, the band's hardcore roots are much more evident than on record.

Saturday's was an intense offering — and one that captivated the audience while paying tribute to influences such as My Bloody Valentine.

If anything, it happened to quickly. On this night, it all came and went within a 40-minute set — one which didn't feature an encore despite feedback still ringing through the venue's P.A. upon the end of what most had viewed as the just band's main set.

Instead the night was just over and the crowd was left wanting more.

Kind of a refreshing thing, actually. 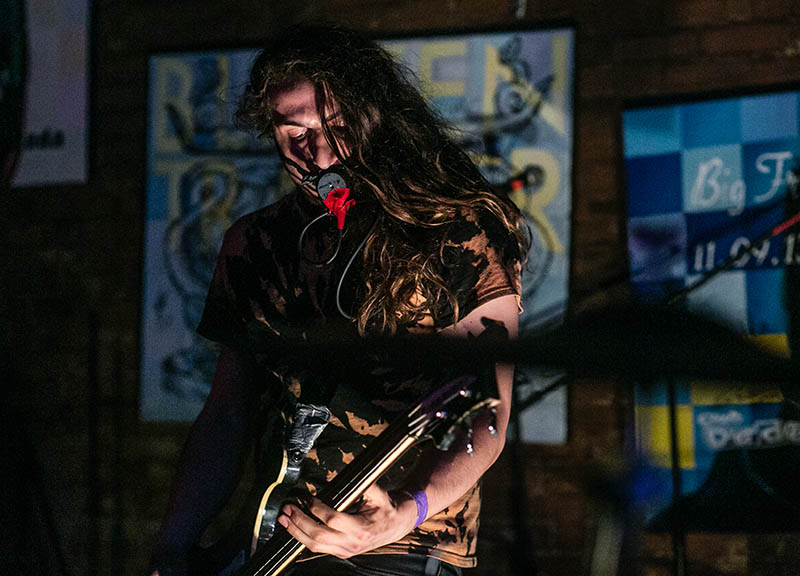 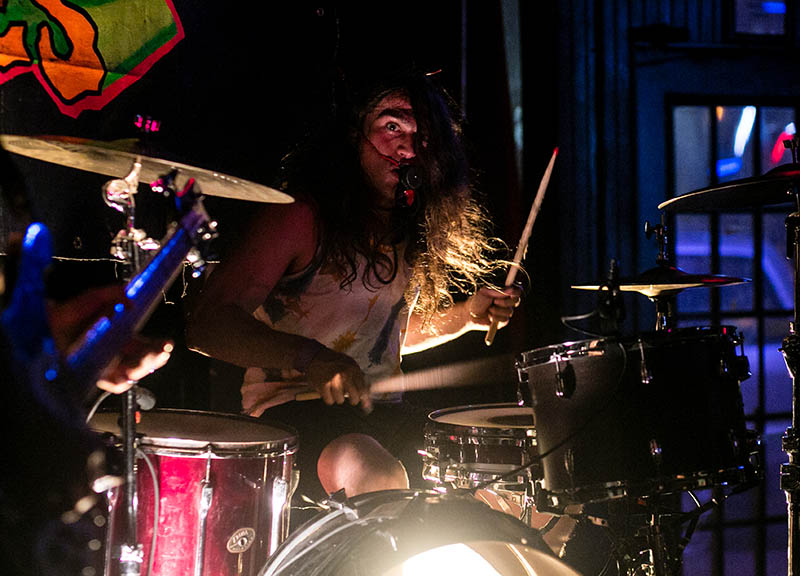 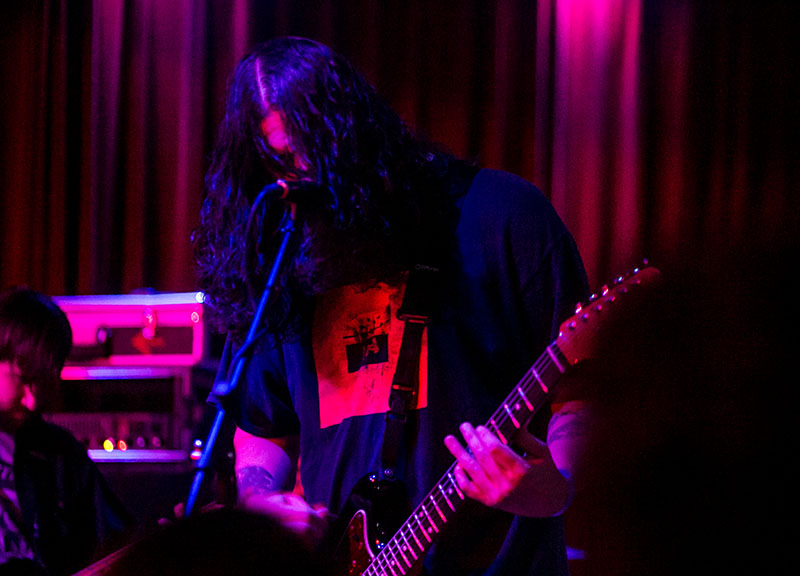 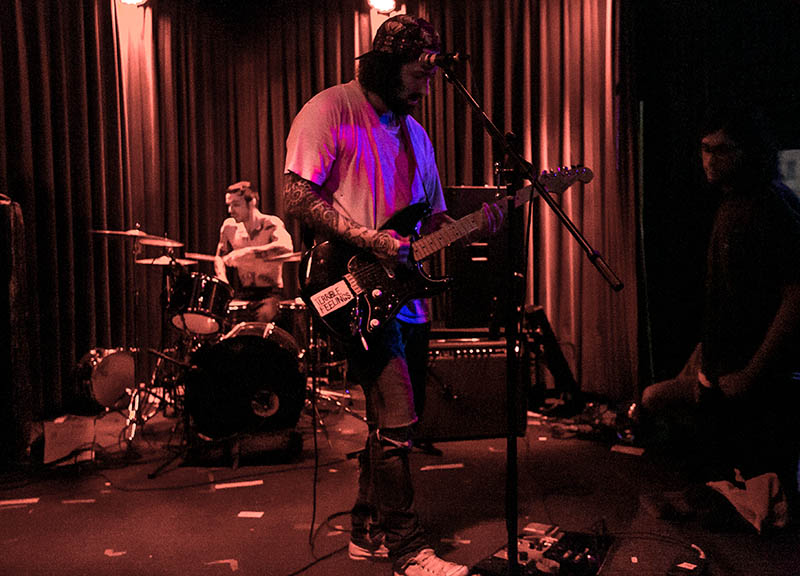 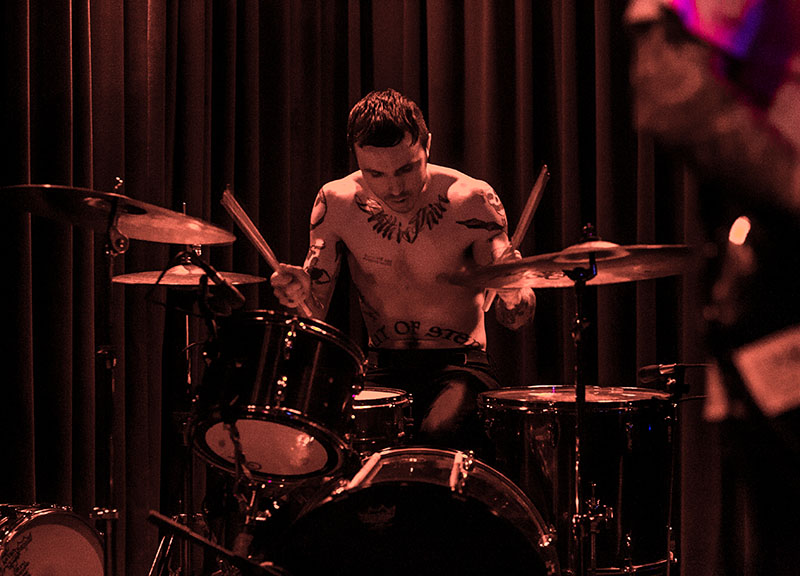 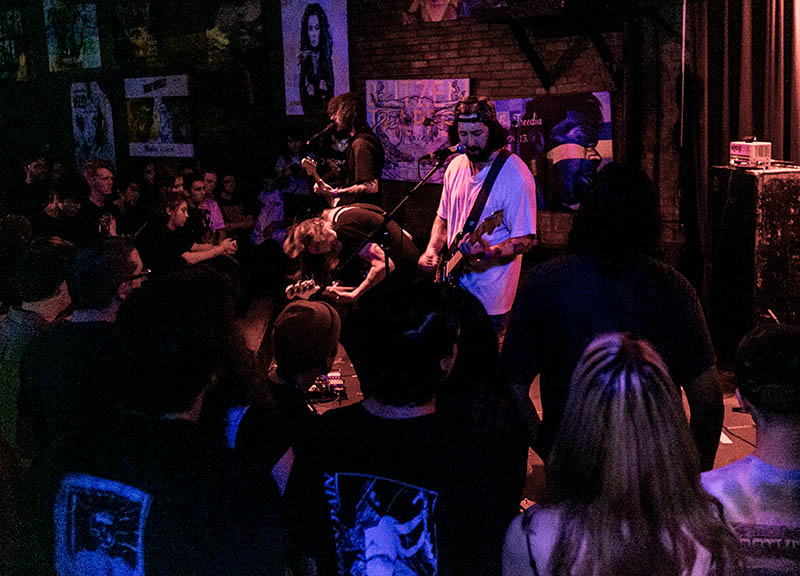