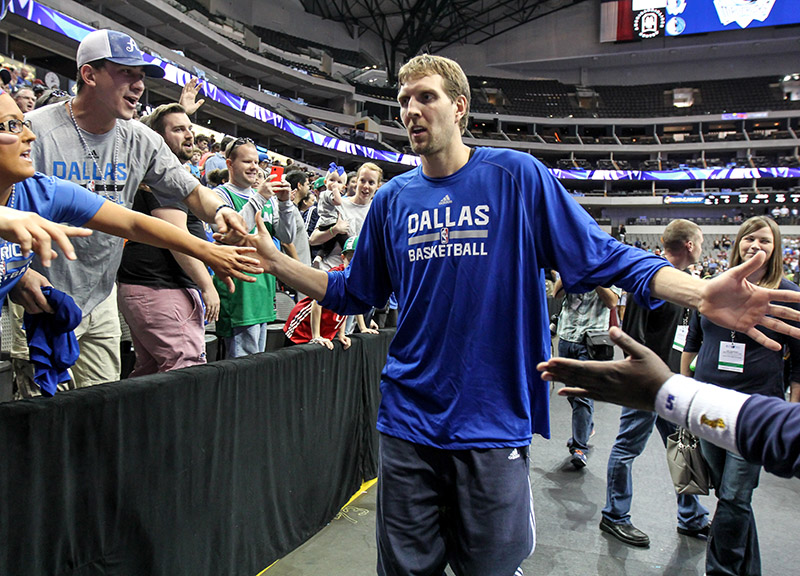 Is Migos Low-Key Way Into Dallas Sports? Probably, If Its New Dirk Nowitzki Song Is Any Indication.

Migos, the Atlanta rap group that corny rap bloggers like to compare to the Beatles, is prolific if nothing else.

Though the trio only has one true studio album to its name, the group has released at least five mixtapes this year alone. There are probably more, to be honest. It’s just too much to keep track of.

One thing we can keep track of, however, is Migos’ love of sports. One of the group’s most beloved songs, after all, is called “Fight Night.”

But Migos likes its Dallas sports, too. To date, the group has released at least two homages from some standout athletes out our fair region.

Exhibit A is an ode to former Irving Cowboy Emmit Smith, who holds the title as the NFL’s all-time leading rusher.

Exhibit B is an ode to the greatest Dallas Maverick of all time and a sure lock for the NBA hall of fame, Dirk Nowitzki.

“Sippin’ on Texas; Dirk Nowitzki,” for those who are uninitiated, is a euphemism for drinking lean. Who will be the next Dallas athlete to get a reference from Migos? Our bet is on Dez Bryant — with some lyrical reference to throwing up an X, probably.

We wouldn’t rule out something about Greg Hardy that’s in incredibly poor taste, though.