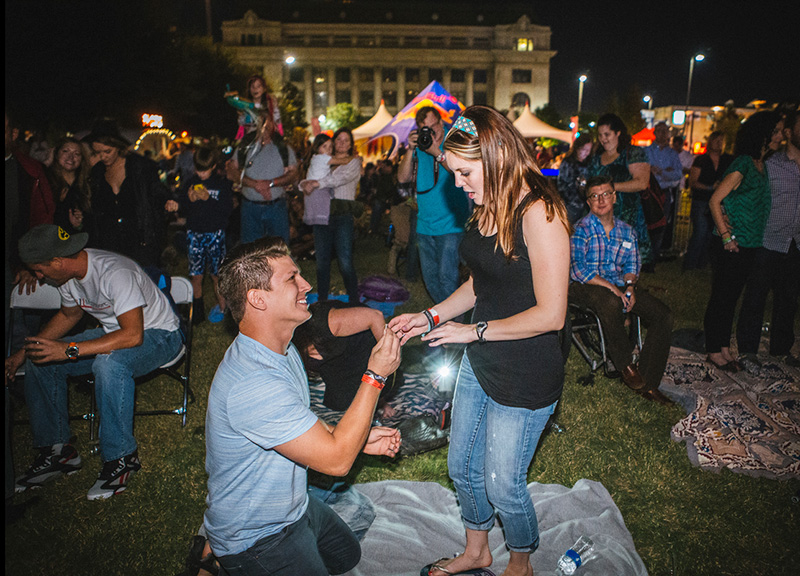 What Kind Of Guy Proposes To His Girlfriend At A Barbecue Festival? We Found Out And Asked.

This past weekend's Smoked Festival, which combined barbecue and live music into a single package at Main Street Garden Park, was a hit in our eyes. That much is safe to say.

But here's a safer bet: For one Dallas couple, the festival really exceeded expectations.

That's because Ray Blanco decided to use the occasion to pop a surprise marriage proposal upon his girlfriend of two years, Blair Jennings. And, uh-huh, she said yes, too.

Still, the proposal, which our own Karlo X. Ramos caught live on camera while strolling the grounds, had us scratching our heads about the kind of guy who decides to propose to his girlfriend at a barbecue fest.

So, rather than wonder, we decided to reach out and ask. And, turns out, it wasn't a shared of love over smoked meats that spurred the proposal. Rather, Blanco tells us, it's the fact that the two stumbled upon a concert from Smoked performer Bob Schneider during their first date together.

And, well, we'll just let him explain the rest.

“Our first date was to the grand opening of Klyde Warren Park in Dallas,” Blanco wrote us in response to our email query. “We were walking around the park and ended at the stage area where, to our surprise, Bob Schneider was starting his set. During his show, a song came on that hit the both of us called, 'Let The Light In,' [which is] a song [about the] love found between two characters of The Wizard of Oz, the Wicked Witch and the Tin Man. This song had a profound impact on us that evening. It's about love found within two people — one who is a miserable witch and the other who has no heart — who are predestined never to find love. In Bob's song, they break all boundaries and comfort zones to capture love.

“The ambiance at the opening of Klyde Warren Park was picture-perfect. The setting sun behind sparkling buildings whilst Bob played his song was enchanting. The song set the tone for our relationship to follow and Bob became a valued musician in our household.”

“Fast forward two years: Another October evening with perfect weather surrounded by a towering city twinkling all around a small Dallas park. I had already laid a blanket on the ground and moved it to several locations, frantic and nervous, trying to find the perfect spot. We were standing there on our blanket when Bob opened with 'Let The Light In,' the song I was there for.

“Blair heard the song and became dance-y. I saw Karlo taking pictures walking through the crowd and told him what was about to go down, Blair didn't even notice! The rest is history!

“Considering the impact of our first date in Dallas, I could think of no better place than another inner city park with fantastic ambiance during a Bob Schneider show to propose.”

Pretty gosh darn cute, you guys. Almost as cute as Karlo's photos, which you can view in order below. 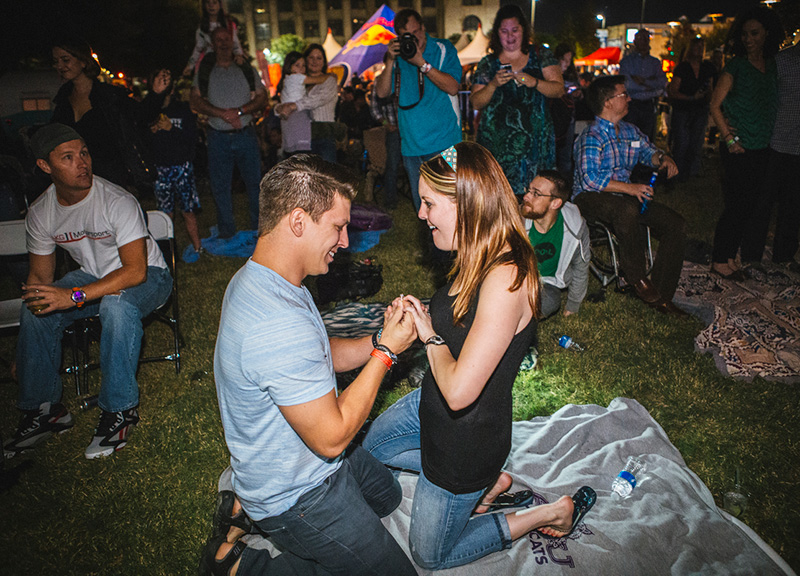 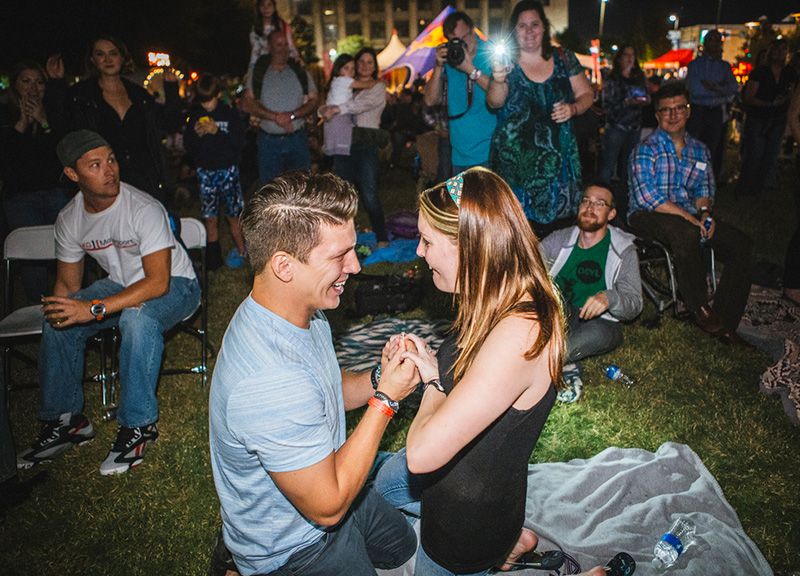 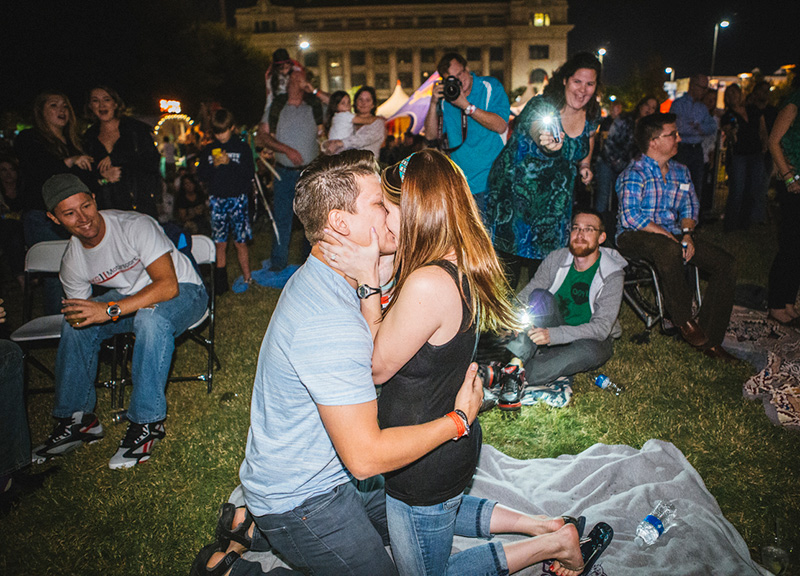 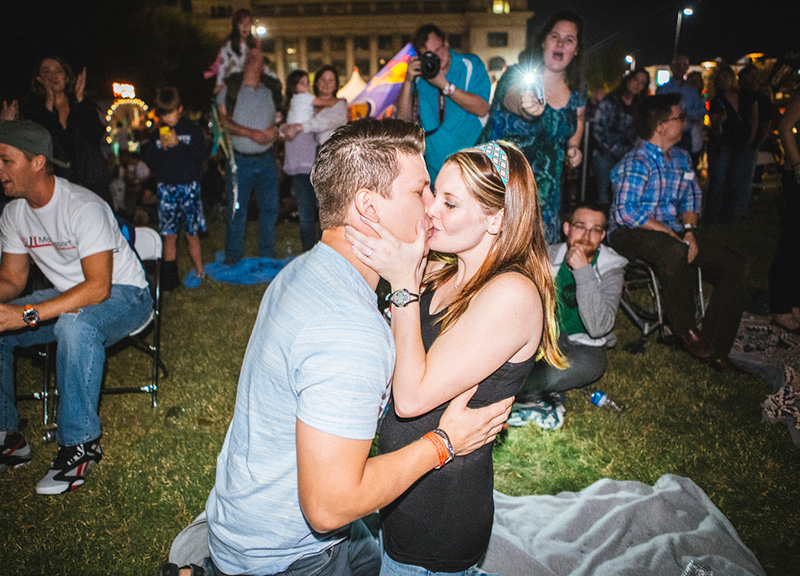 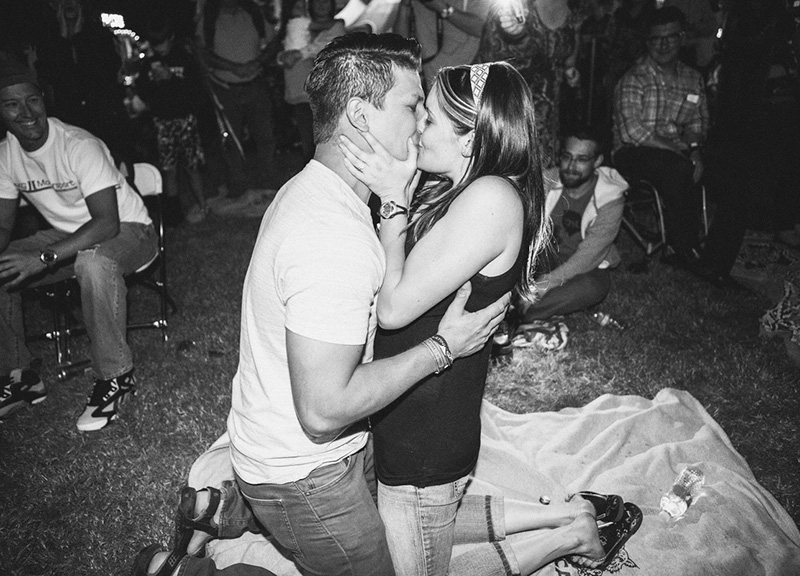 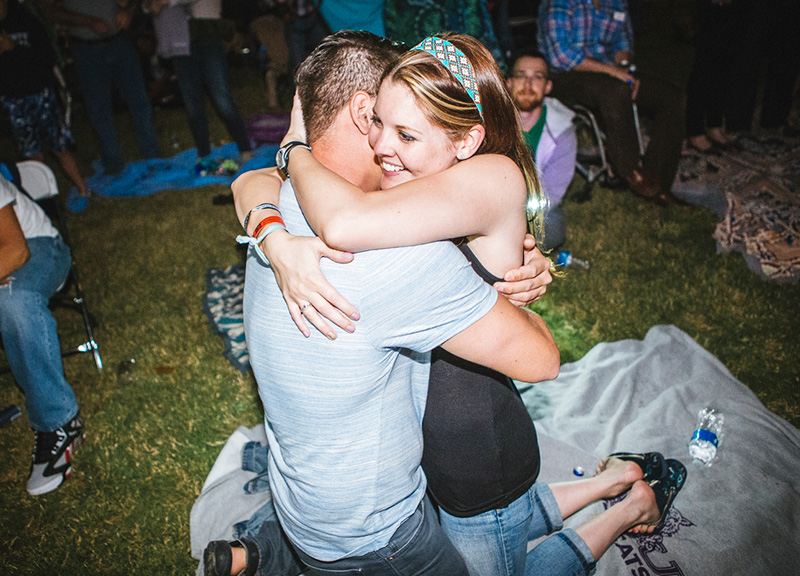 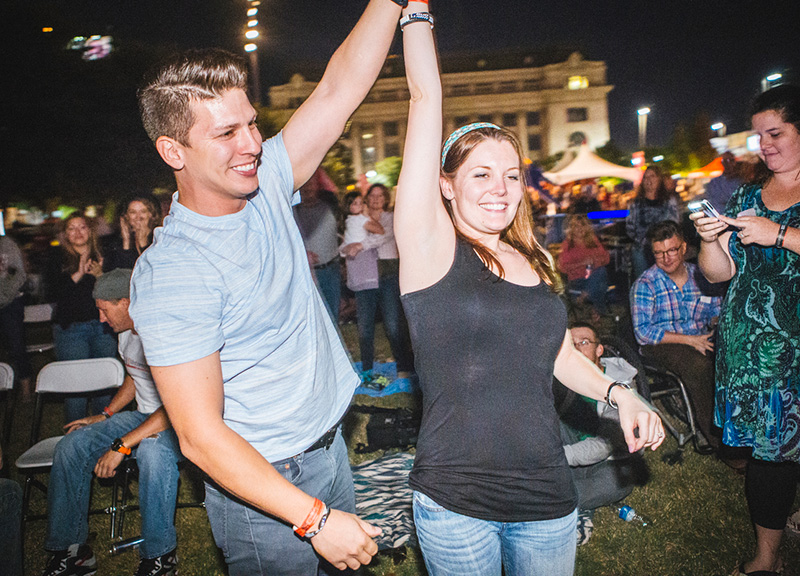 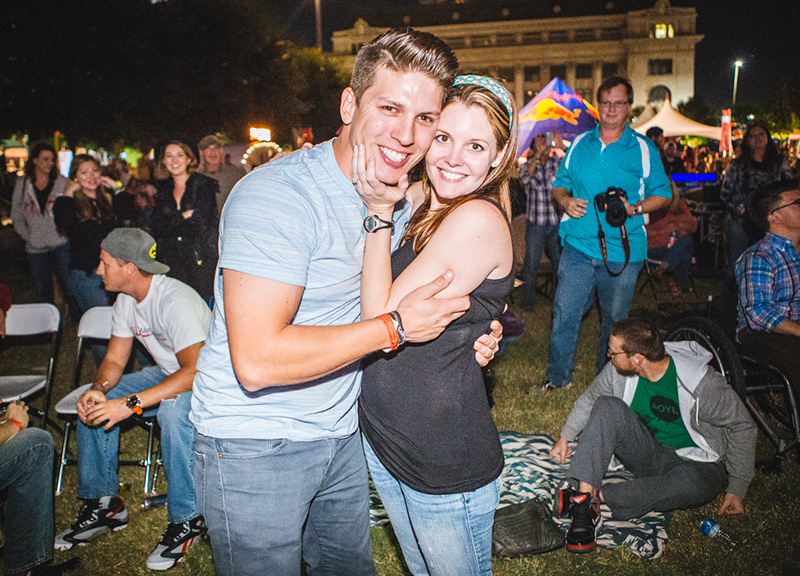 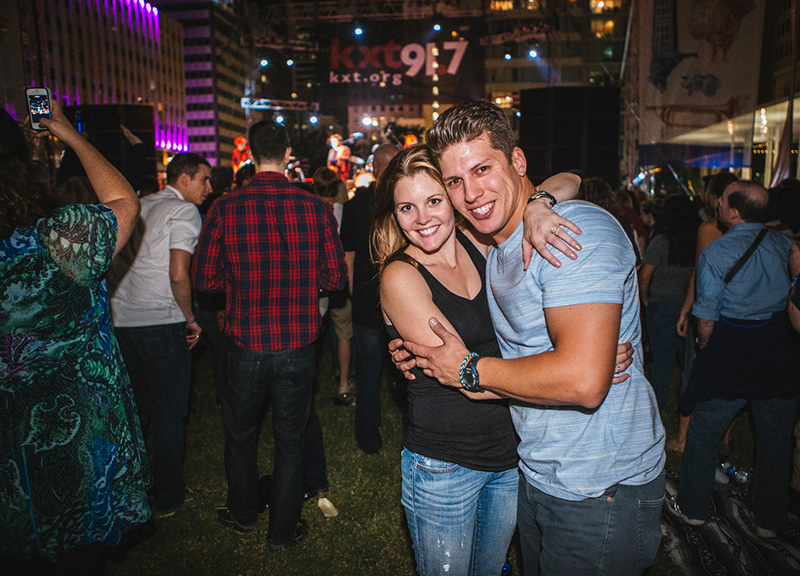