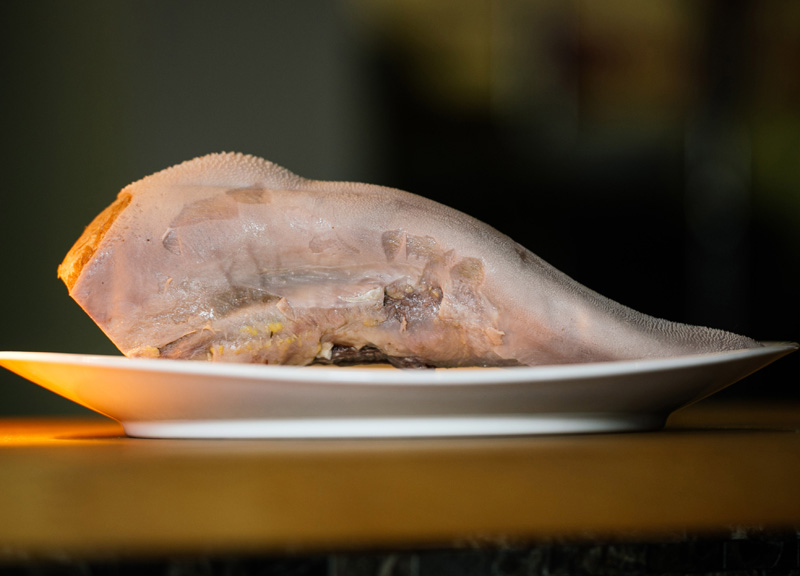 VH Casual Isn't Stuck Up About Its Beef Tongue Dishes.

Most people are picky about their meats.

Chefs, though? Well, not so much — and especially not these days. Actually, if anything, it might be the opposite. Lately, we've notice that chefs are kind of all about the seemingly “lesser” meat parts — organs, muscles and the like — and putting new spins on them to illustrate their actual, very real value.

Of course, it takes skilled understanding of these parts — both in preparation and in presentation — to pull off this kind of cooking. And, when done right, the payoff is big: The dish becomes a conversation piece capable of capturing the attentions of even the most skeptical diners.

Which brings us to the beef tongue at VH Casual in Oak Cliff.

The restaurant serves two versions of the dish — a cold beef tongue carpaccio and a hot crispy tongue salad. The dishes' creator, chef Eric Brandt, initially prepares the tongue the same way for both, using a court bouillon with thyme, black peppercorns, bay leaves and jalapeño. The bouillon cooks the outer white silverskin of the meat, enabling Brandt to peal it and reveal the more tender parts underneath.

The process is similar to cooking a pot roast in that, the longer the meat is cooked, the more tender it becomes. It's worth the effort, too: Rather than the same stringy breakdown you get from other cuts, beef tongue presents itself as something both complicated and familiar. Prior to cooking, the muscular makeup seems more akin to a can of Spam due to its grainy texture. Once cooked, though, the tongue has a lot of the complex qualities that resemble the rich and buttery flavors of bone marrow.

The hot version of the dish is topped with a jicama, corn slaw and Serrano chili oil, while the cold does a play on a Nicoise salad. Both preparations showcase different flavors of the tongue. The acidity provided by the vinaigrette in the cold dish highlights the richness of the meat by contrast, while the hot version focuses on the bold flavors that hit various points of the palate all at once.

Despite their differences, the two versions of the beef tongue demonstrate how someone with an acute understanding of the meat can show the beauty in it.

Since we're so thoroughly intrigued by these offerings, we asked Brandt to tell us more about them.

Where did the concept of the dishes come from?
I look cooking with secondary meats. I think it's interesting. Kidneys and livers and everything else — people are really into [organ meat] right now. The funny thing is, a generation ago, everybody ate tongue. Our parents all ate tongue sandwiches, and it's really not that foreign of a concept. When you work in a kitchen, you work around Latinos all the time. And Latinos eat tongue all the time. No taco place would say they won't serve you a tongue; it's not as foreign as people make it out to be. What we did [with] a lot of the flavor combinations… [they're] kind of built off of tacos lengua — street food style.

What are some of your favorite reactions from people who've ordered this dish?
I think it's the reactions from the people at the table who didn't order it, then try it. If someone has never had it, it's going to be really hard to sell to say, “Hey, the chef has a chilled tongue salad tonight.” It's not gonna happen. But when you see someone at the table [with it].. One of our manager's mother is from Colombia, and she loves it. It was her birthday, so we gave her a plate of crispy fried tongue. She was just so overjoyed, and everyone at the table obviously had to try it because it was her birthday, and she passed it around. Then you have people tasting new food, and trying new food for the right reasons. They're eating communally, and they're trying new things; they're not coming in and eating it on a dare. I like things a lot more organic in that way. Then all of a sudden, it's not a foreign as you think it is. I always think it's funny that we pick and choose the parts of the animal that we eat. Somehow, we'll eat a hoof, but we're grossed out by a tongue. It's just because you're not used to it. 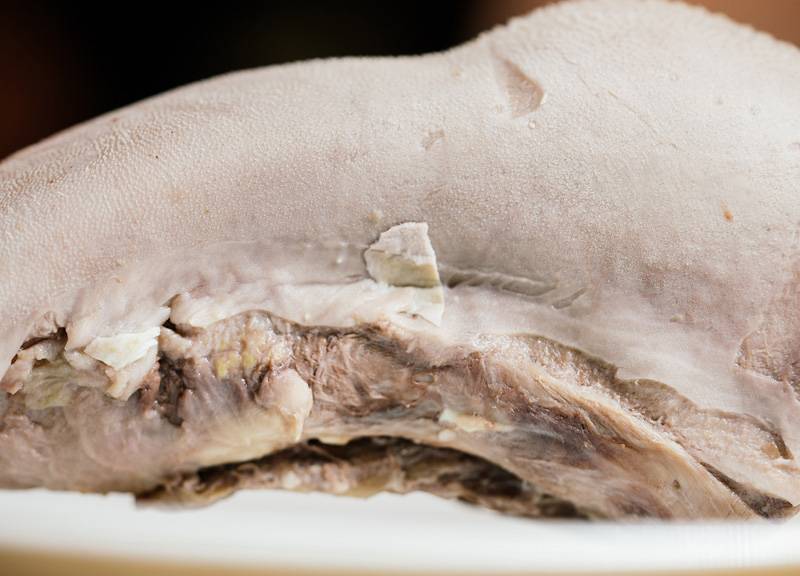 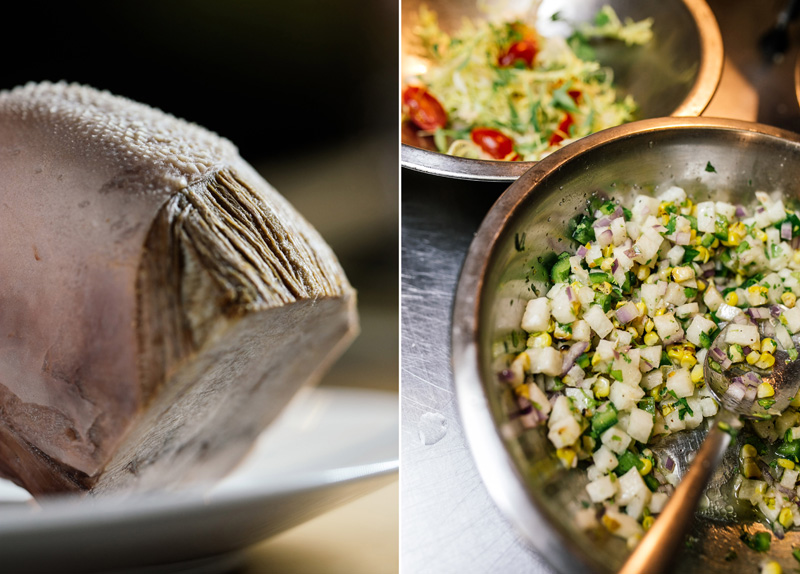 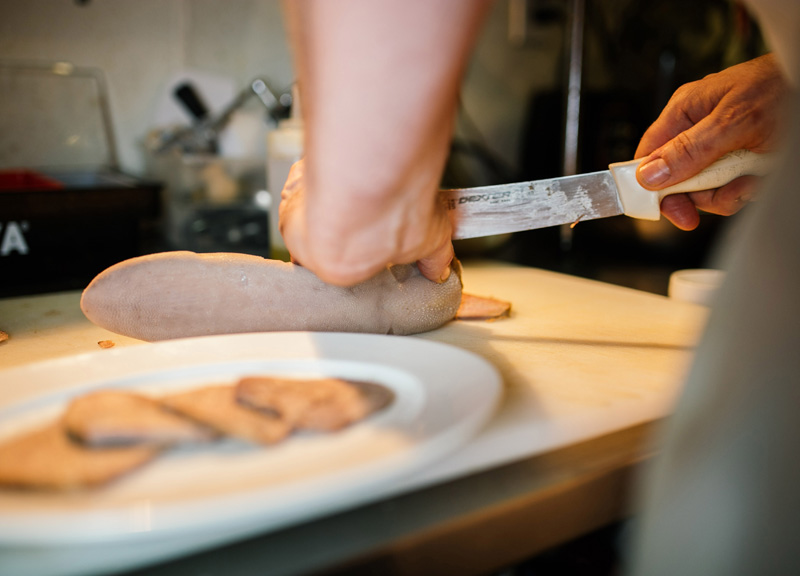 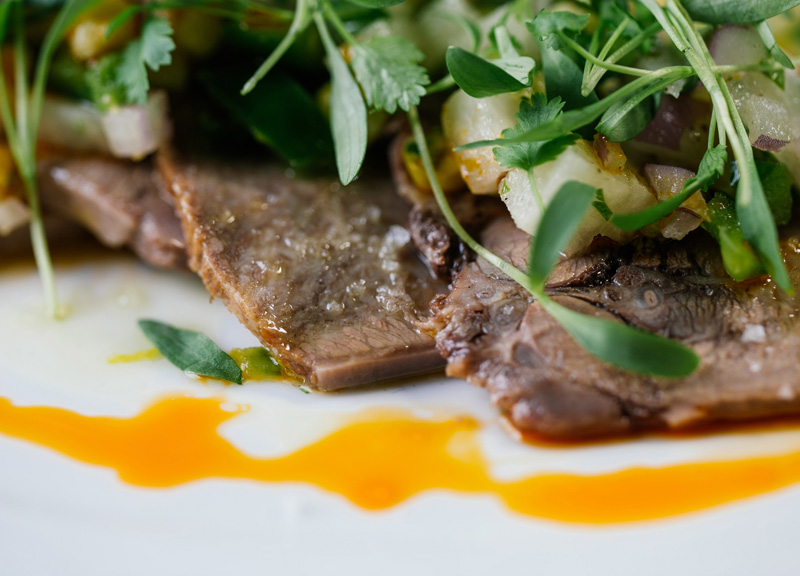 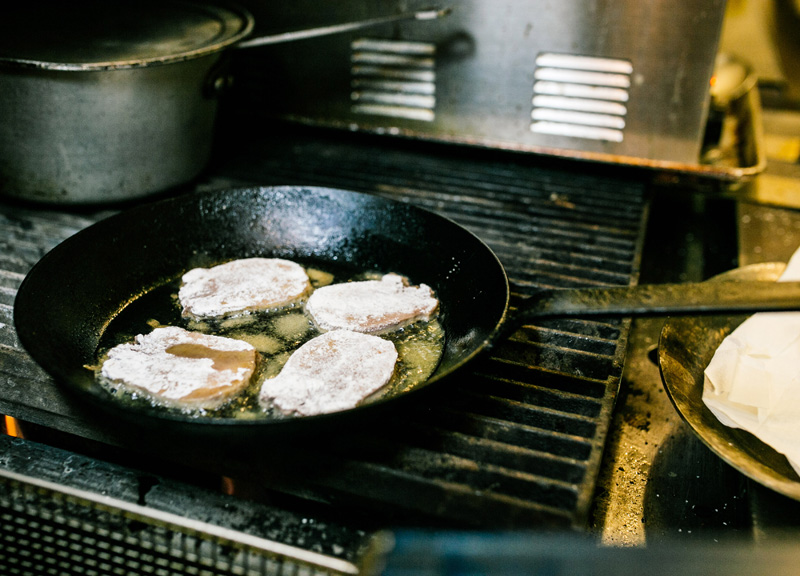 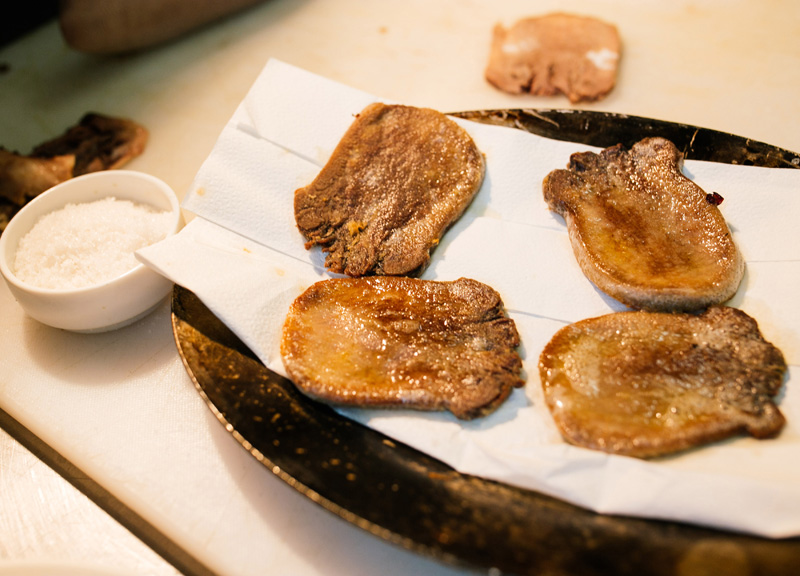 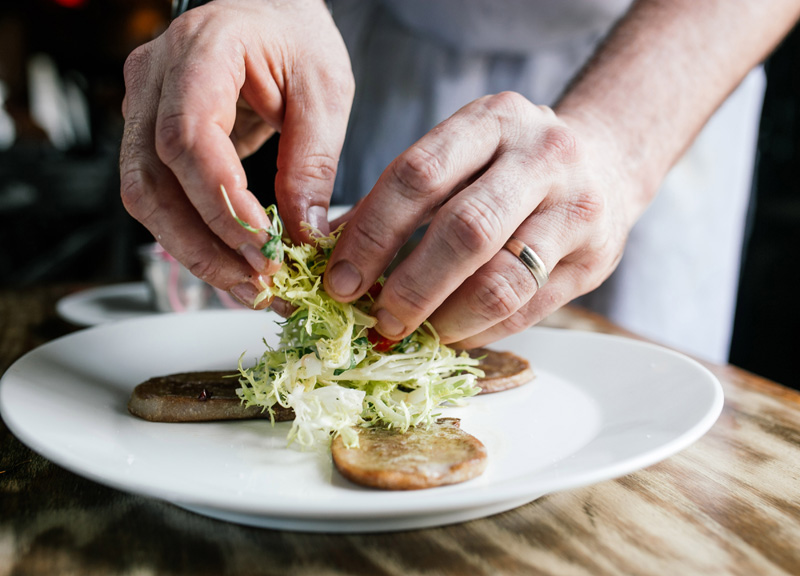 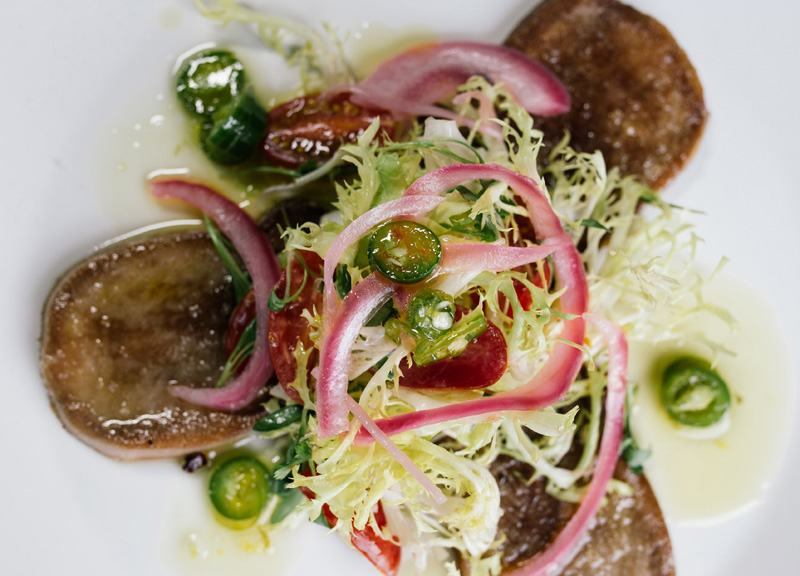 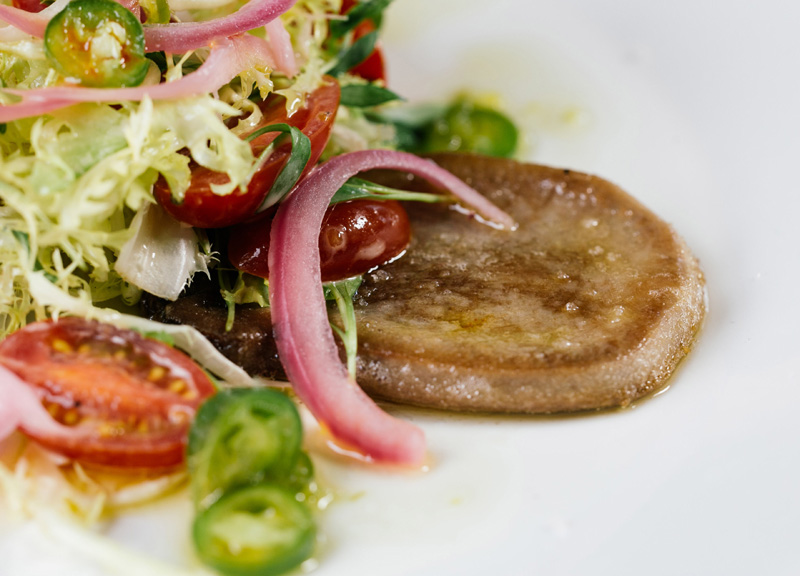 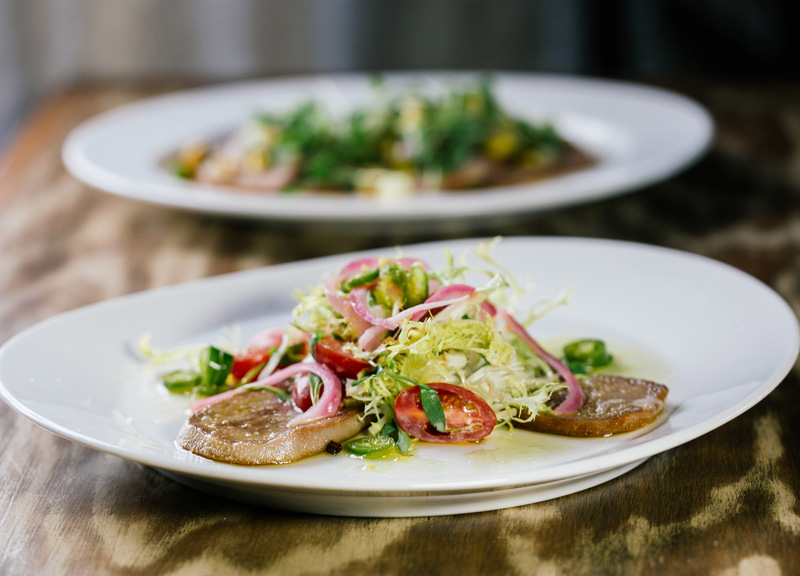 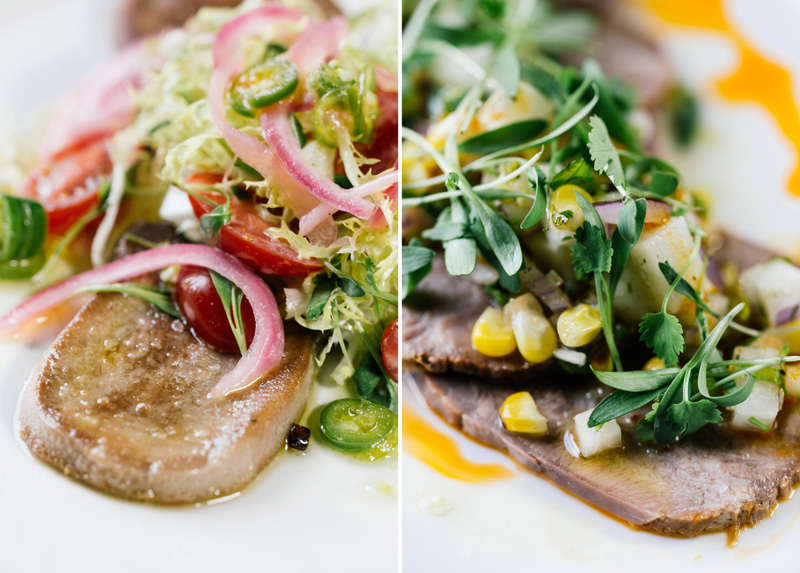 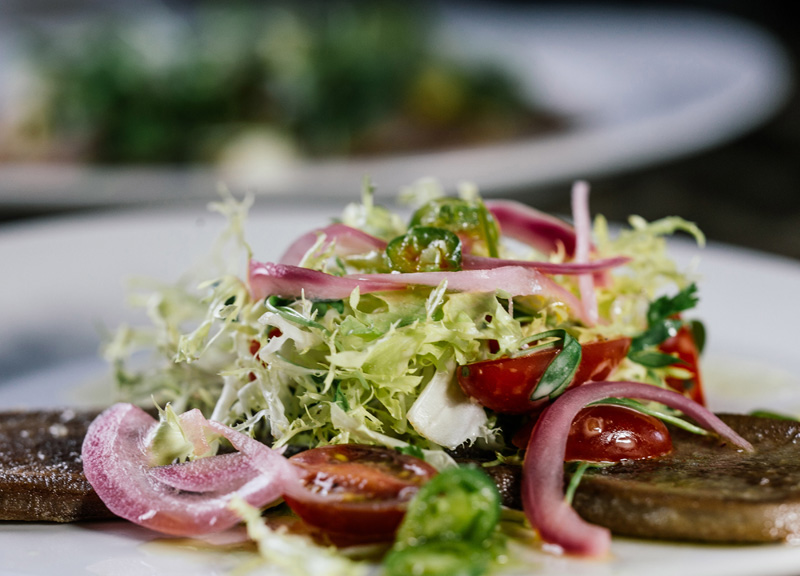 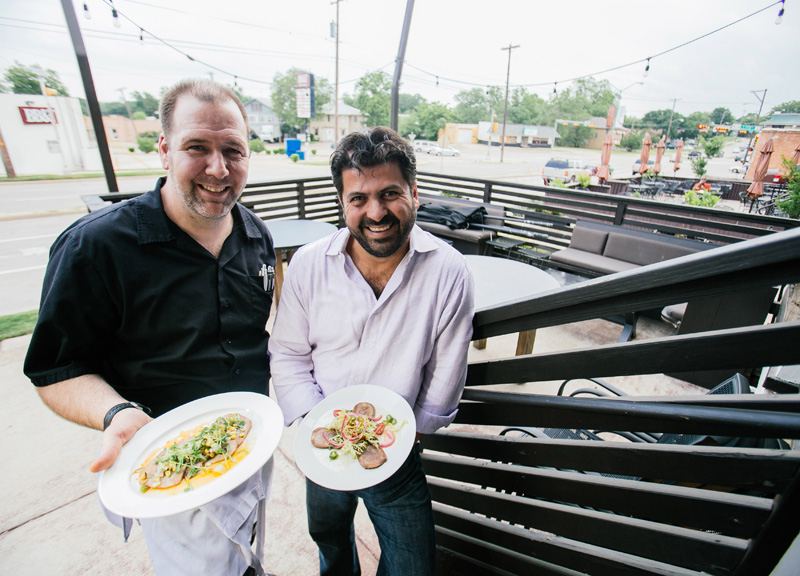