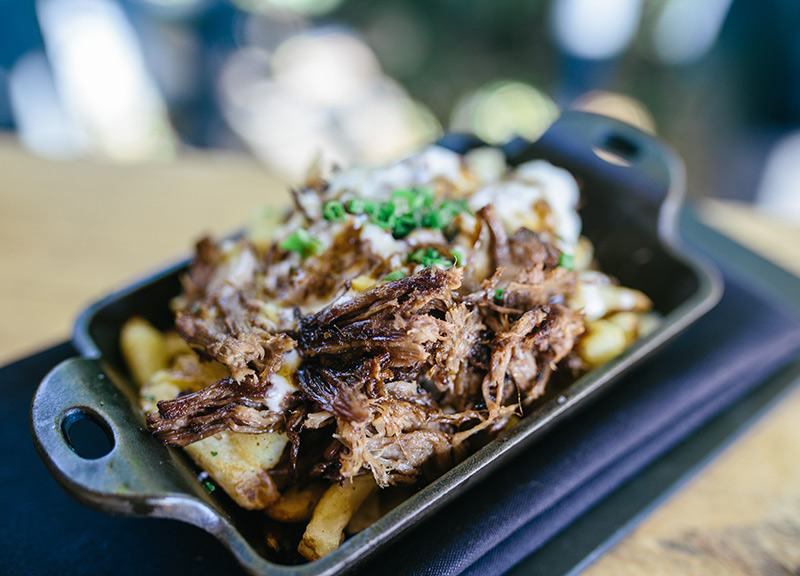 Ten Bells Tavern’s Short Rib Frite Is Kinda Like Poutine. Except With Meat And Beer.

As the weather turns to a coldness level where a light jacket is needed, Dallasites everywhere will be foraging for the meals which warm them from their stomachs. And while, realistically, dropping into the 40s isn't considered cold anywhere else in the country, we are a soft folk who can't handle swings in temperature.

Luckily, we here at Central Track care about you, and as Look at This Fucking Dish moves into the winter months, we'll be sure to assault your eyes with all sort of glorious, warming overindulgence.
Which is why we ended up at Bishop Arts' own Ten Bells Tavern.

This bar, while off the main drag of Bishop Arts District, is worth the five minute jaunt out of the busy area. Snuggled up next to a house on West 7th Street, Ten bells has a more dive-y atmosphere than you'd expect from the neighborhood, and also boasts a kick ass patio, complete with cats. Yes, Ten Bells is perhaps most famous for its amazingly cute feline infestation. Dawwww!
Today, we aren't here for its alcohol offerings or kitties, though. Rather, it's time someone gave some special attention to the bar's often-understated food offerings — specifically its Short Rib Frite.

Frite is a general French term for fried potatoes, ubiquitously known as French fries. What Ten Bells does with its Short Rib Frite is similar to the Canadian dish of poutine — there's the fried potatoes, the protein and the cheese to hold it all together. But in lieu of some form of gravy, the dish is drizzled in some beer baste.

The short rib meat is taken from the smaller, upper ribs of a cow. Ten Bells cooks its short ribs with a beer-infused baste, usually made with Shiner. After cooked, the meat is pulled from the bone into stringy, moist pieces. The fries are hand-cut and seasoned in-house.

The fries are used as the base of the mixture, followed by the short rib, a healthy ladle-full of a creamy four-cheese mixture — the same one used in Ten Bells' macaroni and cheese — and a drizzle of the same beer baste used on the rib meat. The result is an appetizer-sized portion of bar food, the likes of which you've probably never tasted.

First, the beer baste used on the short rib lends the dish the perfect tinge of sweetness. It's enough to notice, but subtle enough as to not overwhelm your palette. The cheese holds the meat and the soft fries together, ensuring you get the perfect proportion of each in every bite. And the cheese itself is wonderful — a mixture of gruyere, mozzarella, Swiss and white cheddar, melted to a sauce that, after cooling a bit, has just enough rigidity to stay on your fork.
After eating this dastardly good mix, we had to talk to the minds behind it about its creation.

How did the Short Rib Frite come into existence?
Meri Dahlke: “Two Thanksgivings ago, we opened up — and we don't make our staff work unless they want to — so it was me, Michael Hickey and Greg Matthews. People were coming in and kept ordering food even though the kitchen was closed. So we started making food because they were hungry. Michael and Greg went in the back and they started messing around with French fries and the cheese sauce that we use for the mac and cheese. They put that on top of the French fries and then they decided to add some meat, which was some of the braised short ribs. He just started sampling it out to people as they were coming in. They really liked it, so we told our chef at the time about it and he tweaked it. Then the Short Rib Frites were born.”
How is the dish now?
MD: “It's really popular on our Pint and Bite Tuesday, where you can order a beer and one of our appetizers for $10.”
Patrick Tierney: “Yeah, it's our most popular dish.”

How many do you sell on Pint and Bite Tuesday?
PT: “Man, I don't know. Just short of a shitload?” 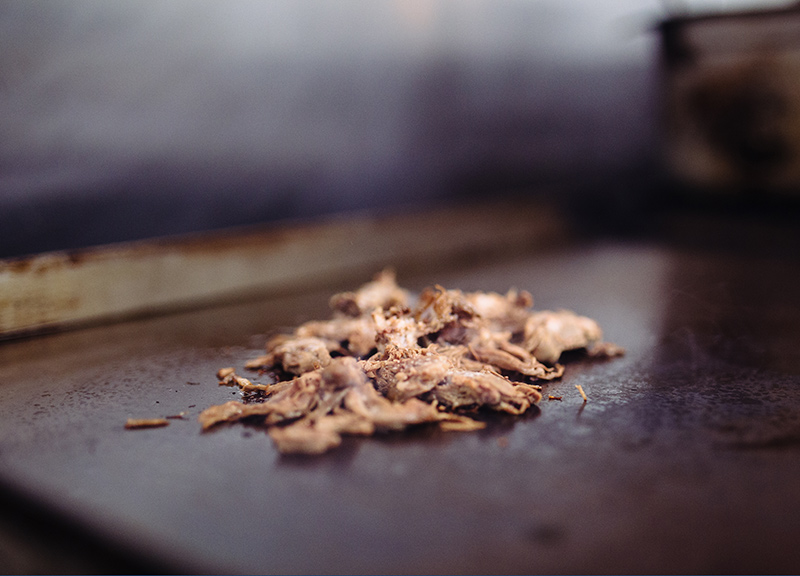 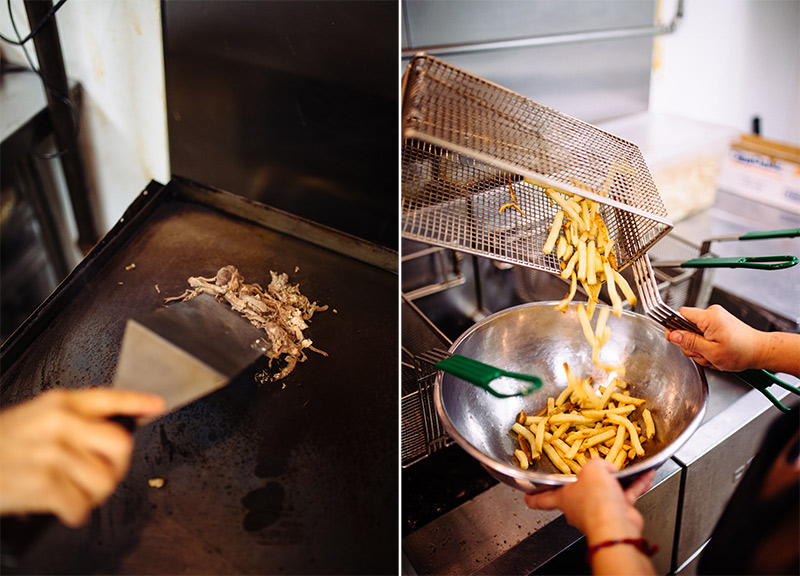 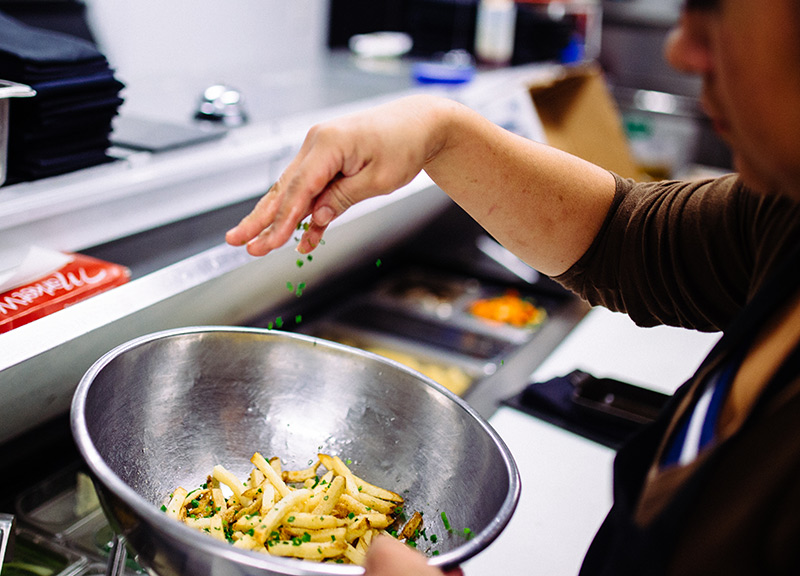 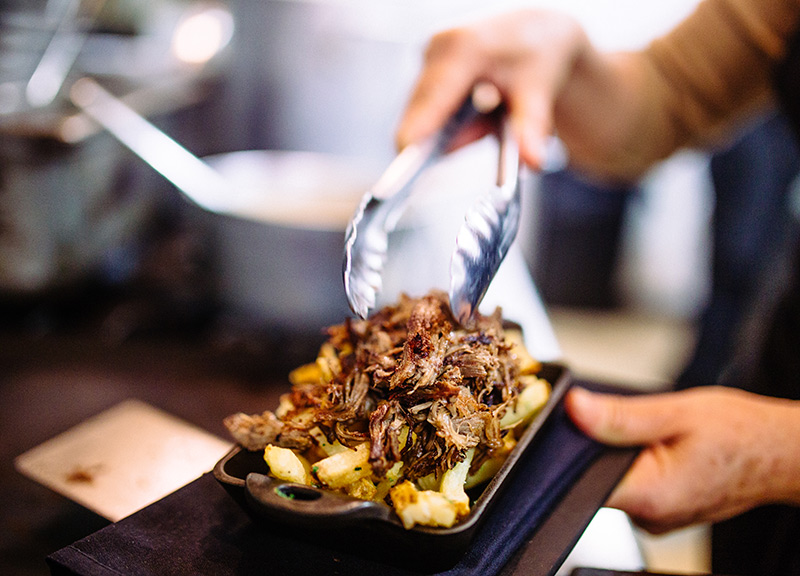 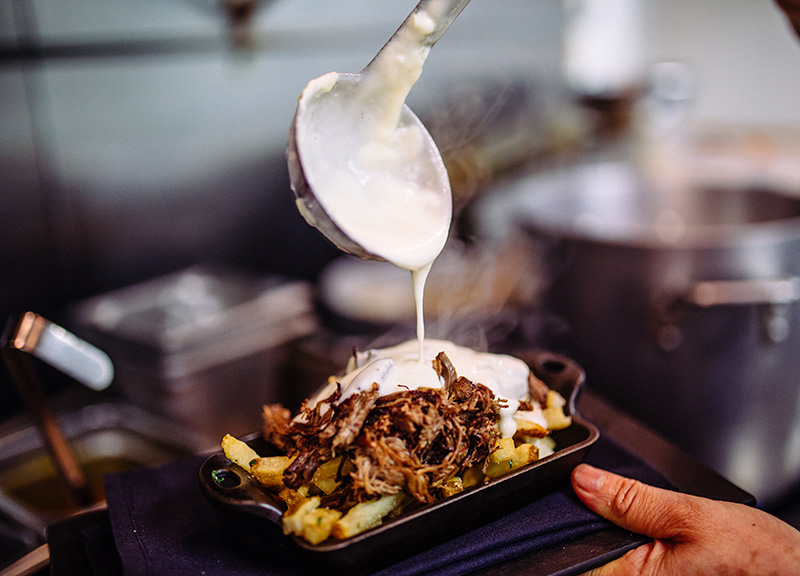 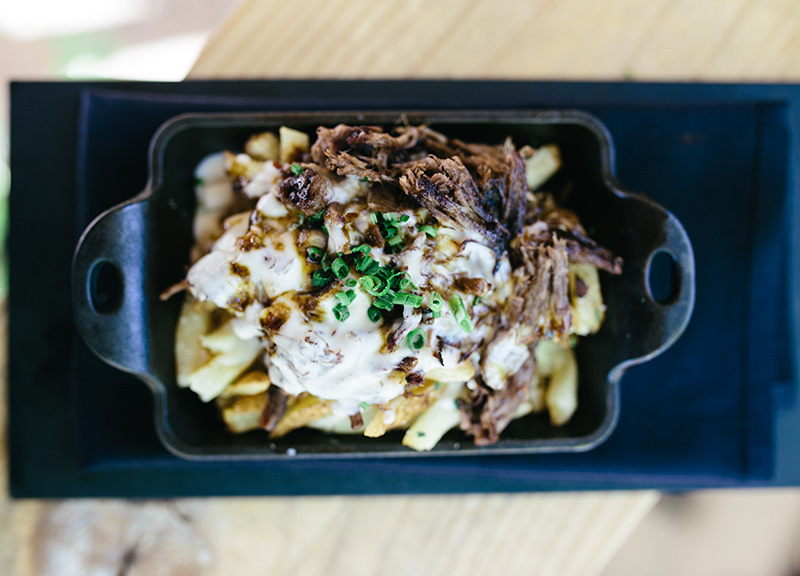 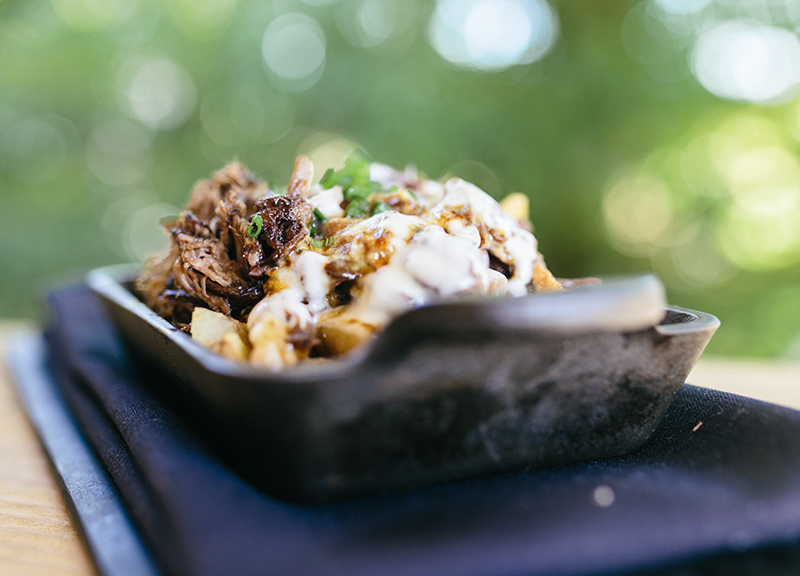 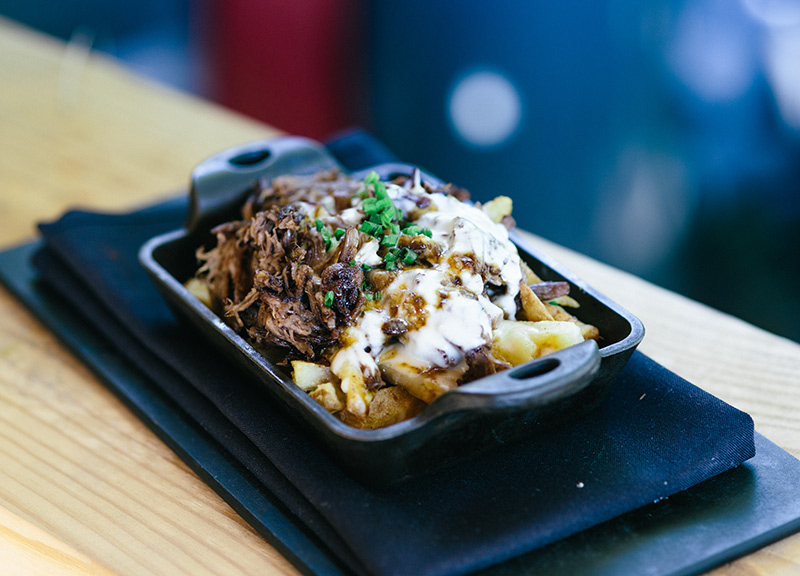 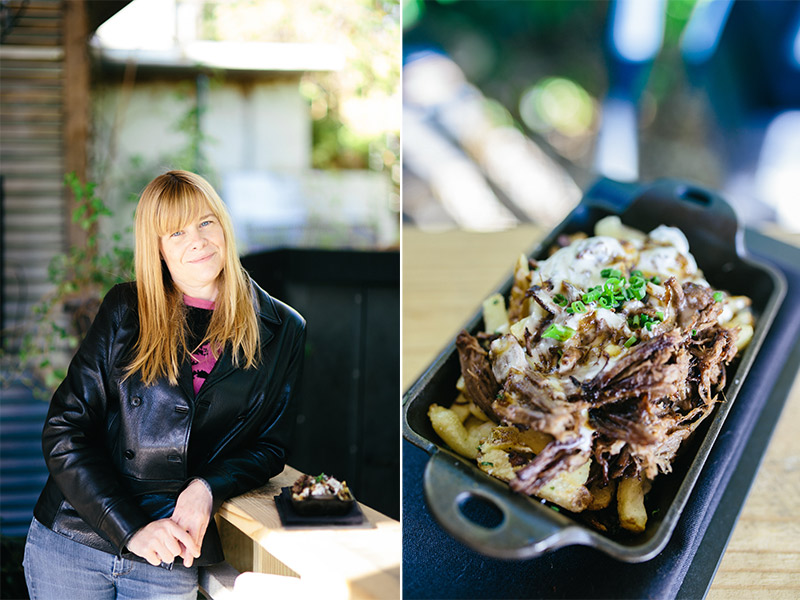