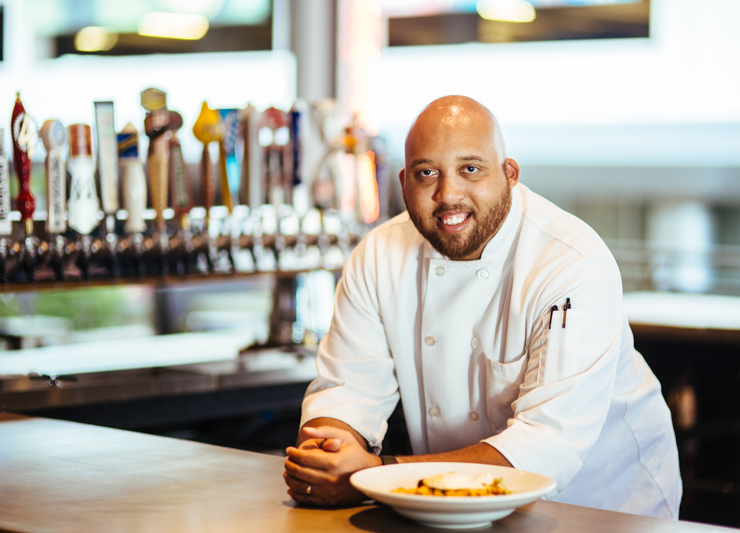 Dive Into A Mountain Of Tater Tot Goodness At Park Tavern.

Park Tavern is the kind of place that every mixed-used shopping center needs. And the Shops at Park Lane is lucky to have it. Because it's more than just a well laid-out pub.

For instance? Park Tavern also has one of the most comfy back porches around. There's a bar out there, and it's surrounded with the sort of seating you'd expect to see at pools like Salt or at The W. In turn, it's a decidedly laid-back experience out there — a nice change from the darker main space.

But things are cool in there, too. Inside, the bar too serves as the centerpiece, but, instead of open air, it's surrounded by wood accents and long, family-sized wood tables for larger parties.

Chef Michael Robinson is the guy burdened with the unenviable task of maintaining an elevated pub fare that keeps up with the space. He's done well, too: His menu features enough greasy carbs to absorb those pints you drank, plus some meats to get you to the end of the night. Better yet, many of his menu items have a distinctly Texas spin to them, lessening the chance of culture shock and ensuring plenty of smoked meats — even if these dishes' inspirations comes from elsewhere.

Take Park Tavern's Animal Tots: These bad boys were inspired by the concept of poutine, and they have all the ingredients — spuds, meat, egg and some cheese and a sauce for an extra kick — of the Canadian delicacy. The trick is, they're prepared differently. Instead of the typical fries that would function as the backbone of a poutine dish, the Animal Tot concept centers around the idea of a tater tot. From there, cheese curds are added in, followed by a nice, heavy handed drizzle of gravy. Next up, Robinson and his staff add in a Texas-sized portion of slow-cooked pulled pork and an over-easy egg.

Then? Then you eat.

And, boy, if this isn't a mountain of the perfect I'm-too-drunk-to-taste-anything food, then nothing is. The portion size is quite insane, so bring a friend or two who are down with getting hammered and not giving a single fuck about caloric intake if you really wanna tackle it properly.

As for us? Well, we were fortunate to have Robinson along for our ride. And, as we ate, we asked him about how he came up with the idea for this dish.

Give us the quick rundown of the ingredients list here.
I don't know the measurements because, as a chef, we don't measure anything here. Basically, it's just tots, a grainy mustard that we use — basically a creole mustard — and a stout gravy that we actually make with stout beer. Then we have our smoked pulled pork, which is smoked for nine hours so it’s nice and tender and juicy. Last, we cover it in cheese curds, melt it and put an over easy-egg right on top.

You told me earlier that it was inspired by poutine. What specifically did you take from that?
Poutine is basically potatoes, gravy and cheese. So we just added a few things — we sort of Texas-styled it. We put some pork in it and put an egg on top.

For people who haven't been here: Would you say that the rest of the menu sort of follows suit with this dish? Would you say you're mostly bar-oriented, as your menu goes?
It's kind of high-end bar food. We have our chicken wings and our burgers, but we also have fish, tuna, past and lamb. We try to go high-end and have some regular old bar food, too. 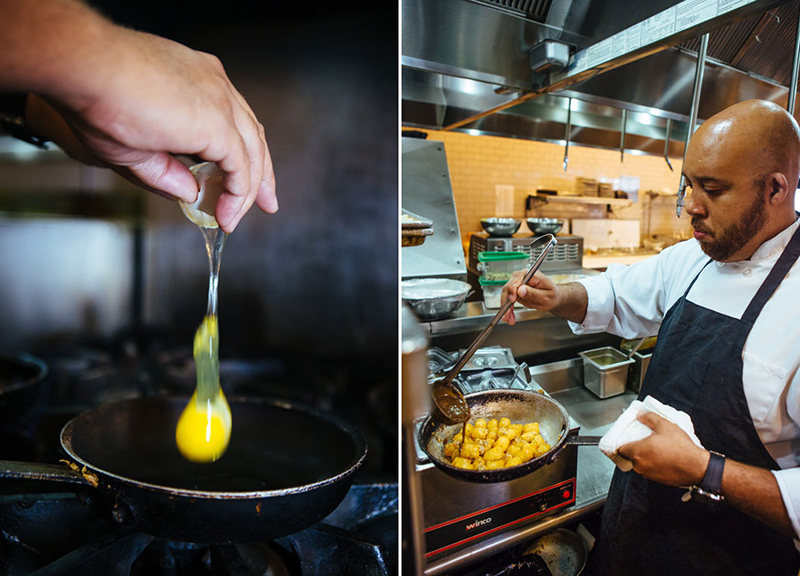 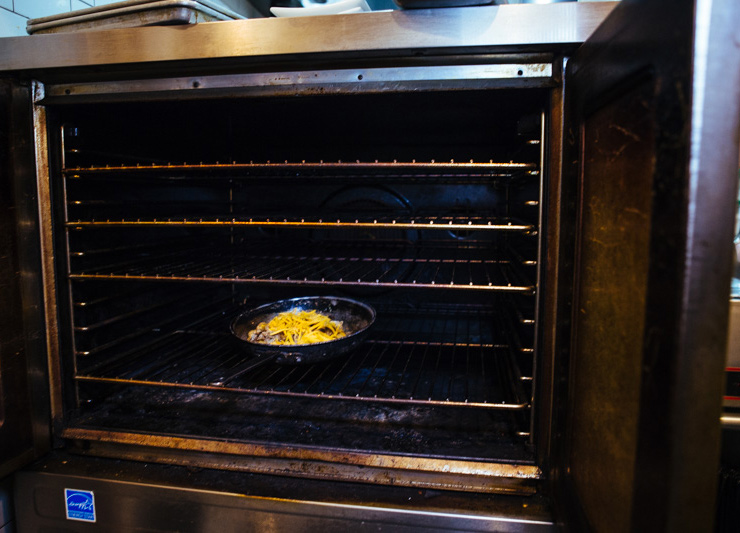 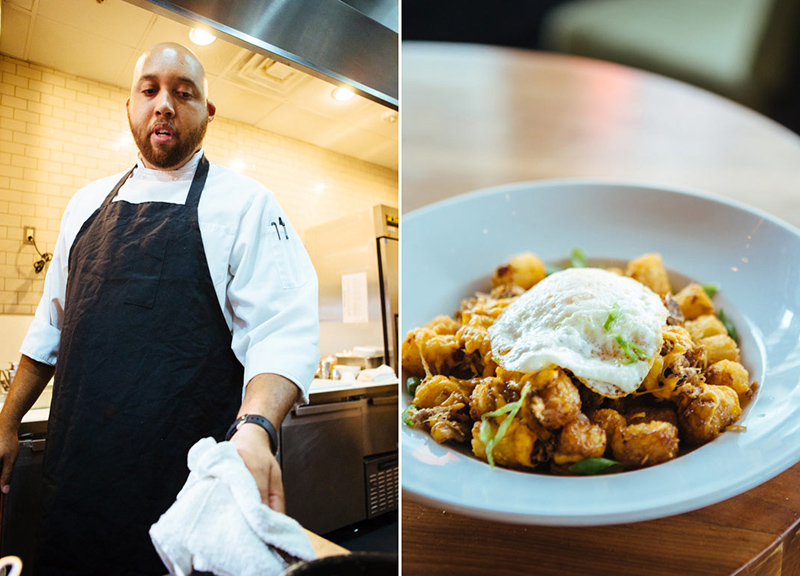 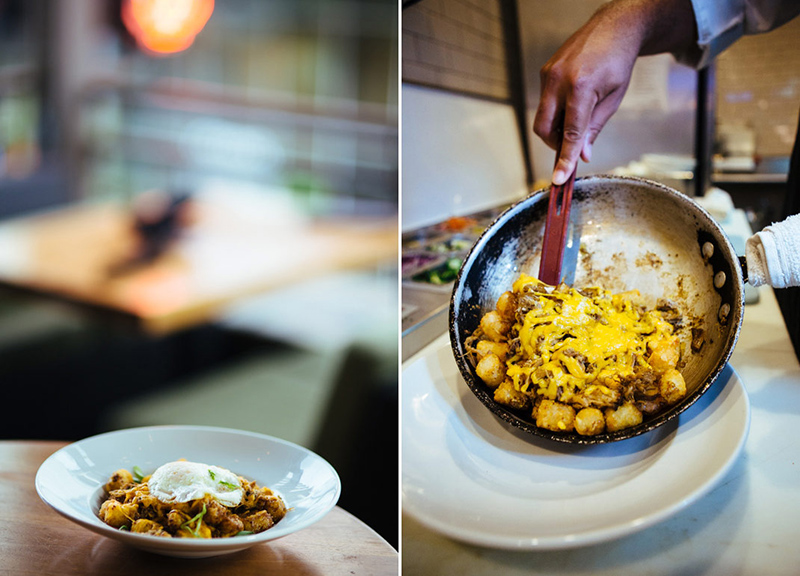 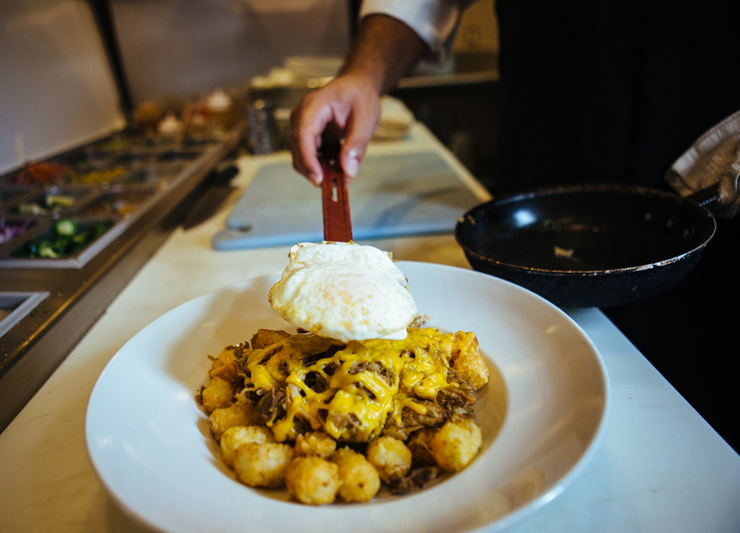 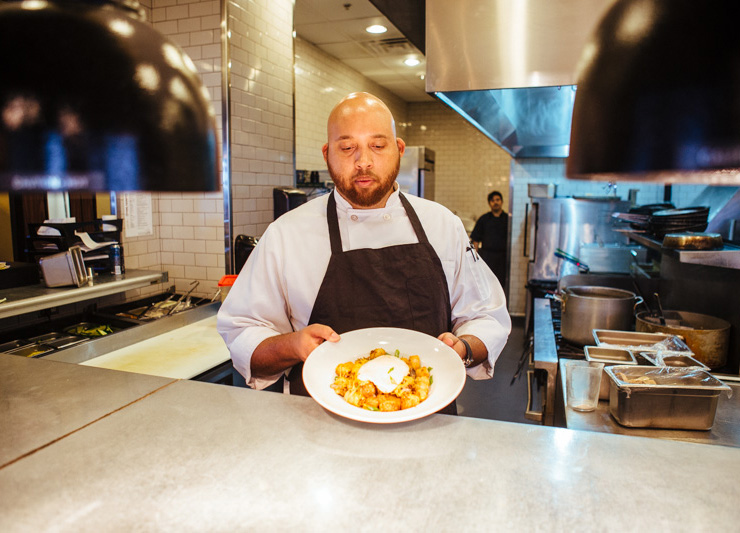 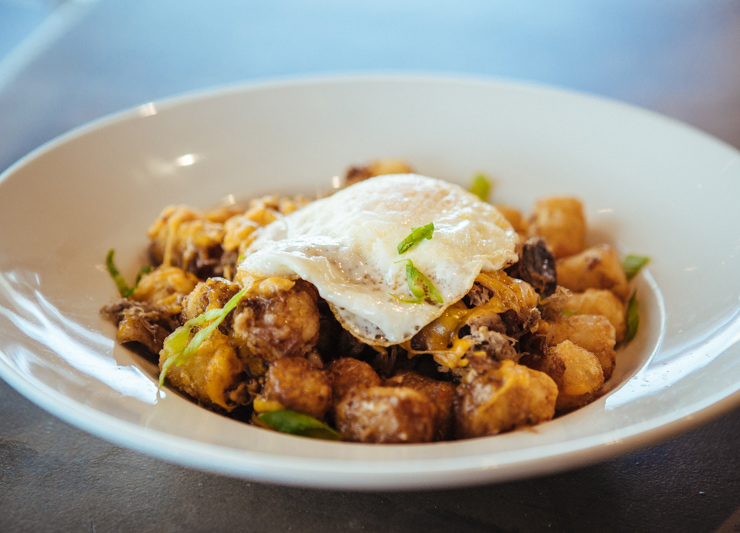 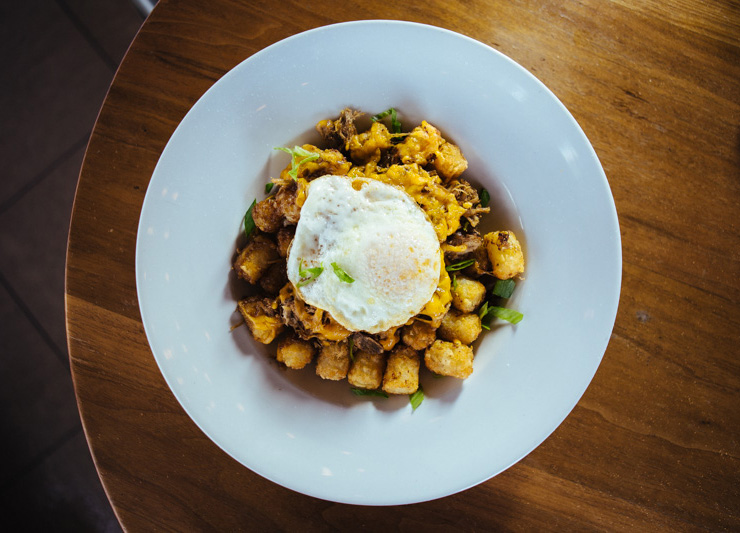 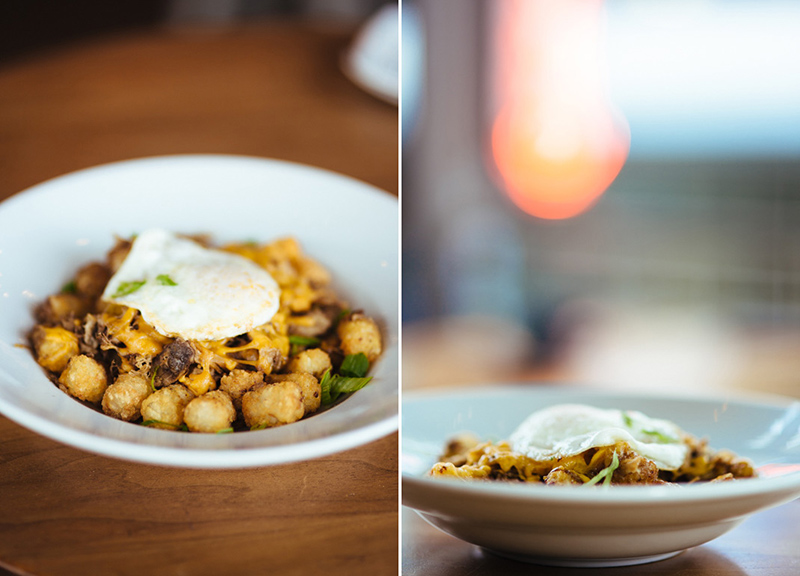 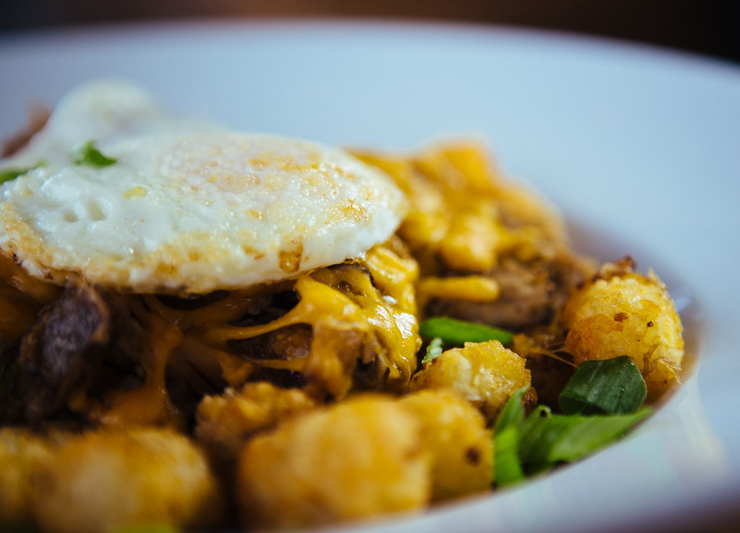