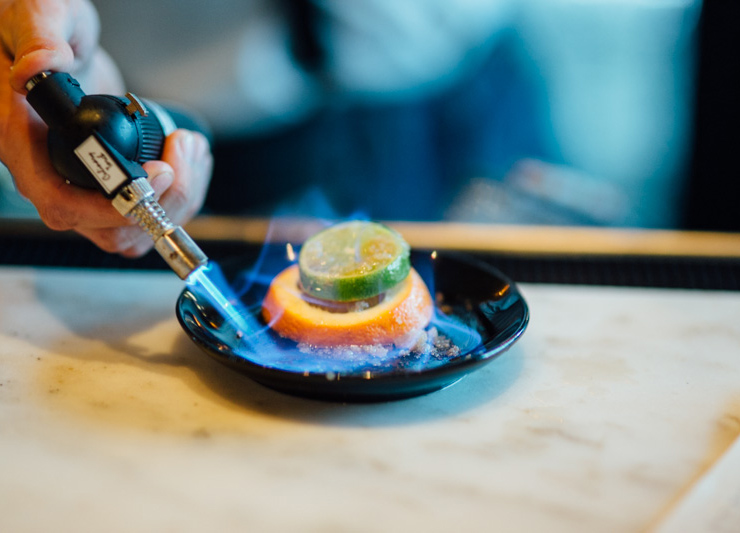 A Origin Kitchen + Bar, They Take Macaroni and Cheese and Then They Duck It Up.

Walking into the newly remodeled space of Origin Kitchen + Bar, you may be greeted by an uncommon camaraderie not usually seen in Uptown restaurants — or, really, many restaurants, in general.

During their slower hours, the staff can be wild and rambunctious, sharing profanity-laden jokes and jibing with each other while going about their duties. An example? OK: The employees call the strip that runs along the right side of the restaurant and is comprised of the kitchen and the bar, “the strip of awesome.”

The strip of awesome, I should note, is a new addition added during the recent redesign of Origin. Since graduating from a simple coffee shop with ready-made, health-conscious sandwiches to a full-blown restaurant and bar, the modest space the establishment occupies now fully suits its new needs.

The middle of the restaurant has been cleared, the kitchen and bar have been pushed to one side, and the booth seating has pushed opposite, with tables now occupying that middle space. The location is still small, which is pretty common along McKinney Avenue, but the new layout definitely allows the restaurant to hold a sizable crowd of brunchers or late-diners looking for little flavor to spice things up on the way to inevitable intoxication.

The kitchen is especially tight — about 12 feet long with 3 feet of traversable space between counters. Stovetops and two ovens are nestled against the wall, and cutting station face the dining space opposite them. The chef staff quickly becomes familiar with each other in this setting; it's pretty much inevitable that workers here are going to bump asses with one another while trying to maneuver about.

The bar takes up a similar space. Wooden shelves house liquors, and a metal shelf against the front window holds containers of spices, fruits and infused vodkas stewing for use in cocktails. Large metal bowls wait to be set alight with alcohol and flame, making a spectacle of the caramelization process.

No, Origin isn't really a coffee shop anymore — they still have their coffee machine, though, posted between rows of liquor — but the new bar and menu are definitely worth stopping in and checking out.

You'll see some familiar faces if you do, too. Origin's head barista, Jacob Boger, is still around. He's just now the bar manager. And, boy, can he make some pretty looking, great tasting drinks. Try a Bananas Foster's if inclined to sugar, or maybe a Paris, TX Mule if you're drawn to the simpler notes of a vodka cocktail. Both feature open flames in their crafting, which is always cool.

Meanwhile, the menu, though not quite as health conscious as it was in Origin's coffee house days, is built upon organic, grass fed, non-GMO, mostly locally grown foods. But the food can still venture into pretty unhealthy comfort food territory.

Which brings us to the Duckaroni.

As the name implies, this dish is a new, heartier spin on a classic. Adapted from a previous macaroni made during the coffee days of Origin, executive chef Scott Tobey has now turned it into something a bit more filling. Each bite of this dish makes you feel like you're gaining a substantial amount of weight, and the greasy cheese quickly coats your mouth with its flavor. The macaroni has a mixture of smoked Gouda, Parmesan cream and Maytag bleu cheeses melted all around it. The Gouda provides the iconic note of the dish, enveloping your delicate insides with smoky, heavy dairy. The bleu provides some extra weight to the mixture, forcing your taste buds to jump from note to note and your fork to search for areas that feature a slightly different balance of cheeses.

On top of all that, grass-fed duck rests, roasted and ready to provide a chewy, toasty-edged meatiness to a dish that might otherwise settle into the purgatory just-another-macaroni-dish. Together, the cheeses, pasta and duck combine into something that makes you wonder two things: 1.) Why the fuck doesn't all macaroni have duck with it, and 2) Is this seriously a dish that's categorized under the “shorts” options on the menu?

The dish is tasty, folks. But, more than that, the dish is filling. If ordering it, I suggest bringing some friends along to share it with and turning it into an appetizer. Otherwise, you just ordered macaroni and cheese for a meal. Just like a 12-year-old.

To get some insider info on this dish and the redesign of the Origin, we sat down with Tobey and asked him our above questions, plus some others.

What ingredient of the Duckaroni is your favorite?
I really like the smoked Gouda part of it. That's pretty much my favorite. The meatiness of the duck, too. It's just a comfort food. It's something everyone can relax to on a Tuesday or Wednesday night.

Is it most popular on those nights?
Oh, yeah. Those are the nights we sell the most comfort food in this place.

How many Duckaronis would you sell on one of those nights?
It’s anywhere from six to 10 on those nights.

Are people pretty receptive to the idea of duck being served in their macaroni and cheese?
Yeah. I think it's really just the cream and the cheese. We don't really need anything else in there — the macaroni or the duck. I guess it's Texas. They just want cheddared cream.

Where did you get the idea for the dish?
The chef that started here had met with the owners and they said they needed a mac-and-cheese dish, and I sort of changed it into what it is now.

Do you eat the dish?
I eat it when I have spares. Everything I eat is the slack or the spare of what we have in here.

Since the remodel, what kind of crowd are you getting in here?
A lot of fitness gurus. A lot of the yoga pants. Outside of that, we are getting the Uptown crowd. A little bit of the foody crowd is coming in. I've got people giving me fresh vegetables and supporting our concept.

How would you describe your concept?
I'm trying to pull everything from fresh, local purveyors — grass-fed beef, pastured eggs and chicken. All of our cheeses are coming out of Texas. It helps me get as close as possible to fresh, Texas grown food.

Where does the duck come from?
The duck comes from Kansas. It's a farm, but they don't hormone jack them.

Is the all-natural menu inspiration part of the remodel, or did you bring that in yourself?
That's always been the idea. It's just one of my main focuses. The main idea of this place was making healthy, good food.

It's pretty interesting that, between all the booze, you guys still have the coffee maker there. What made you keep that?
We couldn't ditch that one. [Our coffee sales] already had a client base that was enough to get us started. 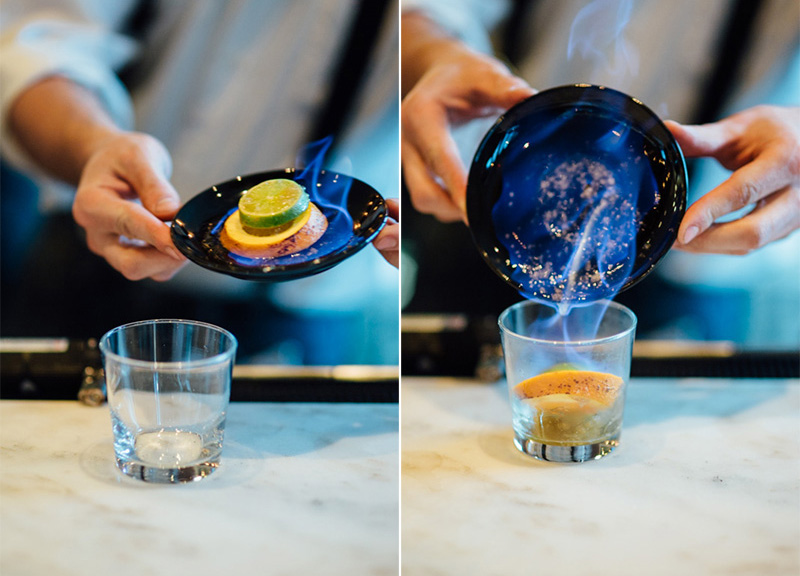 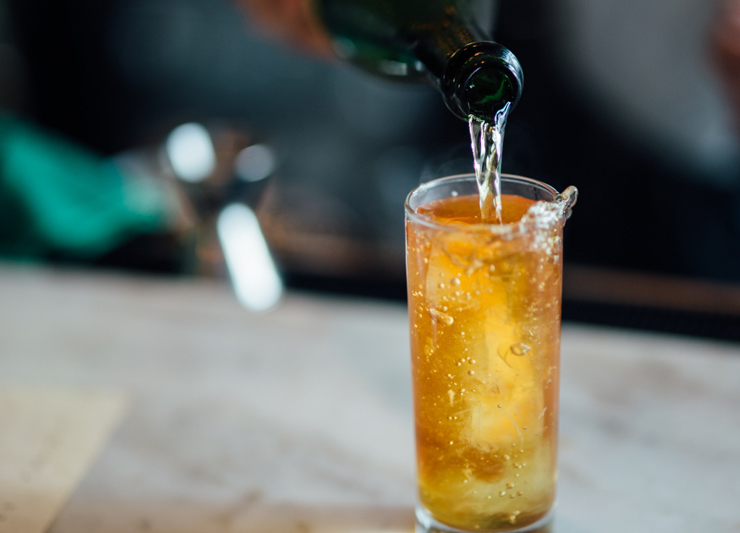 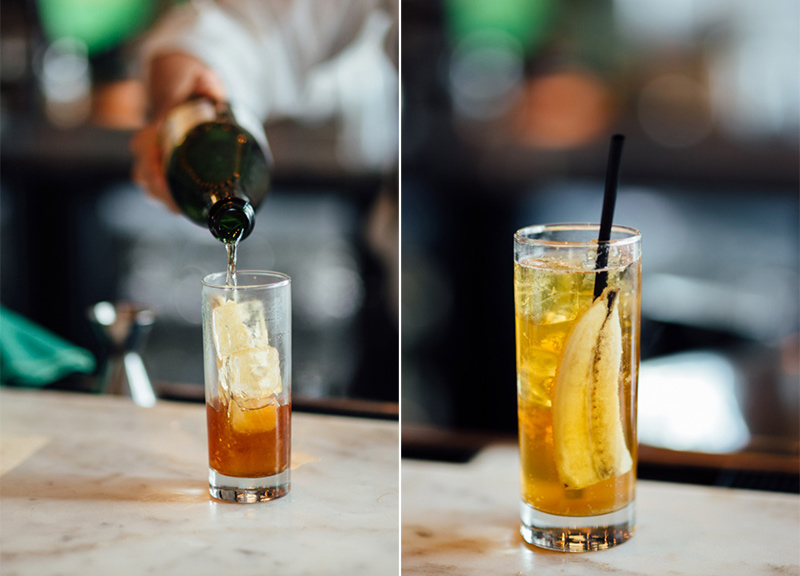 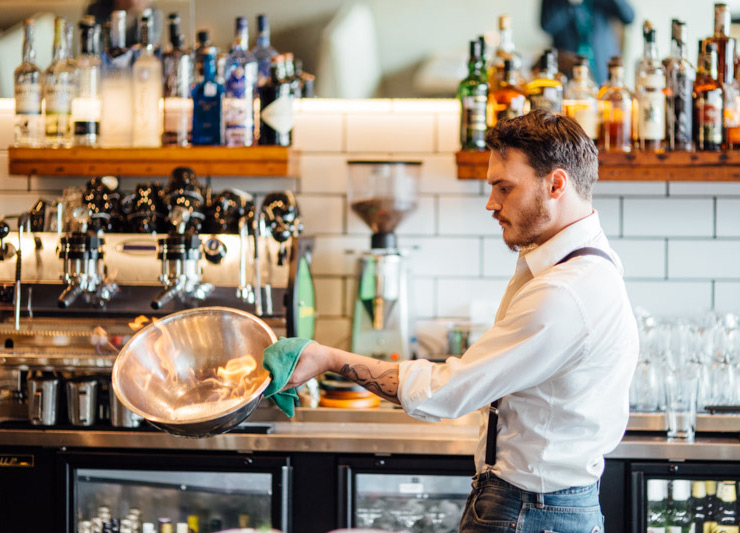 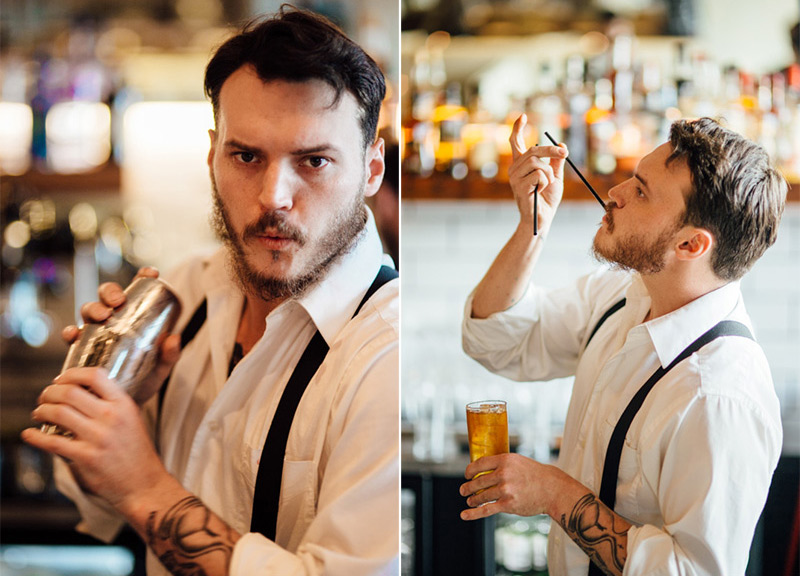 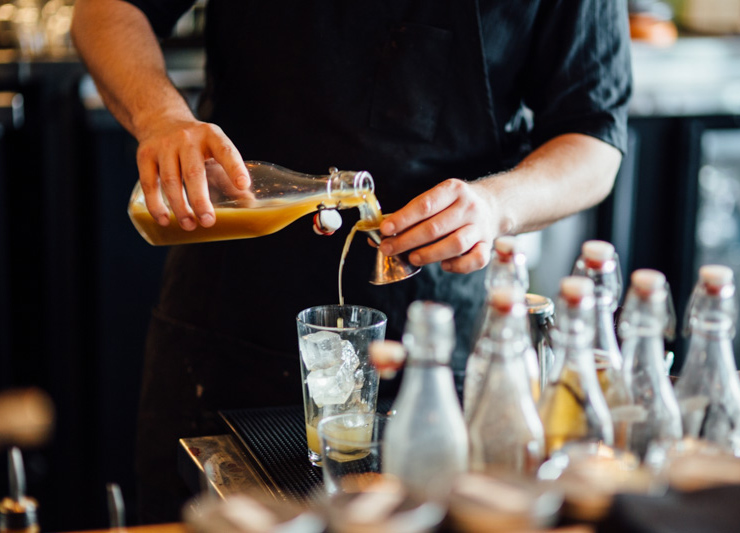 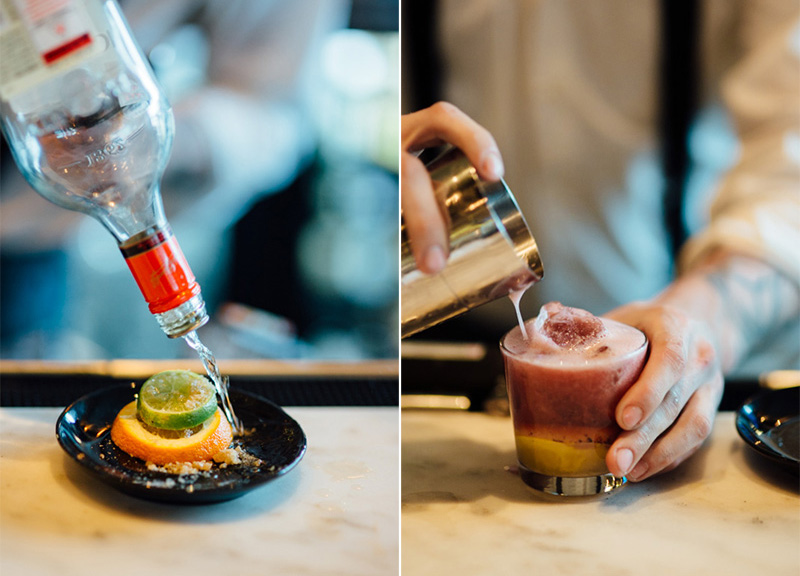 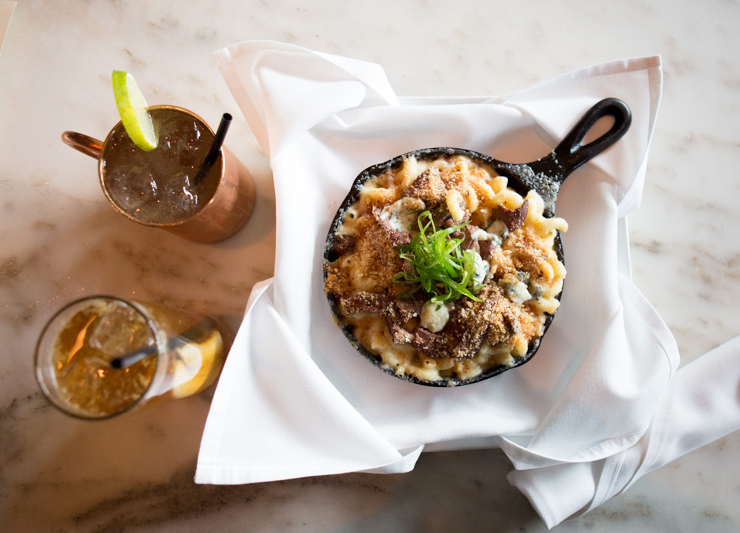 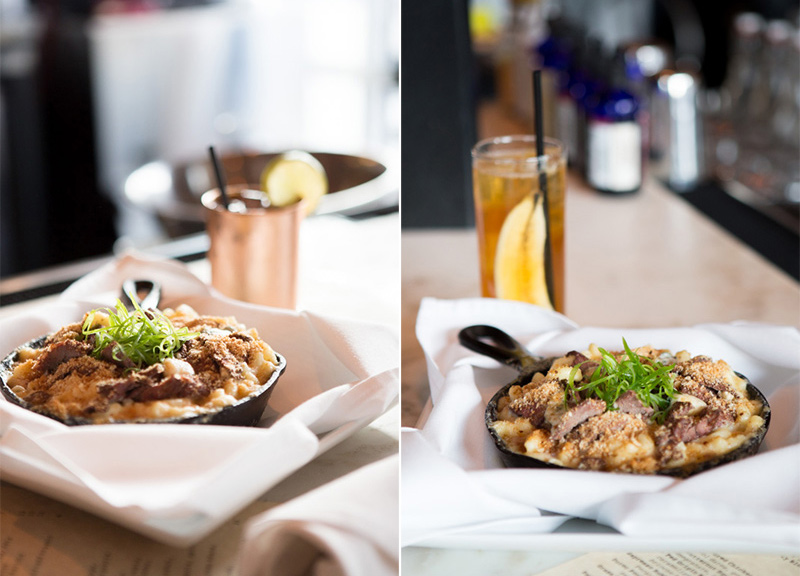 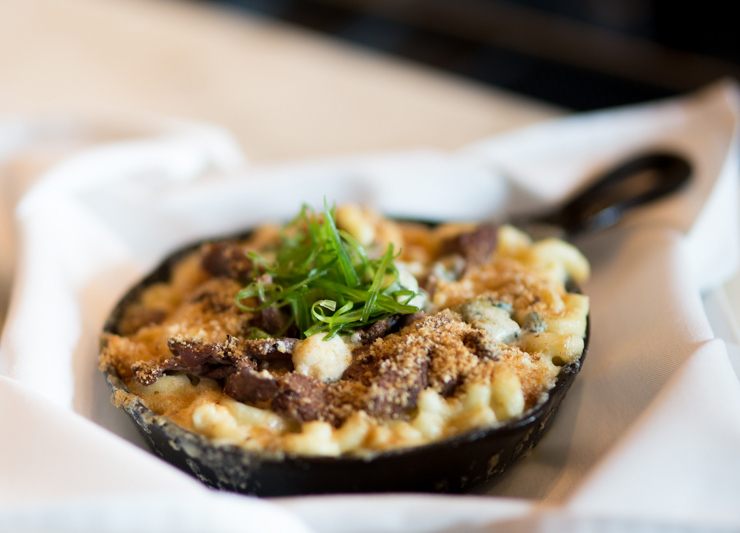 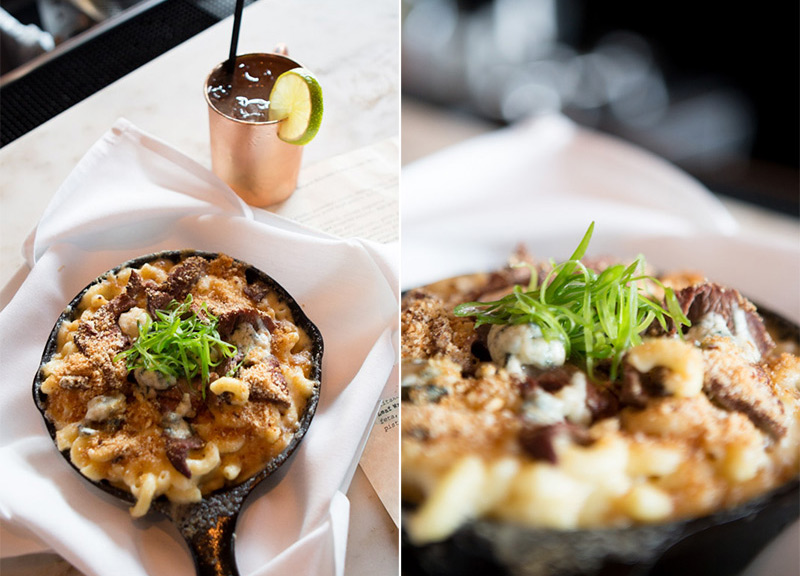 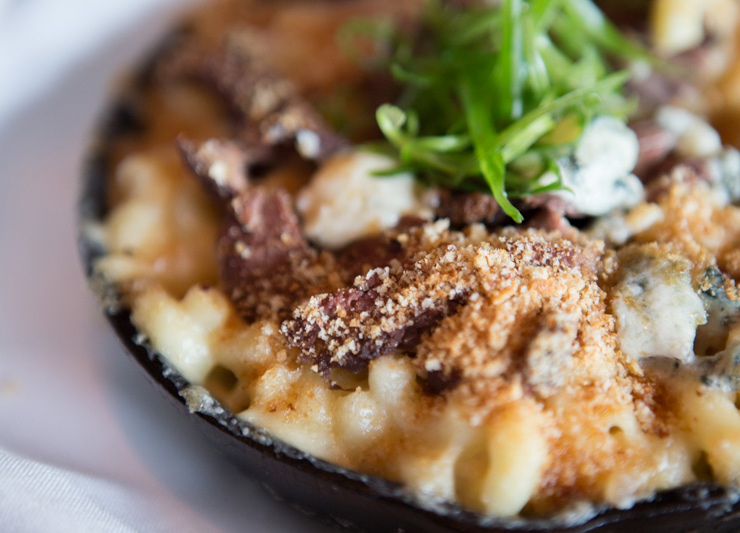 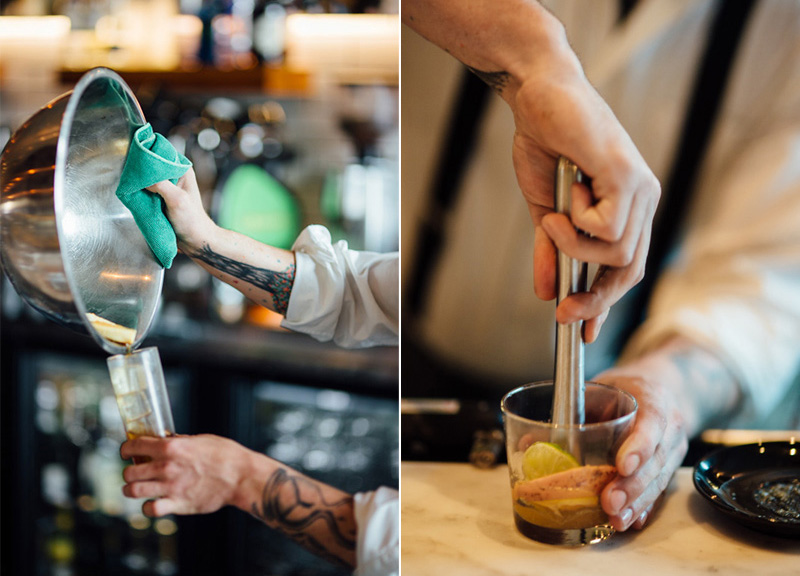 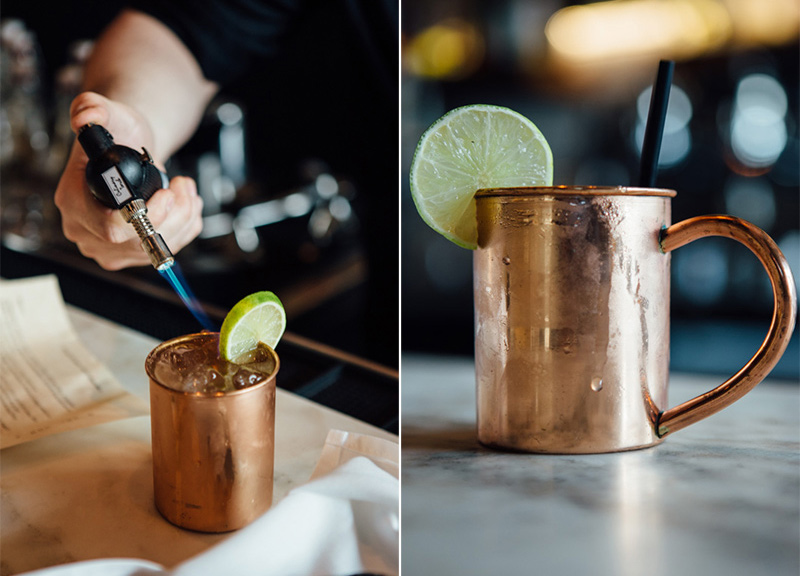 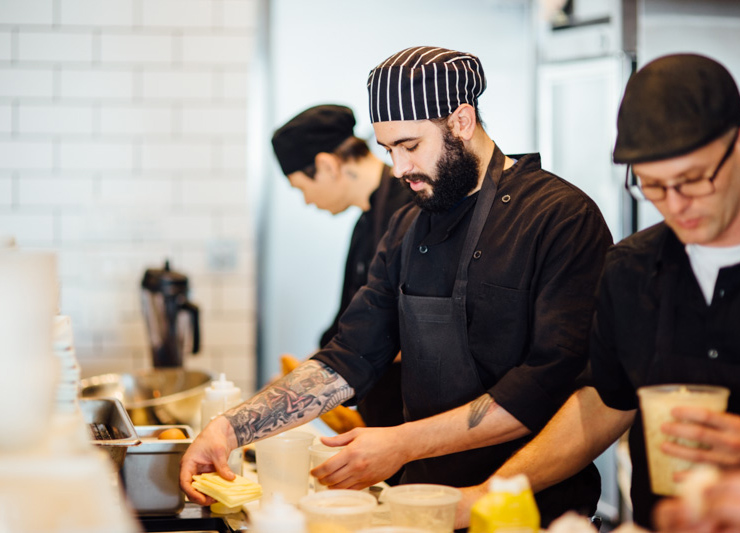 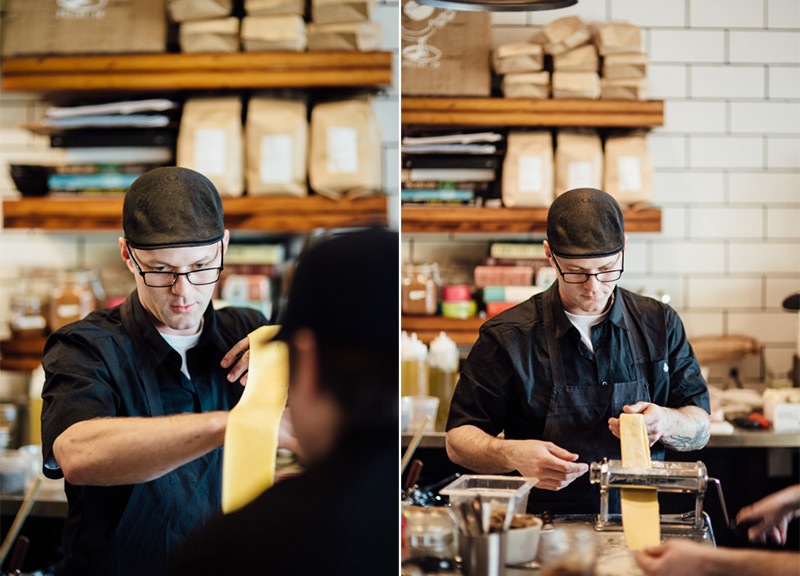 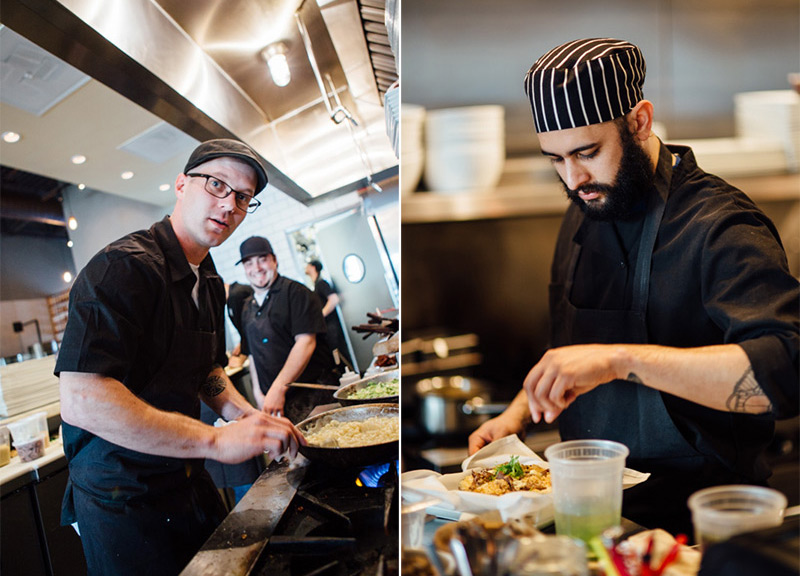 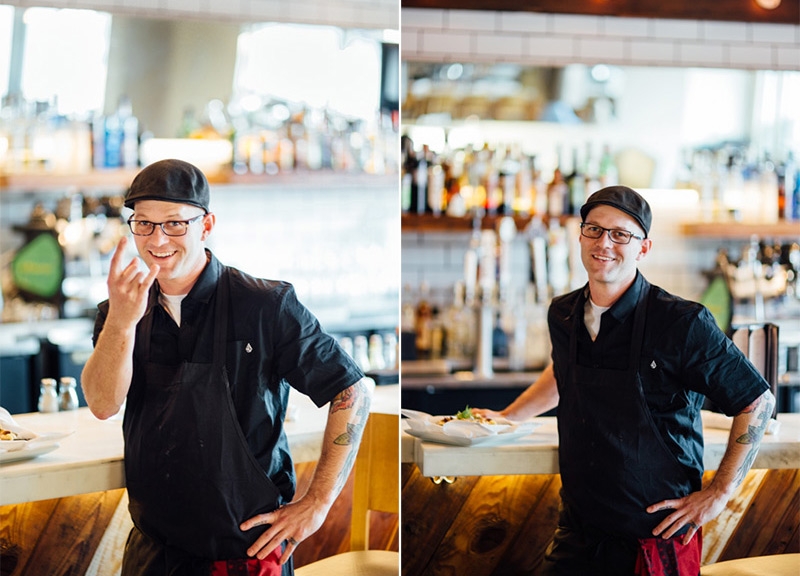