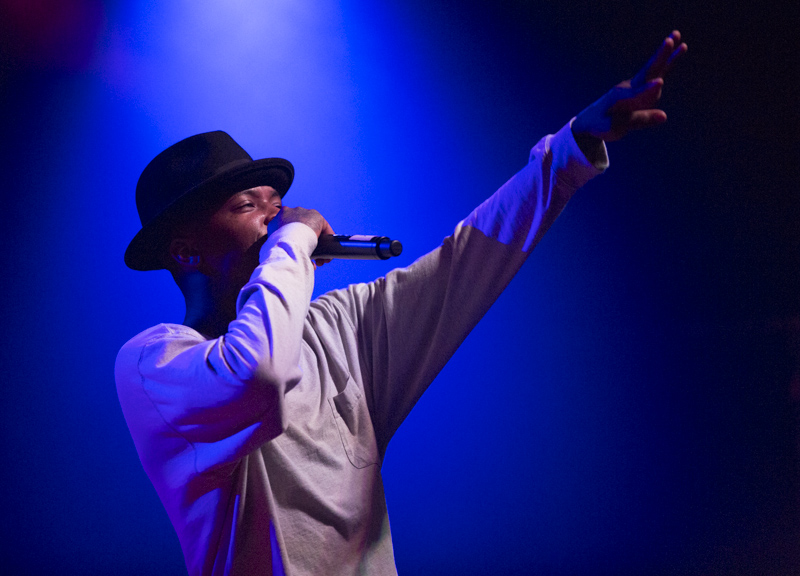 Last Night At South Side Ballroom, YG Put His Money Where His Mouth Is.

Last night, YG’s Fuck Donald Trump Tour made its way to Dallas’ South Side Music Hall. And just like the single for which it was named, the rapper didn’t hold back on stage at this show. And, really, coming just a day after some 80 million people tuned in to watch the Donald sniffle his was through the first of three presidential debates, the timing couldn’t have been any better.

Also worth noting: Rather than just spitting incindiary lines about politicians, YG also donated a dollar from every ticket purchased at this show to the families of victims of police brutality.

Violence is a big part of YG’s act, actually. Starting off the show with all the lights off, a recorded emergency phone call played in the background. Then some doctors wheeled YG out on a stretcher, from which he performed the very literal “Who Shot Me?” about an incident where he took a bullet while recording this year’s Still Brazy LP.

The scene was short, sure, but it set the tone for the theatrics of the evening and the semi-political tone of his most recent record. While performing other Still Brazy cuts, visuals of silhouetted dancing figures or a car driving past a strip of palm trees helped give the tracks in a more intimate and personal feel, adding a bit more meaning to the nights proceedings.

Elsewhere in the night, YG brought back openers Sad Boy, RJ and Kamaiyah to perform songs they’ve respectively done with the headliner. And the local support from StarMusic214 and Curtis Mayz gave the night an admirable opening.