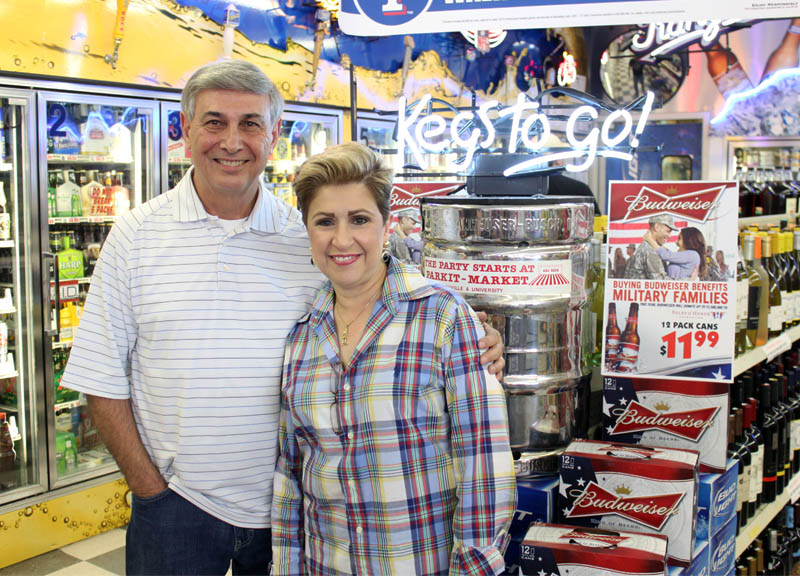 For 50 Years, Parkit Market Has Been Keeping Dallas Drunk.

In 1964, Tony Todora was just another student at Southern Methodist University. Up the road, though, his parents Frank and Ann were new business owners.

Two years earlier, they'd opened up the Parkit Market at 4724 Greenville Ave., back when Greenvillle was still a two-lane dirt road. The spot was originally meant to be nothing more than a food store, with Frank butchering up meats in the back room as Ann handled business up front. Those early days were pretty successful for the Todora family, Tony recalls.

“You didn't have Tom Thumb or Central Market back then,” Tony says, wistfully recalling those early days of his family's now 50-year-old store. “My dad was the one you went to when you wanted a fresh cut steak.”

Still, the scale of their business was a fairly small one. That changed, however, in 1964, when the Todora's embraced the new business model that they still follow to this day.

Tony's classmates at SMU are the ones to thank, really. They realized that the Todoras might be able to help them get their party on, and they began pestering Tony and his parents to help them secure kegs for co-ed mixers.

These days, Parkit Market is the largest keg distributor in Dallas. Their stated slogan, “The Party Starts Here!”, is a fitting one, indeed. Last week, the store was offering 770 different varieties of kegs. Granted, the sign on the wall on Friday only listed some 730 varieties. But that number, Tony says, is a tough one to track. Parkit Market adds so many beers so often, he says with a shrug, that it's hard to keep their list up to date.

And that's just on the keg front. Parkit Market also sells over 75 types of imported bottled beers. And, really, they can get their hands on just about anything booze-related you want. Immediately next to their main store, the Todora family also owns the PM Discount Liquors shop.

On the off chance that a customer comes in looking for something not in stock, Tony says, he and his family are usually able to acquire that item from area liquor reps within a few hours. When you've been in business for 50 years and you've run the SMU-area booze game for 48, reps tend to bend over backward at your requests.

And that's how it should be, Tony says. He says his family's goal is simply to give Dallas what they want — in the fastest, freshest manner, and with a smile on everyone's face.

Mostly, that means booze. As larger grocery chains began to move in around the Parkit Market, demand for the family's butchered meats went down. So the family did away with their butcher shop, they turned that part of the store into an all out deli.

The menu is basic but extensive — a hard balance to find. Ann, age 90, still makes all of the cold salads from scratch every day. Her egg salad is served up out of an old Tupperware dish with her name scribbled on the top in a marker.

“She just wants to make sure she gets her dishes back,” her sons says with a chuckle.

The deli is open from 7:30 a.m. to 10 p.m. every day. All sandwiches are all made to order by a Todora family member. Regulars usually know what they want; some have even had their long-standing specialty sandwich orders added to the permanent menu, much like the shop's popular pimento cheese and bacon sandwich, which came from the mind of a frequent patron.

On Friday, a couple in their mid-20s walked in and each ordered a $3 bologna and cheese sandwich on white bread. Thriftier shoppers would argue that, for that price, the couple could have simply bought a loaf of bread, some bologna and some cheese, and made 10 sandwiches on their own.

But as the couple picked up their order from the deli, they openly admitted that doing so wouldn't be the same.

“There's just something about Parkit Market,” they offer with a shrug.

It's not like the store's secret to success is some huge mystery, though.

No, Parkit Market may not be the butcher and food shop it set out to be when it opened 50 years ago. And, yes, even Tony acknowledges that most people in town recognize his family's store as the go-to spot for loading up booze before the Greenville Ave. St Patrick's Day Parade each year.

The Todora family has simply achieved their goal of keeping Dallas pleased by responding to their customer's demands.

And, OK, a little bit by keeping them good and drunk, too. 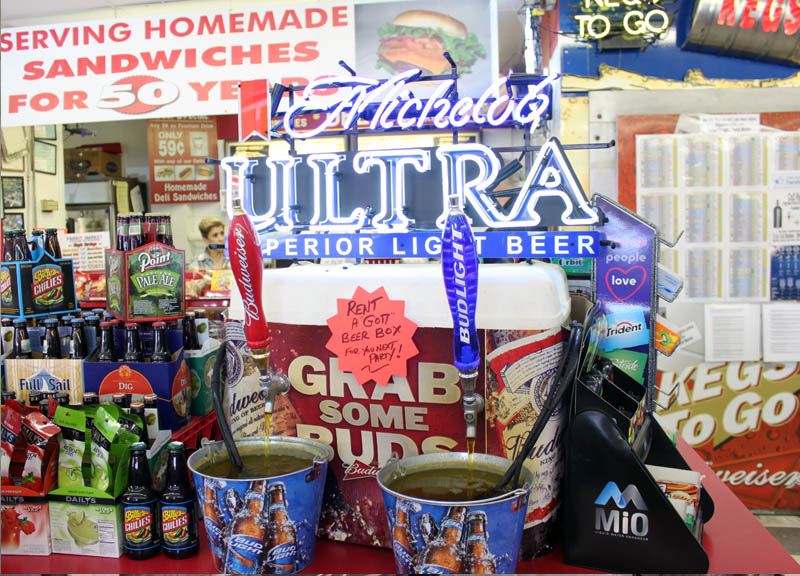 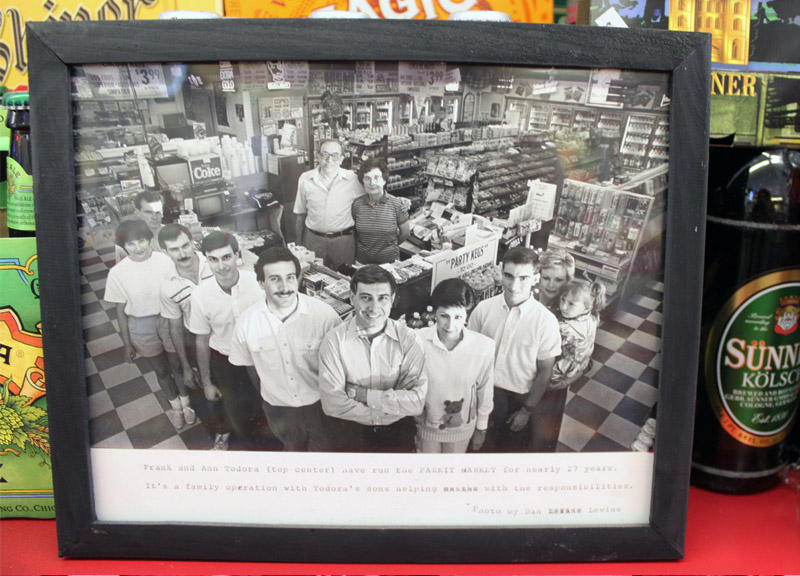 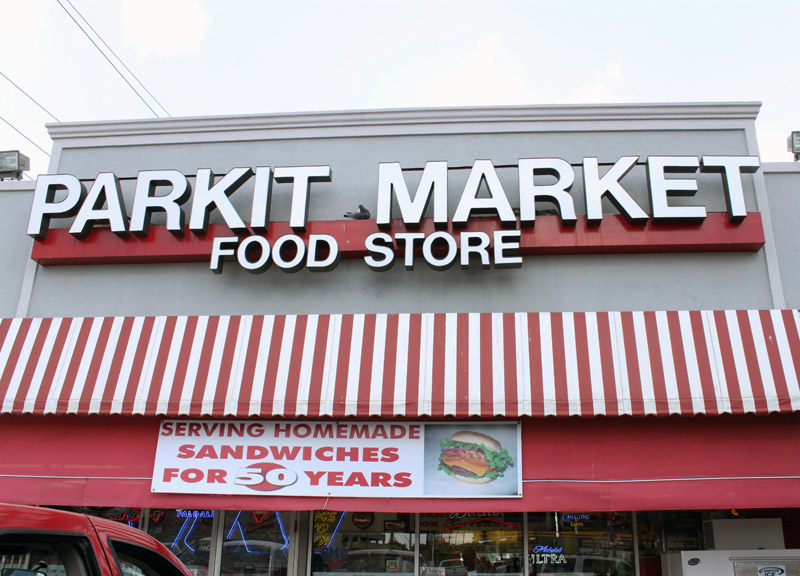 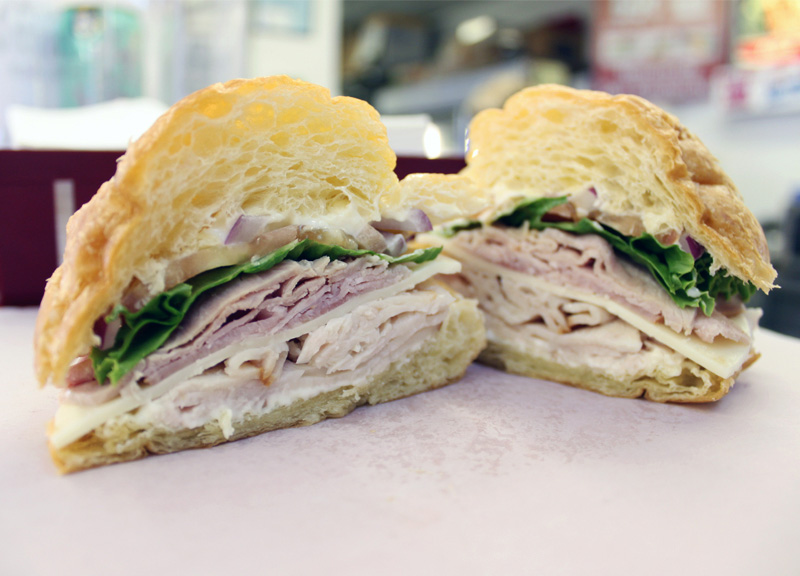 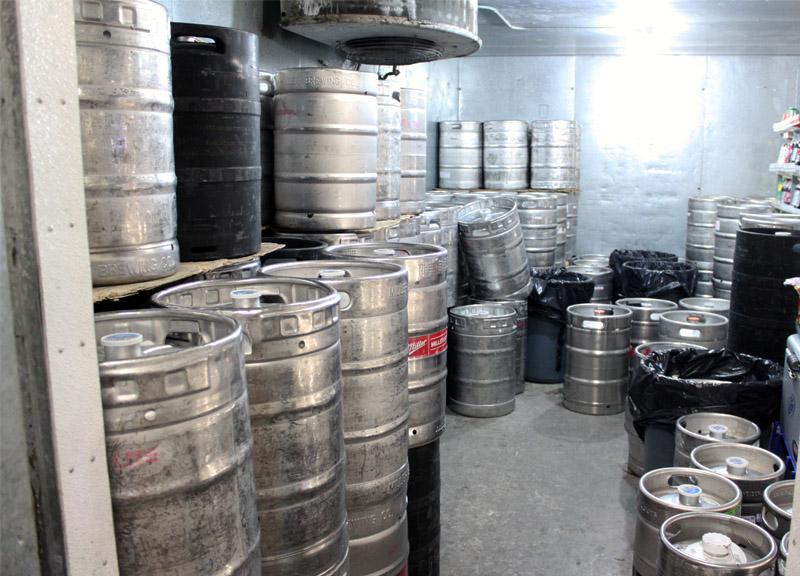