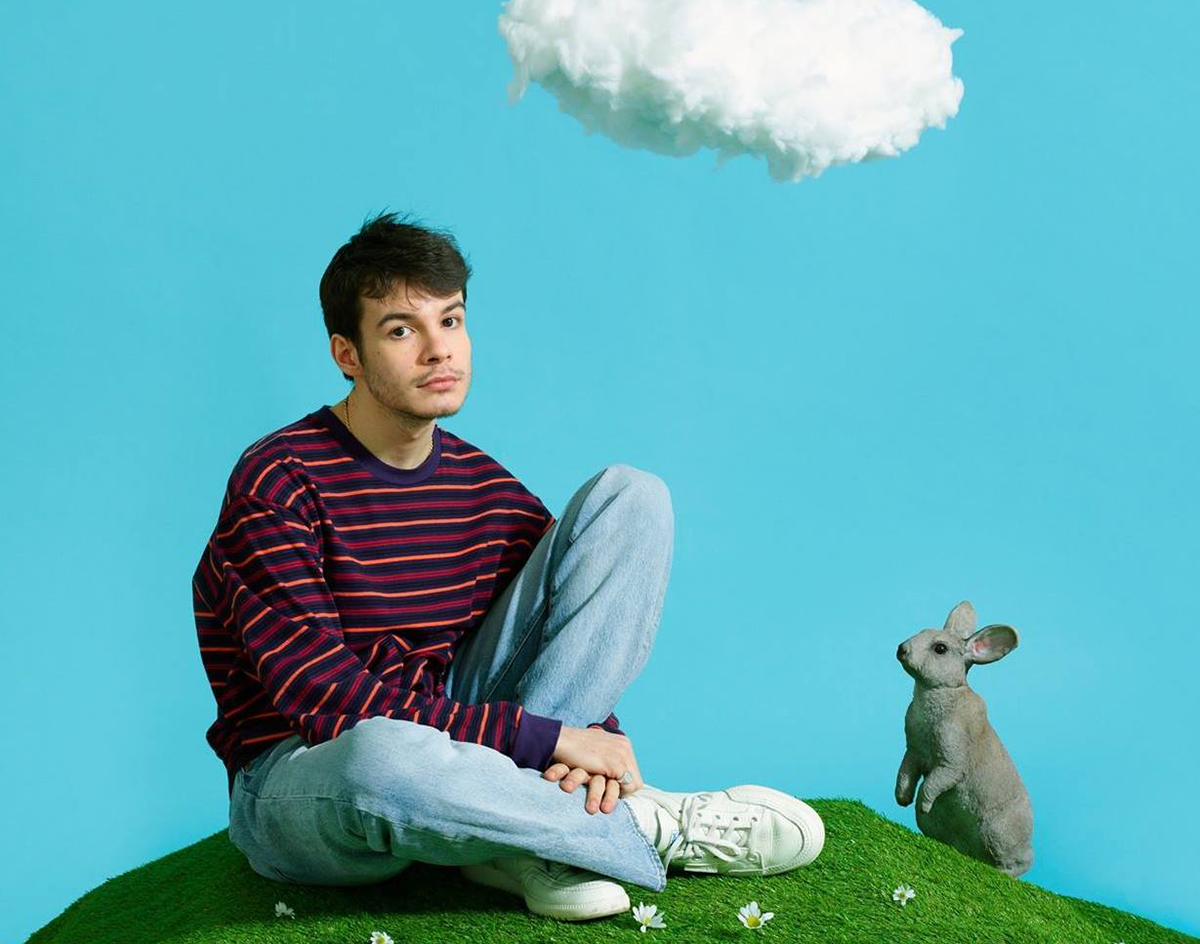 Also Among This Week’s Upcoming Dallas-Area Shows You Should Know: Freddie Gibbs, Kenny Chesney, Chastity Belt, Tim & Eric And So Much More.

Rapper Tekashi 6ix9ine has been attracting an entire cavalcade of press and has become quite a fixture in meme culture on account of his tendency to squeal during court proceedings. These tweets should give you a good sense of what we’re talking about:

Shaggy 6ix9ine
it wasn’t me yes it was pic.twitter.com/7rDDIAmEk6

Given the publicity 6ix9ine has received in the wake of this trial, many analysts predict that he will enroll in the Witness Protection Program. While that may be his best bet of surviving, the “69” tattoo that covers a fraction of his face may be a bit too distinctive for someone trying to keep a low profile, and as a tattoo removal specialist told Complex, the process of getting that removed can take up to a year.

Of course, many of us have tattoos and don’t ever have to worry about getting them removed, and that’s because most of us have no problem with going out in public. If you want to flex on 6ix9ine and put yourself out in the open, go to any one of these freshly-announced shows, where you won’t get beaten or killed by gang members for snitching.

Torche
Thursday, November 7 at Rubber Gloves
On sale now.
Miami sludge metal band Torche has been at it for 15 years now, and within this stretch, has gone through a handful of lineup changes and toured with Boris, Converge, Coheed and Cambria and High on Fire. The four-piece just dropped its fifth LP Admission via Relapse Records, and will even be doing a string of dates with Pinkish Black and SRSQ (neither of which will be on this particular leg, unfortunately.)

Peelander-Z
Saturday, November 16 at Dan’s Silverleaf
On sale now.
If Greta Thunberg doesn’t end up saving our planet, this may be one of the last times this punk quartet makes the trek from Planet Peelander to pay us a visit.

Freddie Gibbs
Sunday, December 1 at Trees
On sale Friday, September 27 at 10 a.m.
Gary, Indiana rapper Freddie Gibbs is perhaps best known for his collaborations with producer (and 50% of MF Doom) Madlib. Back in June, the duo released its second album Bandana to critical acclaim. And fun fact: Madlib made the beats with his GarageBand app on his iPad, because he’s just that great of a producer.

Show Me the Body
Monday, December 9 at Club Dada
On sale now.
Show Me the Body will be touring with Daughters and HEALTH later this year, and while that tour is unfortunately not making a DFW stop, beggars can’t be choosers or something like that.

Flatland Cavalry
Sunday, December 22 at House of Blues
On sale Friday, September 27 at 10 a.m.
These guys are incredibly tight with Josh Abbott, so do with that what you will.

Queensryche
Saturday, January 25 at House of Blues
On sale Friday, September 27 at 10 a.m.
The band that is masquerading as Queensryche these days seems to play House of Blues at least once a year. If Geoff Tate’s absence isn’t a dealbreaker, here’s one of many chances to see them.

Maldita Vecindad
Friday, January 31 at Bomb Factory
On sale Friday, September 27 at 10 a.m.
Maldita Vecindad (Spanish for “The Damned Neighborhood”) is a Mexico City rock band that is heavily influenced by ska music. Don’t let that deter you though, think good kind like The Skatalites and Toots and the Maytals, not Reel Big Fish and Mighty Mighty Bosstones.

Miranda Lambert
Saturday, February 8 at American Airlines Center
On sale Friday, September 27 at 10 a.m.
2003 was a weird time. The U.S. invaded Iraq, the Wachowski sisters released two Matrix movies (only one of which was good) and among a wave of singing competition reality shows that sprouted following American Idol’s success stood one show on USA titled Nashville Star. Lindale resident Miranda Lambert competed on the show’s first season, only to score third place. Sure, she may have gone on to win Grammys, become multiplatinum and take up considerable real estate on the Billboard charts, but the judges decided to go with Buddy Jewell instead, with full confidence that their decision would age well.

Dermot Kennedy
Tuesday, February 11 at South Side Ballroom
On sale Friday, September 27 at 10 a.m.
The folk singer-songwriter behind the hit single “Outnumbered” will be releasing his debut album Without Fear in a couple weeks via Interscope Records. This guy is a big deal in the UK, and judging by the size of the Dallas venue he’s playing, he’s got quite a following in the States as well.

Rex Orange County
Friday, February 21 at Bomb Factory
On sale Friday, September 27 at 10 a.m.
English singer-songwriter Alexander O’Connor (a.k.a. Rex Orange County) achieved his big break when Tyler, the Creator commissioned him to contribute to his album Flower Boy. The rest is history.

Metronomy
Tuesday, February 25 at Canton Hall
On sale Friday, February 27 at 10 a.m.
Earlier this month, Metronomy released its sixth studio album Metronomy Forever. There will be a spring tour in support of this album, and this run will make its way through Canton Hall in late February. This will be the “indietronica” band’s first Dallas show since 2014, when they played Trees with Dawn Golden.

Kenny Chesney
Saturday, April 18 at AT&T Stadium
On sale Friday, October 4 at 10 a.m.
Last time Kenny Chesney played AT&T Stadium, it was because he was performing alongside George Strait at his retirement party. Sure, naming your tour “Chillaxification 2020” is the most Kenny Chesney thing ever, and yes, “She Thinks My Tractor’s Sexy” is pretty god awful, but the dude’s earned his stripes. You have to give it to him.

Adam Ant
Tuesday, April 28 at Majestic Theatre
On sale Friday, September 27 at 10 a.m.
Is Adam Ant coasting through time with his legacy? Sure, but when you start a band as influential as Adam and the Ants, you can kind of get away with it.

Sinbad
Friday, May 1 at House of Blues
On sale Friday, September 27 at 10 a.m.
No word on whether the staple ‘90s comedian will go to “Dan’s silver lead” before the show.

The Beach Boys
Friday, May 1 at WinStar
On sale now.