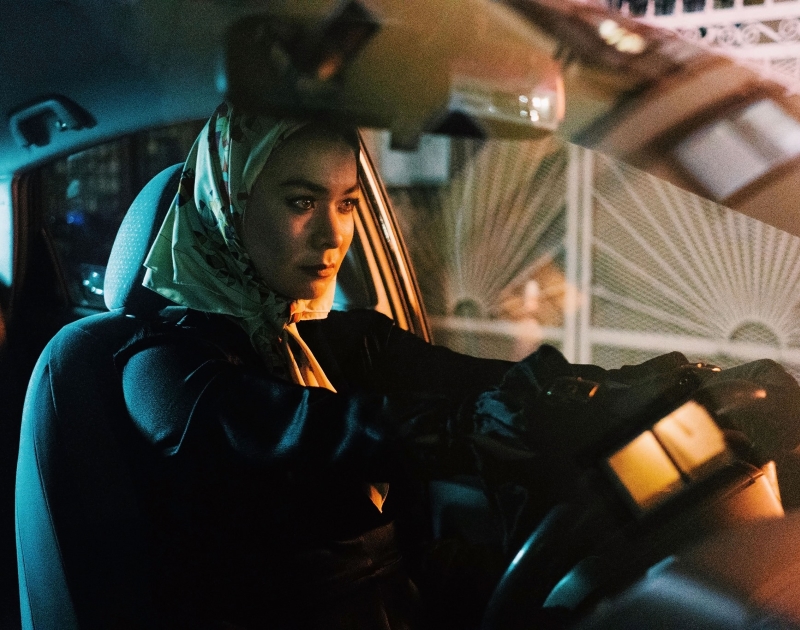 Remember Myspace? Of course you do. You almost certainly also went through an emo phase and learned coding because you were sick of going to HotFreeLayouts.com like a normie.

Well, turns out, the music platform that launched many careers in the entertainment industry this week reportedly lost over 50 million songs uploaded by 14 million artists between 2003 and 2015. Instead of removing those embarrassing pictures some of us posted back when we knew the Soulja Boy dance by heart — OK, maybe that was just me — Myspace went and decided to remove some of the media that we actually wanted to keep backed up.

We still have over 30 million songs to choose from on Spotify — and, in our lifetime, we will only listen to a fraction of a fraction of a percentage of what exists in that deluge of music history alone. So, sure, maybe all the music uploaded onto Myspace will disappear into the lowest echelon of obscurity for the rest of our lives. But it’s not like our lives will be any different because of it.

Besides, we’re fortunate enough to experience music history in a live setting. Which is why we devote this weekly segment to highlighting just a handful of many concert announcements in DFW.

Chief Keef
Sunday, April 28, at Gas Monkey Live
On sale now.
Rappers such as Lil Uzi Vert, Playboi Carti, Smokepurpp, XXXTentacion and Juice WRLD take on (or in X’s case, have taken on) a style that stems from Chief Keef’s, a quality which has earned him pioneer status along with Gucci Mane, Future and Lil Wayne.

L7
Thursday, May 16, at Trees
On sale now.
Los Angeles punk legends L7 are back and are slated to release Scatter the Rats, their first album in 20 years, on May 3 of this year via Joan Jett’s Blackheart Records. Just don’t throw mud at them when you see them.

Kevin Garrett
Tuesday, May 28, at Deep Ellum Art Co.
On sale now.
Kevin Garrett once played The Prophet Bar to a crowd of 30 people when he opened for Mitski. About a year or so later, he returned to the same venue and sold out. Now he returns to a slightly larger venue for a show that will likely sell out this time around also. And speaking of Mitski…

Mitski
Sunday, June 2, at Canton Hall
On sale Friday, March 22, at 10 a.m.
She sold out every date on her last tour, including six consecutive nights at the 1,800-cap Brooklyn Steel in New York City. Her last show at Trees sold out over two months in advance. So it would be wise to not sleep on this.

No Vacation
Friday, June 7, at Three Links
On sale now.
Topshelf Records alumni No Vacation have played Dallas twice – first at Deep Ellum Art Co with Hot Flash Heat Wave, and most recently at Trees with SALES. The San Francisco indie pop band’s third Dallas appearance will be their first as headliners, and it will probably be the last time they play a venue this small.

Geographer
Friday, June 14, at Dada
On sale now.
You may notice on this dude’s Wikipedia page that St. Vincent is listed as an associated act, but according to Mike Deni himself, his old cellist was in Annie Clark’s band before she even became St. Vincent. So that’s how tough of a sell this project probably is.

Remo Drive
Thursday, June 20, at Dada
On sale now.
Minnesota emo outfit Remo Drive developed a strong underground following over the years, and have achieved even more notoriety last year after signing onto Epitaph Records and touring with the likes of Saves the Day and Sorority Noise. Last week, they released an EP titled Pop Music, and will probably hit us with more releases in the not-too-distant future.

Nick Offerman
Saturday, July 20, at WinStar World Casino and Resort
On sale Friday, March 22, at noon.
The woodwork enthusiast and famed comedian most notable for playing Ron Swanson on Parks and Recreation returns to WinStar, likely to show off both of his talents. Offerman, by the way, is a fan of Brooklyn-via-Denton accordionist Corn Mo and has brought him on tour in the U.S. and Australia. That probably will not happen this time around, but one can dream.

Chloe Moriondo
Sunday, August 18, at Dada
On sale now.
Chloe Moriondo is a Michigan-based singer-songwriter who achieved fame via YouTube in playing originals and covers on a ukulele. The future is now, old man.

Black Flag
Saturday, September 14, at Gas Monkey Bar N’ Grill
On sale now.
Greg Ginn only reunited the current incarnation of Black Flag as a middle finger to Keith Morris. If you want to see the spite project of a 64-year-old stoner that lives in Taylor, Texas, look no further. If you’re looking to rekindle Black Flag’s glory days, well, just stay home and listen to My War.

Squeeze
Thursday, September 19, at The Bomb Factory
On sale Friday, March 22, at 10 a.m.
The British new wave band will embark on their “Difford and Tilbrook Songbook” tour this fall and play cuts from their golden age, as well as solo songs from the aforementioned frontmen. The tour includes a rare Dallas appearance at The Bomb Factory.

Boyz II Men
Saturday, September 28, at Choctaw Casino
On sale now.
Remember that Fresh Prince of Bel-Air episode where Will promises Nicky that he will book Boyz II Men for his christening? Imagine if that took place 20 years later, and instead of playing at a six-year-old’s christening, they performed at a casino in Durant.

The Black Keys & Modest Mouse
Thursday, November 14, at Dickies Arena
On sale Friday, March 22, at 10 a.m.
Did you know that The Black Keys’ “Everlasting Light” sounds exactly like T. Rex’s “Mambo Sun?” That’s another rant for another day, but the duo deserves credit – they’ve paid their dues and have spent years cutting their teeth in clubs, and their gradual rise to success came with gallons of sweat and elbow grease. Anyway, they’re hitting the road with indie juggernaut Modest Mouse, and bringing along with them the doo-wop influenced garage rock outfit Shannon & The Clams. Following an earlier-announced George Strait booking for this new Fort Worth venue, this is the second show to be announced as happening at the soon-to-open Dickies Arena. So, y’know, it’s pretty dope for that reason as well.