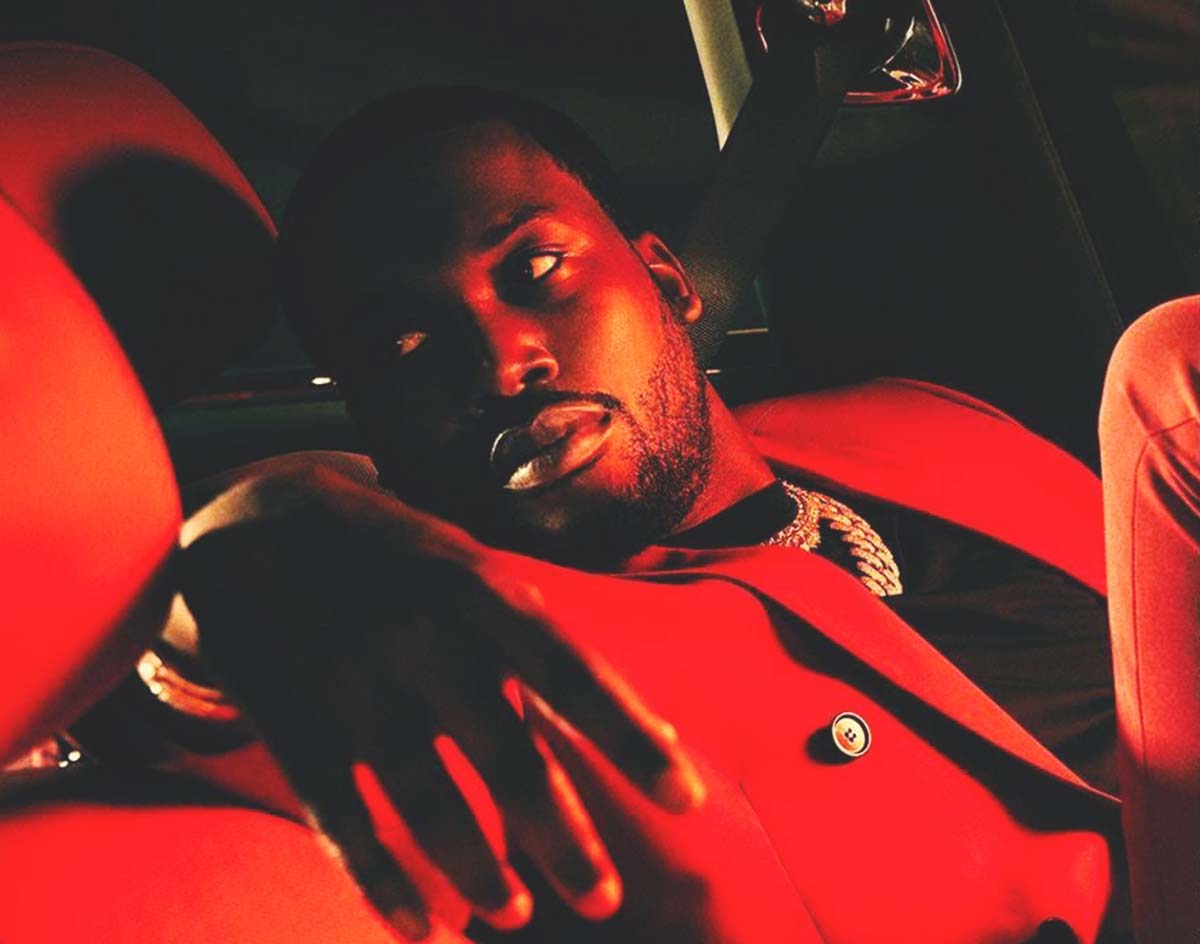 Also Among This Week’s Upcoming Dallas-Area Shows You Should Know: Dillon Francis, Snow Patrol And George Strait (To Name A Few).

Welcome to Just Announced, our weekly rundown of the top shows that have been freshly announced as coming to our region at some point in the not-too-distant future. Curious about all the previously announced upcoming gigs that you may have missed out on because you’re new to this column? Check the archives — and then remember to never again make the mistake of missing this regular, recurring column again.

As the Greek philosopher Anonymous once said, “Beggars can’t be choosers.”

Apropos to this? The recent North American Spring/Summer 2019 tour announcement from The Rolling Stones, who decided this time around to skip Dallas and instead play Houston.

Look, we get it. The Stones played AT&T Stadium in June 2015, and we were incredibly lucky for that.

But Mick Jagger and Keith Richards are coming to Texas, and we won’t get to see them play? What gives? Listen, there’s a pretty solid chance that these seventysomethings, who have taken enough drugs in their lifetime to kill a herd of buffalo, will never tour again after this 2019 trip through the states, making that 2015 Arlington stop their last Dallas-area show ever.

There are all sorts of reasons why the Stones shouldn’t skip Dallas on tour. We’re the seventh-largest metropolitan area in the United States, dammit! We’re one of the largest media markets in the country! And we have a thriving music and arts scene here!

My point is this: There’s a reason why we’re able to fill this weekly feature with announcements every week. It’s because most artists enjoy coming here.

Here’s a list of the most recent crop of said acts to look at while you ponder whether it’s worth a trip to Houston in 2019 to watch Mick and Keith bring it one more time.

Dillon Francis + Alison Wonderland
Thursday, February 7, at South Side Ballroom
On sale Friday, November 30, at 10 a.m.
Moombahton pioneer Dillon Francis and electropop sensation Alison Wonderland are co-headlining this stacked touring package early next year, which follows the releases of their respective 2018 full-length albums Wut Wut and Awake. They even dropped this promo video to accompany the announcement, which aptly displays the chemistry the two EDM artists share.


Soccer Mommy
Thursday, February 7, at Club Dada
On sale now.
Sophie Allison dropped out of NYU in 2017 to more seriously pursue her music career under the name Soccer Mommy. The results have been fruitful this year alone. In March, she released her debut album Clean on Fat Possum, and subsequently found herself touring with such acts as Kacey Musgraves, Paramore, Foster the People, Stephen Malkmus & The Jicks, Liz Phair, Phoebe Bridgers and Speedy Ortiz. Again, this all happened this year. The Nashville singer-songwriter returns to Dallas at Club Dada as part of a headlining tour. Hovvdy and Motiongazer open.

Sinbad
Friday, February 8, at House of Blues
On sale Friday, November 30, at 10 a.m.
The poster child of The Mandela Effect and star of such ’90s comedy staples as Necessary Roughness, Good Burger, First Kid and Jingle All the Way will once again grace Dallas with a stand-up comedy set in early 2019. Side note: Did you know that Sinbad went to 35 Denton once? He even tweeted about it and called Dan’s Silver Leaf “Dan’s silver lead.” Classic typo!

Meek Mill
Friday, February 22, at South Side Ballroom
On sale Friday, November 30, at 10 a.m.
This week, Meek Mill announced his first tour since being released from prison in April 2018. The announcement comes just four months after the release of his Legends of the Summer EP (which included the single “Stay Woke”), just two weeks after an appearance on The Tonight Show With Jimmy Fallon and just one week after revealing the November 30 release of his forthcoming album, Championships. The Philadelphia rapper has had a turbulent career, but appears to be rising from the ashes like a phoenix. In a surprising development, he even put to rest his infamous beef with Drake just two months ago.


Jeff Tweedy
Sunday, March 3, at the Majestic Theatre
On sale Wednesday, November 28, at 7 p.m.
Wilco frontman Jeff Tweedy will swing through Dallas at the beginning of the year in support of his upcoming album, WARM. In conjunction with the tour announcement, Tweedy also unveiled this week a cut from the upcoming release called “I Know What It’s Like”. Joining him on tour will be Big Thief guitarist Buck Meek.


Bill Maher
Saturday, March 16, at The Pavilion at Toyota Music Factory
On sale Friday, November 30, at 10 a.m.
Are you a college freshman who is going through a Christopher Hitchens phase? Do you think Al Franken was treated unfairly last year? Are you still way into covfefe jokes? This is the show for you, probably.

Foreign Air
Wednesday, March 20, at Three Links
On sale Friday, November 30, at 10 a.m.
Jacob Michael and Jesse Clasen met 10 years ago when their bands were on the same lineup at a show in Charlotte. They were so impressed with each other’s work that night that they decided to keep in touch. Before you know it, they started sharing music on Dropbox and crashing on each other’s couches when they were in each other’s cities. And now they have this band.


Tyler Perry
Sunday, April 7, at The Theatre at Grand Prairie
On sale Friday, November 30, at 10 a.m.
The famed actor, filmmaker, comedian, playwright and mastermind behind the Madea character was named Forbes Magazine’s highest-paid man in entertainment in 2011. Now, he’s making an appearance in Grand Prairie as part of what he’s calling Madea’s farewell tour. During a SiriusXM interview in October, Perry joked that, “[He] just [doesn’t] want to be her [age and] still playing her.” Maybe he should, though: The Madea character has grossed some $500 million globally since her debut appearance in the 1999 film I Can Do Bad All By Myself. This show will happen one month after the anticipated release of the last Madea film A Madea Family Funeral.

Snow Patrol
Thursday, April 18, at South Side Ballroom
On sale Friday, November 30, at 10 a.m.
Snow Patrol made a name for itself in the post-Britpop scene some 15 or so years ago, drawing inspiration from such adored acts as Radiohead, Oasis and Pulp. The band achieved mainstream success in 2006 following the release of the single “Chasing Cars,” and has been praised by elder musicians such as Ozzy Osbourne and Michael Stipe. Neat!


George Strait
Friday, November 22, at Dickies Arena
On sale Friday, December 7, at 10 a.m.
In 1982, George Strait opened for Billy Joe Shaver at Billy Bob’s in Fort Worth. Almost one year from now, he’ll return to Cowtown for the first time since to play the new Dickies Arena. To commemorate just how special this occasion is — and because the last time he played The Fort was in 1982 — they even priced some low-tier tickets at $19.82 a pop. Do you get it? Does it really matter? All you need to know is this: George Motherfucking Strait is blessing North Texas with yet another rare appearance following his retirement from touring in 2014. Country and western swing legends Asleep at the Wheel open.