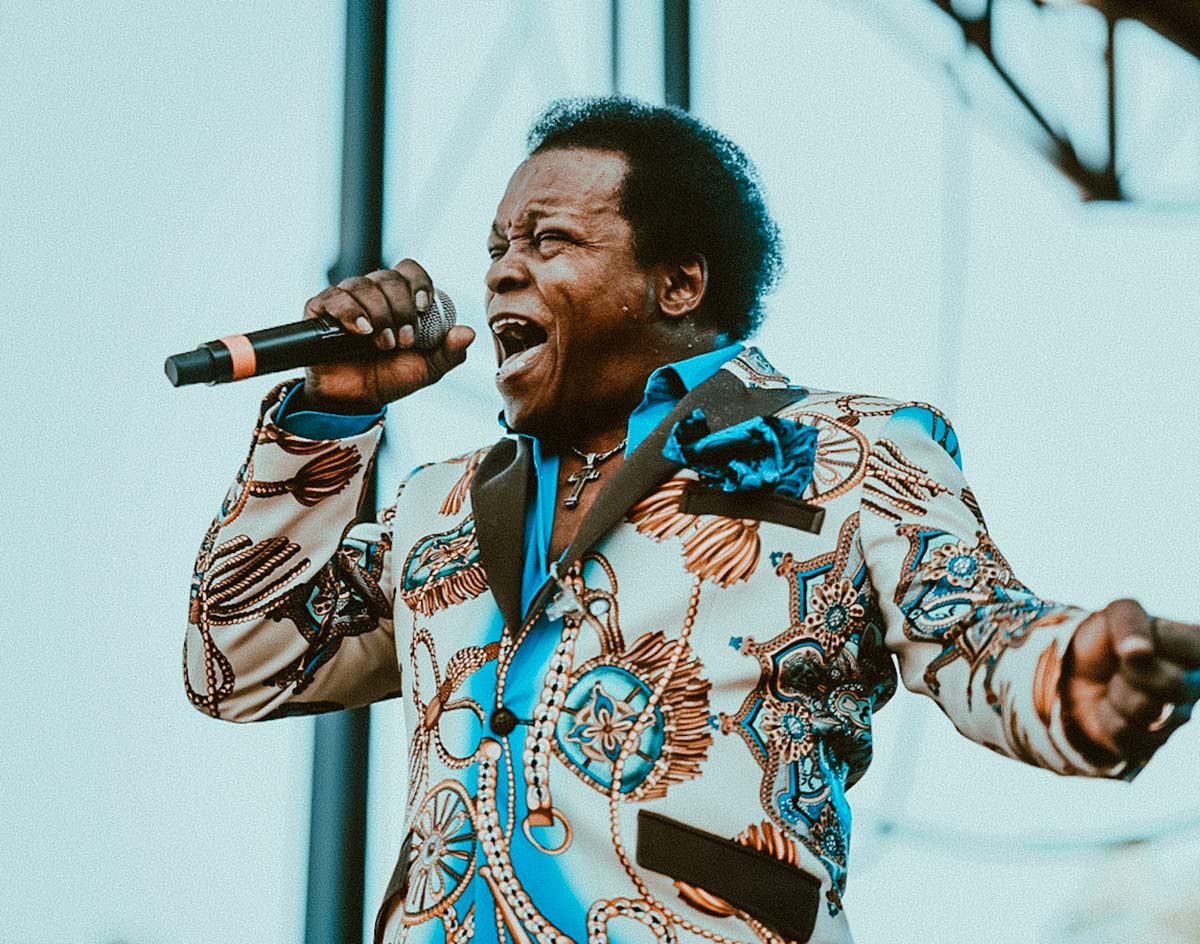 In 2017, President Donald J. Trump submitted to Congress a budget proposal that would effectively eliminate all funding for the National Endowment of the Arts.

Ultimately, this endeavor failed. But with the looming possibility of another government shutdown coming on February 15, it appears that the program is in potential danger yet again.

This means we must take matters into our own hands in subsidizing the arts. How? By supporting touring musicians directly and buying tickets to their shows.

Here are some good ideas on where to start.

The Temptations
Thursday, February 28, at Toyota Music Factory
On sale now.
The Motown legends behind hits such as “My Girl,” “Ain’t Too Proud to Beg,” “Cloud Nine” and “Treat Her Like a Lady” only have founder Otis Williams as a current original member, but make no mistake – this group carries a strong legacy in pop music at large, having been influential to heavy-hitters such as the Rolling Stones and the Jackson 5.

Pentagram
Tuesday, March 19, at TBA
On sale… TBD.
On their official Facebook page, doom metal legends Pentagram announced a March tour without listing their venues. But they did announce that original frontman Bobby Liebling is back in the band, following an 18-month prison sentence after pleading guilty to assault on a vulnerable adult. Prior to this, it was revealed that Wax Idols and King Woman dropped a tour with them over allegations of sexual harassment.

Mr Eazi
Thursday, April 4, at Canton Hall
On sale now.
Mr Eazi reached a breakthrough in international acclaim when he signed to Diplo’s Mad Decent label in 2018. The Ghana-based pioneer behind “Banku” music also caught the attention of Travis Scott and was added as support for J Balvin’s US tour. Now he headlines his first US tour, which includes an appearance at Canton Hall.

Gibbz
Saturday, April 6, at Ruins
On sale now.
In the song “Not the One,” Gibbz performs mental jiu-jitsu in singing “When you’re alone / Don’t you dare think of me / Cause I can’t be where you are.” Is he telling her to only think of him when in the company of other people? If so, why is he setting such strict parameters as to when she can think about someone who, by his own admission, cannot be where she is? There are so many unanswered questions…

Black Stone Cherry
Saturday, April 6, at Trees
On sale now.
Black Stone Cherry is one of three berry-related bands playing this year’s Rocklahoma, sharing that distinction with Buckcherry and Blackberry Smoke. Technically, cherries are stone fruits and not berries, but what are we, botanists?

Better Oblivion Community Center
Wednesday, April 10, at Trees
On sale Friday, February 1, at 10 a.m.
Conor Oberst and Phoebe Bridgers’ new band, Better Oblivion Community Center, will make their area debut at Trees in April. In the past two years, Bridgers has enjoyed success as a solo artist and as a member of boygenius. At this point, Oberst’s achievements under Bright Eyes, Desaparecidos, The Faint, Mosnters of Folk and The Mystic Valley Band should go without saying.

The Strumbellas
Wednesday, April 10, at Canton Hall
On sale now.
After a quick Wikipedia search, I learned that people have actually used the phase “farm emo” in a sentence, and I’m glad this band is the reason behind that.

Reagan Youth
Thursday, April 18, at Three Links
On sale now.
The Queens-based hardcore punk band went through numerous lineup changes following the passing of vocalist Dave Insurgent in 1993. In 2006, guitarist Paul Cripple (not a really PC stage name these days) reunited the band, and has been going through a revolving door of members ever since.

Black Label Society
Saturday, April 27 & Sunday, April 28, at Canton Hall
On sale Friday, February 1, at 10 a.m.
Black Label Society will be touring this year in celebration of the 20-year anniversary of their 1999 debut album Sonic Brew, and part of that includes a two-night stand at Canton Hall. Conan (who are also playing Gas Monkey Bar N’ Grill on Thursday, March 14) and Atomic Bitchwax open.

Eels
Sunday, May 5, at Canton Hall
On sale Friday, February 1, at 10 a.m.
Did you know that Eels are on the soundtracks for the first three Shrek movies? Whether you discovered the revered indie rock band that way or not, it’s pretty certain that this will be nothing like Eddie Murphy and Antonio Banderas covering Sly Stone or Ricky Martin.

Jim James
Friday, May 10, at Granada Theater
On sale Friday, February 1, at 10 a.m.
“Jim James has the most angelic voice. He makes Enya sound like a Russian couple arguing at the bowling alley.” — Stan Smith, American Dad!

Deer Tick
Saturday, May 11, at Kessler Theater
On sale Friday, February 1, at 10 a.m.
Deer Tick is going on tour with Courtney Marie Andrews, and they have named the run “The Mayonnaise Concerts.” That name is either a reference to their upcoming compilation album Mayonnaise, an act of self-deprecation that implies their music is for white people, or both. Whichever it is, mayonnaise is a good condiment, and this is a good tour package.

Lady Lamb
Tuesday, May 14, at Dada
On sale now.
Maine folk artist Aly Spaltro is slated to release her upcoming LP Even in the Tremor on Ba Da Bing Records (whose alma mater includes greats such as Sharon Van Etten and Beirut, and whose current roster includes Julie Byrne and Talk Talk’s Mark Hollis.) This is her first full-length release after her departure from Mom + Pop Music and the shortening of her stage name Lady Lamb the Beekeeper.

MURS
Friday, May 17, at Ruins
On sale now.
MURS is a former member of the Living Legends collective, a current member of punk band The White Mandingos and, most notably, a successful rapper. His most recent album A Strange Journey Into the Unimaginable was released last year on Tech N9ne’s Strange Records Inc. label.

Terminator 2
Saturday, May 18, at Andy’s Bar
Tickets available at door.
Given that drummer David Saylor lives in Colorado, the Denton-based noise and doom outfit maybe plays DFW once a year. They may make another appearance, as they are also slated to play Austin Terror Fest the following month with Lightning Bolt, Pig Destroyer, TR/ST, Goatwhore, Dalek and many others.

John Cusack
Sunday, May 19, at Majestic Theatre
On sale Friday, February 1, at 10 a.m.
You’re an inspiration, Lloyd. You should go on the 700 Club or something. He’ll be here for a screening of Say Anything, among other reasons.

Lee Fields & the Expressions
Sunday, June 2, at Curtain Club
On sale Friday, February 1, at 10 a.m.
Little JB returns to Deep Ellum for the dozenth time. The R&B and soul veteran has collaborated with Bobby Womack, Kool & the Gang and B.B. King. Much like his late contemporaries Sharon Jones and Charles Bradley, Fields found success in music at a much later point in his life, when he began maintaining a more consistent output in the ‘90s. Despite a 20-year period of stagnation, Fields has already cemented a legacy in the world of hip-hop alone, as he has been sampled by artists such as J. Cole and Travis Scott.

Gary Gulman
Friday, June 14, at Sons of Hermann Hall
On sale now.
Gary Gulman was a finalist in two seasons of Last Comic Standing. Before that, he cut teeth in Boston, where he practiced comedy alongside other local comics such as Dane Cook (whom Gulman starred with in Tourgasm), Bill Burr and Patrice O’Neal.

John Mayer
Thursday, September 5, at American Airlines Center
On sale Friday, February 1, at noon.
Two months after he plays the Dos Equis Pavilion with Dead & Company in July, John Mayer will play Dallas yet again to perform cuts that aren’t from the Grateful Dead this time.