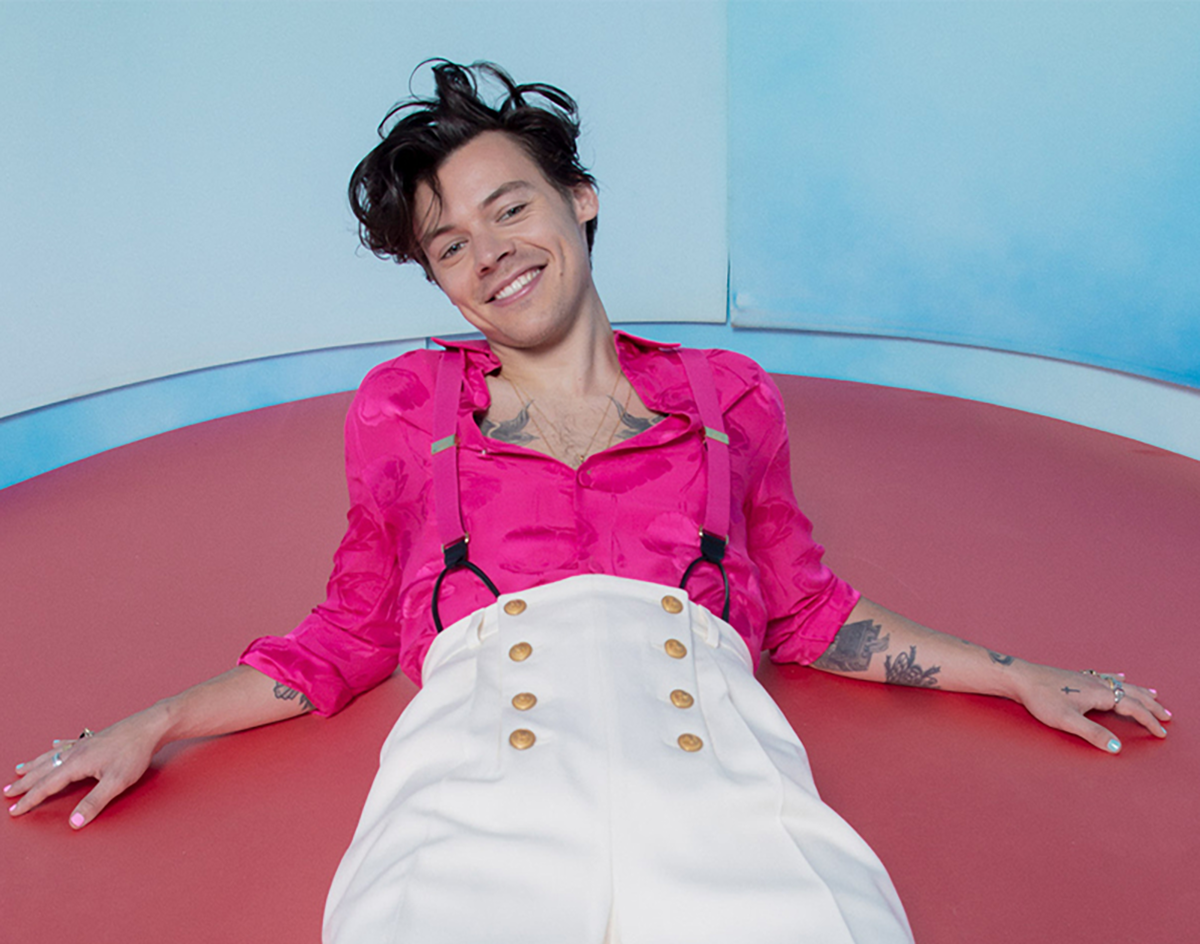 Hey, remember that complete abomination that was the Sonic the Hedgehog trailer? The one where the namesake character gets a live-action design that not even his creator could love?

Well, the-powers-that-be at Paramount Pictures listened, and they revamped the character design in a much more tasteful manner. Take a look at the revised trailer released just yesterday:

Now that Sonic’s abhorrent defacement has finally come to an end, let’s all agree to leave that saga in 2019 where it belongs.

Let’s focus on the future and try to create memories that are actually positive. Go on some dates. Travel the world. Immerse yourself in live music by checking out these freshly-announced shows.

She Wants Revenge
Saturday, December 14 at Andy’s
On sale now.
There was a time in the ‘00s when bands tried to sound like Gang of Four and Joy Division. Bands such as The Strokes and Interpol were one of the few that remained evergreen almost two decades later, but bands such as this one kind of waned as the playing field changed. She Wants Revenge will be playing its second full-length This is Forever in its entirety, because the post-punk outfit might as well cater to a demographic that is nostalgic over Nick and Norah’s Infinite Playlist.

Big Freedia + The Suffers
Thursday, January 16 at House of Blues
On sale now.
New Orleans bounce icon Big Freedia is joining forces with Houston soul group The Suffers for a co-headlining bill. Unfortunately, the latter was robbed following its set at this year’s Homegrown Fest so, uh, here’s to a new year with new beginnings and a better time in Dallas this go-around.

Tool
Wednesday, January 22 at American Airlines Center
On sale Friday, November 15 at 10 a.m.
After ending a 13-year tease for a new album, Los Angeles progressive metal outfit Tool is swinging through Dallas for the first time in three years. No word on whether Killing Joke will be opening this show like they did for the band’s fall 2019 leg.

Portrayal of Guilt
Sunday, January 26 at Ridglea Theater
On sale now.
Austin grind-core/powerviolence band Portrayal of Guilt will embark on a co-headline run with fellow Austin industrial outfit Street Sects. The latter will also be playing Rubber Gloves with Fire-Tools on December 3, so for now, just pretend you don’t know.

Wolf Parade
Tuesday, February 4 at Trees
On sale Friday, November 15 at 10 a.m.
Wolf Parade has been in cahoots with fellow Canadian indie-rock band Arcade Fire. They were tapped as an opener for the band’s 2014 “Reflektor Tour,” and Arcade Fire even covered their song “I’ll Believe in Anything.”

Allen Stone
Saturday, February 8 at Granada Theater
On sale now.
This Washington singer-songwriter released a brand new album titled Building Balance just last week. If you have an affinity for Leon Bridges’ Motown revival sound, you may want to check this out.

Tennis
Thursday, February 27 at Granada Theater
On sale Friday, November 15 at 10 a.m.
Denver indie-pop and husband-and-wife duo Tennis will be celebrating its decade anniversary as a band this coming year. The band has remained an indie darling since its beginnings, and even just dropped a new single called “Runner.”

YBN Cordae
Saturday, February 29 at Trees
On sale Friday, November 15 at 10 a.m.
YBN Cordae is a Maryland rapper who just last year joined the namesake YBN Collective. His remixes achieved virality on WorldStarHipHop in the time since, leading to a rapid, spontaneous rise. After he bookends this year with a tour opening for Logic and J.I.D, the 2019 XXL Freshman will return to Trees on leap day.

Ben Rector
Friday, March 13 at Majestic Theatre
On sale Friday, November 15 at 10 a.m.
You may know this singer-songwriter as the guy that occasionally gets confused with Ben Harper. And sometimes Ben Kweller.

Michael Buble
Saturday, April 4 at Dickies Arena
On sale Monday, November 18 at 10 a.m.
Michael Buble is the guy who changed the hook of the Christmas classic “Santa Baby” to “Santa Buddy.” So, um, there’s that.

Tiny Meat Gang
Saturday, April 18 at The Theatre at Grand Prairie
On sale Friday, November 15 at 10 a.m.
Cody Ko and Noel Miller will talk to each other on microphones and engage in a riveting discussion that likely centers around Internet culture. There’s a clear demand for it, too – the comedy duo’s Tiny Meat Gang podcast has over 10,000 Patreon patrons and is raking in almost $50,000/month in pledges.

Jacob Collier
Tuesday, April 28 at Bomb Factory
On sale Friday, November 15 at 10 a.m.
You know those YouTubers who achieve virality with song covers and use this platform as a springboard for a music career? This is one of those people.

Shinedown
Tuesday, May 5 – Wednesday, May 6 at House of Blues
On sale Friday, November 15 at 10 a.m.
Shinedown deserves credit where it’s due – with a waning market for post-grunge, most of their contemporaries wouldn’t be able to pull of a two-night stand at House of Blues. The fact that the Floridian rock band has been going strong during a decade that hasn’t been too kind to bands of its ilk is an impressive feat on its own.

The Black Crowes
Friday, June 19 at Dos Equis Pavilion
On sale now.
As rumor had it, the southern rock and blues revival band has reunited and is going on a 46-date tour. This go-around is in celebration of the 30-year anniversary of the band’s debut album, Shake Your Money Maker.

Harry Styles
Thursday, August 13 at American Airlines Center
On sale Friday, November 22 at 10 a.m.
One month ahead of the release of his sophomore album, Fine Line, the dreamy British singer-songwriter has announced his “Love On Tour” run through Europe and North America. Unfortunately, burgeoning pop artist King Princess won’t be gracing us for the Dallas date, but Jenny Lewis will, which is no small consolation.