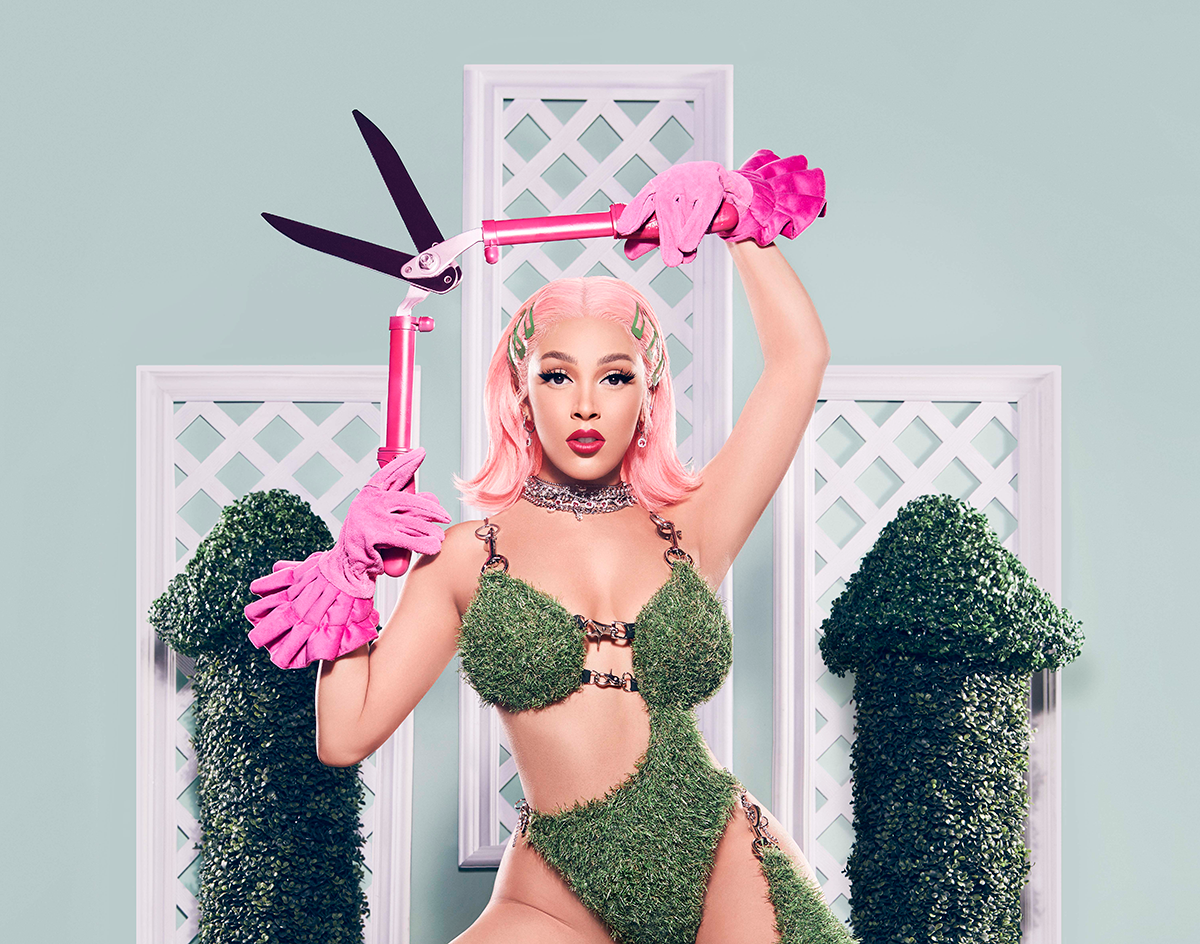 Also Among This Week’s Upcoming Dallas-Area Shows You Should Know: Luke Combs, Kraftwerk, The Black Keys, Judas Priest And More.

World-renown organizing consultant Marie Kondo is back in the spotlight with an upcoming book titled Joy at Work, and as you can probably guess, one of the key suggestions she makes is to keep things in your life that spark joy.

Perhaps “joy” is a strong word for most of the items Kondo helps people organize, but keeping your finances in check is an equally important task that requires the same level of sacrifice. If you find yourself at that point and want to ask the financial gurus over at Central Track how you should reconfigure your budget priorities, we’re going to tell you that live music should always be at the top of the list.

Hey, it’s on the top of ours. That’s why once a week, we compile a list of freshly-announced area concerts worthy of your dime.

Rhett Miller
Friday, March 20 at Granada Theater
On sale Friday, February 28 at 10 a.m.
Have you guys heard of this Old 97s band? They’re gonna be the talk of Dallas one day.

Doja Cat
Wednesday, April 8 at Canton Hall
On sale now.
Doja Cat has acheived the coveted backing of continued virality on TikTok and Twitter through millions of streams. And in today’s world, that’s what the e-kids call “serving.”

Why Bonnie
Saturday, April 18 at Ruins
On sale Friday, February 28 at 12 p.m.
Austin indie-pop band Why Bonnie just inked a deal with Fat Possum Records, and to celebrate the occasion, announced a run of shows that includes a stop at Ruins. The band also has some local affiliation – guitarist Sam Houdek is the son of current Rubber Gloves owner and Denton resident Rob Houdek.

Golden Dawn Arkestra
Saturday, May 2 at Deep Ellum Art Co.
On sale now.
If you’re a fan of afrobeats artists like Fela Kuti, or experimental jazz in the vein of Sun Ra (whose influence on this band should be obvious given that he coined the phrase “Arkestra”), then give this a shot.

JoJo
Monday, May 4 at Canton Hall
On sale Friday, February 28 at 10 a.m.
After a decade-long battle with her former label, the “Leave (Get Out)” powerhouse is back. There will obviously be a merch table at this show, but don’t worry, because “you ain’t got to buy nothin’.”

Blondie
Wednesday, May 20 at the Theatre at Grand Prairie
On sale Friday, February 28 at 10 a.m.
Yeah, this legendary band was a staple of CBGB and Max’s Kansas City, but that’s not as important as the version of “One Way or Another” that Angelica Pickles sang on The Rugrats Movie.

King Buzzo + Trevor Dunn
Saturday, May 23 at Three Links
On sale Friday, February 28 at 10 a.m.
Fun fact about Buzz Osborne (AKA King Buzzo): he introduced Kurt Cobain to Dave Grohl when Nirvana needed a new drummer, so without him, Foo Fighters wouldn’t even exist. More importantly, however, he is 1/3rd of the legendary sludge trio Melvins, which currently stands as one of the most significant, influential bands in all of metal. Buzzo also used to be a member of supergroup Fantomas, whose bassist, Trevor Dunn (Mr. Bungle, Tomahawk), will be accompanying him on this tour.

Black Flag + TSOL
Friday, June 5 at Gas Monkey Bar N’ Grill
On sale now.
Black Flag plays more DFW shows than many local bands, and since Greg Ginn lives in Taylor, just outside of Austin, they might as well be a Texas band at this point.

Chicano Batman
Thursday, June 11 at Granada Theater
On sale now.
Los Angeles quartet Chicano Batman is dropping a new album titled Invisible People on May 1 via ATO Records. Consequence of Sound described the promotional single “Color my life” as, “a cross of Tame Impala and Neon Indian.” We’re in.

Pigface
Saturday, June 13 at Trees
On sale now.
When Pigface played Granada Theater earlier this year, Lamb of God frontman Randy Blythe did vocals. So who knows what special guest appearances await us this time.

Kraftwerk
Thursday, July 2 at Bomb Factory
On sale Thursday, February 27 at 10 a.m.
Did you miss Kraftwerk’s Bomb Factory show back in 2016? It that was the band’s first Dallas show in 40 years, so if so, you really dropped the ball on that. Don’t miss it this time around.

The Black Keys
Friday, July 17 at Dos Equis Pavilion
On sale Friday, February 28 at 10 a.m.
Akron, Ohio-based garage and blues rock duo The Black Keys has become one of rock music’s most celebrated acts of the past 20 years. Following a string of critically-lauded, gangbuster releases such as Attack & Release, Brothers, El Camino and Turn Blue, Dan Auerbach and Patrick Carney have been touring in support of their latest full-length effort Let’s Rock, a stint which first found the band co-headlining with Modest Mouse. For this run, recent Grammy favorite Gary Clark Jr. opens.

Armor for Sleep
Thursday, July 23 at Club Dada
On sale Friday, February 28 at 10 a.m.
Remember the good ol’ days whenever you could go to FYE and buy Warped Tour compilation CDs for $5? If you do, then this may stop you in your tracks.

Car Seat Headrest
Friday, July 24 at Granada Theater
On sale Friday, February 28 at 10 a.m.
Back in 2016, virtually every music journalist at SXSW hyped this band as the next big thing. Now? Well, they’re certainly a big thing, but the big thing? Eh.

The Weeknd
Saturday, July 25 at American Airlines Center – Thursday, August 20 at Dickies Arena
On sale Friday, February 28 at 10 a.m.
Mr. Abel Tesfaye, AKA The Weeknd, hasn’t played Dallas since 2017, back when he was supporting his 2016 LP Starboy. Now he is returning and paying us two visits to make up for lost time, and as if that wasn’t exciting enough, he is dropping a new album, After Hours, in a little over three weeks from now.

Luke Combs
Thursday, September 24 – Friday, September 25 at American Airlines Center
On sale Friday, February 28 at 10 a.m.
Luke Combs is one of the biggest country music artists of late, and the proof is in the pudding: he’s playing a 20,000-capacity venue two nights in a row. Love him or hate him, that’s impressive.

Judas Priest
Saturday, October 3 at Toyota Music Factory
On sale Friday, February 28 at 10 a.m.
English heavy metal legends Judas Priest released forward-thinking music for 11 years before achieving much-deserved success in 1980 following the release of their seminal full-length album British Steel. Now they are considered to be one of the greatest metal acts of all time, along with contemporaries such as Black Sabbath, Deep Purple and Motorhead.

They Might Be Giants
Friday, October 23 at House of Blues
On sale Friday, February 28 at 12 p.m.
You’d think that after almost 40 years, this band would have ascertained for certain whether or not they’re actually giants.