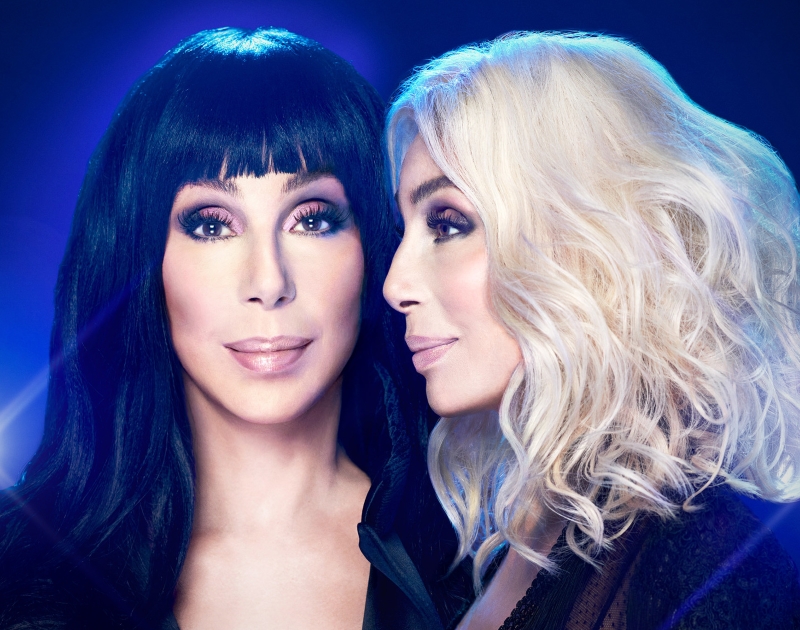 According to a report in the Washington Post, Garfield phones have been mysteriously washing ashore on a Northwestern France beach over the past 30 years, much to the confusion of many residents. A man recently cracked the case and found that a metal shipping container, filled with Garfield telephones, was, “[w]edged inside a cave [and] tucked into the seaside cliffs.”

The visual of Garfield phones washing up on a beach is indeed hilarious, but just recently, a pregnant whale with 50 pounds of plastic in her stomach was also found dead. This makes the news of three decades’ worth of ocean pollution even more discouraging.

But, hey, if our death warrant is going to be signed by the hands of looming environmental catastrophe, we might as well die with at least some amusement at the thought of Garfield phones killing aquatic wildlife.

And, while the apocalyptic clock still ticks, we might as well enjoy the last few decades of our existence by going to rock shows. Here are some ideas on how to relish life’s ever-fleeting moments.

Cottonmouth, TX
Saturday, April 20, at Kessler Theater
On sale now.
Bill Wisener, the abnormally-accomplished and not at all creepy owner of Bill’s Records and Tapes, is celebrating his 75th birthday at the Kessler, and performing this celebration is Jeff Liles’ project Cottonmouth, TX (on 4-20 nonetheless) whose shows these days are few and far between. Chris Purdy and the Stutts, Stationwagon and Cameron Matthew Ray open.

Jon Glaser
Tuesday, April 23, at Sons of Hermann Hall
On sale now.
Comedian Jon Glaser (no relation to Nikki Glaser) cut his teeth as a writer for Late Night With Conan O’Brien. In addition to hosting his own show, Jon Glaser Loves Gear, he has also starred in films/TV shows such as Parks and Recreation, Curb Your Enthusiasm, Girls, Bob’s Burgers, The Dictator and more.

Trevor Daniel
Wednesday, May 15, at Dada
On sale now.
Apparently this isn’t the punter for the Houston Texans of the same name. It is, however, the project of a bedroom pop artist that is, coincidentally, from Houston.

Justus Profitt
Thursday, May 30, at Transit Bicycle Co.
On sale now.
Justus Proffit is a 25-year-old DIY punk artist who hails from Los Angeles. Last month, he released his debut full-length L.A.’s Got Me Down via Bar/None Records, the same label behind Yo La Tengo, The Front Bottoms, The dBs, Alex Chilton and others.

J.S. Ondara
Saturday, June 8, at Sons of Hermann Hall
On sale now.
Kenyan folk singer J.S. Ondara was one of many hyped indie darlings at this year’s SXSW, and his footprint expended early last year following a tour with Anderson East. Now he tours this summer with Newport Folk Festival serving as an anchor date. Before the Minneapolis-based singer-songwriter plays the legendary festival most infamous among Bob Dylan fans, he will pay us a visit at the oldest free-standing wood structure in Dallas.

Culture Abuse
Wednesday, June 12, at Dada
On sale now.
These Epitaph signees are embarking on their first tour since last year’s Turnstile and Touche Amore co-headlining run. They also publicly beefed with Skrillex a couple years ago.

Machine Gun Kelly
Saturday, June 15, at South Side Ballroom
On sale Friday, April 5, at 10 a.m.
We see you, Machine Gun Kelly. We see you trying to hype your music career following your role as Tommy Lee in Netflix’s Mötley Crüe biopic The Dirt. Daniel Webber may have fooled Pete Davidson in that movie, but you’re not fooling us.

Gina Yashere
Friday, June 28, at Texas Theatre
On sale now.
Last Comic Standing and Def Comedy Jam alumnus Gina Yashere is now the British correspondent for The Daily Show. And like most comedians do these days, she also has her own Netflix comedy special.

Cuco
Wednesday, July 3, at The Bomb Factory
On sale Friday, April 5, at 10 a.m.
Cuco sold out RBC in October 2017, and due to popular demand, had his show relocated to Trees, which he also sold out. In March 2018, he played a show at Canton Hall which, as you can guess by now, sold out. If you haven’t heard of Cuco, The Bomb Factory is the perfect sized venue for him.

Khalid
Sunday, July 14, at American Airlines Center
On sale Friday, April 5, at 10 a.m.
Khalid sneaked up on everybody in the whole music industry, and long story short, he is now playing arenas. After his feature in Logic’s “1-800-273-8255,” the El Paso R&B singer-songwriter would go on to collaborate with Lorde, Swae Lee, Billie Eilish, Post Malone, SZA and, oddly enough, Kane Brown. He was an opener on Lorde’s Melodrama Tour and, just last month, made his debut on Saturday Night Live.

Yes
Saturday, July 20, at Toyota Music Factory
On sale Friday, April 5, at 10 a.m.
The outfit currently masquerading as Yes is playing Toyota Music Factory. Steve Howe and Alan White are the only current members who were around during the band’s golden years, but as it stands, the legendary English prog band currently has no original members. On the bright side, Arthur Brown is also on this tour, and he never comes through Dallas.

Carly Rae Jepsen
Thursday, August 1, at House of Blues
On sale Friday, April 5, at 10 a.m.
As the kids say, “We have no choice but to Stan.”

Snarky Puppy
Saturday, October 5, at The Bomb Factory
On sale Friday, April 5, at 11 a.m.
On the heels of a brand new album, the Grammy-winning jazz-fusion outfit announced a return to The Bomb Factory, and to the metropolitan area that is home to the University of North Texas, where members of the outfit studied upon their formation.

Cher
Thursday, December 19, at American Airlines Center
On sale Friday, April 5, at 10 a.m.
Cher’s achievements cannot be overstated. Her first recording ever was as a backup vocalist for the Ronettes’ “Be My Baby,” a song that stands as a significant achievement in pop culture. She successfully managed to pull off a comeback following her divorce with Sonny Bono, and she is just one Tony Award away from joining Club EGOT. On top of all that, she is noted for her LGBT and HIV/AIDS prevention activism. She should be known for way more than just “I Got You Babe” (although, yes, that song does slap.)