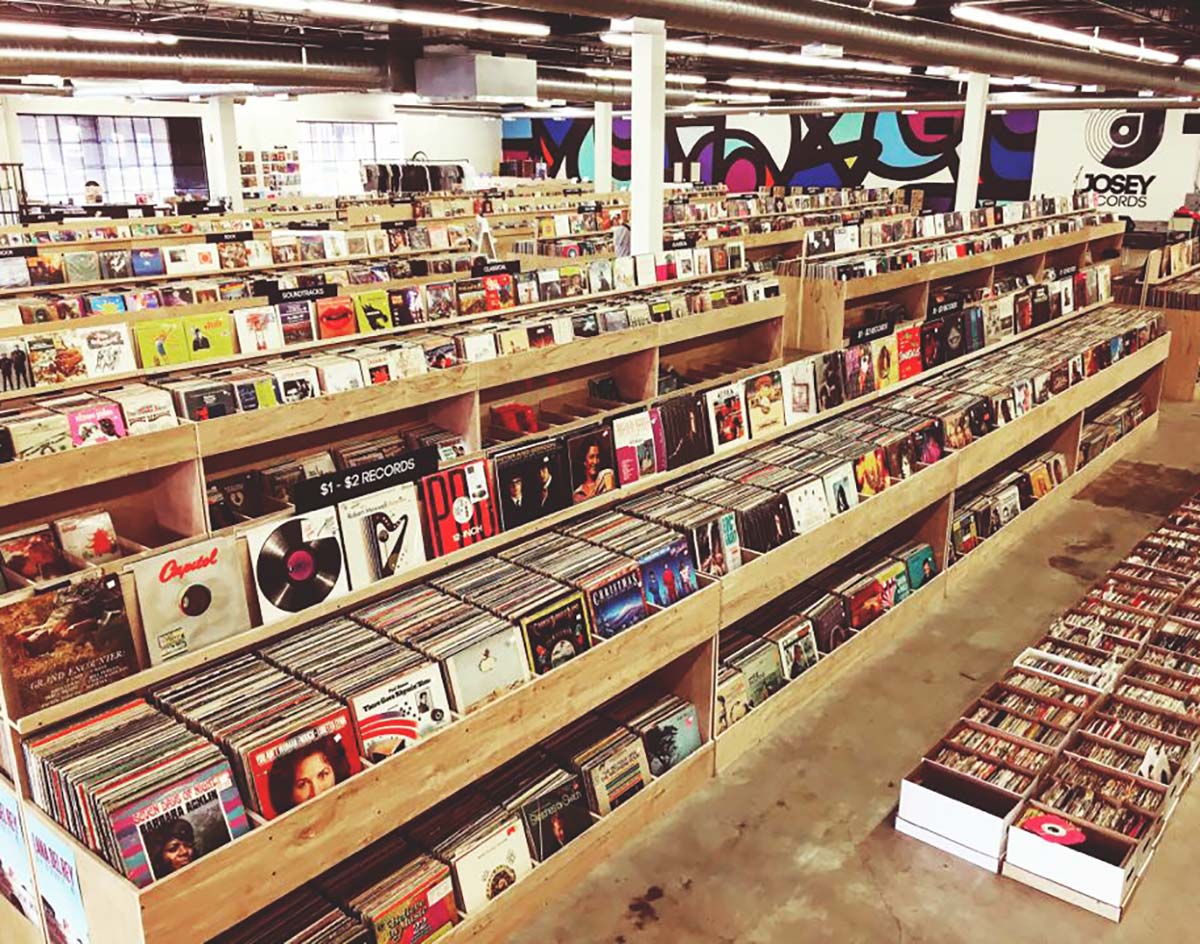 In a statement posted to their business’ social media channels on Monday, the proprietors of Josey Records shared a little note of wisdom before unveiling an exciting announcement: “If you’re not growing, you’ll soon be slowing down,” the post read. “It’s hard for us to sit around with so many ideas swirling. So, we have decided to make good on some current big picture intentions.”

Later on in the post, the Josey team dropped a big ol’ bomb: The revered record shop located near the intersection of Josey Lane and I-635 has taken over the neighboring space that most recently housed Moto City Motorcyle Gear and is currently embarking on an expansion of its already massive 15,000-square-foot footprint.

If you’re not growing, you’ll soon be slowing down. It’s hard for us to sit around with so many ideas swirling. So, we have decided to make good on some current big picture intentions. If you have been in recently, you may have heard some power tools buzzing. We felt it was time for us to share our newest project – EXPANSION. Yep, we are taking over the space next door and boy do we have some exciting concepts for this new layout. Stay tuned for more progress reports. We cant wait to share this new path with everyone. 2020 is gonna be a game changer. #vinylcommunity #vinylcollector #musicstore #musicbusiness #recordstore #expansion #progress #musicislife #dallas #dallastexas #igdallas #dfw

Prior to the motorcycle shop’s recent closure, there were no plans to expand Josey, co-owner Luke Sardello says. But when the opportunity opened up, he and his team decided to jump on it.

The expansion up Josey’s square footage from 15,000 to 23,000. With construction already underway, Sardello says his team is tentatively targeting the annual Record Store Day festivities — this year, the special release-filled holiday falls on Saturday, April 18 — for the opening of its addition.

In addition to simply offering more space for housing its massive vinyl inventory, the new space will allow Josey to house more special edition vinyl releases, as well as more books and DVDs. The business, which already maintains off-site storage facilities for the inventory its current home can’t house, won’t have much trouble filling the additional area, Sardello says.

“We pride ourselves on continually and tirelessly adding to our assortment to keep things fresh and interesting, whether that’s driving out-of-state to buy large collections or adding items that make sense for our customer base,” he says. “Adding more square footage allows us to get more music out more quickly.”

Sardello says the new space will also be used for future in-store performances — also perhaps as soon as Record Store Day. The need for more in-store performance space revealed itself to the Josey team after a recent Black Pumas appearance drew more than 300 attendees to the shop. Sardello hopes Josey’s additional space will open up the shop to even more opportunities along these lines.

“We have the PA, stage and space to accommodate national acts,” Sardello says, “and we’re working with our label partners to expand that this year.”

After launching to great acclaim in 2014, Josey Records has proven itself a success story bucking the national narrative that says shops like it can no longer even exist let alone thrive. Since opening its first store six years ago in Dallas, Josey has gone on to open additional outposts in Lubbock, Tulsa and Kansas City.

Now, with an even bigger flagship location at its disposal, Sardello says he hopes to focus on further elevating the Josey customer experience in ways that online streaming services and retailers can’t.

“You can’t stream or download the vast majority of recorded music,” Sardello says, “so we’ve built around the premise that having a large selection of music is what really intrigues and interests people.”