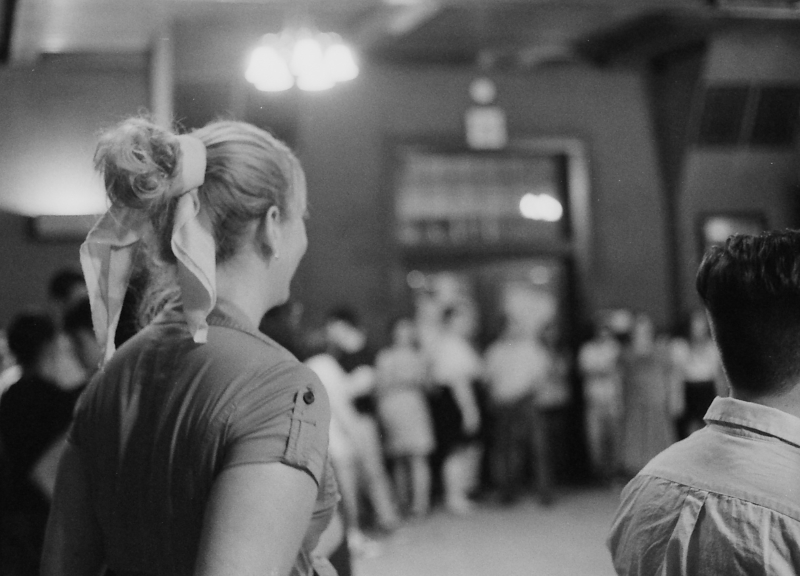 I Cut A Rug At Sons Of Hermann Hall's Weekly Swing Dancing Social.

As somewhat of an old soul, I've long thought I should've been kickin' it in the earlier part of the 20th century — y'know, the generation that dressed up and went out dancing to some big band music on Saturday nights and all that. So, when I heard about the swing dancing nights at Sons of Hermann Hall on Wednesdays, lets just say I was already picking out my Lindy Hop attire and imagining myself entering into some old black and white film from years past.

When I arrived, Isaiah Evans, long time Sons member, welcomed me. He introduced me to his girlfriend, Cassie and sort of took on the role of tour guide. See, I had never been to the oldest standing wooden building in Dallas before. It was like stepping back in time.

All around me are what look like dapper twentysomethings getting their wristbands at the door. Some came alone, others with significant others. But everyone came with an infectious energy that quickly remedied any anxiety I was feeling. After all, I'd never tried swing dancing before and I am definitely an introvert . Who's to say I wouldn't completely embarrass, or hell, injure, myself?

I was first led to the old bowling room that is now used for the blues dancing classes Sons also offers later in the evening. A bit more intimate of a dance than swing, though, that one may take me a little while to get used to. Upstairs, the main ballroom was freezing. I mean, the kind of cold that's just uncomfortable enough to weigh the heaviest on your mind. But it wasn't too long before I realized why, when about 200 warm bodies walked in behind me.

Jerry and Kathy Warwick, the couple who teach the hour-long swing dancing class before the main party begins, led all of us rookies in the swing world to join a giant circle around the room. From here, we began learning the basics.

To my left was another lone participant, so we joined up for the first lesson. The steps were easy enough, really. A simple glide right, glide left followed by a harder step back, all while swaying to the beat of the music. Each time we went through the routine, we swapped partners. Although I chose the role of the follower, sometimes I felt like the leader with the more reluctant partners. The hardest part was becoming comfortable with holding a stranger's hand with his other on my waist, honestly. But, hey, it comes with the territory. And my unease was soon an afterthought.

An hour later, the lesson ended and all the swing dance alums that had been waiting in the wings swarmed the floor. I was asked several times to dance, which I agreed, knowing my fate each time. I was flung around like a ragdoll, twisted, bent and shaken. Needless to say, I had no idea what was going on. My step right, step left routine went out the window pretty quick.

Sweaty and perhaps with a couple new bruises, I thought, “I need a drink.” Five bucks later I was sipping a Deep Ellum Dreamcrusher and winding down my night. I was proud of myself, really. Well, aside from the parking ticket I was handed (note: definitely don't park on Main Street).

It was a night when I stepped out of my comfort zone, and into the arms of strangers — which isn't exactly something I usually do on a typical Wednesday night. At the same time, I'm glad these things are a weekly occurrence, because I'm already looking forward to getting back on the floor.

All photos by Keith Naylor. 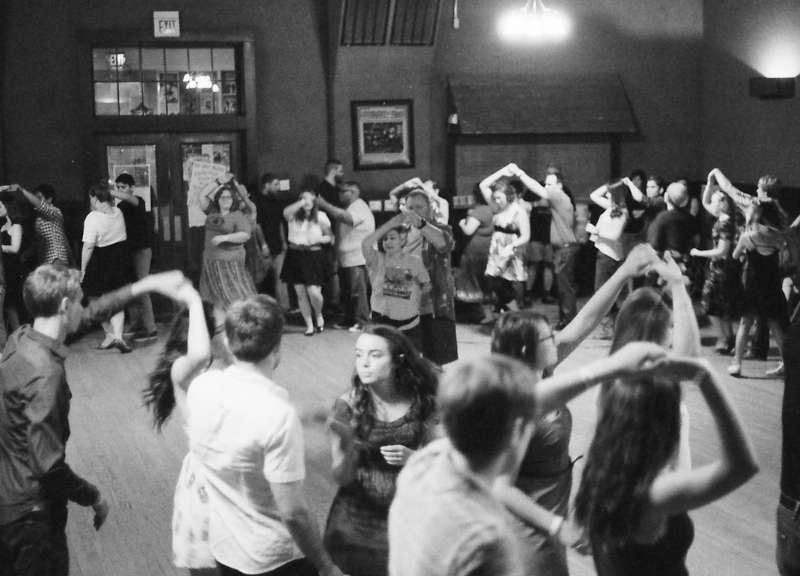 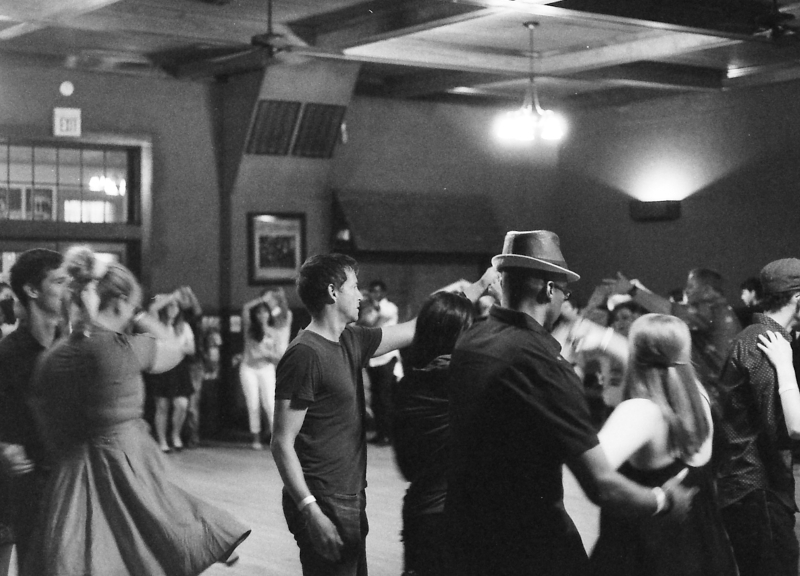 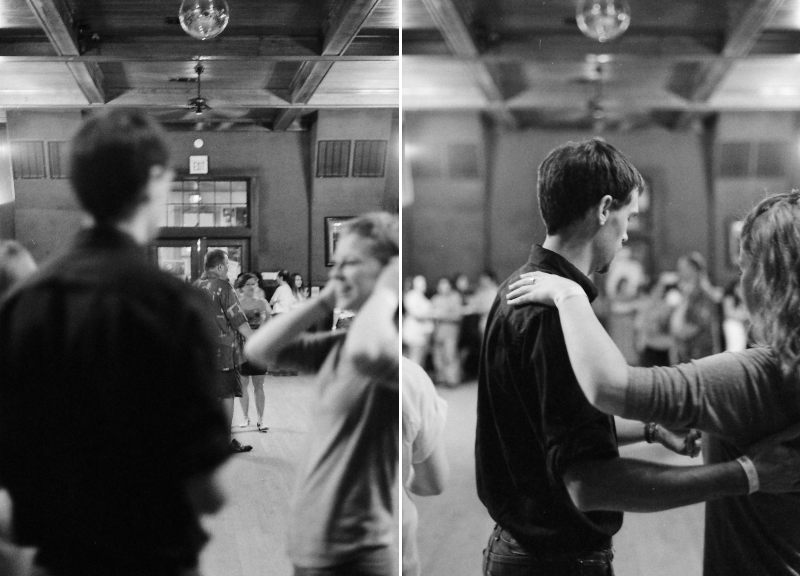 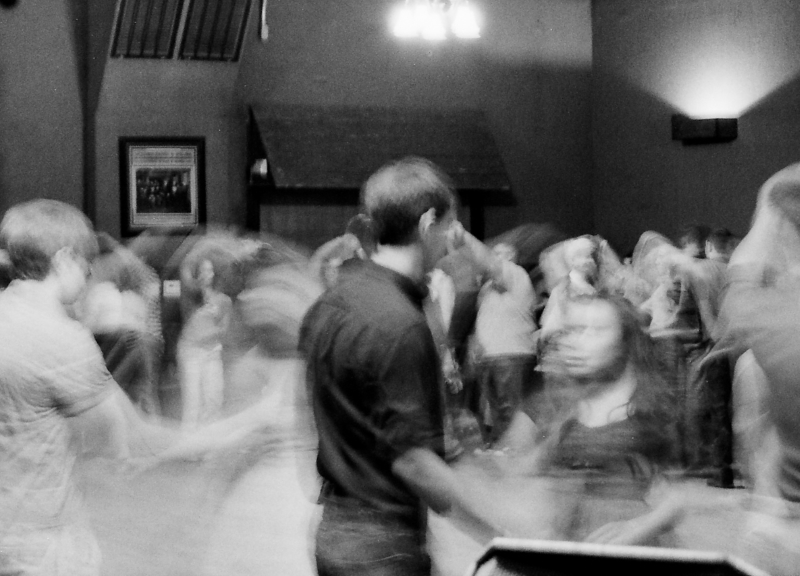 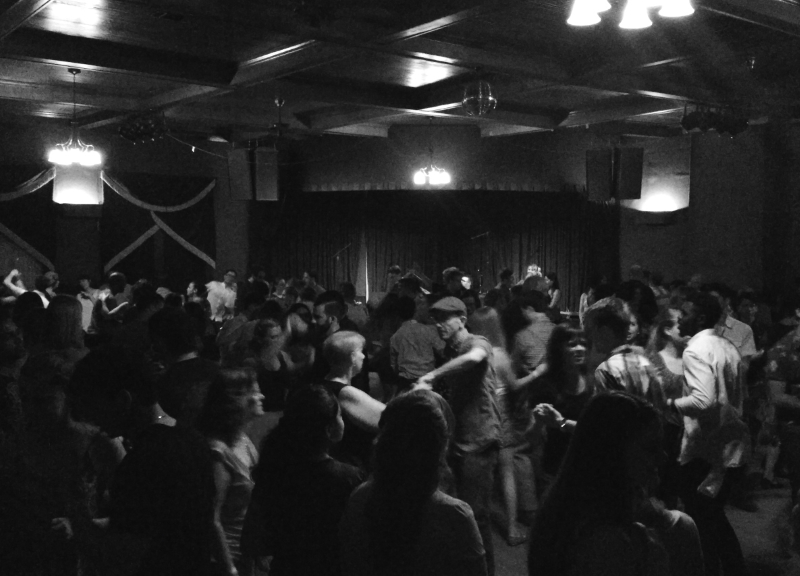