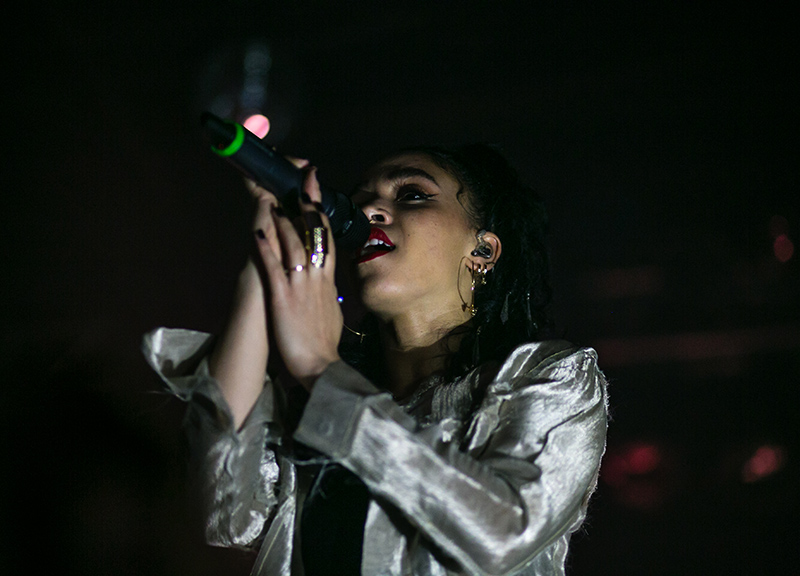 Here's an obvious statement: The Internet has had a powerful effect on the current state of the music industry.

Still, it's true. These days, an artist can produce and release music solely through web channels, cultivating fan bases without any reliance upon “traditional” forms of media (see: the relics also known as TV and radio). This enables artists to have more control over their work and image without having to resort to bullshit marketing ploys or trusting out-of-touch record execs promising to make them the Next Big Thing.

The results have been both genre-straddling and visually stimulative, keeping fans on their toes since Internet-sprung artists also tend to be more elusive than their mainstream counterparts. It's a weird thing: You can find yourself obsessing over a new songs for upwards of weeks without ever seeing the artist, let alone knowing their name.

This was somewhat the case of the ethereal British pixie formerly known as Twigs, now stylized as FKA Twigs. When she first hit the scene in 2012 with her debut, EP 1, videos for each track were released containing minimal depictions of Twigs. The intent was that people would focus primarily on the music — not that the artist born Tahliah Debrett Barnett is exactly unfamiliar with the spotlight. She spent her formative years as a back-up dancer for the likes of Jessie J, Kylie Minogue and Ed Sheeran.

Perhaps it was her experience creating secondary visuals for bigger names that ultimately influenced her decision to remain almost virtually faceless in the beginning stages of her singing career. Whatever the reason, it created a mystique behind the 26-year-old's visage that attracted hoards of internet weirdos, all of whom anxiously awaited her next moves.

Next for FKA Twigs was more music and a relinquishment of that guarded image: With the release of her following two projects, EP 2 and LP 1, FKA Twigs became more visible, donning long braided pigtails and baby hair that could put a mid-'90s Missy Elliott to shame. More internet buzz ensued — especially with news of her low-profile but reportedly serious relationship with Twilight golden boy Robert Pattinson. Further news of an impending international tour had people googling the closest stops all rapid fire-like. In the case of Dallas, that resulted in a sold out bill.

And, if you were lucky enough to have gotten ticket before they disappeared from the box office, you can most likely agree that FKA Twigs' Friday night Dallas debut at Deep Ellum venue Trees was a memorable night.

The show opened with Roc Nation artist BOOTS, which was a relatively fitting pairing for the alt-queen. If you're unfamiliar with this musical renaissance man, then you’ll be happy to know that he was one of the key players responsible in Beyonce’s blessing to the world that was her self-titled fifth album and radio earworms like “Partition.” Although his solo work isn't as easily recognizable as Beyonce's (who's is?), his sound has a sort of Imagine-Dragons-meets-Cold-War-Kids-and-Portishead aesthetic, but a touch more brooding and soulful. Those not entirely familiar with his music might find it tad underwhelming and melancholic at first blush — but that’s not to say it's not interesting. And the moodiness of his set certainly helped to usher in what would be the more-focused and most dramatic performance of the night.

To say that people were excited for FKA Twigs to go on stage on this night is a vast understatement; you could pass by just about any conversation in the room and hear how draped in anticipation and excitement everyone here was. Strangers and friends conversed with one another about their first encounters with her work, as if to somewhat re-live those initial moments in which they became In The Know. Most discovery stories were similar: They came across the internet's newest eccentric icon through some random browsing spree or word of mouth. No matter how they found out, though, all that mattered here was the chance to see her in the flesh — if only to to be convinced that she wasn't just a unicorn of music.

And when she finally took the stage, it was as if the venue collectively gasped before breaking out into cheers and screams. Twigs angelically belted out her songs with strong intent, never breaking concentration even as she danced expertly in high heels. Each moment of her bone-breaking show left the audience in awe, prompting random screams of adoration from crowd-goers. Remaining stoic throughout the most of the performance, she finally broke her silence about two-thirds of the way through to announce that the people of Dallas managed to surpass Seattle and Vancouver as her favorite tour stop. Sure, it's an old concert ploy, but it felt legit: Everyone in this venue's love for FKA Twigs basically oozed at the seams.

And those fans would be rewarded for their efforts, too: At the end of her set, Twigs stuck around to mingle with her adoring audience and to sign merch, creating a line filled with damn near everybody who'd seen the show. Fan dedication to her was so fierce that it should be difficult for following tour dates to measure up (shout out to Nashville, Atlanta and Orlando).

It's not like the night was a competition — everyone was just genuinely interested in coming out to show Twigs their love, to satisfy the urge of seeing the once seemingly-intangible artist and to feel the feelings one got upon first hearing her music — but, yeah, it won. 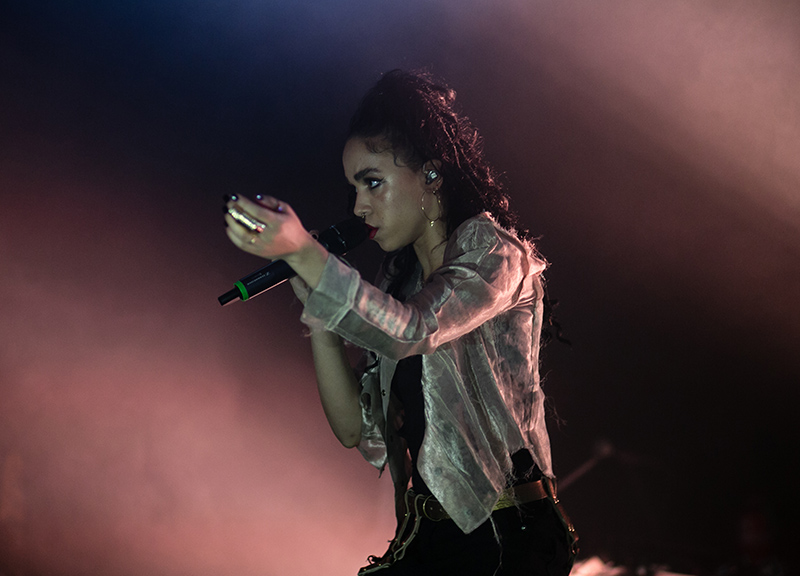 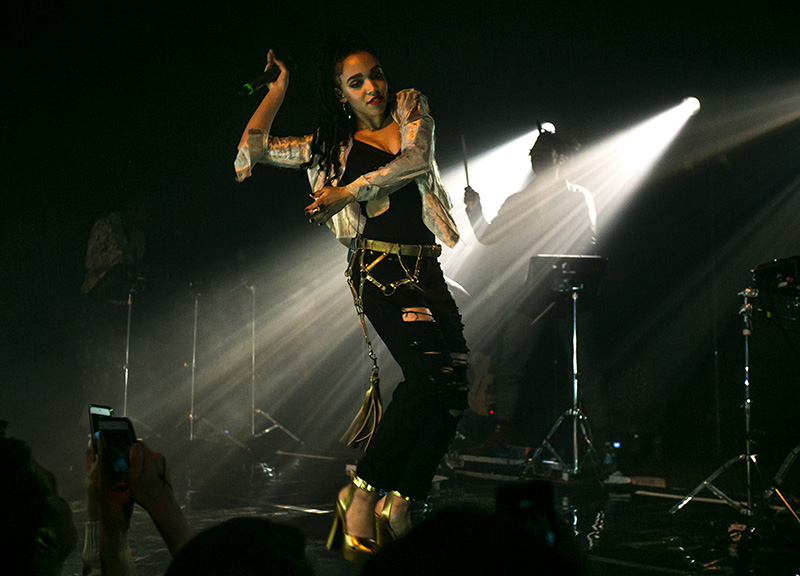 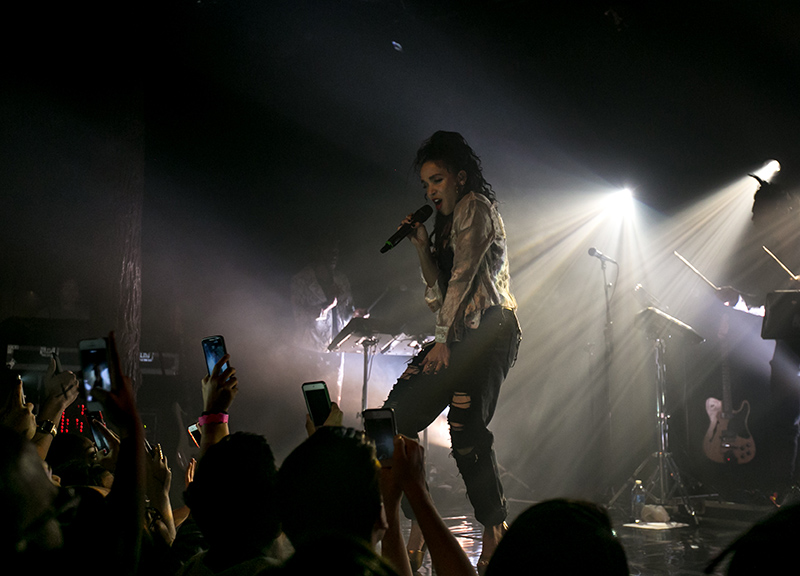 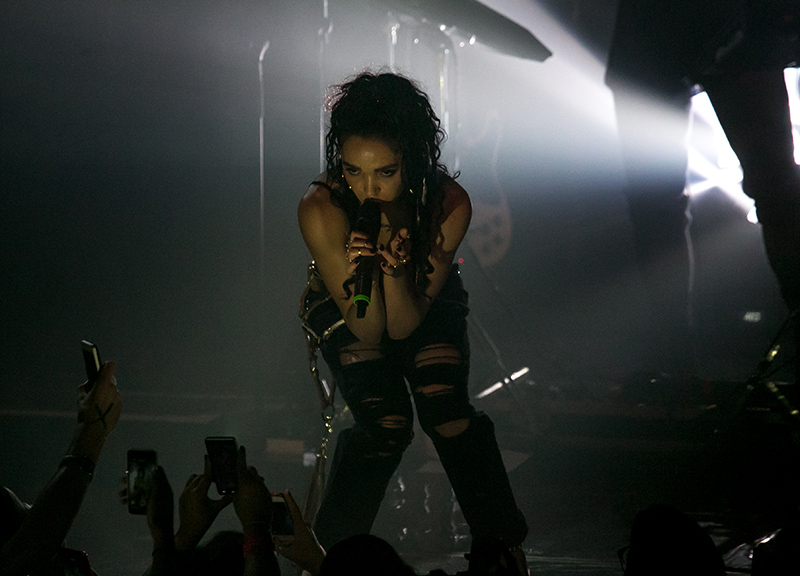 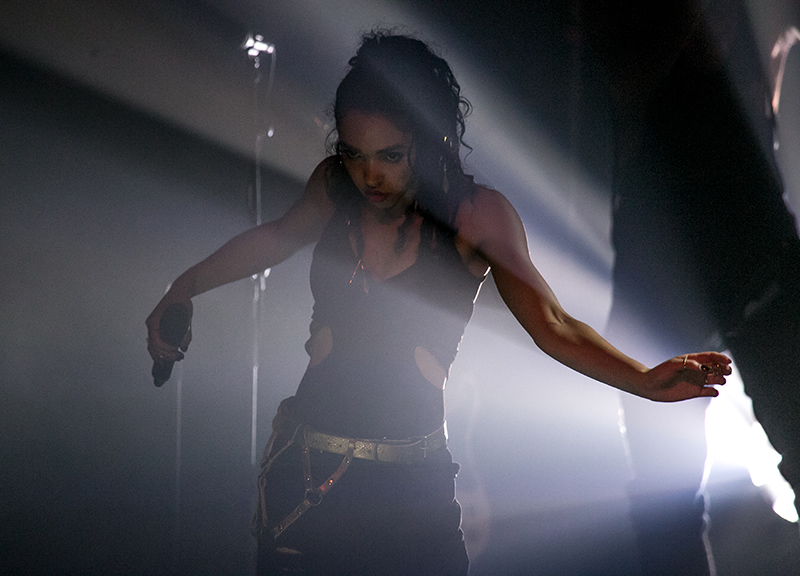 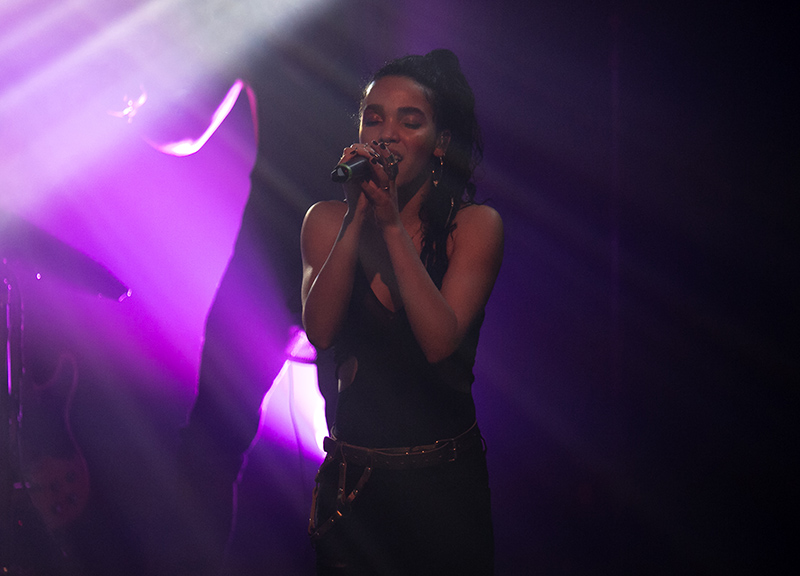 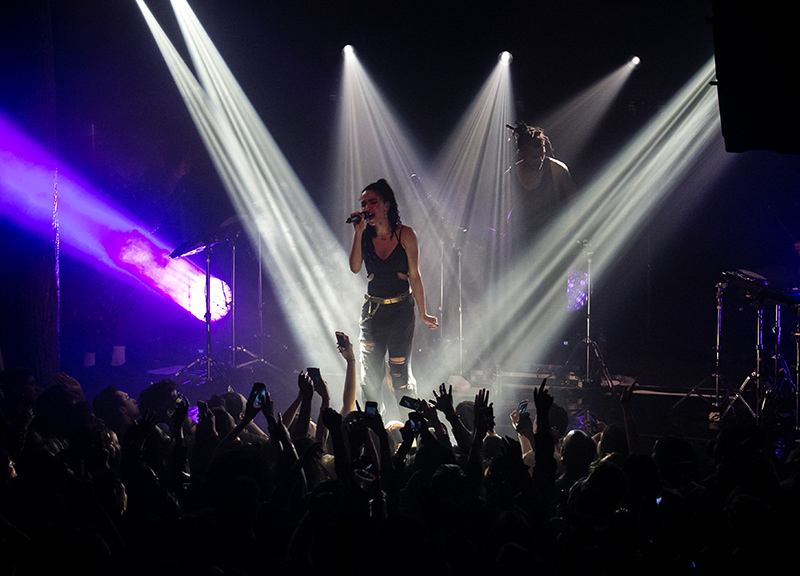 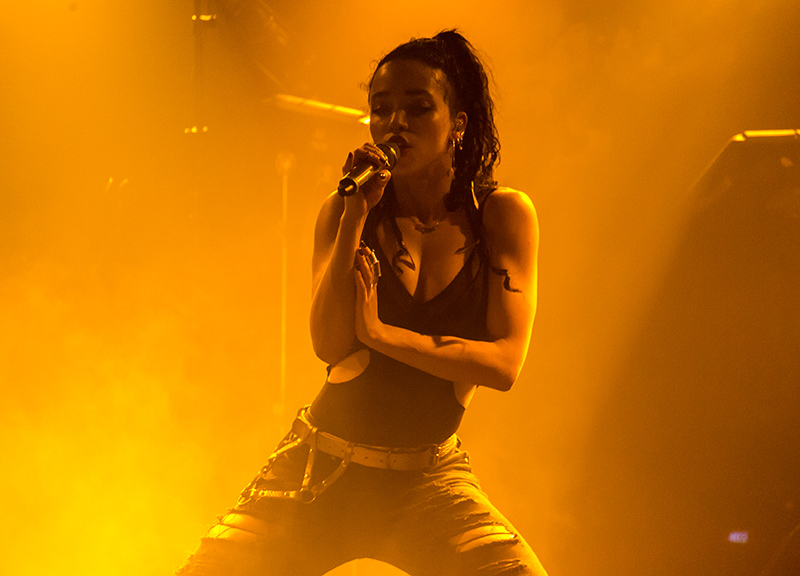 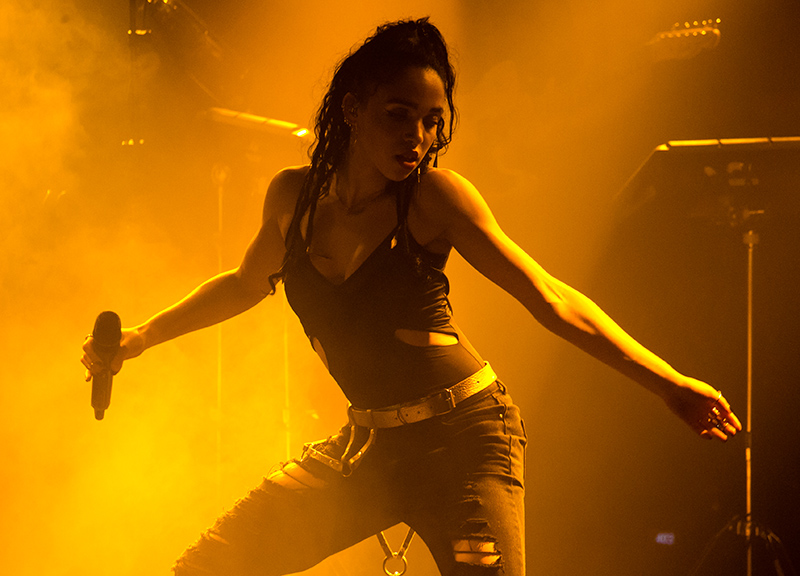 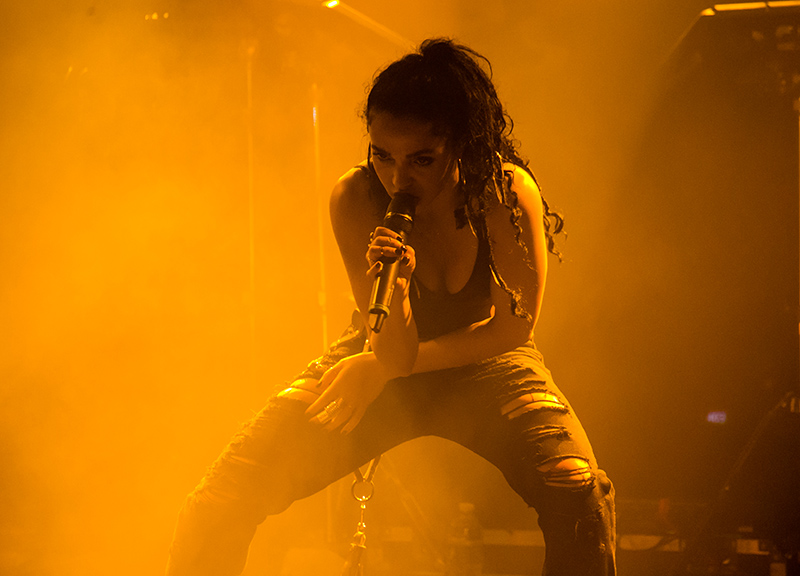 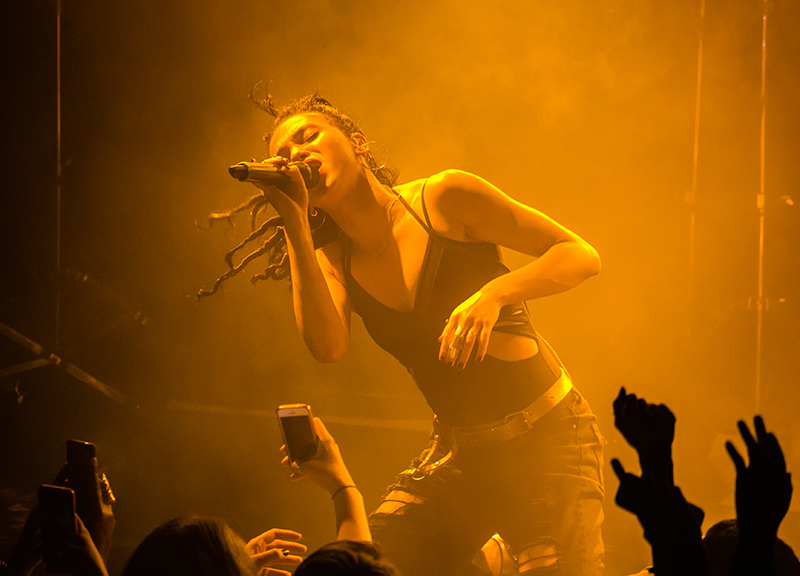