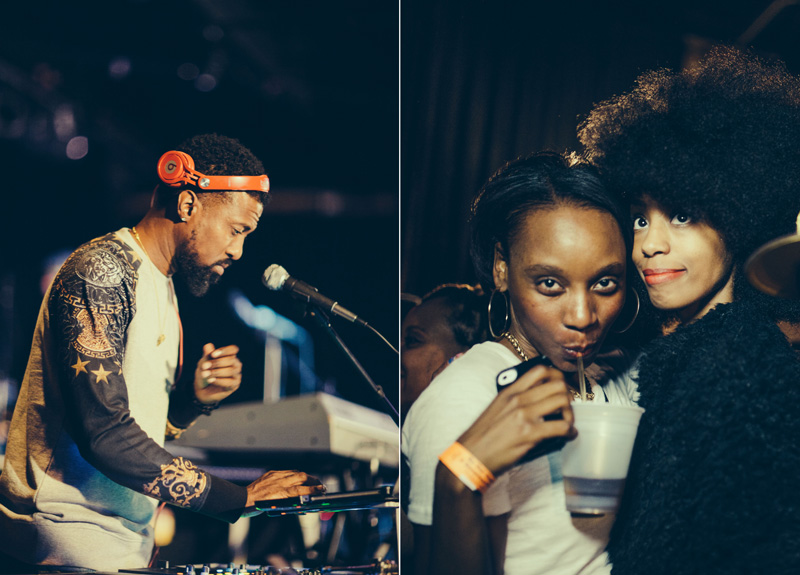 It's pretty safe to say that anyone who showed up to The Prophet Bar on the day before Thanksgiving had a lot to be thankful for. The abundance of plastic cups filled with various colorful liquids suggested that people were thankful for alcohol. Crowd-goers who couldn't control said alcohol were probably thankful for altruistic strangers who were willing to help them to their feet. The people of Rexamillion Productions were most likely grateful for the eighth anniversary of the Wednesday Night Jam Session.

Most importantly: People were thankful for Erykah Badu. If not, they wouldn't have shown up in droves for the chance to be graced by her presence.

As such, the venue was packed just short of midnight in anticipation of the headlining act. Despite the high body count, people were calm and patient, vibing to the sounds of old school R&B and hip-hop pumped out by DJ Jay Clipp. The music pandered well to its demographics, as the crowd was comprised mostly of African-Americans in their 30s and 40s, with a few outlying exceptions. It was a night of solidarity, with the sting of the Darren Wilson verdict and its ensuing protests still fresh in people's minds. Although there was mention of the news, its sting could still be felt.

But it didn't make for a somber night. Instead, people were joined together, as if to find some positive light around them in the darkness of the club. Whatever differences and difficulties existed in life on this night were checked temporarily at the door, leaving room for people to just relax and enjoy the music.

Then the band took the stage, keying up their instruments for the arrival of the headliner. The audience roared, showing that there's no greater love an artist can feel than at home. When the cheering was sufficient, Ms. Badu took the stage like an ethereal being in white vestment. If you've ever felt as if listening to her music via the radio or some portable listening device was an experience, then seeing her live can be counted as life-changing. Her powerful vocals were nothing short of album-quality at this show, solidifying every emotion felt by her crowd, which sang along to her lyrics, even in the most intimate of moments.

She started of the night with “Out My Mind, Just in Time” from her 2010 release, New Amerykah Part Two (Return of the Ankh), with a chilling rendition of the melancholy song. Each song during the set was belted out with grace and professionalism that showcases the local hero's almost 20 years of professional experience. And, really, there's just something about her aura that fills a room, confirming her status as a goddess among humans, and yet somehow still keeping her musician status at 100. She just has a way of seeming fearless while also coming off as vulnerable and brutally honest — and, remarkably, she manages to have fun throughout it all.

It's these qualities that make her so admirable as an artist, making it easier to evoke a great crowd response. Despite whatever pedestal we tend to put her or other artists on based off of media depictions and hearsay, the mark of a great artist is his or her ability to remain humble and show that musicians, at heart, are just fans themselves. A prime example of this? When Ms. Badu performed bits from Brandy's “I Wanna Be Down.” The moment was slightly surreal for many of the audience members, to quote one bystander: “One of my favorite artists is covering another of my favorite artist's songs!” That sentiment was shared through a communal sing-along, although it was hardly the only one of the night. At just about any point in time, you could hear audience members singing along to their favorite songs as if this show was a gigantic car ride with killer stereo quality. The fact that it was the day before Thanksgiving made the whole experience all the more memorable, as strangers wished each other holiday tidings throughout the night.

There was a sense of community — almost as if people were seeing their “family” prior to seeing their real families later the next day. And the unifying factor across it all was Ms. Badu, who acted as the family matriarch that somehow always makes things right, even if it's just for the moment. 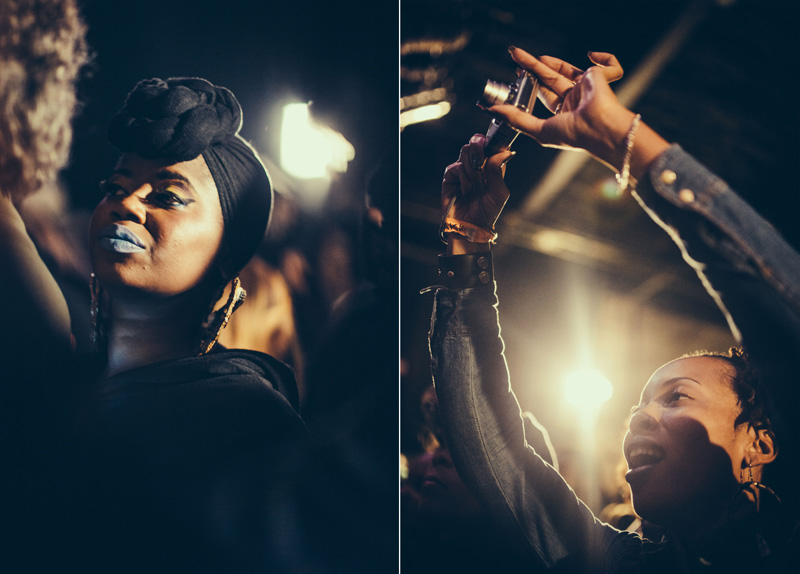 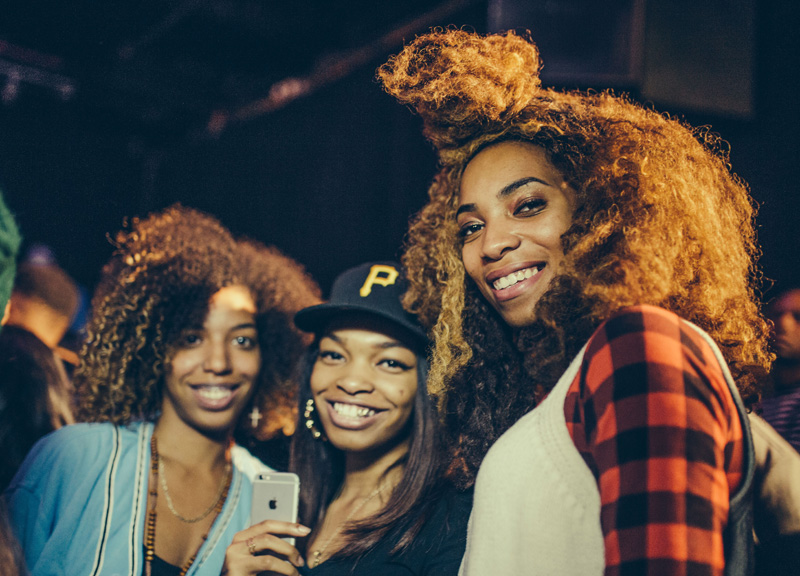 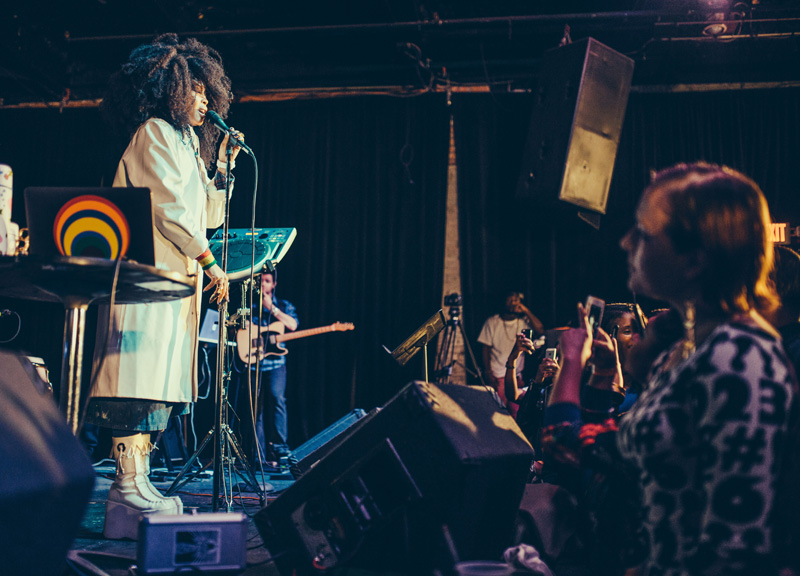 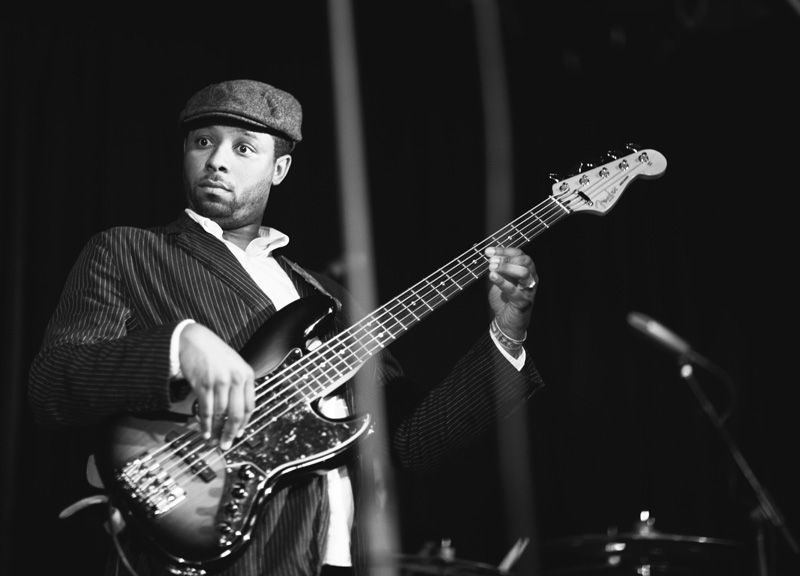 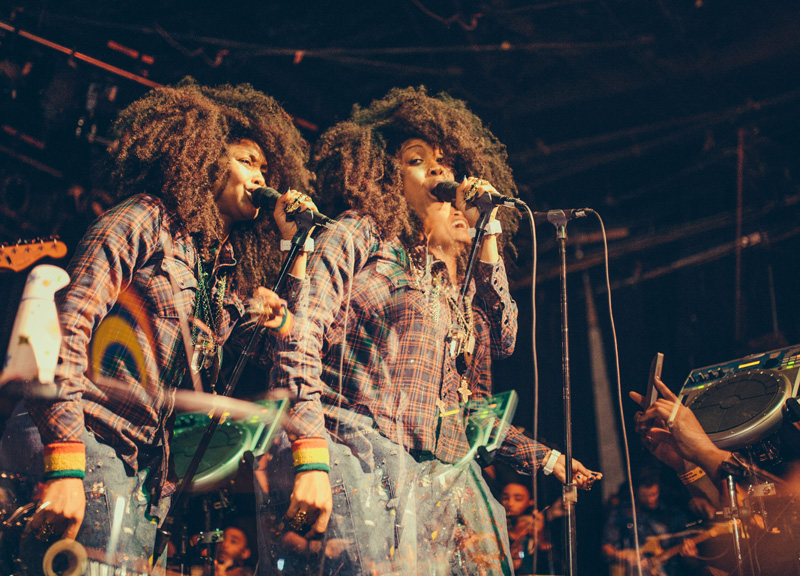 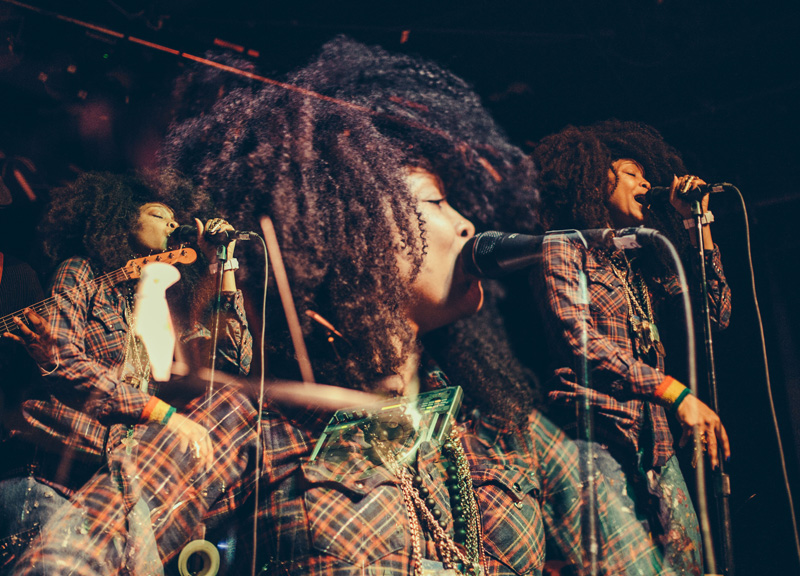 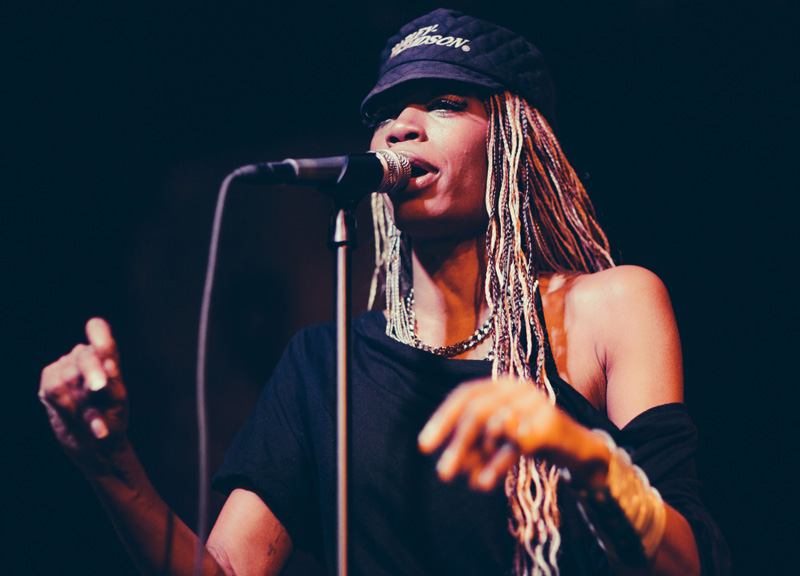 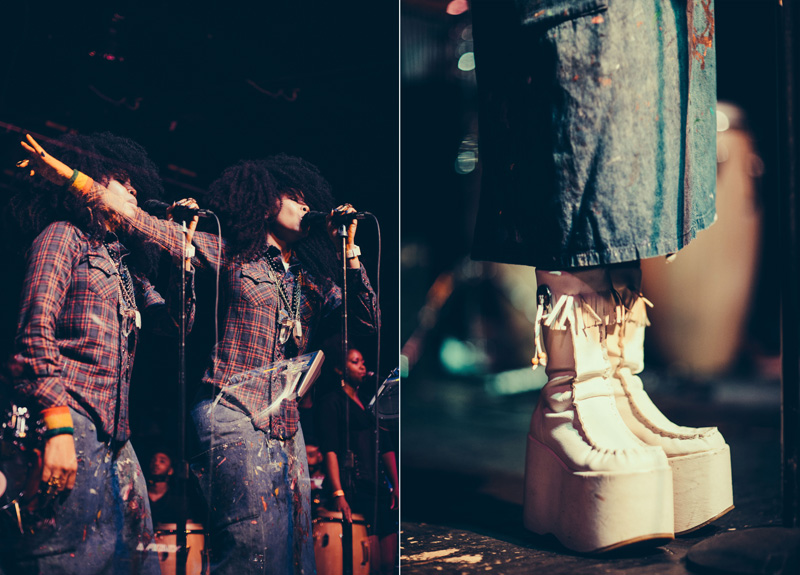 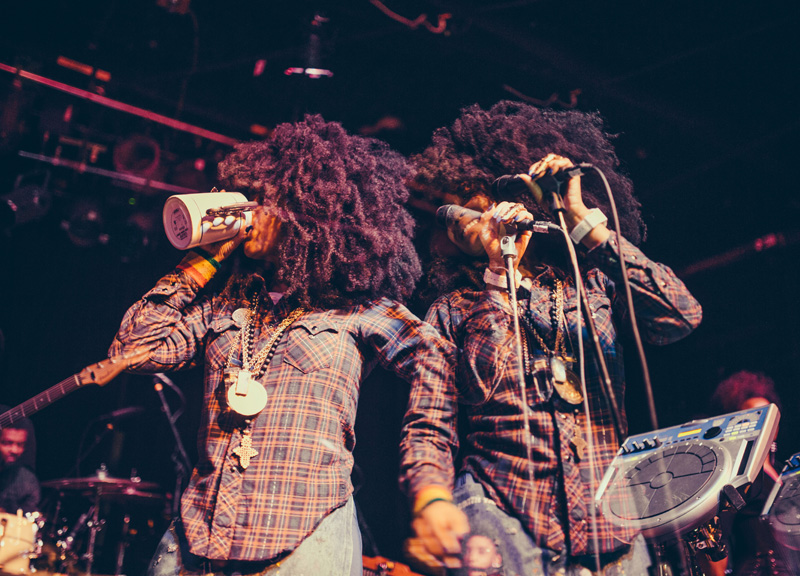 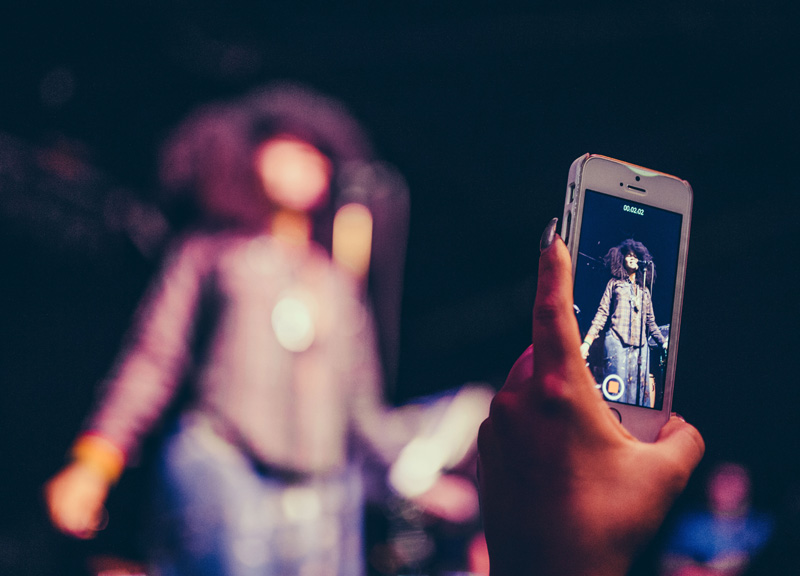 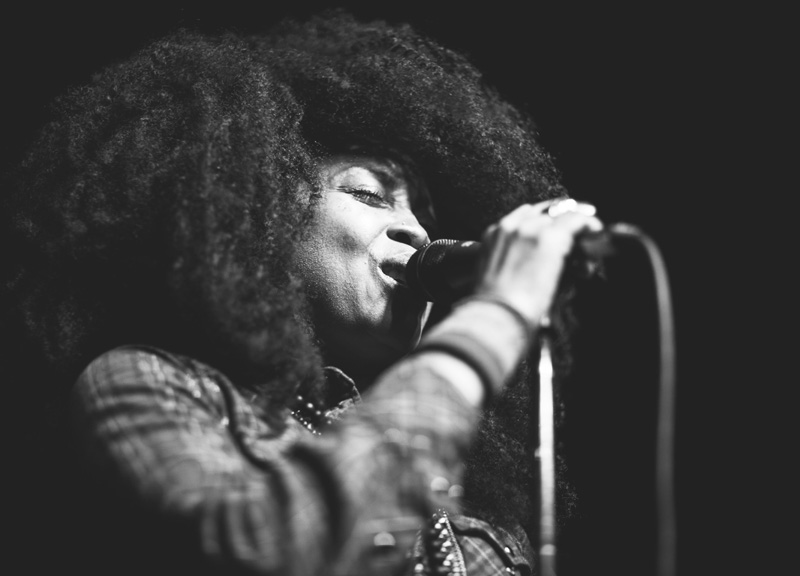 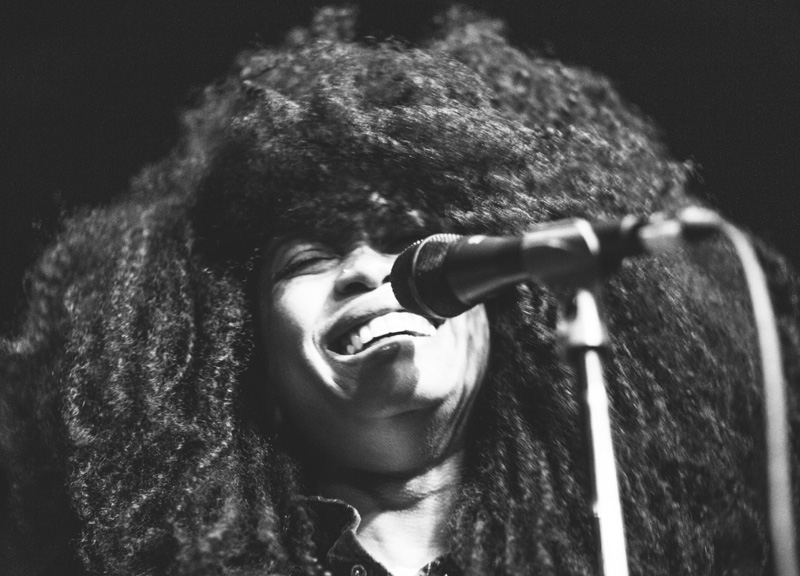 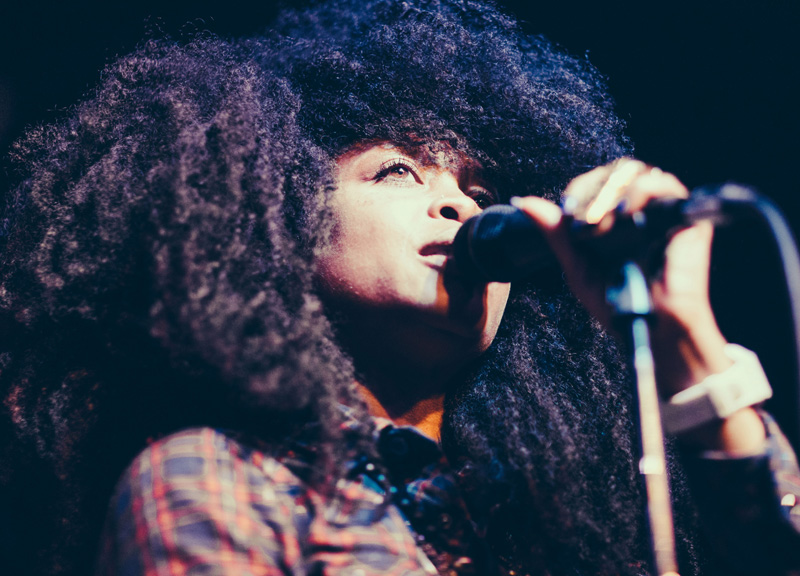 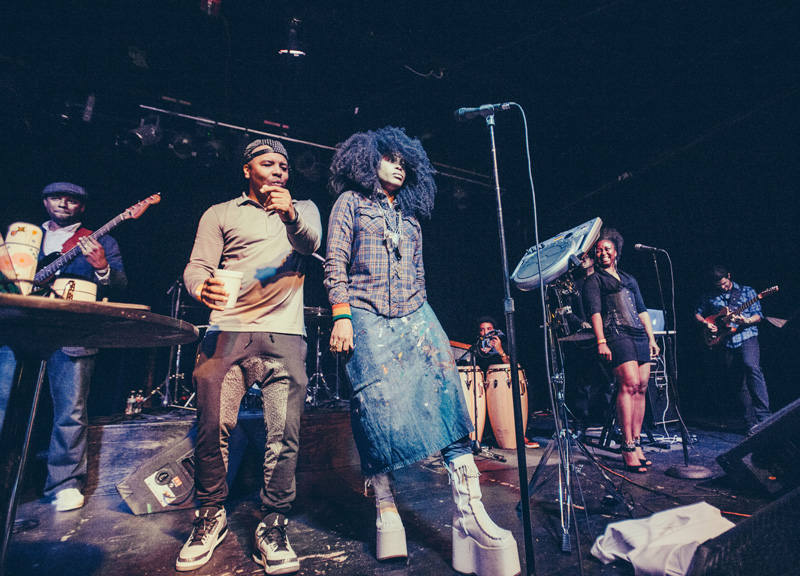 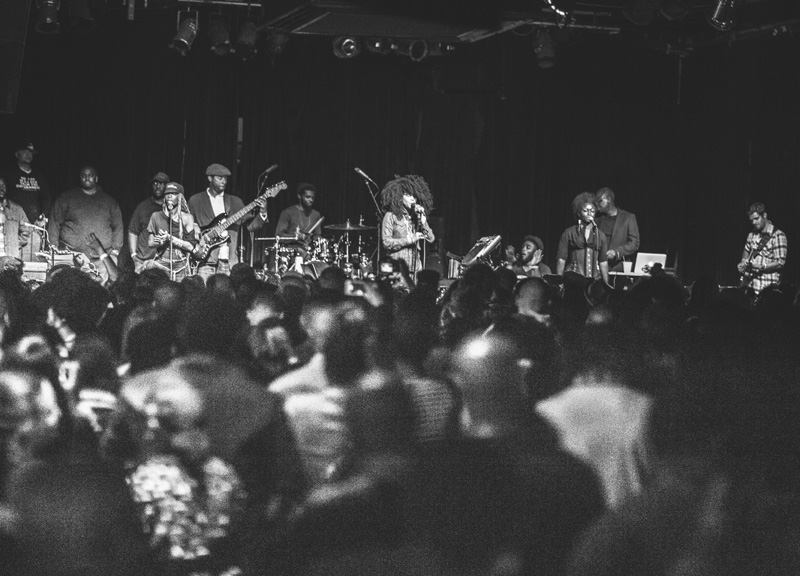 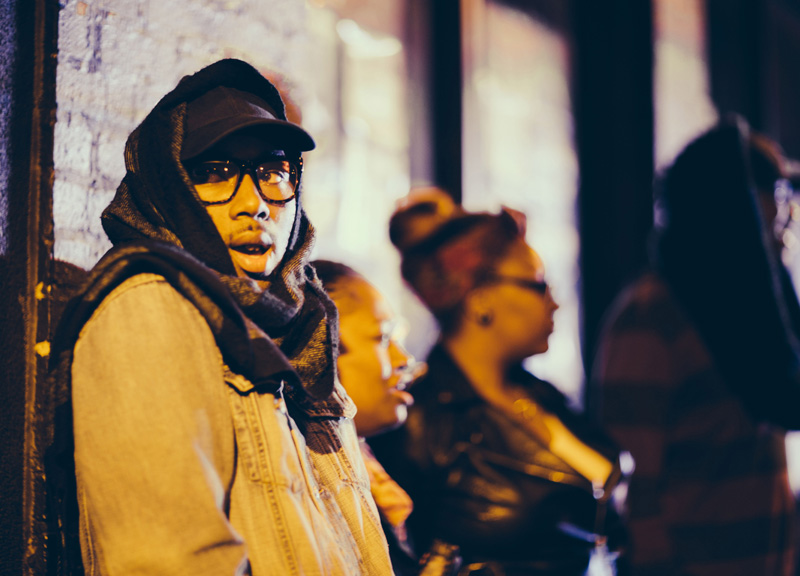 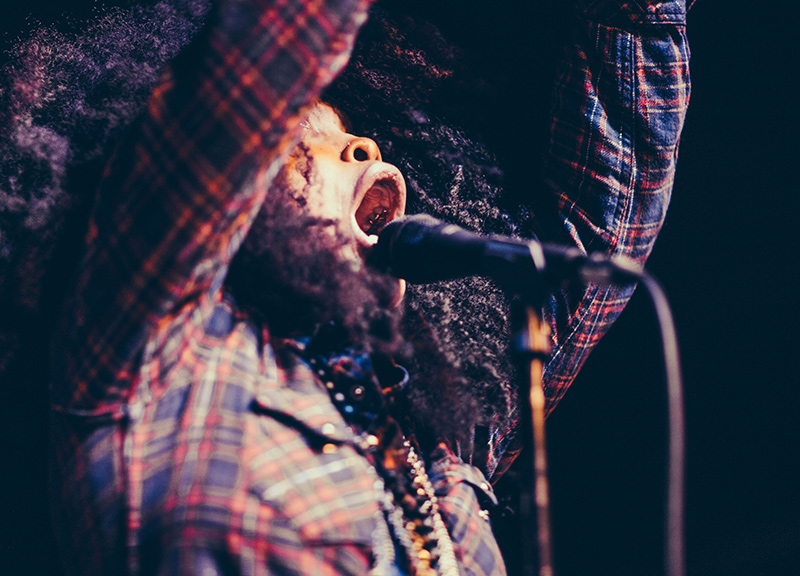