How Dallas DJs Are Adapting To A Pivot Online. 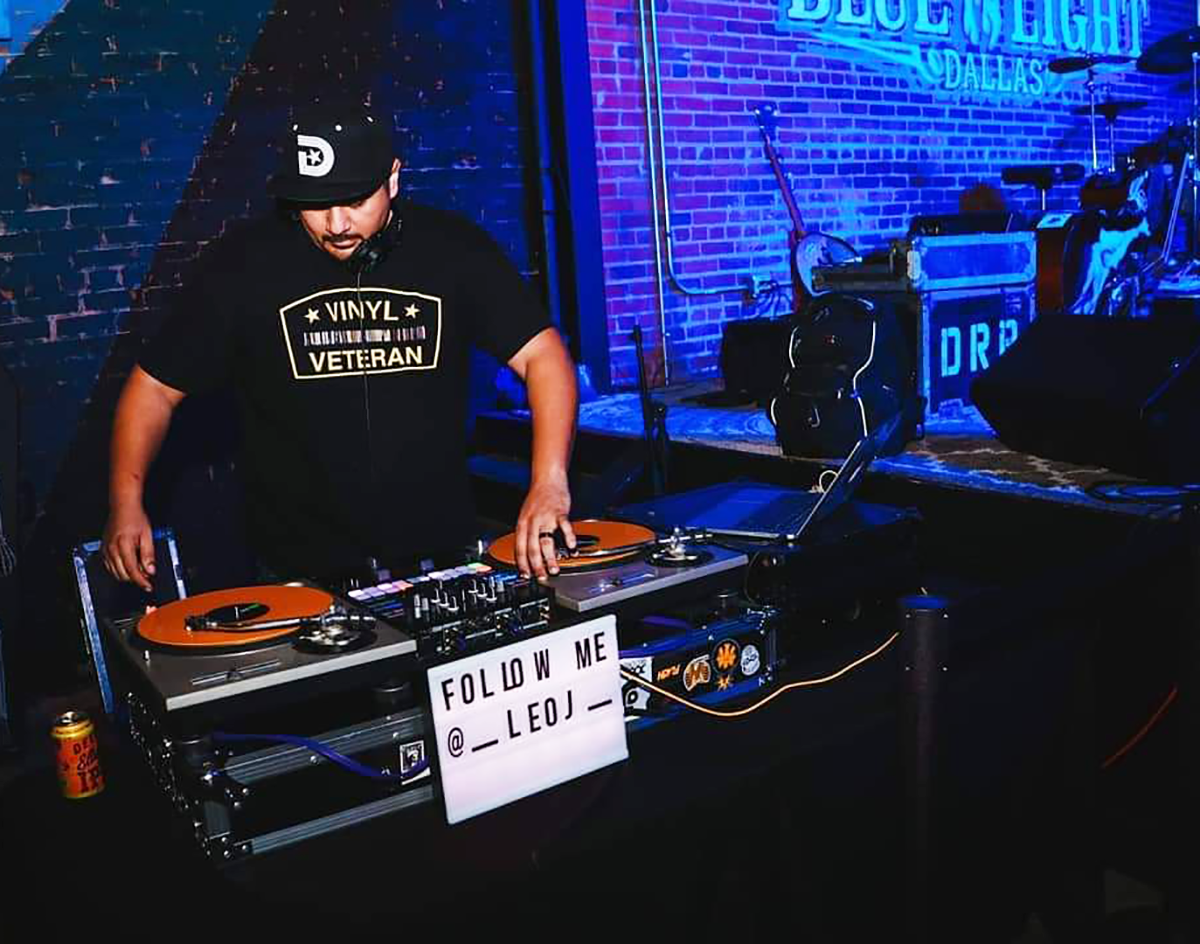 With Bars In Texas Closing Again, And The Pandemic Showing No Signs Of Slowing Down, Some DJs Are Juggling Music Streaming Setbacks.

We’re living in a different world than we were just a few months ago. Daily life has been altered in ways we didn’t anticipate, and with that, entertainment has changed.

Travis Scott put on a concert on Fortnite, Jill Scott battled Dallas’ own Erykah Badu in a neo-soul showdown on Instagram and film festivals from the likes of photographer Tyler Mitchel have created online spectacles that have drawn thousands of viewers over the past few months. Arguably the most notable figure in the proliferation of pandemic entertainment, though, has been DJ D-Nice. The famed New York DJ has curated online gatherings with an Instagram Live audience ranging from Michelle Obama to Mark Zuckerberg, all from his home in L.A.

But as lockdown orders began in March, DJs who could no longer perform for live audiences ran into challenges. The residents at your favorite local spots don’t have the access to clearance or licensing deals that celebrity DJs do. For those who made an income as a full-time DJ pre-covid, being left to figure out how to continue sharing their craft has been a struggle.

This, obviously, is due to copyright laws that extend to broadcasts on social media.

“Takedowns happen because legally, only the owner of the song has the right to publicly broadcast the song, unless you have paid licensing fees,” Shay M. Lawson, an intellectual property and entertainment attorney, says. “DJs haven’t had to experience this in the past because bars and other live event venues pay these fees.”

DJs who haven’t been able to obtain these licensing agreements behind the scenes are now left with finding work-arounds in order to share their craft. Leo J, a 20-year veteran in the Dallas nightlife scene, has struggled with this.

In response to take-downs, industry message boards have suggested skirting flagging by playing songs for shorter amounts of time, playing remixes and including an outright disclaimer of “I don’t own the rights to this music.”

Because of these roadblocks, many DJs, including Leo J, have made their way to Twitch, a live-streaming platform made popular by gamers.

Though it hasn’t been without hiccups, DJ K-Mor credits his joining the platform to fellow Deep Ellum DJ Junk Food, after the latter suggested the alternative.

“People don’t even know you can put Twitch on your X-box or your firestick,” K-mor says.

Although Twitch appears to be a more friendly destination for DJs, some users have faced an uptick of DMCA complaints, which has led to an increase of takedowns as of late.

Similar streaming sites like Youtube and Mixcloud have come to an agreement between creators and rights holders. For instance, Youtube has the technology to flag copyright ownership and redirect monetization from the Youtuber to the rights holder. In late April, Mixcloud announced a beta of its live-streaming service catered directly to DJs as “the only legal and licensed streaming platform for creators to upload and live stream their shows,” with plans to integrate a model like that of Patreon where fans make a monthly pledge that pays out artists, songwriters and DJs.

The headache of that is convincing your audience to move to yet another streaming service, leading to a possibility of over-saturation of cross-platform marketing.

It’s too soon to know if Instagram and Facebook will adapt toward a total focus on virtual, live entertainment as the pandemic rages on. Facebook, which owns Instagram, has shown recent progress in approaching licensing deals with labels, but it still hasn’t found a way without specific agreements such as music sharing within short-length Instagram stories.

She believes the platforms will eventually find a way for “business” accounts and intellectual property owners to agree on a deal or sorts to cover the cost of licensing.

Still, as the current landscape stands with no sign of an end to pivoting to digital streaming in place of live events, DJ K-Mor remains optimistic.

“I want people to realize that you may have to click a couple of places, but it’s just like bar hoping,” he says. “If you go bar-hopping, you’re gonna have to take your ID out a couple times.”

Cover photo by Karl X Ramos courtesy of Do214.