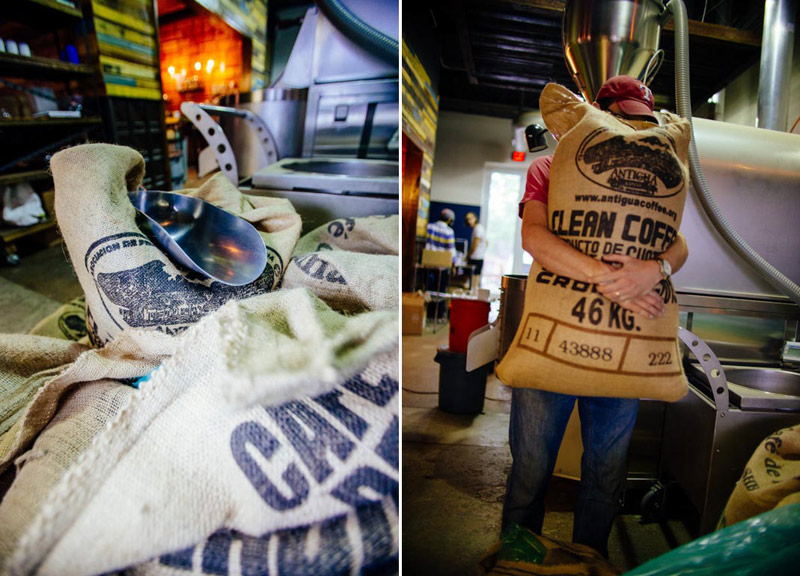 Its Direct Trade Beans Are The Key To Oak Cliff Coffee Roasters’ Success.

In the grand scheme of coffee cities Dallas is kind of a sophomore in the game.

Up until the later part of the 2000s, the city was mostly slave to the conveniences of coffee chains and the uninspiring tastes of instant coffee. Long after other cities were thriving with the latest brew methods, top of the line espresso machines and high quality beans DFW wasn’t doing much to put itself on the map.

But a subculture of coffee connoisseurs — those who’ve experienced glorious caffeinated nectars abroad and/or followers of latest coffee news and trends — was cultivating itself for the next wave. And one of the key players at the forefront of the new era was roasting aficionado Shannon Neffendorf of Oak Cliff Coffee Roasters.

Currently, the roasting company supplies more than 60 wholesale clients throughout the Metroplex with an array of single origin coffees, as well as serving drinks out of a swanky showroom/coffee bar. The ubiquitous brown paper bags with the trademark blue logo that can be found at some of the most recognizable coffee fronts in the area obviously didn’t just get there overnight. OCCR’s humble beginnings follow the lines of an oh-too-familiar anecdote — a door-to-door business, but less Death of a Salesman and more grassroots.

“We started offering our beans to the public in 2008 out of frustration of the lack of quality and transparency in Dallas,” says Neffendorf about the company’s humble origins. “We wanted people to be able to buy fresh coffee and know exactly when it was roasted, and exactly where it came from — not just the country or the region, but the specific farm and farmer.”

Before Neffendorf embarked on his milkman-style quest to provide fresh beans, locally roasted coffee was a scarce commodity. A local coffee scene was virtually non-existent. Dallas coffee snobs sought something more, which helped the company start to saturate the market.

“We have grown because Dallas was thirsty for the level of quality that we offer,” Neffendorf says.

Perhaps what set OCCR apart within the burgeoning coffee scene was its focus on single origin coffees and direct trade relationships with the people who produce them. Coffee grows in what’s known as the coffee belt, the region between the Tropic of Cancer and the Tropic of Capricorn, and is a commodity that’s often subsidized in various countries. This affects the way the crop is distributed, with the vast majority of product going first to government agencies for export — making up the name-brand instant coffees we see on grocery store shelves, trickling down to consumer export.

The results of this are too often mistreatment and exploitation of farmers, taking away from the return of their hard labor and quality of life. It’s because of this that coffee culture has increased its focus on the transparency of production, and sys Neffendorf, it’s the reason why direct trade relationships with their bean suppliers are so important.

“We take two to three trips per year to visit with farmers, and see their farms and their workers,” says Neffendorf. “We also partner with producers for betterment of their workers’ lives and their coffee as well. Much of the premiums we pay for coffee go towards programs on the farms for things like healthcare, schooling and basic quality of life like water filtration in workers’ homes.”

Currently, Oak Cliff Coffee Roasters has direct trade relationships with about 15 farmers, with hopes to expand that number to around two-dozen. These farmers are primarily located in Central and South America, with a couple of outlying exceptions.

As far as the selection goes, the beans are chosen out of samples sent by producers that OCCR have worked with year after year. Before each harvest, a pre-determined quantity is set so that the farmers can plan accordingly. From each crop, the roaster receives a wide variety of samples that vary in from different microclimates and varietals within the farm. Once the best are chosen, the contracts are drawn and a third party is hired to bring the coffee to the U.S. The offering list at the shop changes every one to three months, with each coffee being offered around the same amount of time.

For the roasting itself, says Neffendorf, OCCR likes to keep things “clean and sweet,” as sweet and bright flavor profiles are preferred. Roasts are kept to the lighter side in a style that has been cultivated over the past seven years, back to the days when Neffendorf was roasting out of an old converted gas grill out of his garage. And while he’s upgraded his equipment and evolved his roasting methods, he’s also experienced the growth of Dallas coffee culture first hand.

“From a roasting perspective, six years ago you could not walk into a cafe or a grocery store and consistently purchase high quality beans from a specific farm with the transparency as to when that coffee was roasted,” Neffendorf says. “And directly sourced coffee was even more of foreign idea. If you wanted that kind of experience you had to buy online, or roast your own, which is what I did. Today you can walk into more than a dozen cafes and a couple of dozen specialty grocers, and the like, and choose a single-farm coffee that was roasted within the last week.”

A part of the reason for the shift towards craft coffee in Dallas, according to Neffendorf, was a converse reaction to the nation brands that dominated the city, in coffee and in general. He acknowledges that even though independent coffee existed prior to the change, there was a lack of community and “specialty-quality” coffee. “The scene is younger here than many cities on the West Coast, but it’s a thriving scene that has developed differently than other cities for a variety of reasons,” he says.

But whatever the reasons behind the emergence of craft coffee in Dallas, there’s no question of OCCR’s role in making it happen, and taking coffee to the next level.

“I think that OCCR and Davis Street Espresso in many different ways have been pioneers in regards to how the specialty coffee scene has developed in Dallas,” Neffendorf says. “Our goal is that we are part of the leadership of this community and we are constantly trying to push it further and develop it more.” 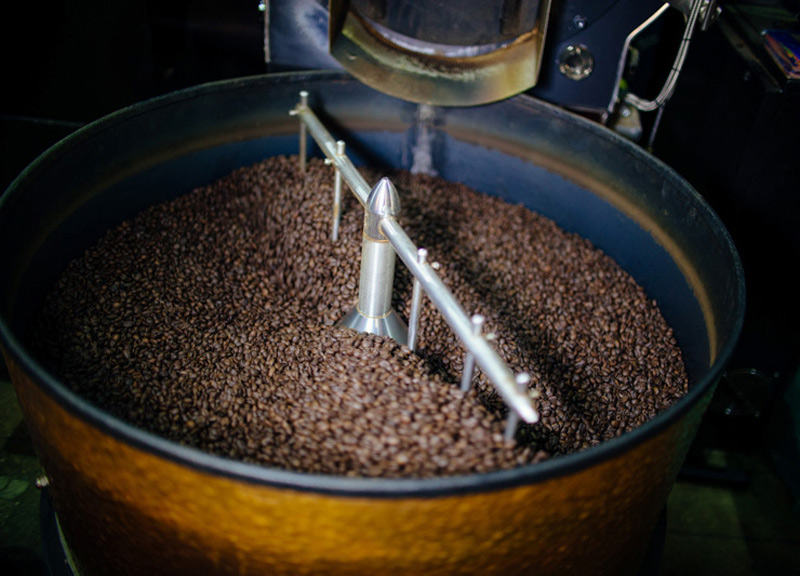 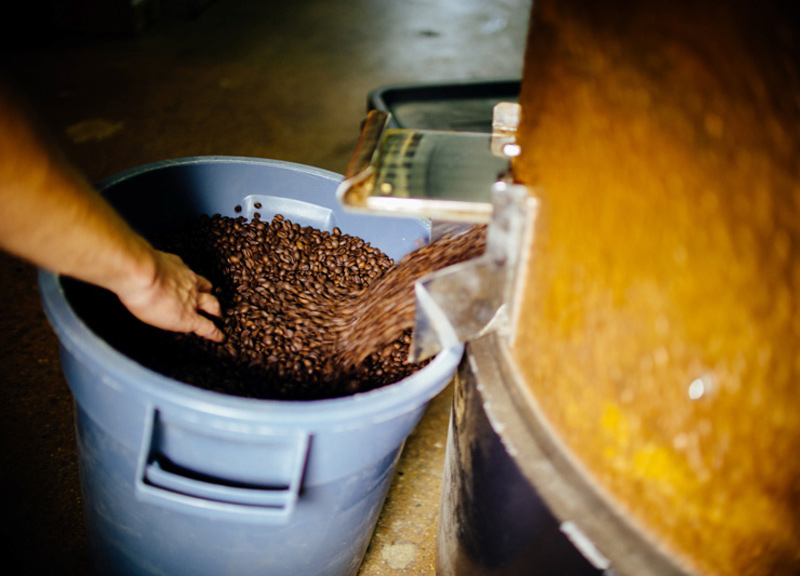 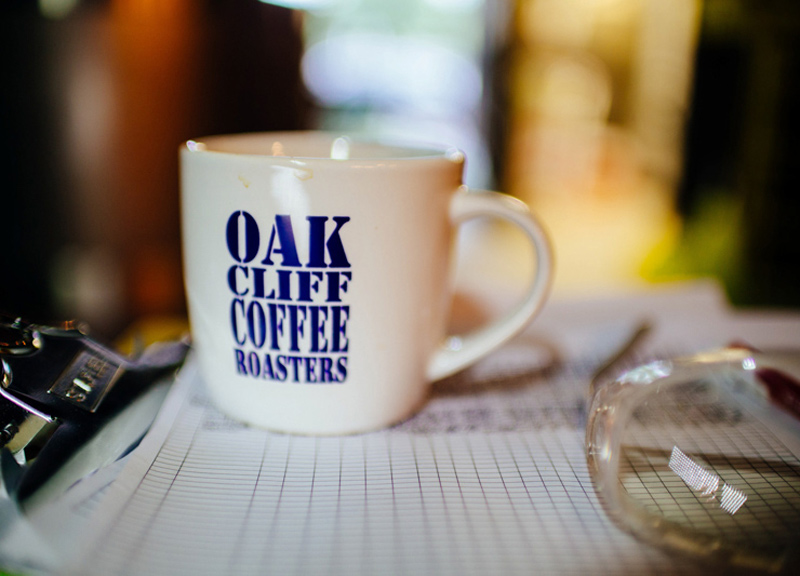 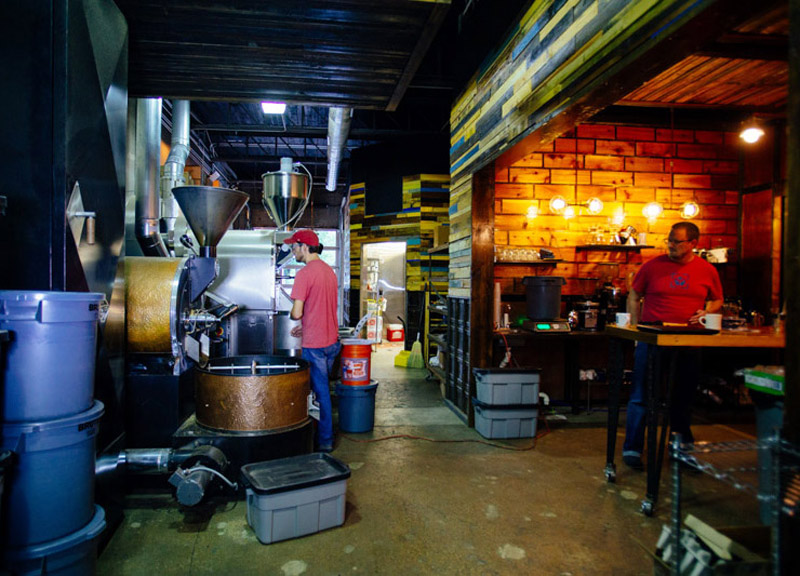 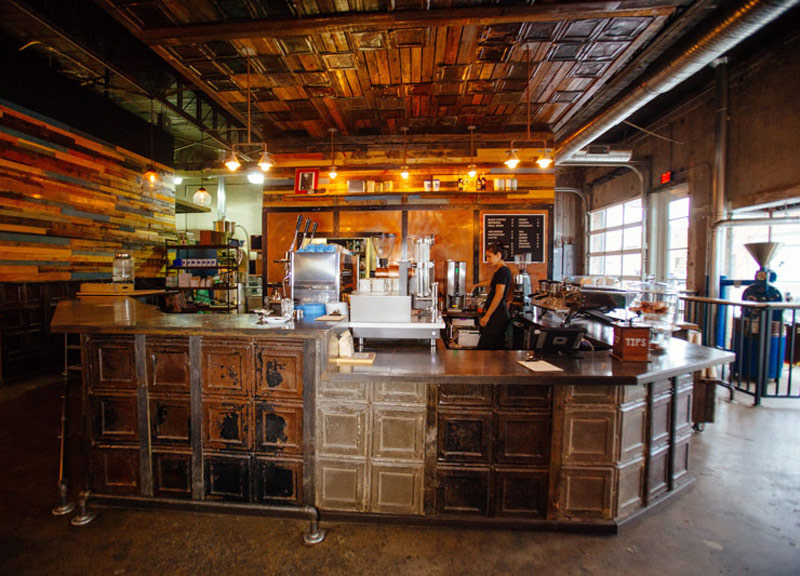 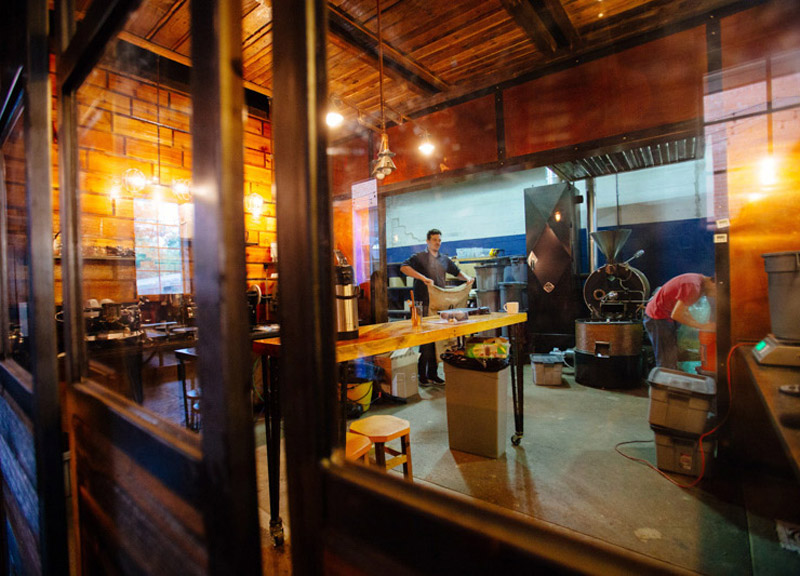 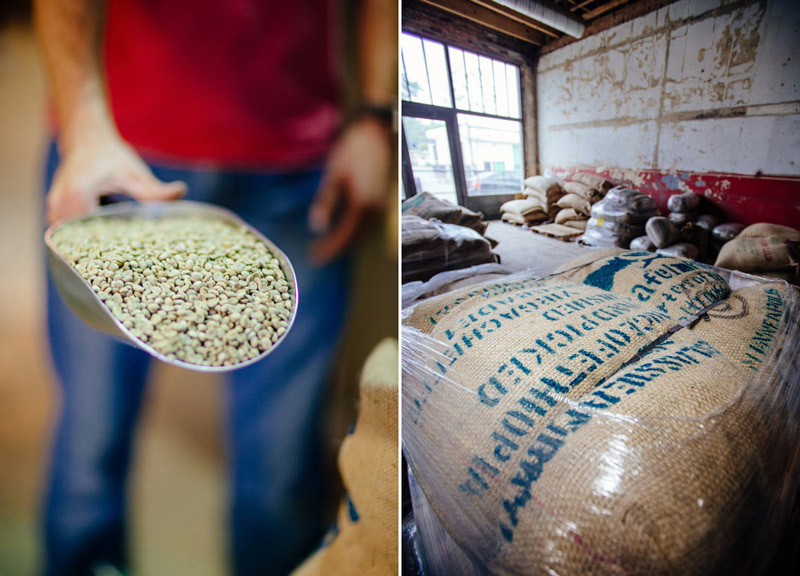 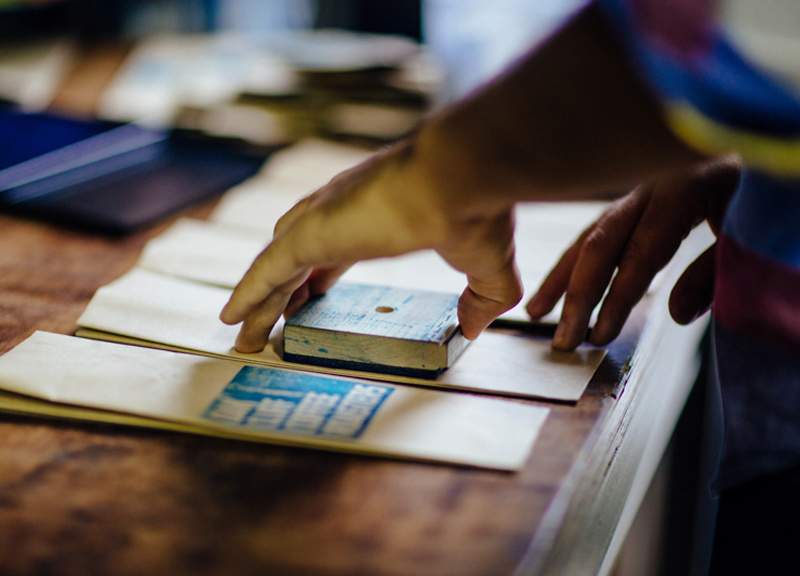 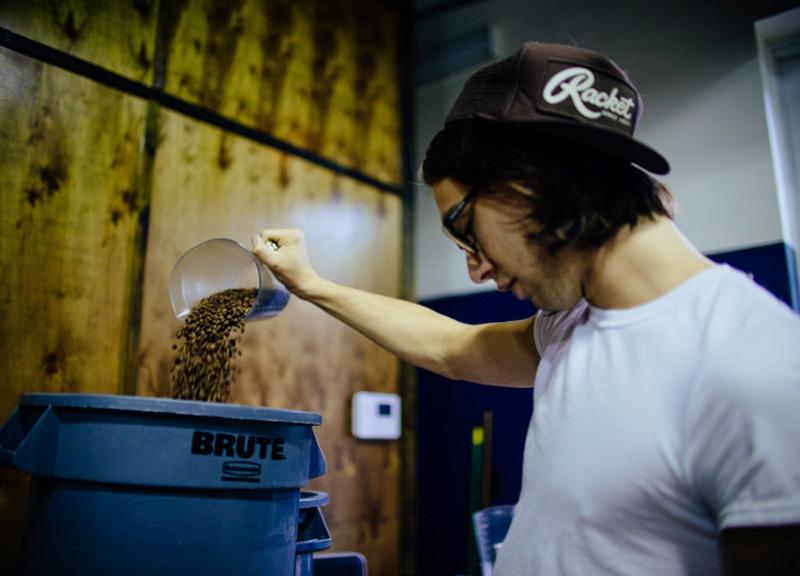 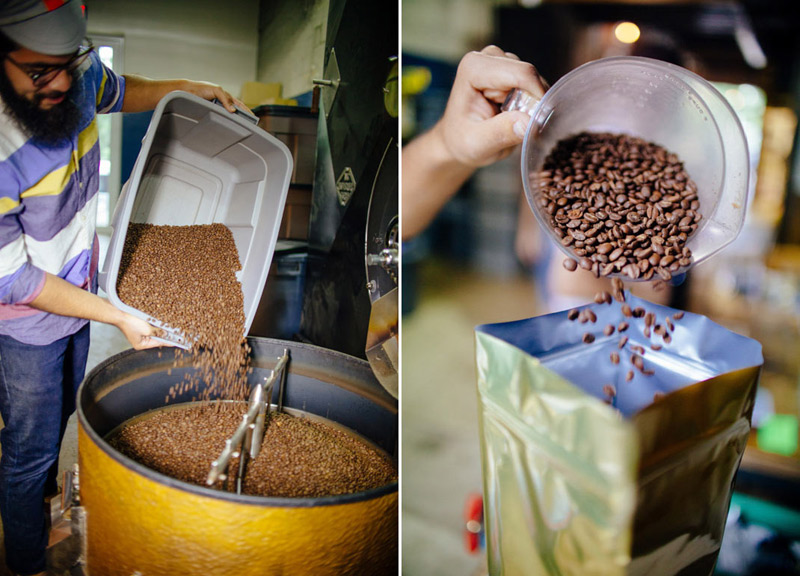 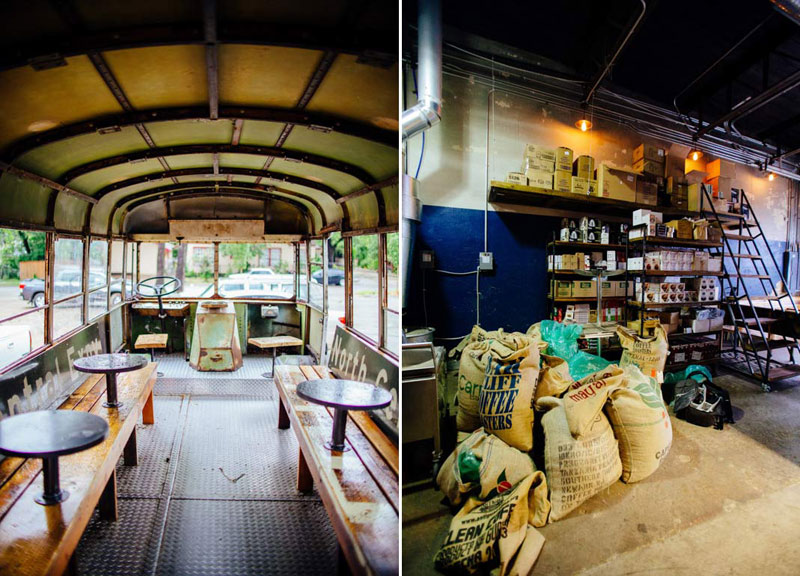 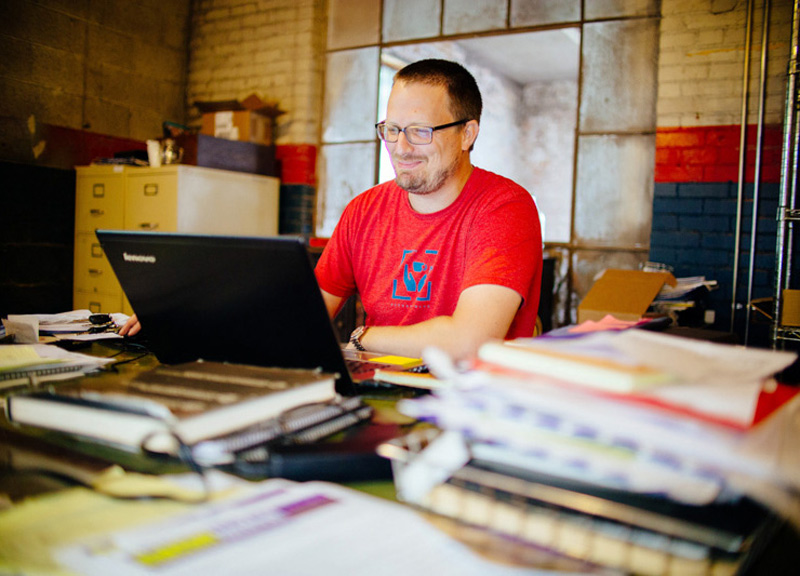 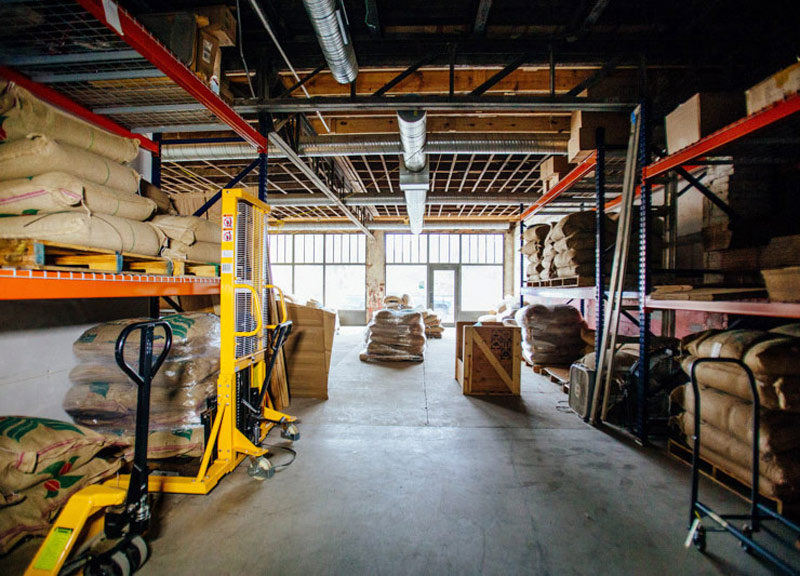