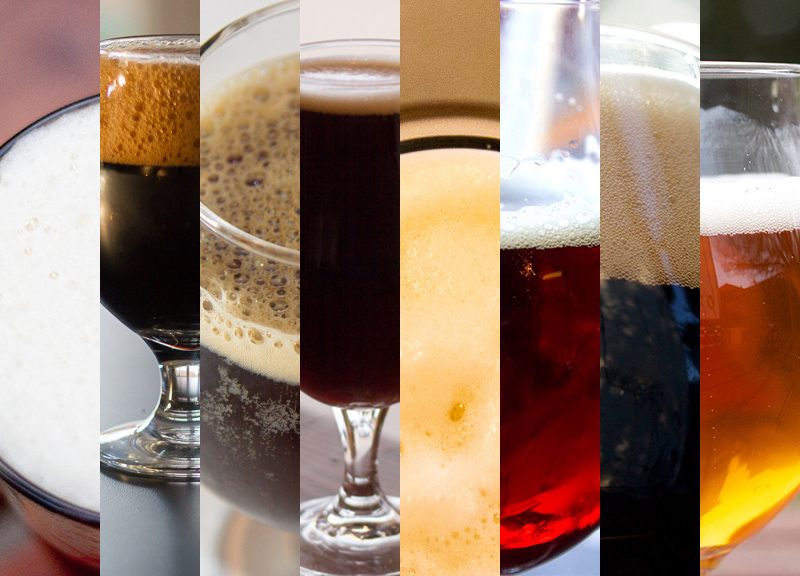 The 17 Must-Try Beers At This Weekend’s Untapped Dallas Festival.

This is a sponsored post presented by Untapped Dallas, which goes down Saturday, November 1, outside of the Gilley’s Complex on South Lamar Street. In addition to live music performances from Cake, Shovels & Rope, Deltron 3030, The Polyphonic Spree and more, over 80 breweries will be on hand presenting more than 300 beers in total for sampling. Combined beer-sampling and concert-viewing passes start at $42. Get your tickets here.

Untapped Dallas, that glorious combination of craft beer and live music, returns for its third-ever edition this coming Saturday, November 1, at the Gilley’s Complex in The Cedars.

While the lineup of 300-plus beers being offered for sampling is indeed impressive, we’ve counted 17 that really stand out above the rest.

Given that we tend to focus on the local scene with our On Tap beer-reviews series, I’ll admit that there’s definitely an emphasis on the local product in my list of the festival’s top offerings. But, really, given how well Texas — and North Texas in particular — has fared on the competition scene lately, our nod to the local brews is not meant to artificially pump up the local guys. These beers are on par with — if not better than — some of the national players that will be pouring their own delicious liquids on Saturday.

That disclaimer out of the way, here are our 17 top picks for sampling Saturday’s Untapped Festival, including a few extras that just barely missed the cut.

Alaskan Brewing Company’s 2004 Smoked Porter. Well, they had me at 2004. Alaskan’s smoked porter is one of Alaskan’s premier beers, released once a year in “vintages,” and it’s one of the few beers out there that can be aged for long periods of time. Still, 10 years is a long time for any beer. Word is, though, that this one has supposedly held up well.

Avery Brewing Company’s Rumpkin. Think of this one as the biggest punch-you-in-the-mouth pumpkin beer you’ve ever had. Aged in rum barrels and checking in at a whopping 16 percent ABV, this one’s a doozy — and clearly a sipper if there ever was one.

Community Beer Company’s Legion. Community’s newest — a 10 percent ABV Russian Imperial Stout — is a winner. Look for it to compete with the likes of Lakewood’s Temptress as the best stout in North Texas moving forward.

Dogfish Head’s 120 Minute IPA. Hard to find and harder to brew. Dogfish’s 120 Minute IPA, much like Avery’s Rumpkin is another member of the high-ABV club, clocking in between 15 or 20 percent, depending on the year. Put simply: 120 is a boozy hop-lover’s dream beer. Just be forewarned that it’s not an advisable beer to drink a full pint of as a nightcap after a night out at the bars. Learn from my mistakes, folks.

Founders Brewing Co.’s Kentucky Breakfast Stout. One of the rarer beers that Founders brews, Kentucky Breakfast Stout is an imperial stout that’s brewed with coffee and chocolate, then aged in oak bourbon barrels for a full year. Extremely popular and well reviewed online, this one will be on quite a few “must-drink” lists for this festival, and will probably move quite quickly. Act accordingly.

Jester King Brewery’s Aurelian Lure (Cask) and Jester King Surprise Beers 1 & 2. Aurelian Lure — essentially an apricot sour that’s been aged in oak barrels — is reason enough to stop by the Jester King booth this weekend, but the two surprise beers the brewery’s also bringing along are likely to delight as well. See, here’s the thing: Jester King brews like Aurelian Lure rarely seem to make it outside of the brewery in Austin, so this will be one of the few times to sample this outfit’s ware’s north of Waco. Take advantage of it.

Peticolas Brewing Company’s A Lost Epic. The newest offering from Peticolas, an 11 percent ABV Belgian tripel was kept pretty mum until recently, even though this beer has actually been listed quietly on Peticolas’ website since it opened several years ago. Well, brewer Michael Peticolas finally got around to brewing it this year. And, let me tell you, it’s delicious. Smooth, well-balanced and featuring a great Belgian yeast character, you can barely tasted the elevated alcohol levels.

Revolver Brewing’s Sangre y Miel. We all love Revolver’s Blood & Honey, right? Well, Sangre y Miel is a Blood & Honey batch that’s been soured and aged for a year in white wine barrels. Given that sours aren’t a style often seen in the North Texas market, be sure to get your hands on this one this weekend.

Texas Ale Project’s 50 Foot Jackrabbit IPA and Somethin’ Shady Porter. Texas Ale Project is still under construction in the Design District, but that hasn’t stopped this upstart brewery from pouring small batches of its beers at various events around town, including the Texas Craft Brewers Festival back in September. Channel your inner hipster and be one of the first in North Texas to sample some brews from one of Dallas’ newest offerings at this event, too.

Saint Arnold Brewing Company’s 2013 Pumpkinator. Saint Arnold’s annual ode to the pumpkin is one of my top three pumpkin beers in the country (see also: Southern Tier’s Pumpking and Dogfish Head’s Punkin), and also one of the most in-demand beers among the local beer nerd set. It’s easy enough to understand why: This brew rarely disappoints. Expect this 2013 edition, with its full 10 percent ABV, to have aged quite nicely.

Karbach Brewing Co.’s Bourbon Barrel Aged Hellfighter. We love our North Texas beers and we readily concede the strength of the Austin beer scene too, but know this: Houston has been growing quite the vibrant craft beer scene of its own, and Karbach is one of the breweries at the front-and-center of that movement. Since Karbach beers aren’t found too often around North Texas, any chance to sample its offerings should be considered a treat. And this brew, an imperial porter aged for at least five months in bourbon barrels, has all the requisite high ratings on beer review websites to make it a must-try.

Untapped Dallas goes down Saturday, November 1, outside of the Gilley’s Complex on South Lamar Street. Get your tickets here.