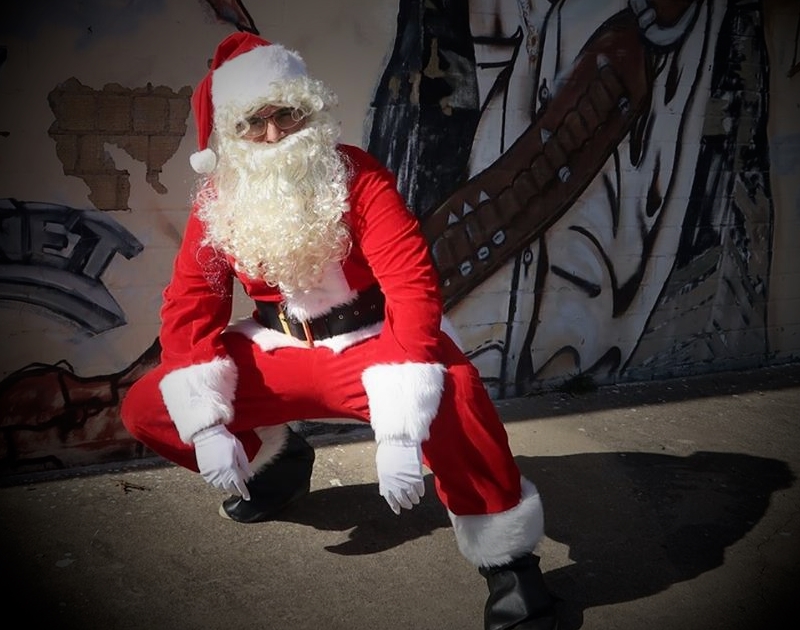 Check Out This Hard Jose Feliciano Remix You Didn’t Know You Needed This Navidad.

RayBurger — Feliz Navidad (feat. Santiago Holder).
RIYL: Prosperous years and happiness.
What else you should know: As reported by Nielsen SoundScan, Jose Feliciano’s 1970 holiday single “Feliz Navidad” is the eighth-most downloaded Christmas song of all-time, racking up more than 800,000 downloads between 2003 (when the company began keeping track of these stats) and 2016 (when this article was published).

That still pales in comparison to the more than 3 million times that one certain Mariah Carey holiday joint has been downloaded in that span. Yeah, you know the one.

As we once uncovered, though, she may have kinda, sorta stolen that tune from a Dallas artist. So, perhaps current Dallas artist RayBurger thought, it was about time Dallas stole one back?

Enter his hard, speaker-clipping trap edit of Mr. Feliciano’s innocuous and unavoidable holiday classic. Like much of what can be found in the electronic genre, the two-language international hit is both simple and repetitive — just a single English sentence and a single Spanish sentence, alternated ad nauseam — making it ripe for a remix treatment such as this.

When RayBurger post this clip earlier this week, he did so by saying that critics have already pronounced his song “an absolute Christmas banger we didn’t know we needed.”

Truer words have never been made up.