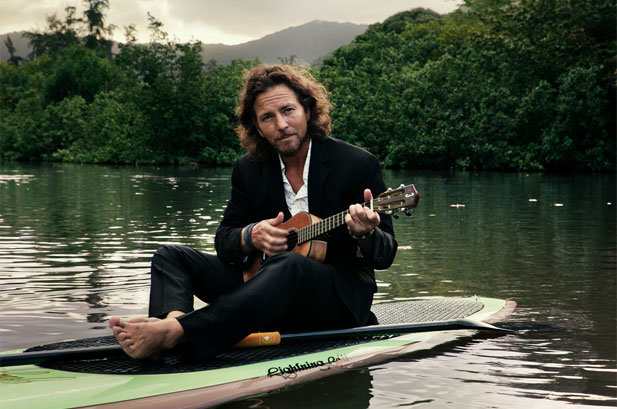 The Best Trolls From The Granada's Scott Stapp Event Page.

Scott Stapp, the voice of Creed, will performs cuts from his most recent Proof of Life album at Granada Theater tonight.

As we at Central Track are wont to do, we've sifted through roughly 1,000 Olive Garden/breadsticks cracks to bring you the funniest/trolliest efforts found on that event page. At the very least, it’s something to read while you’re waiting for the Granada’s Twitter wall to get going tonight.

• Scott Stapp and Creed, but mostly Stapp saved my life in high school. I had a staph infection in my right leg. Now, I'm a lefty so I could have gotten over the loss of the leg but the thing about staph is it gets systemic and then you're fucked. Anyway, this is like 2004ish so before crowdfunding and like I'm privately insured at this point, but my parents agreed with the Insurence co that it might just be easier to take the whole leg before the infection spread any further. Now I wanted my spare leg to stick around cause I'm like what 15 at this point. This is where the story gets wild because due to a booking error on the part of their totally unsaved loadie agency Scott had been booked to Play the Staph Wing which they thought was the “Stapp” Wing. Long story short, I was healed by Scott's sorta vague but also overt allusions to the Trinity and my infection cleared up by the time they finished “Bullets”

• Will Scott's ghosts be here?

• So what about this Red Lobster VIP lounge area? free cheddar bay biscuits and white wine

• It's gonna be hard getting anything done before the show today, since I'm standing on top of this mountain, and now I've got to stop typing so I can extend my arms out as far wide open as they can go. Don't forget me

• Will the Granada Theater be providing tissues for cry?

• The day has finally arrived! I need to get my uncle out of Dallas County Corrections before noon today so we can get ready for the show. Also, about the ticket code, it's really simple just login to ticketmaster's main customer site and use your debit card number and pin and take a screenshot of it. Beverages and food will be provided by the theater free of charge after 3pm so come hungry. First 3000 get free alcohol as well, so arrive early and also parking and merchandise is free too. I'll see you at the big show!

• When was this cancelled and how to I get a refund

• Was this show cancelled? My step-cousin Ronnie gets out of the pen right before the show and I promised him we would go and get free breadsticks.

• Just gonna stand with arms wide open for the whole show. Do you think Stapp will lend me a hand and put some Olive Garden hot dogs in my mouth?

• My uncle Terry just lost his left arm in an oil field explosion, so I emailed STAPP.org and for this one night only Scott is going to change the lyrics from one of his biggest hits to 'with arm wide open' to honor Terry and It was approved and THAT is why I'm the number one fan!

• Dilemma: Pierced Clit is playing the same night in Deep Ellum and I already told my brother in law, Jonas, that I would take him to see them. I will be selling my 15 tickets throughout the month for $800 each or $15,000 for all 15 just contact me through here or on aim, thank you.

• I was at a Halloween party earlier and it was me versus a dozen people they were all telling me that Creed and Scott Stapp were both lame pieces of shit. It made my blood boil so I drove home in tears and crawled into bed with my zune player and listened to human clay in it's entirety and it made me feel much better.

• I thought Creed was a boxer, I really gotta stop freebasing hummus.

• The things that guy can do with farm animals are downright mesmerizing. I hope he does the ping pong ball trick like I saw in Tijuana

• Is there a VIP package available and does it include doing cocaine with Scott Strepp followed a prayer circle?

• I was playing minecraft most of the day. It was nuts, I created my own prison.

• $30 VIP package for backstage sex show with Stapp and Kroeger going hog wild on Eddie and Rob Thomas.PM me for details and have your funds read, thanks.

• The show has been reduced to free admission I heard it on kluv earlier.

• help Scott get his swag back! T h ankhs to @olivegarden for t h ere support. Scott h as just named Olive Garden the official food of the official voice of creed!!!

• Will there be bucket deals on bud light lime and cheeseburgers? Asking for a friend.

• Guys!! Be careful!! Granada Theater is leading us on a ruse! The show is actually free with an order of breadsticks at Olive Garden! Smh at this “theater's” idea of pricing.

• Alright everyone, time to post your dream setlist for this show! Here's mine:
1) It's Been A While
2) Wicked Garden
3) Jeremy (with extended drum solo at the end)
4) Kryptonite
5) Photograph
6) She Hates Me
What do you guys want to see?

• Do we actually have to pay for tickets? Or is this like a “please show up for free so we don't look bad” kind of thing?

• Does anyone know if we have to put the digital ticket onto a usb flash drive stick for the will call at the door and can it be one of the keychain ones from O Depot I am in a financial bind and I would print my ticket out for safekeeping but my cat (not pointing any fingers here..they read this) chewed a hole in my brand new printer cable so I am left with this only option I hope Granada theater can meet my requests or I will have to miss my favorite artist perform in my town for the fifth straight time.

• Is he still dating avril? Is avril gonna be there? I LOVR AVRIL!!!

• will there be Mtn dew at this? i'd asked admin already
PLS respond in other post thanks

• I askd & it's true. My uncle Gary's hot dog wagon, With Buns Wide Open, will be at this free event selling the best Ball Park Brand Bun Length Hot Dogs Made w/ 100% all real beef at this free event. Here's the deal he will have. He will also be serving Moutain Dew Code Red and Mointain Dee Baja Blasy. It'll take you higher.

• Will drinking and hitting women be allowed at this event? I'd asked.

• F. Will this be the end of Granada too? I think Stapp played Arcadia the week before it went up in flames…Another trader joes though…so that looking up.