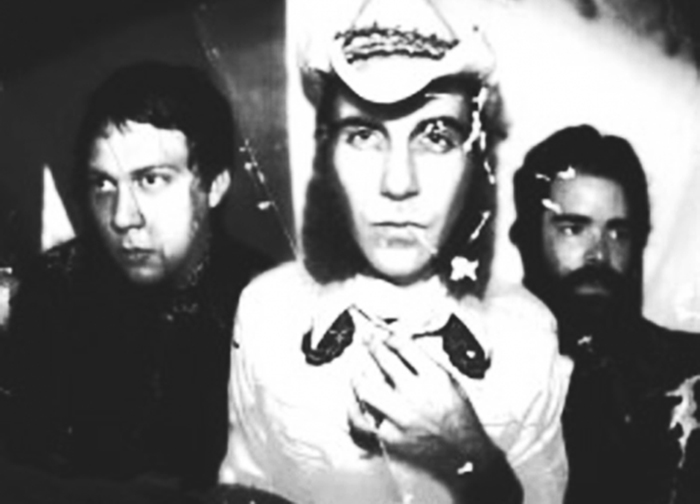 One unifying theme in the discussions surrounding the revered Denton venue’s Rubber Gloves Rehearsal Studios impending closure? Just how many great bands from the area played there and got their starts there — Parquet Courts, Riverboat Gamblers and, well, pretty much any Denton band worth its due in the last 20 years, no need to list ’em.

Undoubtedly included in that list, though, is the seminal Denton space-rock band Lift to Experience, the trio that famously released its double The Texas-Jerusalem Crossroads LP in 2001 and then faded fast — but not before making fans out of the Bella Union label, signing a deal with that Cocteau Twins venture and paving the road for Midlake to follow.

Worth noting: 15 years removed from being active, Lift To Experience — fronted by Josh T. Pearson, himself acclaimed as a solo artist, plus Year of the Bear’s Josh Browning and the Elbow-collaborating Andy Young — just made big waves again by recently announcing that it was reuniting for a June gig in London.

But now the band is confirmed to play some stateside gigs first: Transmission Events just announced that Lift To Experience will headline Rubber Gloves’ last show (at least in its current form) on Sunday, June 5, with the gig being the capper on a three-day bon voyage weekend. (The band will also play the night before at Barracuda in Austin.)

Well, alright! Here’s hoping more bands of this esteem get in on the act. Rubber Gloves’ legacy deserves it. Alas, as of now, no other performers have yet to be announced for the entire weekend. Tickets are also not yet on sale for this LTE show or any others, but the LTE ones will be soon right here (when and for how much, dunno yet). Might wanna follow the Facebook event link for updates, too. As for us, we’ll surely keep you posted on both fronts as we get word.

In the meantime, let’s all bask in Lift To Experience’s Southern Gothic greatness below. It’s so great.