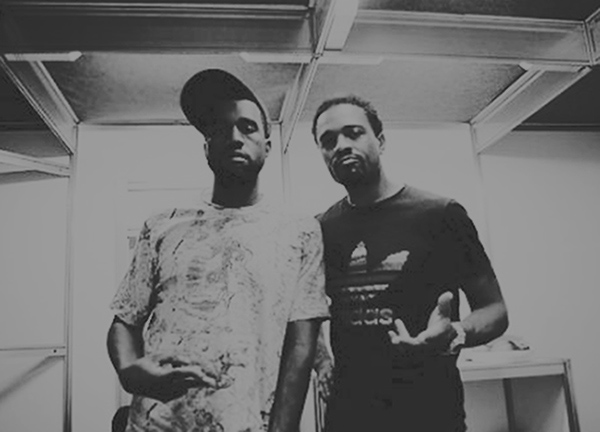 We Asked One Of Kanye West’s Cousins If He Was The One Who Stole Kanye’s Laptop.

There are a lot of head-scratchers to be found surrounding Kanye West and his new The Life of Pablo album these days, but one that’s maybe not getting its due attention is something that West repeatedly brings up himself on the release. Through album cuts “No More Parties In L.A.” and “Real Friends,” West twice angrily acknowledges that one of his cousins once stole his laptop.

On “No More Parties In L.A.”, West raps the following: “And as far as real friends, tell my cousins I love ’em / Even the one that stole the laptop, you dirty motherfucker.”

On “Real Friends”, he brings it up again, spitting this couplet: “I had a cousin that stole my laptop that I was fuckin’ bitches on / Paid that nigga 250 thousand just to get it from him.”

Well, we actually know one of West’s cousins: The Fort Worth-based crooner known as The World Famous Tony Williams, who has never been shy about basking in the limelight of his famous family member.

To West’s credit, he’s actually done a bunch to help prop up Williams over the years. He’s had the R&B-singing Williams provide backing vocals on most of his albums, and has done the same for various live performances. West has also popped up in Williams’ own recordings.

Williams, in turn, has rather creatively used his family connections to craft one of the more interesting social media presences we follow locally, thanks to his inside looks at such affairs as West’s wedding to Kim Kardashian and the rapper’s appearance at SNL 40.

So, surely, though he is indeed a cousin of Kanye West’s, it probably stands to reason that Williams isn’t the cousin — the laptop-thieving one. He’s too indebted as is.

Still, we asked him if he was, because journalism.

Mostly, he just laughed when we did. But, eventually, he did give us a hard denial while also telling us that, while he does indeed know which cousin is the culprit, he’s not ready to share that information — not today, at least.

For what it’s worth, Williams also told us that the laptop thief isn’t the in-jail “Stevie” who is famously shouted out at the end of The College Dropout‘s “Family Business”, either. Turns out, “Stevie” isn’t a relative of West’s at all, but rather the godbrother of that song’s co-writer, Tarrey Torae. Williams laughed at this theory, too.

“He’s been incarcerated since before College Dropout,” Williams says.

Anyway, one thing Williams was able to confirm to us is his role in TLOP, which we’d been wondering about. He says he helped out on the album “only as a writer,” but that we can expect to hear more of his vocals on future West tracks sooner than later.

“Some songs were held back for the next project,” Williams says. “That’s where my features are.”

We look forward to hearing them… on Tidal, no doubt.