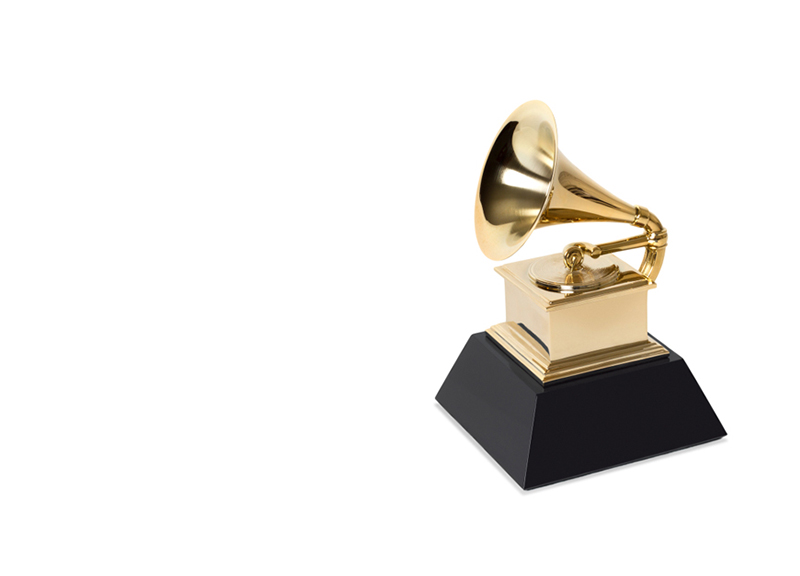 North Texas Cleans Up At The Grammys, The Relatives Defy Death And Vinne Paul Teases A Cookbook.

Depending on who you ask, last night was either the best or worst Grammy Awards ceremony ever. Taking into account all the diverse tastes the Grammy folks are expected to please with the wide swath of performers and medleys they program, we reckon the truth falls somewhere in the middle.

Theirs is an impossible task, to be sure.

But even if, like The Daily Beast, you thought last night's awards “sucked,” you still have to admit there were a few bright spots here and there. Those guys, for instance, say they're glad they watched, writing that if they hadn't, they'd “have missed, at least for this brief moment, living in a world where Demi Lovato's vocals outshined Adele's.”

In case, like us, you were watching old Gilmore Girls reruns last night and happened to miss Lovato's tribute to Lionel Richie, you can catch up below.

Other locally-tied performers from the show included Arlington a capella group Pentatonix, which backed Stevie Wonder in a performance honoring the legacy of Earth, Wind & Fire's Maurice White. Here's that one.

Aside from its musical number, Pentatonix also took home its second Grammy, winning the Best Arrangement, Instrumental or A Cappella category with a cut off its Christmas LP. Similarly, in an award given prior to the show's broadcast, Snarky Puppy earned its second trophy, this one for Best Contemporary Instrumental Album for 2015's Sylvia.

Also adding to their Grammy collections were Liz Rose, who won in the Best Country Song category for writing Little Big Town's “Girl Crush,” and Kirk Franklin, who took home the Best Gospel Performance/Song for his “Wanna Be Happy?”

Speaking of cleaning up, Lola's has spent going on a year now revamping its back patio space by converting it to the outdoor venue called The Trailer Park. An official grand opening will come on March 25, with a show headlined by The Unlikely Candidates. Performances from The Burning Hotels, Son of Stan, Eleven Hundred Springs, Calhoun and Telegraph Canyon will come in the following weeks.

Another thing to look forward to is the third annual Open Carry Guitar Rally, which will return to the Continental Avenue Bridge on Sunday, March 13. Details are scant at the moment beyond the fact that this year's free-to-attend demonstration will have a David Bowie bent in tribute of the dead rocker — y'know, because Ziggy played guitar.

The following month, Vice Palace will celebrate its second anniversary with an April 30 showcase at RBC. At the moment, that lineup hasn't been announced, but we do know that 12 acts (!) have been confirmed and that VP is currently accepting submissions for a 13th act to play that show at this email address. The deadline to submit is March 1, and the full lineup of local and regional acts will be announced on March 25.

But enough about the future. What of the here and now? There's just so much new music released in the past week or so to catch up on while you're waiting for all those upcoming shows to go down.

Herrick & Hooley, for instance, teamed up with New York-based model/singer Mallory Merk to release a pair of drippy, chilled-out R&B cuts we can't believe haven't popped up on Gorilla vs Bear yet. Check out both “Riverflow” and “Loose Caboose” below, and be on the lookout for a new music video from the bunch on Thursday.

On a similar tip is the lo-fi bedroom pop of 16-year-old Keller resident Cody Hernandez, whose Soundcloud page the Dallas Observer discovered this week. While he's still in the process of putting his first band together, we'd say Hernandez has a pretty good jump on his peers.

Also not far off is the debut single from the Channel One Zero crew's Soleil Blanc, which can be heard below.

Far harder-edged is the latest Drugs The Model Citizen-produced single from Curtis Mayz. His swanging and banging is no less compelling, though.

Next up is the new EP from Cool Jacket, which was recorded at Cloudland Recording Studio back in December. It's easily the most straight forward and accessible bit of power pop the Wonder Boom offshoot has attempted. That's to say you'll probably like it.

Farther out both chronologically and aesthetically is the reveal that Ronnie Heart's four-year-old “Tasty Destination” single will finally find a home on his long-anticipated solo debut you(r) mine LP, which earns its release via New Media Recordings on April 1.

Also coming in April? After two of its members passed away last year, The Relatives will release a new LP called Goodbye World on April 15. Fallen bandleader Rev. Gean West appears on all but one of the album's tracks, and vocalist Tony Corbitt was able to record some additional vocals before his own passing. The band's surviving members plan on continuing, at least for now, with an appearance at next month's SXSW. In the meantime, you can check out new single, “Can't Feel Nothin'” below.

Moving on, here's a pretty cool clip of an Erykah Badu lecture posted by Red Bull in which she talks about meeting J Dilla for the first time, and getting her first sampling lesson from the legendary producer.

>Erykah Badu on first meeting J DillaWe're celebrating J Dilla this week through the words of his collaborators and friends. In this lecture clip, Erykah Badu recalls getting her first sampling lesson from the late, great beat wizard.Posted by Red Bull Music Academy on Monday, February 8, 2016

In other video news, The Outfit, TX and unavoidable Dallas rap music video director Jeff Adair released a short film scored by Down by the Trinity's instrumental outro, “Burning Trees.” Lacking lyrics, the piece relies on tons of imagery and symbolism to drive home its point. As explained by Passion of the Weiss: “The film opens with Mel, ass in the air, in the vaginal embraces of a white woman splayed out on a Confederate Flag blanket. The same woman is then shown smoking weed and popping pills with JayHawk, and arguing over a text message from an unseen 'Todd' with Dorian, who appears to backhand slap her. At the midway point, the viewer is to presume that by fucking, drugging, and assaulting the woman, The Outfit are exacting revenge on white people, a common trope in Blaxploitation films. As Mel is laid prostrate on the Confederate Flag; as JayHawk's drug-induced stupor has rendered him essentially lifeless; as Dorian believes her to be the dozing little spoon in his tattooed clutches; she rifles through the group's possessions, taking their cash. She's last seen standing outside a U-Haul van, sunglasses on, smoking a cigarette. The lesson of this parable seem to be that, even amidst the trappings of success–sex, drugs, comfort–black people remain robbed and undermined by systemic racism.”

Or you could just watch it.

Then there was Tunk, who put out a Fair Park/Expo Park-shot clip for his No Defeat II single “Scarface the Rapper” this week. Here's that one.

Finally, Vinnie Paul says he plans on releasing a cookbook called Drumming Up An Appetite With Vinnie Paul by the end of the year. No word on what kind of recipes will be included — but the cover, he says, will be him behind a kit holding to chicken legs. Get it?