Potato Flats Is A Baked Potato Spot Modeled After Chipotle. Sounds Awesome, Right? It's Not.

Texans love meat and potatoes. It's just a fact.

But out in Trinity Groves — y'know, the place where all the trendy foodies have been eating lately — a new incubator is trying to make the potato more important than the meat.

Heresy, we know. Still, that's the concept behind Potato Flats. Potatoes are the basis of every meal you can get here at the new fast-casual concept. First, you're greeted will be a large spud, which has been sliced open and smashed until its white or orange guts, creating a pillow for whatever you choose to pile on next.

The restaurant, which opened its doors on July 1, is the newest idea from restaurateur Phil Romano — the mind behind such chains as Fuddruckers and Macaroni Grill and the moneybags behind the whole Trinity Groves area.

The hope, one imagines, is that this place will become the Chipotle of Potatoes. Which is fair enough. The build-your-own meals here are indeed quick and easy enough to order.

Except, here in Trinity Groves — a place becoming more and more renowned for mid-range, eccentric fine dining — it just feels a little out of place. Upon entering Potato Flats, which is located on the back corner of the main Trinity Groves restaurant farm, you're assaulted by an interior that just screams “franchise.” Which is what it is, I suppose — and, no doubt, the end goal for this concept.

Still, it's a thought that will linger the whole time you're here — while you’re standing in line, as you're staring at the huge green neon Potato Flats sign, when you’re ordering from the employees, when you're looking at the meats sitting in open air under a heating lamp and all the way up until you sit down at a long black table with your loaded spud, wondering if using something from the condiments tray in front of you will help or harm the food.

Yet here we are with the beginnings of a franchise from a franchise mastermind. And if the interior of the spot alone doesn't scream it, the food sure does. The dishes here just come off as wildly unsatisfactory. They're all mostly spuds, which are kind of bland by nature. And then those aforementioned meats you can order from under their heat lamps? Well, they taste like they've been under heat lamps. The broccoli, meanwhile, is served cold. And the rest of the toppings? They taste like they could have just as easily come out of a microwavable bag.

Maybe things could be worse? Maybe, you little optimist, you! But then you'll realize you're paying $10 for this, and the dissatisfaction returns.

I don't want to outright say that it's awful — because it isn't. But the price, combined with the standards of the location, just makes this spot feel like a waste. Granted: The back end of Trinity Groves may be otherwise empty, but is mediocre food what we get to look forward to at these vacancies? I hope not.

Mediocrity tends not to have legs, though. And that's maybe the silver lining here: Potato Flats just doesn't seem long for this world.

Fine by me: The Grove is too young to be selling out like this. It's too soon. No point in destroying every vestige of what was good about this part of town with franchises. Not yet, at least. 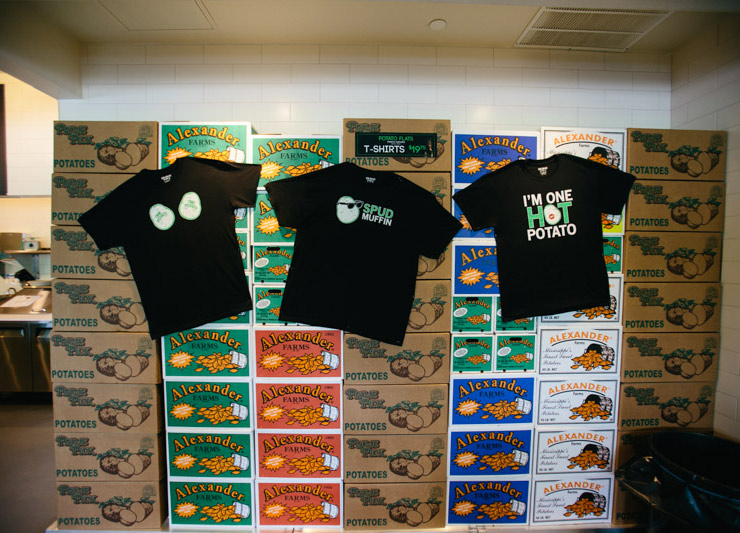 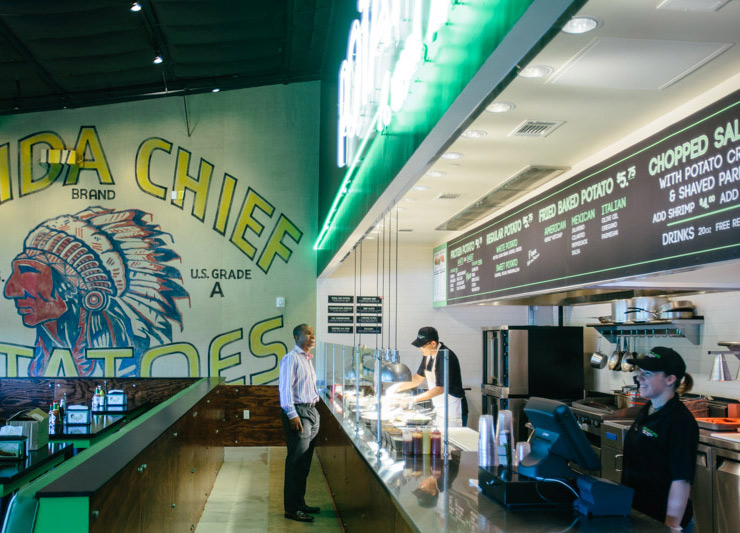 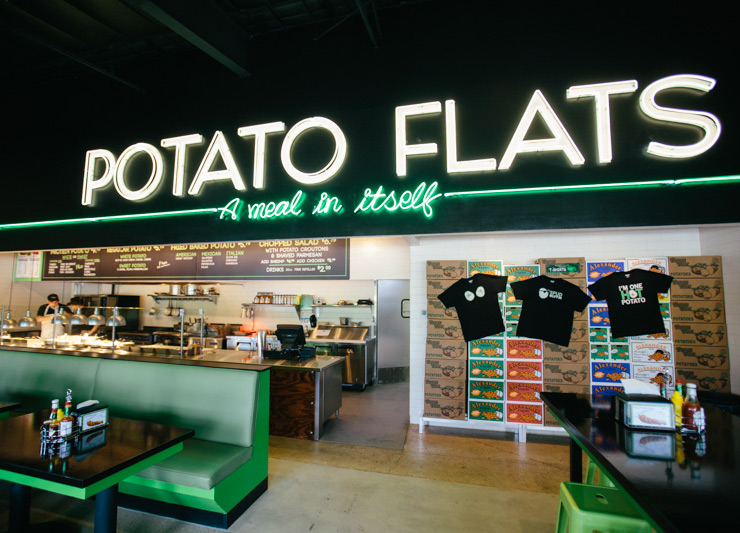 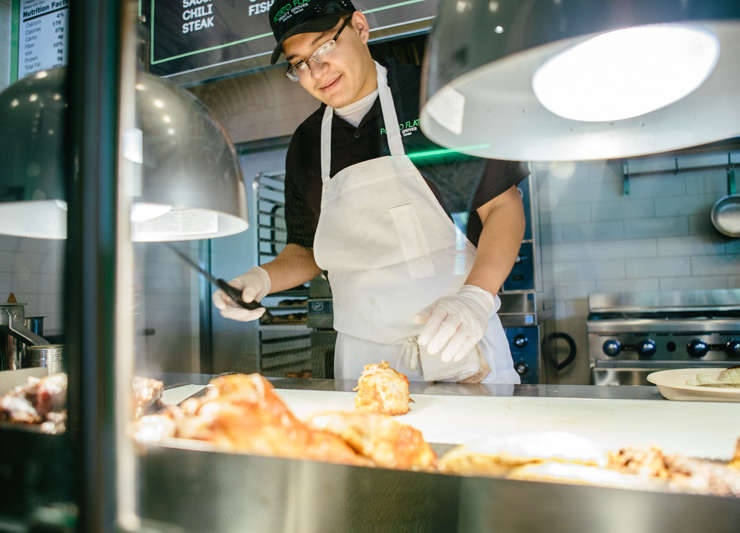 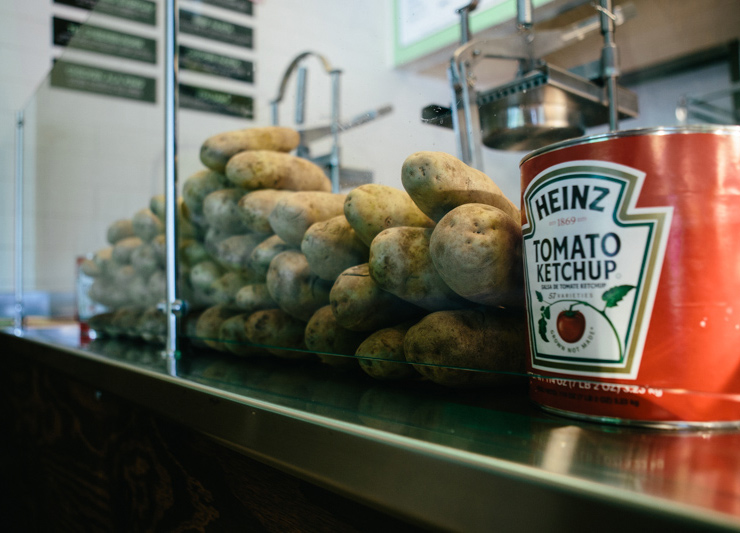 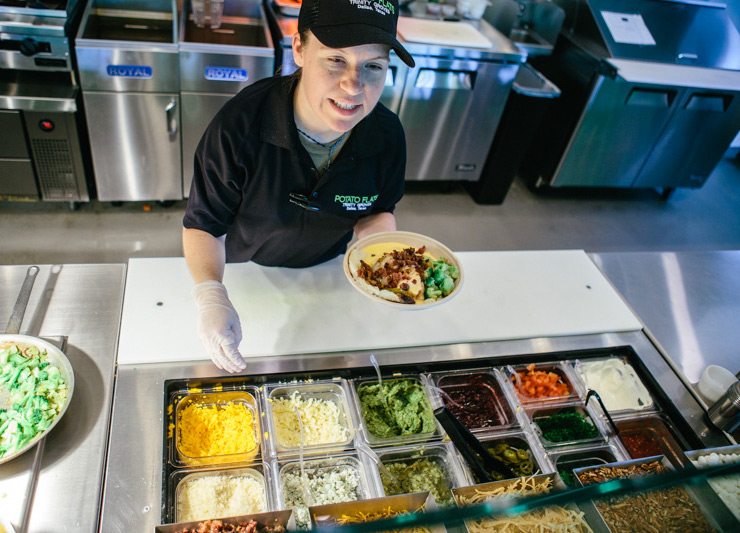 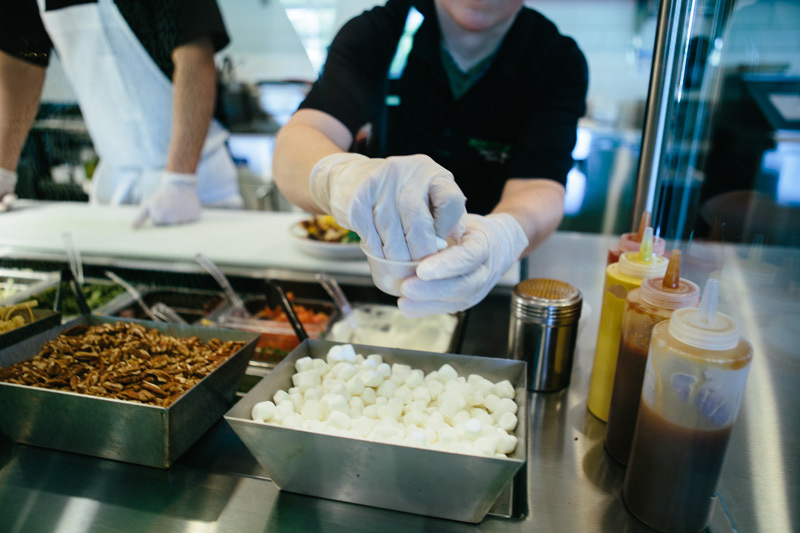 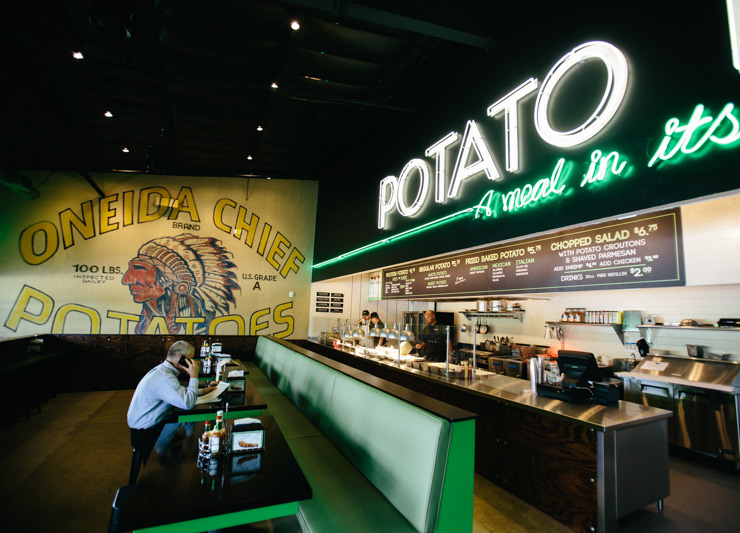 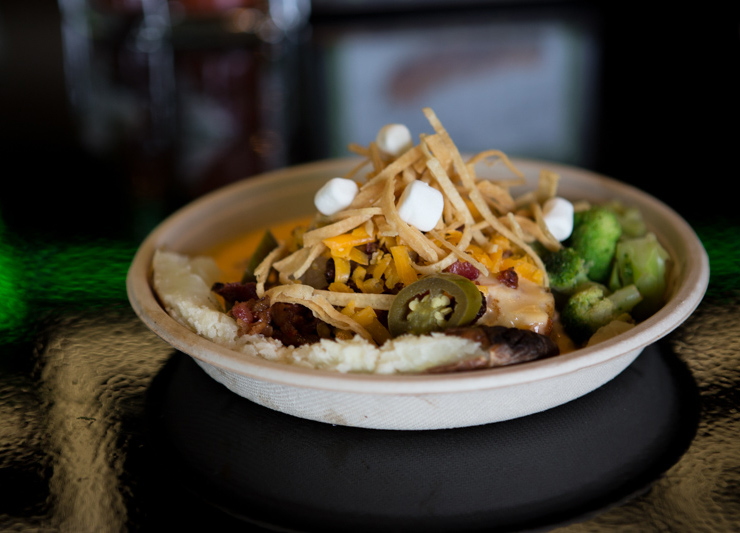 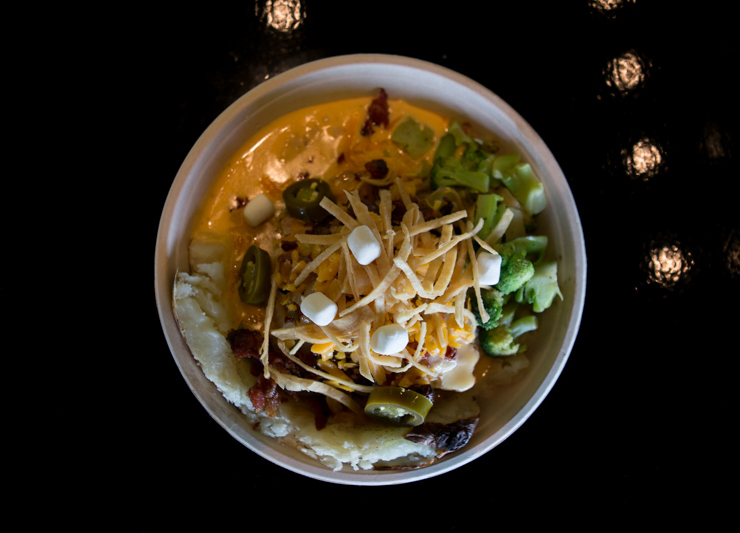 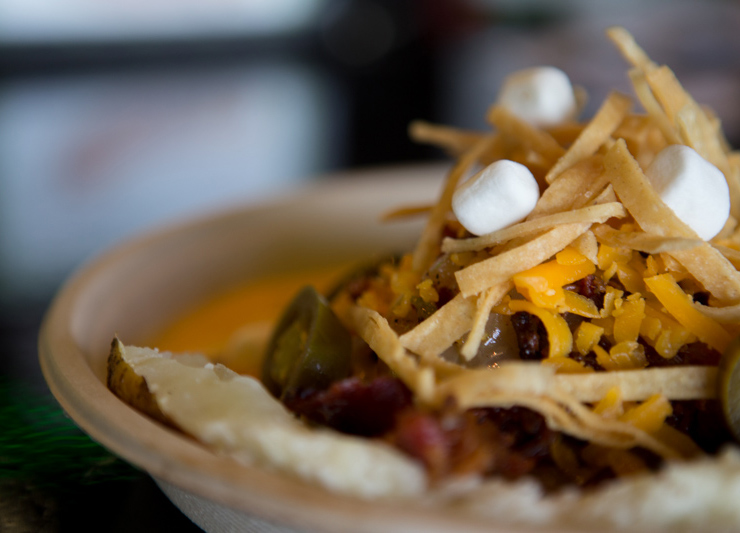