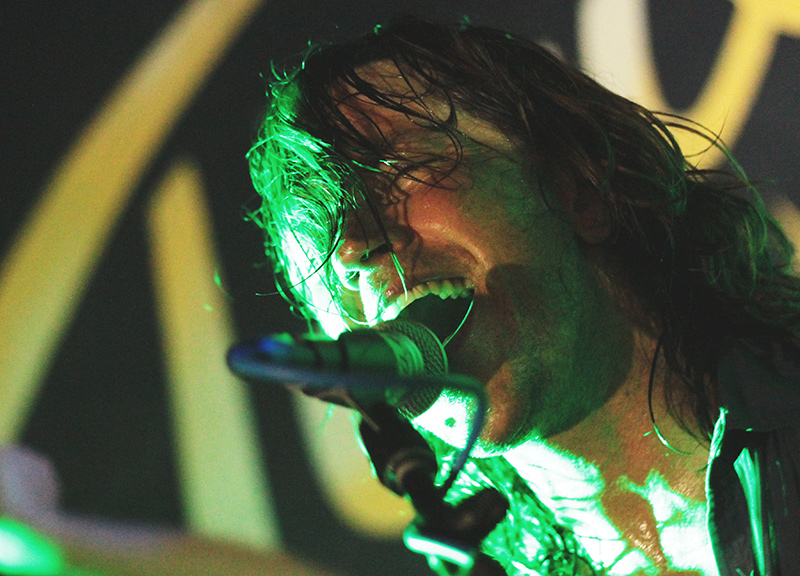 Since April 2014 — at least — the Dallas alt-country heroes in the Old 97's have made publicly known their designs of throwing a hometown music bash in their name, much like their contemporaries in the Polyphonic Spree and Toadies before them.

But things like these are often more easily said than done, and, even after announcing on-stage in 2014 that 2015 would see the arrival of the band's proposed All The Way Weekend, last year came and went without any further announcement on that front.

Today, however, an answer — and a slight change of plans — has come to light. This morning, the band formally unveiled plans for a new Downtown Dallas-held music festival known as the Old 97's County Fair. This day-long affair will go down on Saturday, April 16, in Main Street Garden Park and feature performances from Drive-By Truckers, Lucero, Deer Tick, Justin Townes Earle, Nikki Lane, Brent Best and Madison King, in addition to a headlining set from the festival's namesake. Fittingly, the team behind the similarly Main Street Garden Park-held Homegrown Festival are co-presenting this affair, which, to be clear, isn't meant to replace the other; the seventh annual Homegrown is still on for May 14 in the same location, with its own lineup set to be unveiled in the coming weeks.

And, actually, last year's Homegrown Festival is at least partially to credit for this event coming to fruition, maybe. Jokes Homegrown co-founder Josh Florence: “Backstage at the Bomb Factory last year at Homegrown, I sweet-talked [97's frontman] Rhett [Miller] into it.”

Reached by phone this morning Old 97's guitarist Ken Bethea says he's not entirely sure that's how things went down, although he doesn't doubt it, either.

“A lot of stuff gets talked about backstage,” Bethea says with a laugh. “But when we played Homegrown last year, things seemed to go pretty well.”

And so Florence and his team got to work booking the concept, reaching out to bands Bethea describes as “friends of ours.”

“We didn't want to book people just because they were good draws,” Bethea says.

As for Bethea, though, he says he's most excited about the added elements coming as part of the dog- and kid-friendly (children under 10 will get in free) fest, rather than the music itself — elements that include a 40-foot Ferris Wheel, midway games, dunk tanks, food truck, fair-style foods and local artists and vendors.

“The most exciting thing for me is actually the Ferris Wheel,” Bethea says. “We actually moved the festival up a week because of that. It wasn't available on the 23rd, which was our initial target.”

Tickets to the day-long event run $40.86, and are available for purchase here.

“I just hope people come,” adds Bethea. “Is there a need for this? That was a big question for us. But we wanted to try, and if it does well, we'll do it again. The idea is to do it every year. We'll see if that happens. But I hope it does. And if it goes great, maybe we'll morph up it up a bit and mix up the musical styles some, too.”