The Mavericks Must Avoid Another Rondo-Like Trade. 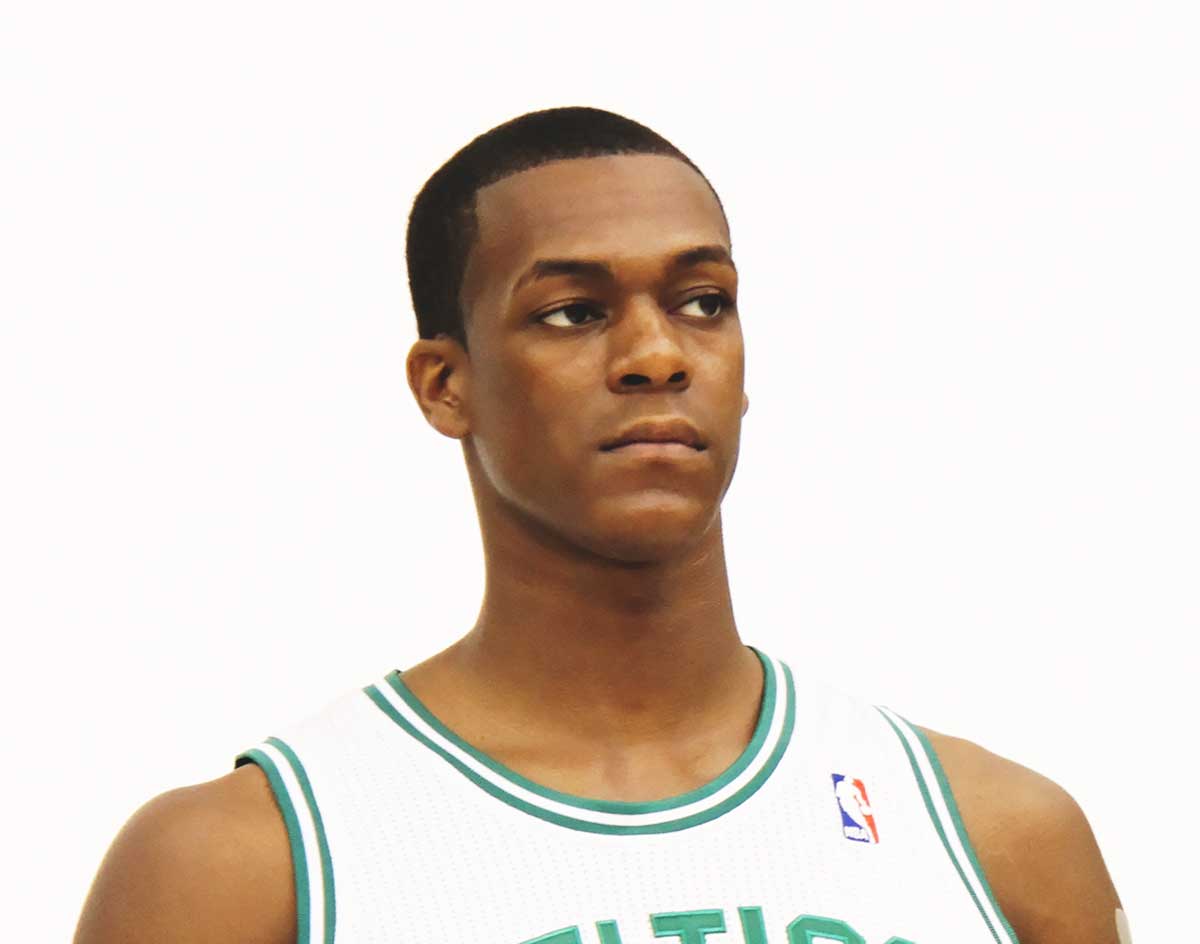 Ghosts Of Failed Mavericks Trades Past Linger As The 2020 NBA Trade Deadline Approaches — And Here’s Hoping The Team Learns From Those Past Mistakes.

The NBA trade deadline is coming.

Last year, Marc Gasol was shipped to Toronto at the deadline, helping the Raptors win the title. In 2018, the Lakers and Clippers both made trades to clear up salary cap space that eventually helped them acquire Anthony Davis and Kawhi Leonard, respectively. In 2017, the Mavericks got in on the fun and acquired an exciting young big man named Nerlens Noel, who had an oddly uneventful but widely discussed time with the team before he dogged his way out of the Metroplex.

This year, the trade deadline falls on February 6, and the Dallas Mavericks once again have a big decision to make — one that is only getting more complicated as time passes.

Every team’s approach to the trade deadline is different. This season, on top of the normal pressures of salary cap functions and weighing player values, the Mavericks have to deal with demons of trades past.

Remember 2014, when the Mavericks made a huge trade that changed the course of their season, acquiring Rajon Rondo from the Boston Celtics? Well, that 2014-15 Mavericks team actually bears a striking resemblance to the team the Mavericks are fielding today, actually.

Those 2014-15 Mavericks scored 114.4 points per 100 possessions, the best mark in NBA history at the time. Better yet, their offense was fun: It relied on Dirk Nowitzki’s shooting and floor-spacing; on Tyson Chandler running down the middle of that space to dunk; on Chandler Parsons and Monta Ellis making shots on the perimeter; and on head coach Rick Carlisle almost always fielding a lineup featuring four players who could knock down threes.

This 2019-20 Mavericks team is even better. It’s scoring 116.1 points per 100 possession — a figure that again ranks as the best mark in NBA history at this point. Their offense is exciting: They rely on Luka Doncic being able to, well, make pretty much anything happen at any moment; on Kristaps Porzingis shooting/spacing the floor; on Dwight Powell (yes, we’ll get to him again later) running down the middle of that space to dunk; Tim Hardaway Jr. and Dorian Finney-Smith making shots on the perimeter; and always playing four, or sometimes even five, players who can hit threes.

Both teams had or have:

But even though the 2014-15 Mavs were a playoff team boasting the best offense in NBA history at the time, they still had some glaring weaknesses, and they tried to address them by making a big trade that changed the makeup of their entire team.

On December 18, 2014, the Mavericks gave up some of its depth, and a lot of its offensive identity, to acquire point guard Rajon Rondo in a trade with the Celtics. Rondo was a point guard that couldn’t hit a three if his life depended on it, but he was one of the best passers in the NBA at the time, was also known for his defense and had championship experience thanks to his title-winning run with the 2008 Celtics.

The trade was a bust by most any metric. In the wake of it, the 2014-15 Mavs’ offensive rating dropped from the best in NBA history (114.4) to just the 13th best in the league that year (105.2). Its defensive rating rose from 21st in the NBA to 15th, but it wasn’t enough to make up the difference. Eventually, Rondo and Carlisle’s personalities and philosophies clashed so much that Rondo quit on the team — both figuratively and literally.

It was a disaster of a trade that turned a fun team into a frustrating one.

The 2014-15 Mavs were a bit like boat with one or two holes in it. It could still float, but it was slowly taking on water. It would eventually sink because of the Rondo trade, which was akin to tossing a hippopotamus on board and asking it to plug up the holes. While the hippo may have indeed plugged each hole, its sheer weight was enough to sink the boat on its own.

The current Mavericks are facing a similar fate that the 2014-15 team did. Should it try to make a big, bold, Rondo-like trade to address its weaknesses and possibly raise its ceiling as a team? Or should the team stay the course and see where its current roster can go as is?

The 2019-20 Mavericks’ biggest weaknesses are defending the perimeter and defending big centers in the post. The Rondo-like bold move facing them now would be, among options, the much-debated-on-Twitter possibility of acquiring Detroit Pistons center Andre Drummond. We’ll give him this: Drummond could absolutely defend centers in the post that the Mavs might face in the playoffs — players like Nikola Jokic, Anthony Davis and Rudy Gobert. But he would also change the composition of this team, since he can’t hit a jump shot and would require a lot of playing time, thus limiting the Mavs’ ability to play with five shooters at once.

For its part, the team doesn’t seem in on this move. Brad Townsend of the Dallas Morning News recently reported that a “high-ranking Mavs official” told him that the team believes “Drummond makes no sense for them.”

That’s good news, considering the other differences between this year’s team and the 2014-15 one.

For starters, this current team is a lot younger than that other one. Dirk was in his 17th year in the league that season — his last in the league in which he was selected as a (real) all-star — and the Mavs basically needed to make a big bold move if they wanted to give Dirk another chance at a playoff run. In that regard, the trade made sense: Dirk gave his entire career to this franchise, and gave up millions of dollars to allow the Mavs to get better players around him, thus putting some real pressure on a front office to do something before his clock ran out.

Compare that to this year’s team. Luka is only 20 years old, still on his tiny rookie contract and already boasts a 24-year-old running mate in Porzingis. Additionally, every other player in the Mavs’ regular rotation is under 30, with an average of 3.3 years in the league. (The 2014-15 Mavs’ rotation had seven players over the age of the 30 in it. Seven!) Because of that age difference, the organization is a lot less desperate to try to win right now. They don’t have an aging star to try and send off in a blaze of glory, and they don’t have to worry too much about their star player bolting since Doncic won’t even potentially become a free agent until 2022, even though players have proven in recent years that they don’t need free agency to change teams when they want to any more.

Sure, losing starting center Dwight Powell —  who rather ironically joined the Mavs as part of the Rondo deal — to a season-ending Achilles tendon rupture this week may alter the team’s position somewhat. It’s not hard to understand how: These 2019-2020 Mavs have been more successful than most people thought they’d be at this point; before the season, Las Vegas sports books set the Mavs’ over/under win total at 40.5, and the team is currently on a 51-win pace. Having come into form at such an advanced rate, you can see how the front office might look at this team and think it needs to fill Powell’s spot right now and maintain its surprising path.

Suddenly, the Mavericks making a big, bold, Rondo-like move is back on the table. Will the Mavericks go that route? Or will they simply scour free agency (Joakim Noah, perhaps?) and/or the G League for a temporary fill-in for Powell, and take their chances on what magic their current roster might create in the playoffs?

It’s a huge choice the Mavericks are facing this NBA trade deadline, and it all boils down this: How much does the Rondo trade still haunt this team?