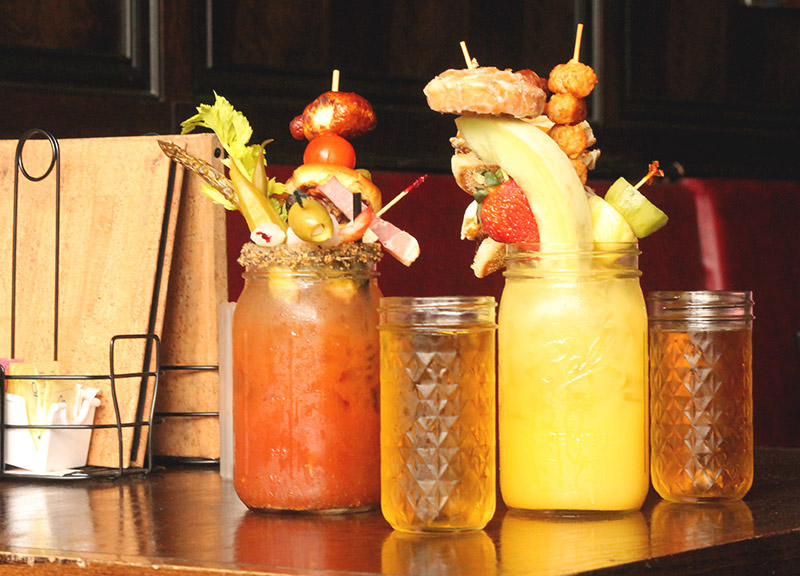 A little over a month back now, we introduced you to what we then proclaimed to be “the biggest drink in Dallas,” the super-sized, super-stuffed, super-crazy so-called “Fuckbrunch” Bloody Mary being served up at Deep Ellum’s Anvil Pub.

Turns out, though, Anvil’s original creation now has some competition in the over-sized beverage department — thanks to some new drinks being served at, you guessed it, Anvil Pub.

Yesterday afternoon, the folks at Anvil Pub introduced a new option to their “fuckbrunch” beverage menu, which earns its name thanks to the drink’s inspiration — the pub’s kitchen staff and ownership not wanting to have to deal with crafting a brunch menu. But their creativity has backfired somewhat; now, in addition to serving their original over-stuff bloody mary (which comes with a bacon cheeseburger slider, a pretzel hot dog, some shrimp, and many, many, many more various meats, cheeses and veggies), the pub is also serving a stuffed mimosa option featuring a sausage, egg and cheese breakfast sandwich on an English muffin, a cinnamon bun, a pretzel hot dog, tater tots and various fresh fruits.

And, turns out, this is just the start for the pub’s “fuckbrunch” reboot, too. For starters, as opposed to serving these drinks once a month, the bar will now serve these behemoth beverages every Sunday. Also: The bar will introduced a stuff screwdriver drink to the menu next Sunday, as well as a stuff sangria, which will be made available beginning on April 20.

So, basically, there’s now a whole “fuckbrunch” menu at the pub because they didn’t want to bother with a brunch menu. Oh, well!

One thing won’t change about the fuckbrunch offering, though: For $20, in addition to your booze-filled meal-in-a-mason-jar, you’ll still also receive a glass of Pabst Blue Ribbon to help further wash things down.

Because why not, really? 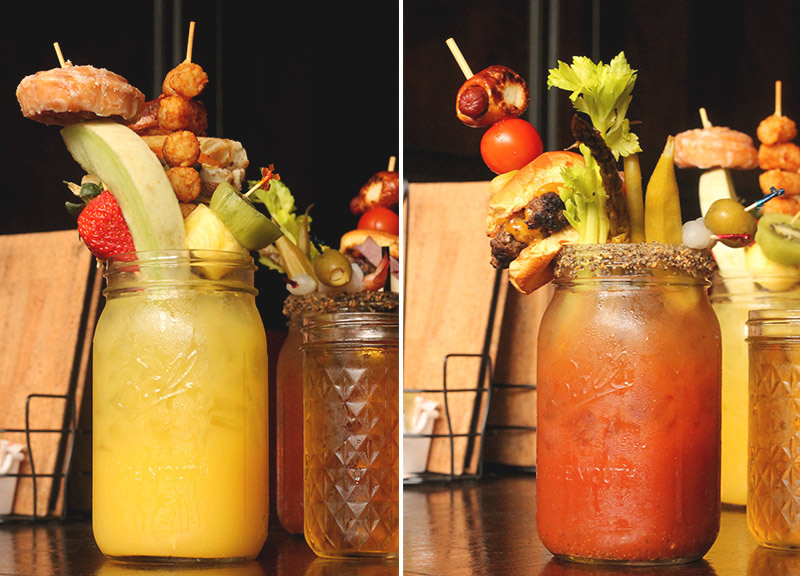 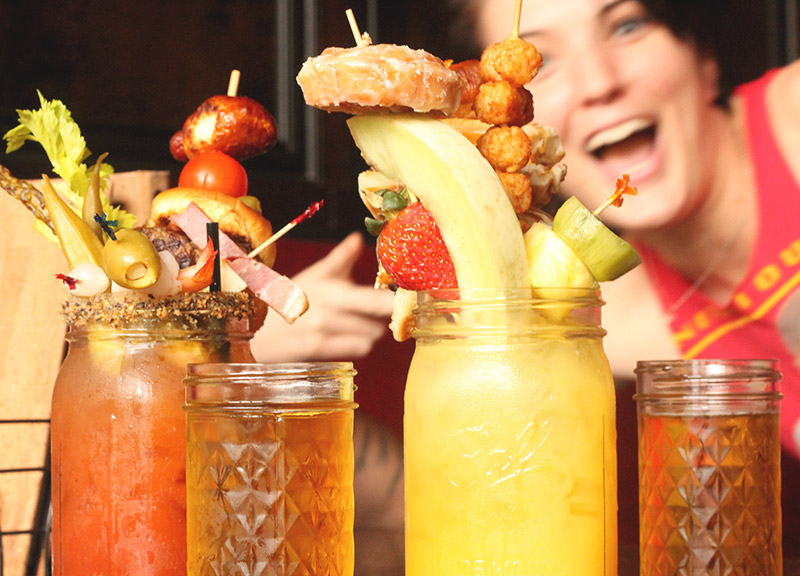