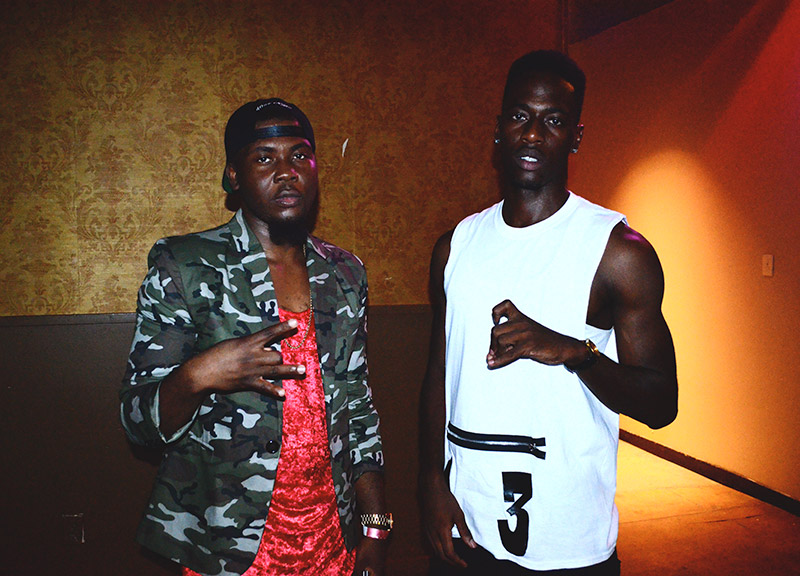 It was approaching midnight and, already, the crowd had booed just about every opener off the stage.

Needless to say, they were getting restless.

Worse, they were getting vocal.

“Where is he?!” the audience shouted.

“We want Sosa!” they pleaded.

“I'm blowin' up his Twitter right now!” they shared with no one in particular.

Eventually, an answer of sorts: “Y'all know Chief Keef ain't even here yet,” said one of the night's many nondescript opening acts, who walked among the crowd after his set.

“Nah,” he expressed to anyone who would listen. “Last time he didn't get here 'till 1. He's in Dallas somewhere, though.”

It disappointing, to say the least. Worse, it was disheartening to watch the crowd shoot down one entertainer after another, despite these performers' best efforts to keep the audience engaged — especially when it'd later become clear that the night leading up to Sosa's arrival was better than what happened after it.

The night had started pretty early. At around 8 o'clock, Billie Gang, composed of multiple fashionably outfitted rappers and a live band, took to the stage — the first of at least four openers to take the stage. Honestly, though? It was practically impossible to keep track. At any given moment, some 30 to 50 stood on-stage.

It was like watching a party. When an artist would perform, he'd have his entire crew behind him, break dancing and backing him up on vocals. The energy was high, but the performances didn't really hit home with this Chief Keef-hungry audience.

At around 10, Chief Keef's personal DJ, DJ Baby Chino, arrived on stage. According to his bio, Baby Chino is “the youngest DJ you know.” At just 10 years old and “already 5 years in the DJ game,” Baby Chino managed to hold his ground on stage, romping around with the big dogs. But his rapping and frequent requests for the audience to “TURN UP!” didn't do much to ease the rising tensions.

People near the front of the crowd were physically leaning on both each other and the stage at this point, some even taking naps. More toward the back, audience members were either filing out of the room altogether or fishing for small objects to throw on the stage to demonstrate their anger.

Fortunately, their spirits improved upon Keef's arrival. As predicted, moments before 1 in the morning, Sosa busted through the curtains, and the remaining audience packed itself as close to the stage as possible, with people jumping over each other to get a perfect shot of Chief Keef on their camera phones. Finally, the room was filled with energy and excitement.

But it didn't last long. Chief Keef may have shown, but he was hardly present on stage at all. His gang sang more of his lyrics than he did. In fact, there were only about two songs that Sosa managed to perform in their entirety.

Then, 35 minutes into his set, Chief Keef started asking the audience for some requests. Considering he'd only performed a few songs, there were plenty of options to choose from — especially “They Know,” which seemed to be the loudest request coming from the crowd.

And with that, he began backing up towards the exit. As he walked, he waved the audience toward him, as if inviting them to come backstage to continue the party.

That invitation, of course, was declined by the security guards lining up along the stage.

A performer who doesn't deliver? That's the shit no one likes. 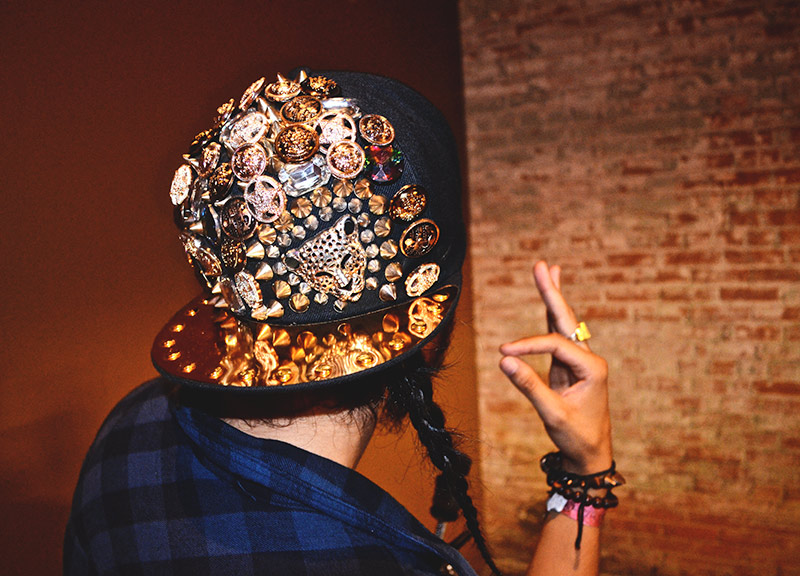 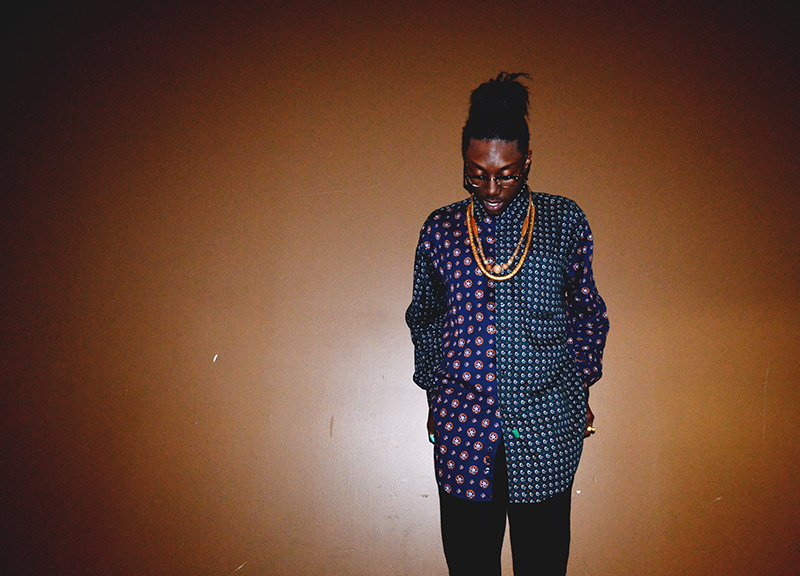 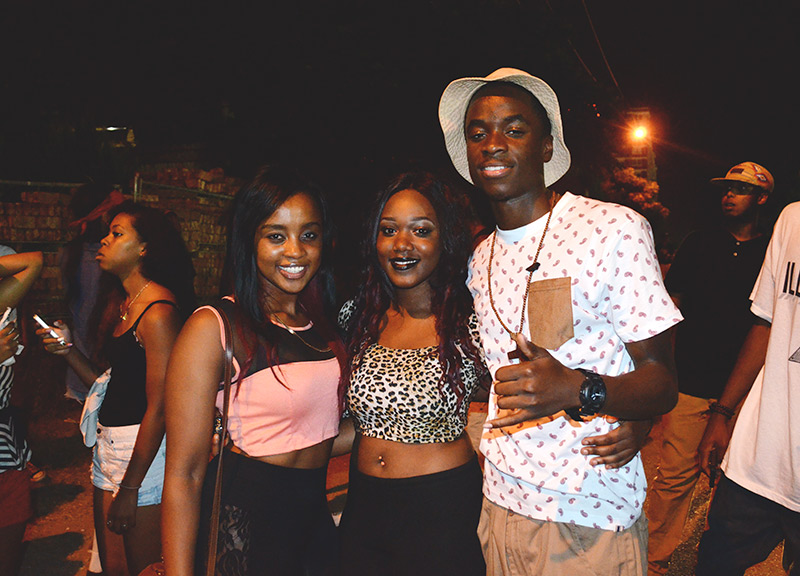 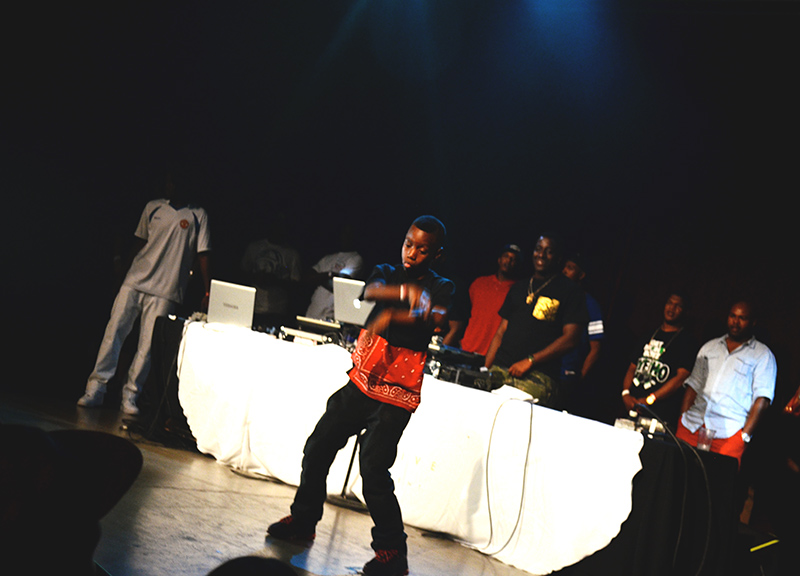 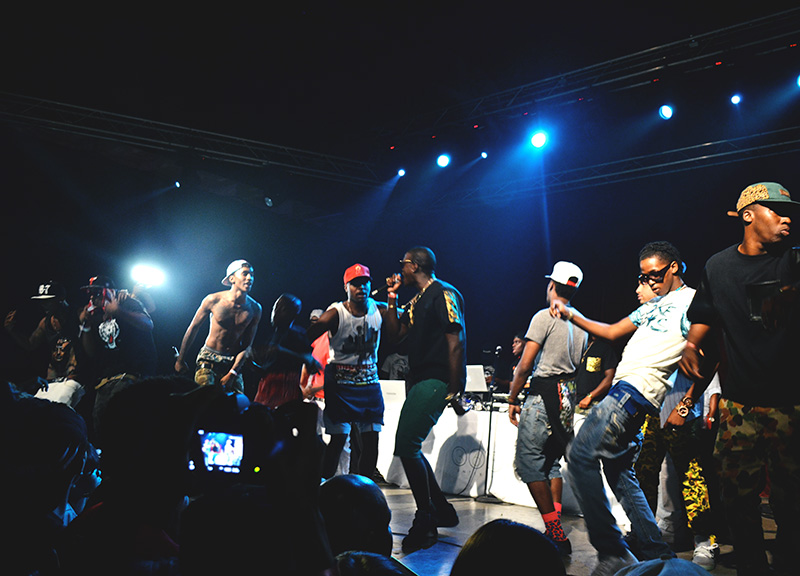 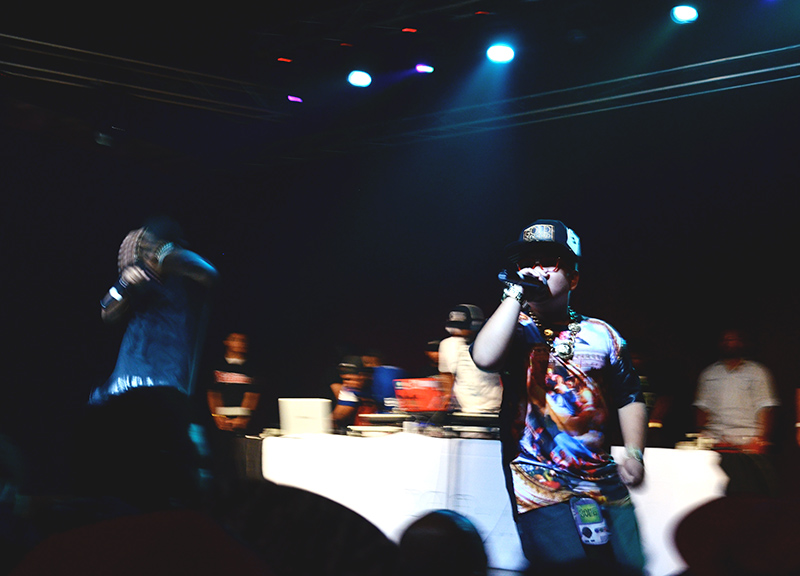 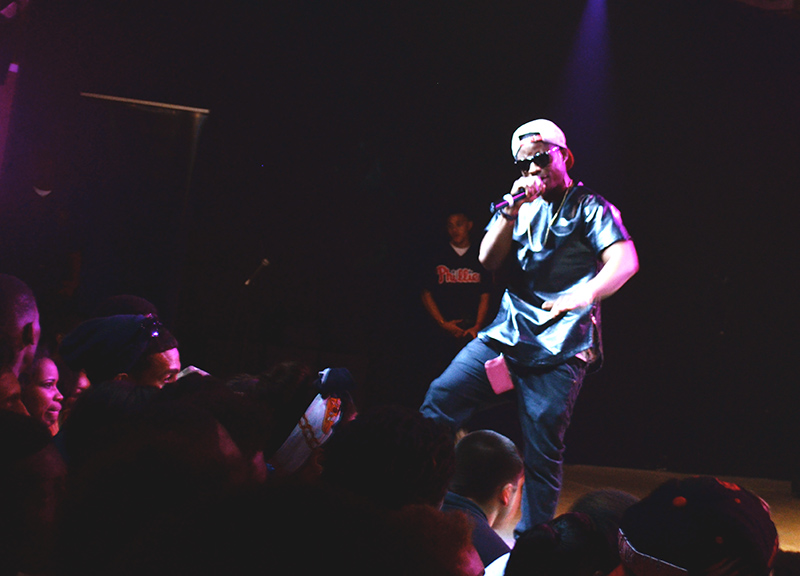 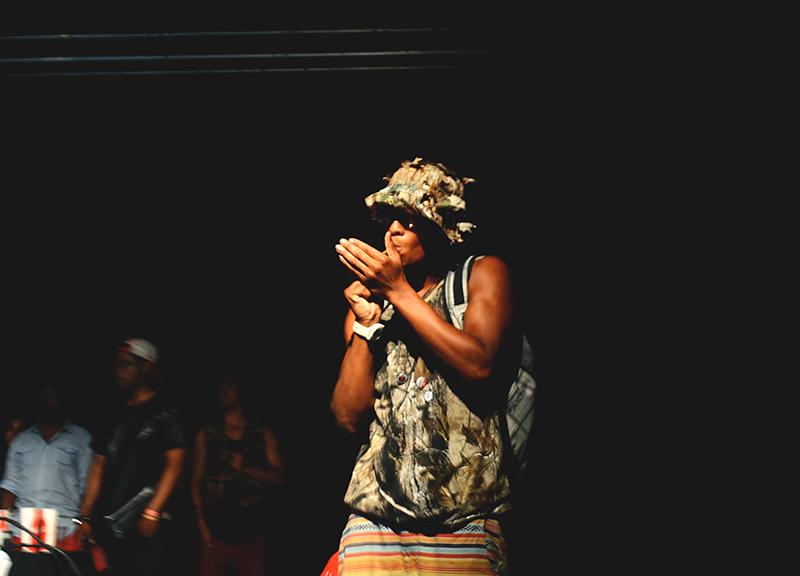 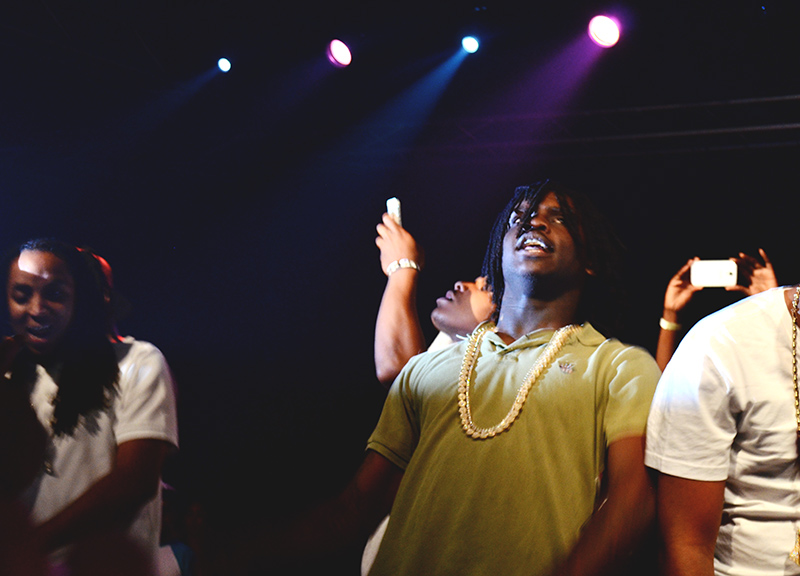 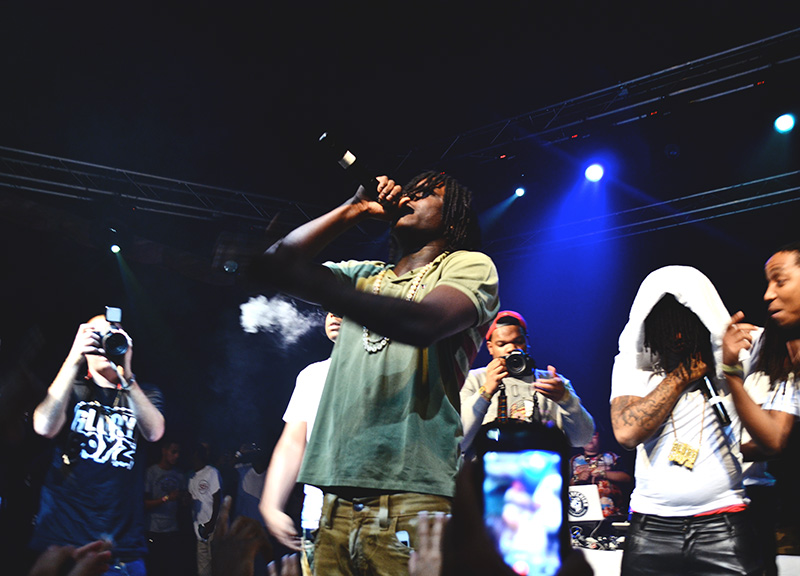 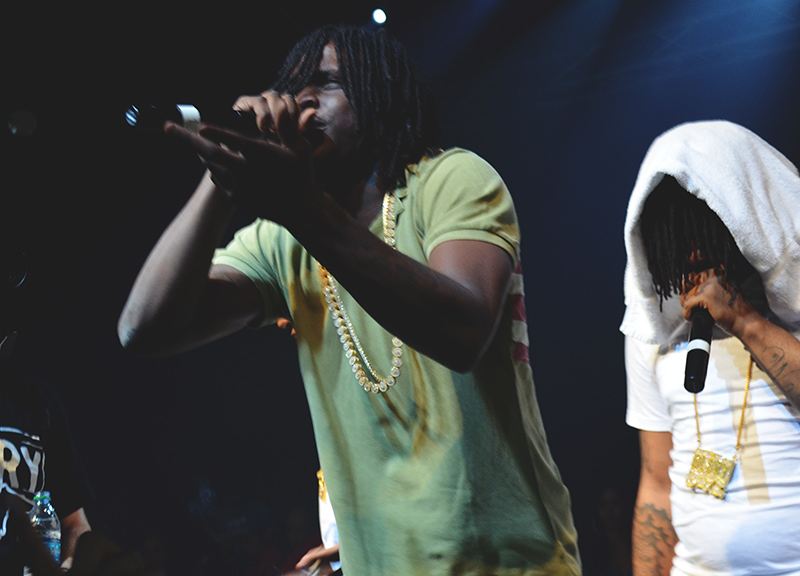 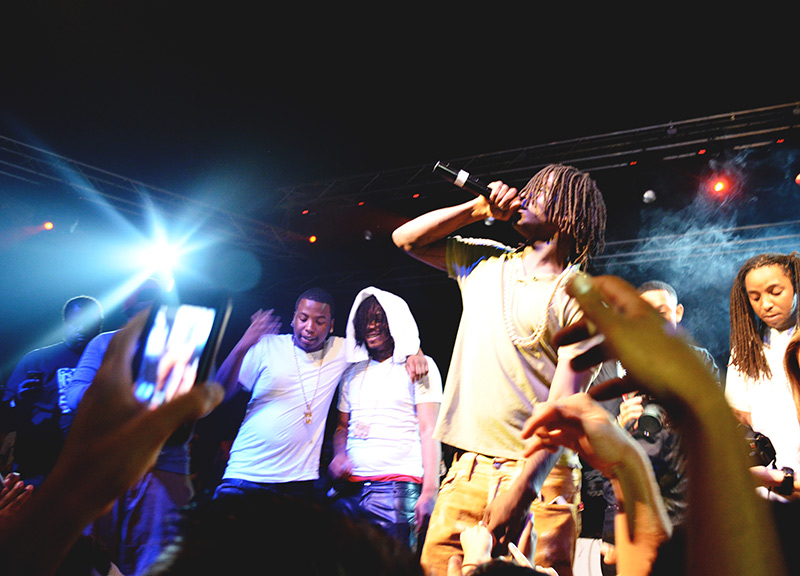 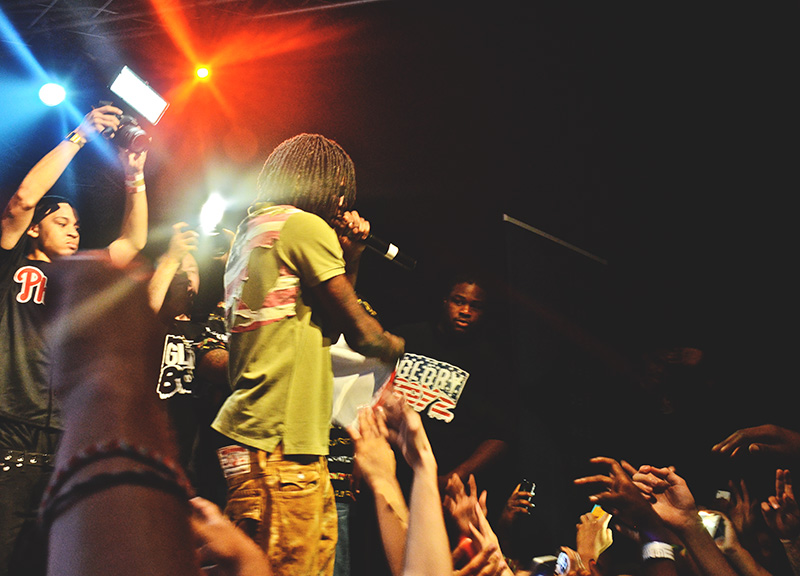