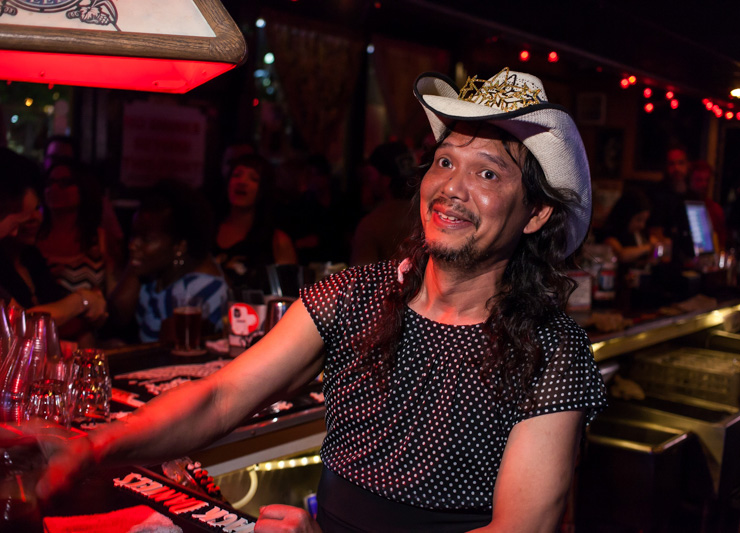 After 12 Years, Don Morrison Stepped Down From His Post Behind The Double Wide Bar Last Night.

Last night, for the second time this summer, The Double Wide bid adieu to one of its mainstays.

Almost three months after bar manager Khurk Maeder bowed out from the venerable Deep Ellum haunt, revered bartender Don Morrison — noted for his heavy pours, his sympathetic ear, his sometimes too-ready laugh and, uh, the fact that he is not Native American — stepped down from his post behind the bar on Tuesday night following one final evening of revelry.

“He's been here since before I bought the place ten years ago,” owner Kim Finch said of Morrison's importance to the bar last night, fighting back tears. “He came with the bar.”

Indeed he did: After tending bar at the similarly esteemed and now-long-shuttered Club Clearview, Morrison moved over to the Double Wide some 12 years ago — a full two years before Finch bought the bar for herself. His decision to step down precedes a planned move to the the Pacific Northwest in the coming months.

Per apparent new Double Wide tradition, Morrison's final night was filled with a number costume changes — no fewer than three separate dresses, plus various hats — and many a goodbye hug, not to mention lewder acts of affection, many of which were captured by photographer David Wilson, who was kind enough to pass along the below photos of the borderline lascivious behavior for your viewing pleasure.

To be sure: The DJ LZRPRK-soundtracked affair was a fun, blurry night filled with the over-the-top antics for which Morrison has become so adored.

It was a fitting goodbye — one far more celebratory than somber.

It was a hero's exit. A deserved one. 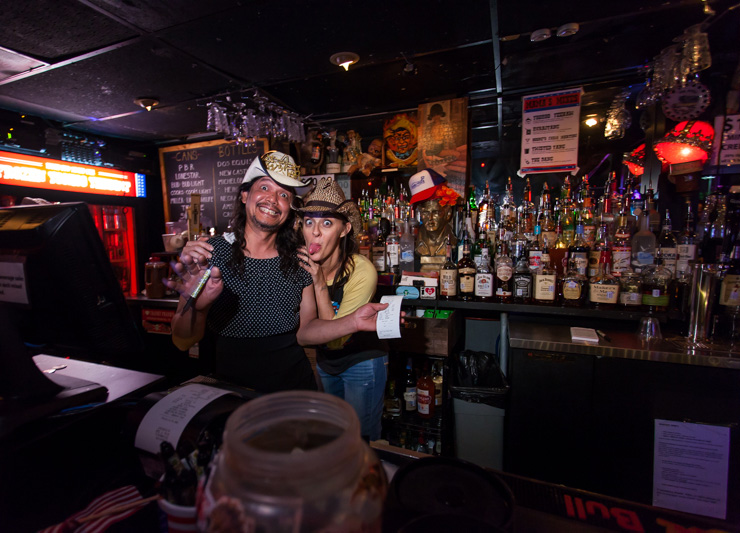 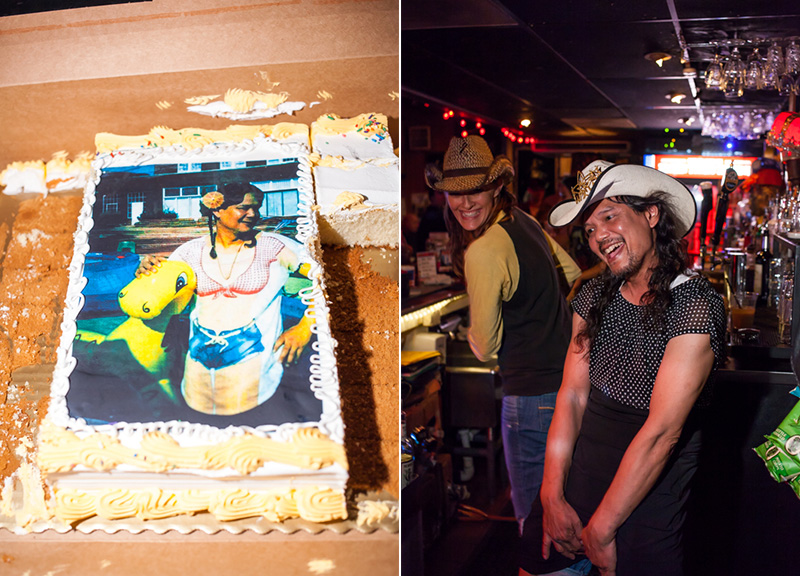 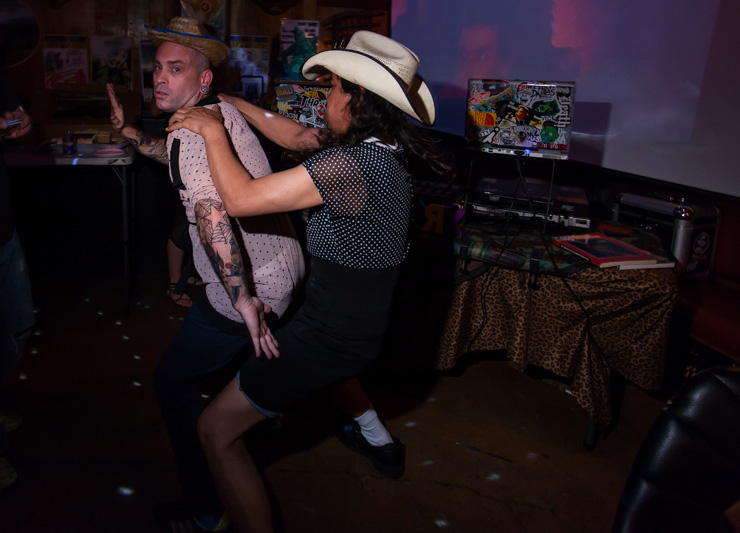 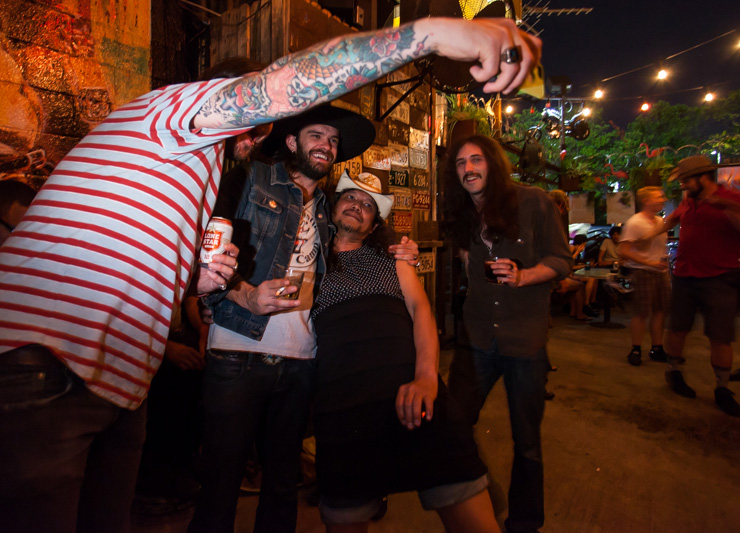 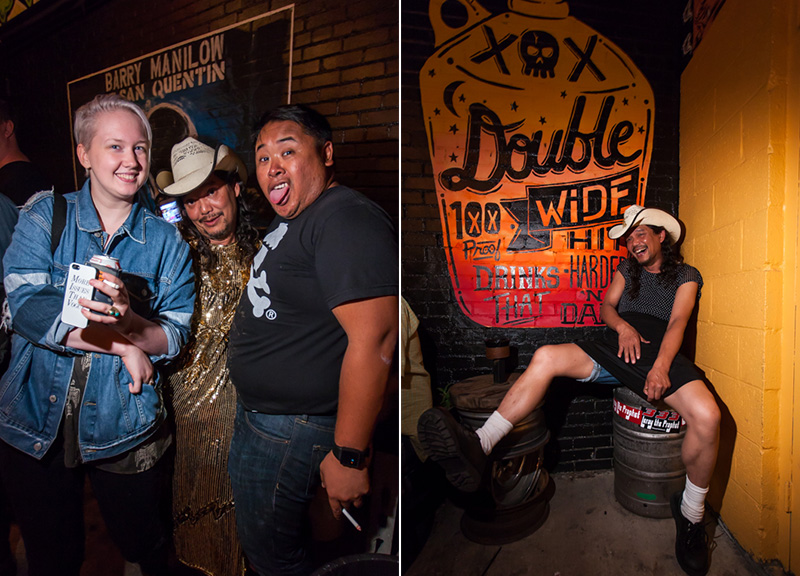 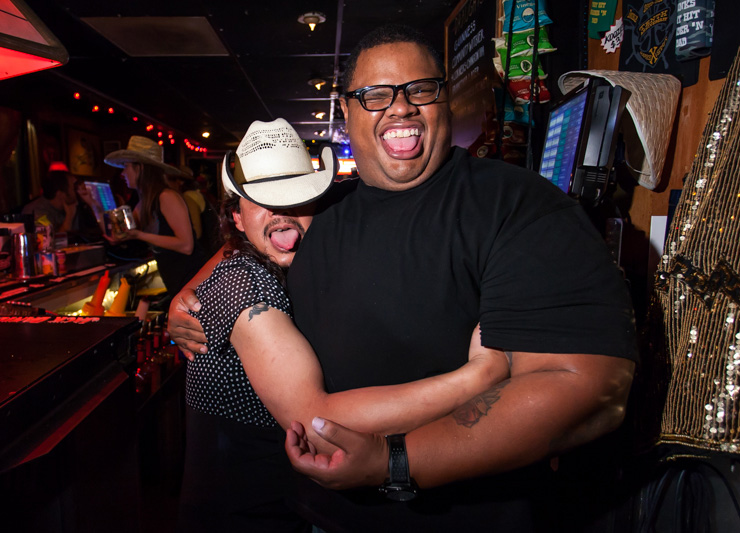 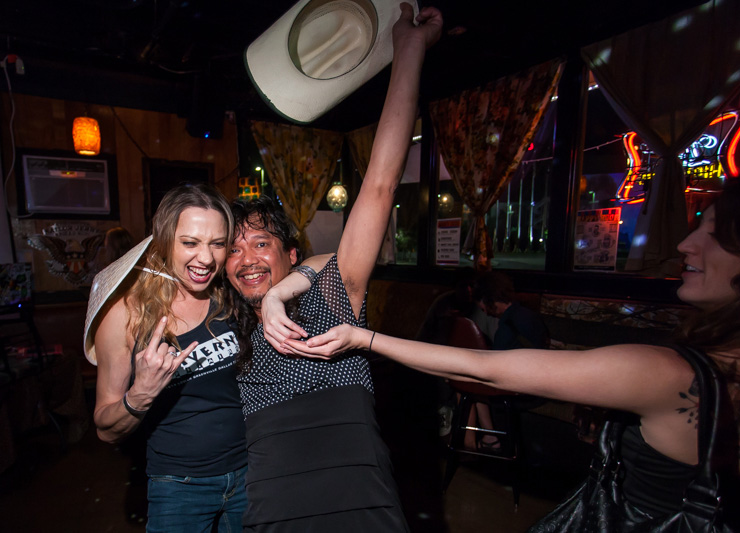 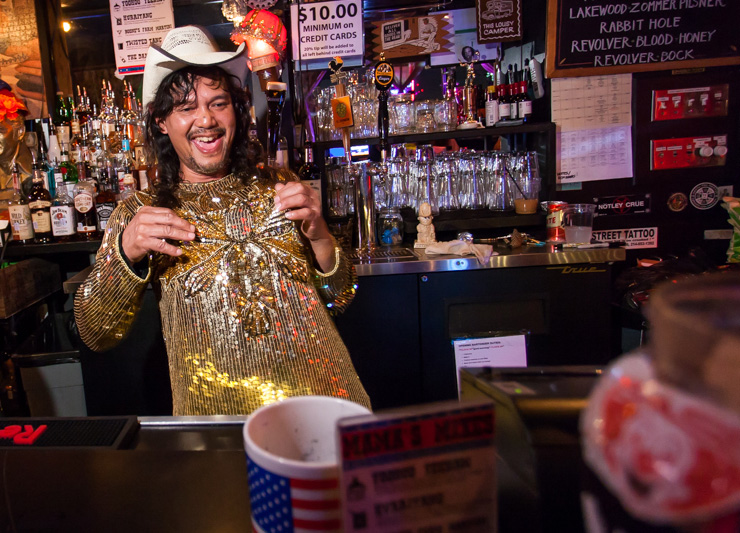 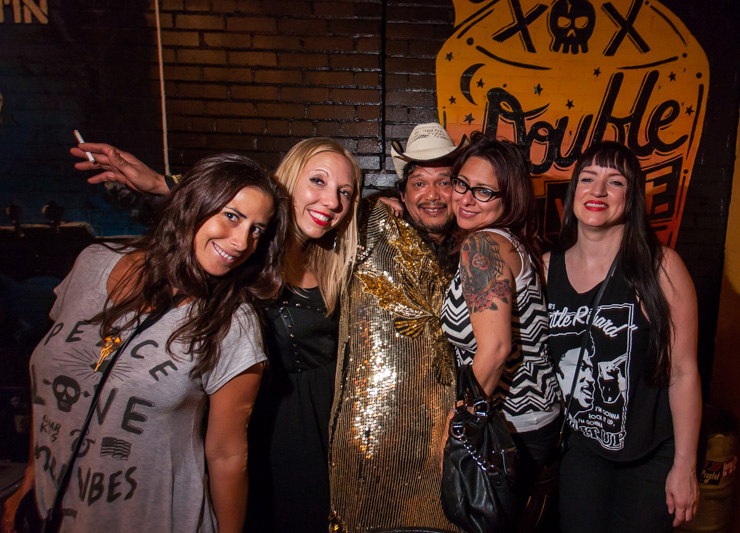 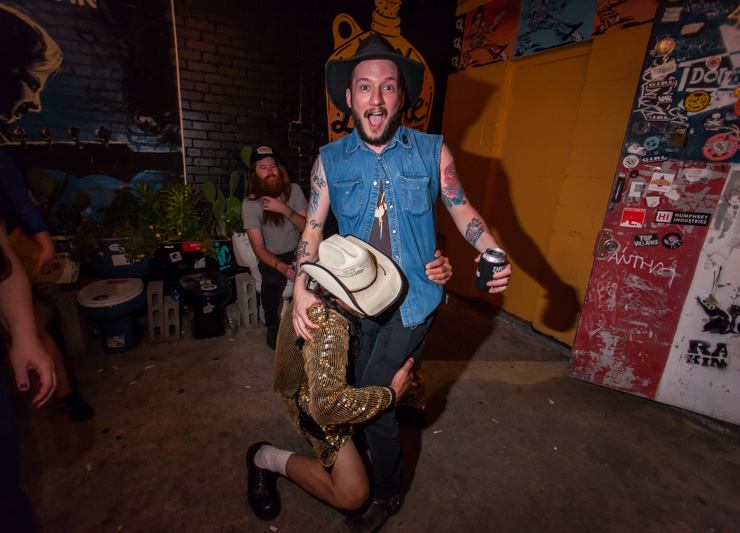 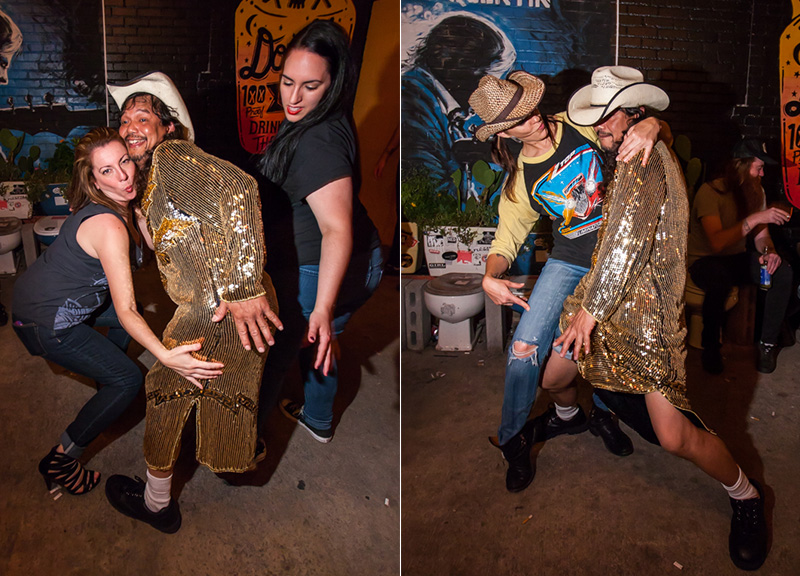 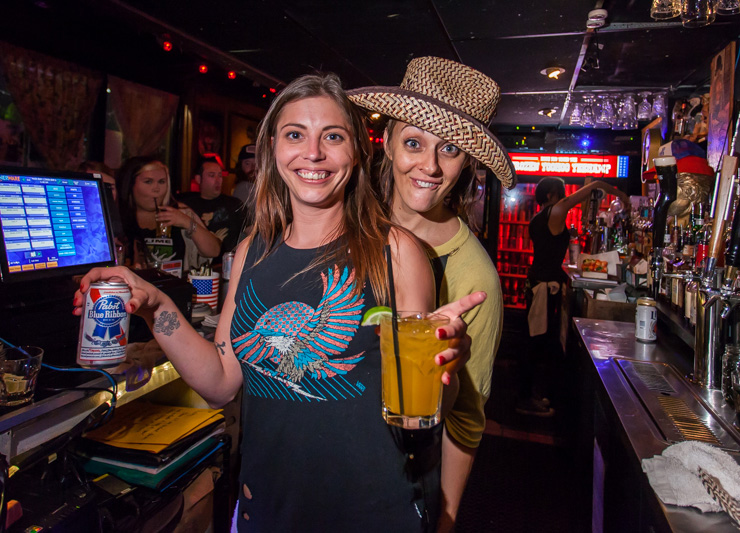 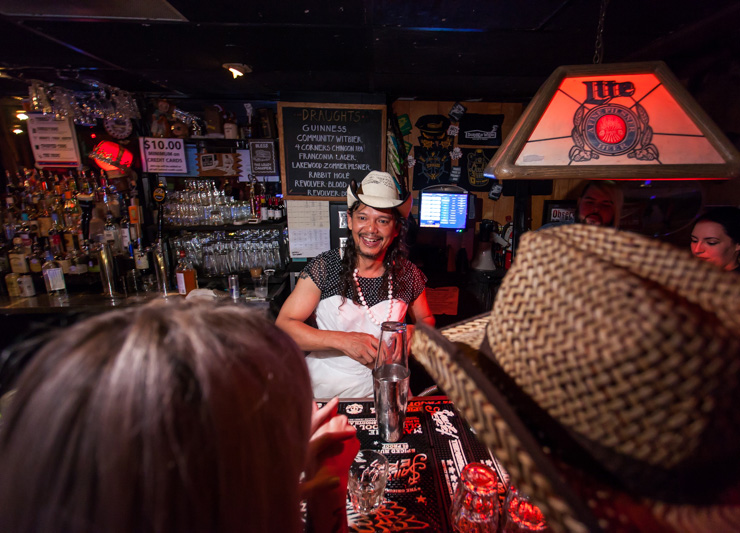 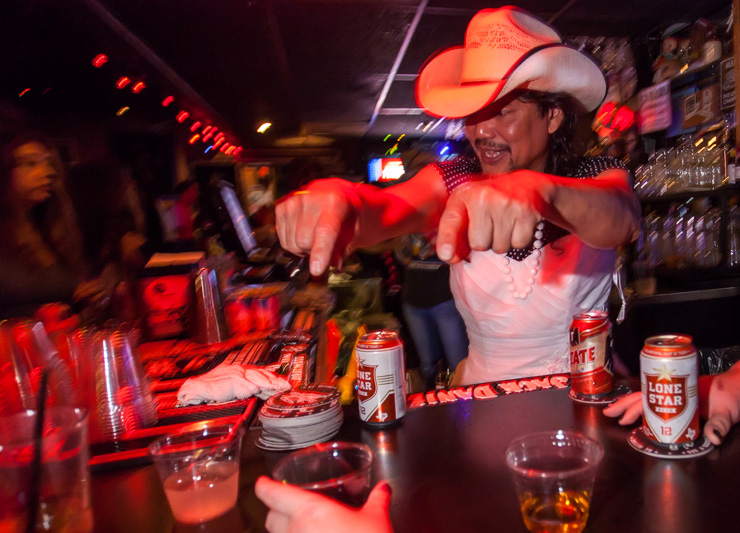 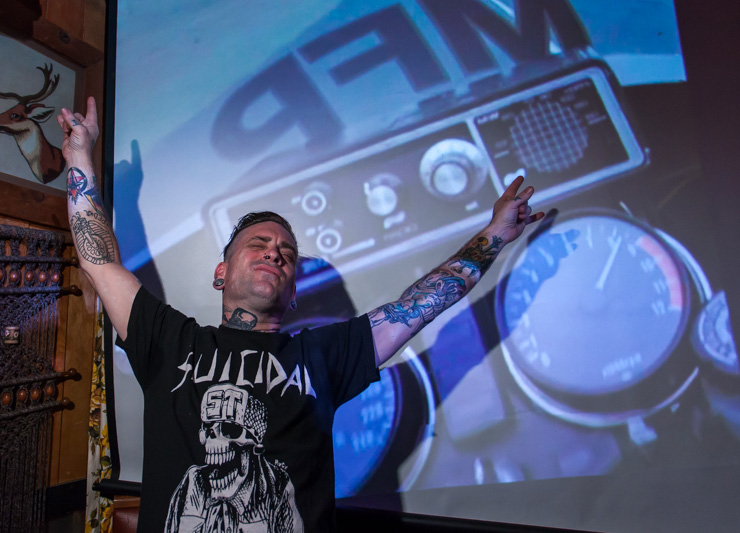 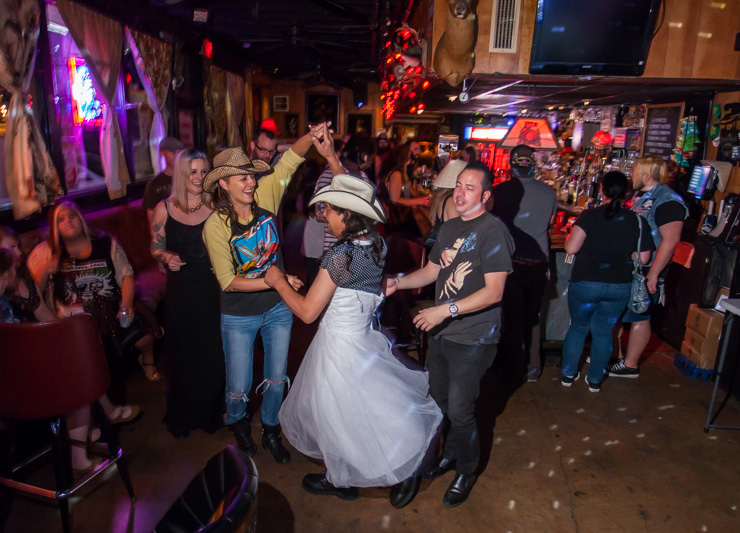 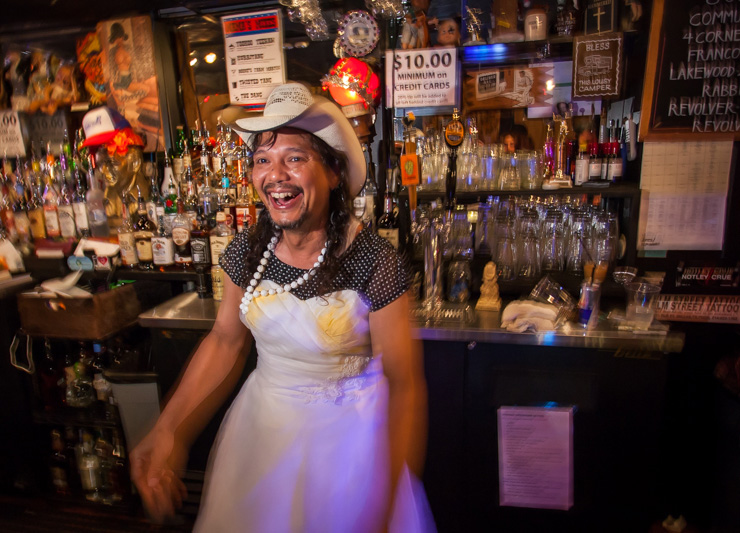 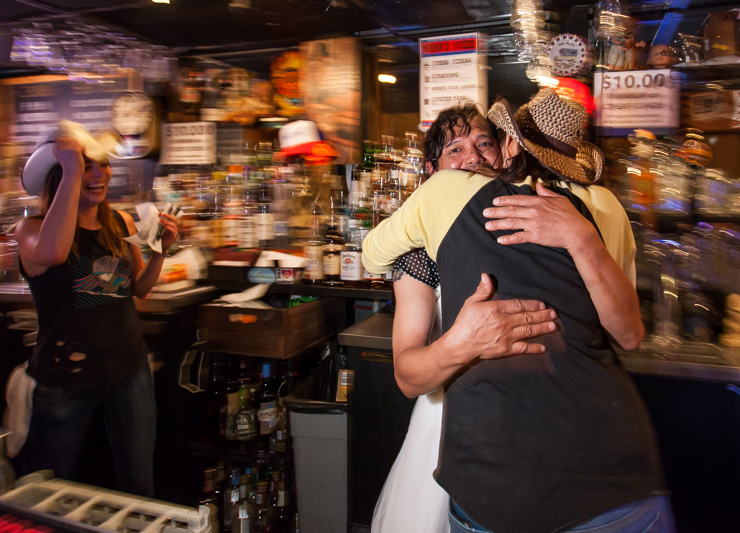